A team of British Covid scientists are set to rake in millions after a biotech firm they founded unveiled plans for a £2.3billion stock market float.

Gordon Sanghera, 60, Hagan Bayley, 70, and Spike Willcocks, 44, could pocket up to £150million between them if Oxford Nanopore – the firm they founded – exceeds its predicted value.

Oxford Nanopore helped to sequence the virus that causes Covid-19 and was awarded a £113million Government testing contract last year.

The firm is valued at about £2.3billion by a top investor but analysts believe that could easily top £4billion.

It needs to hit £2.3 billion for its three founders to see their payouts. 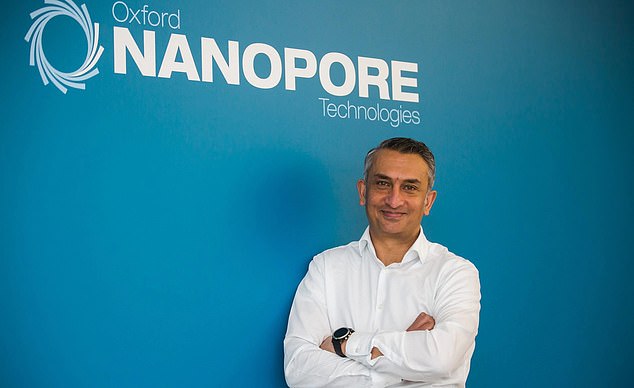 Gordon Sanghera, 60, (pictured), Hagan Bayley, 70, and Spike Willcocks, 44, could pocket up to £150million between them if Oxford Nanopore – the firm they founded – exceeds its predicted values 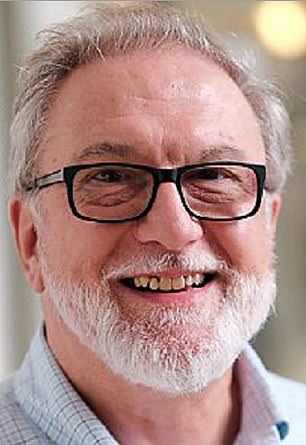 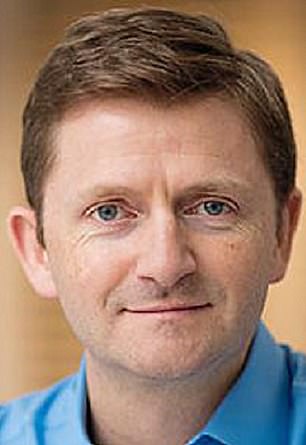 During the Covid crisis, Oxford Nanopore’s technology has been used to identify one fifth of virus genomes by scientists in 85 countries.

The firm – which employs around 500 people in Britain – believes its DNA and RNA-tracking technology can be used in a plethora of other areas, including rapid detection of other diseases, virus immunity checks and tumour sequencing.

IP Group, which owns a 15 per cent stake in Oxford Nanopore, has implied the firm has an overall business value of about £2.3billion.

But analysts believe the company could ‘comfortably’ fetch a price tag of £4billion.

That would mean chief executive Mr Sanghera, 60, could see his 1.6 per cent stake valued at more than £62million.

Prof. Bayley’s ex-wife, Orit Braha, is also in line to receive almost £22million, according to filings at Companies House.

Oxford Nanopore – which is headquartered in Oxford Science Park but has offices in Shanghai, Beijing and San Francisco – was awarded  a £113million testing contract by the Government in July. 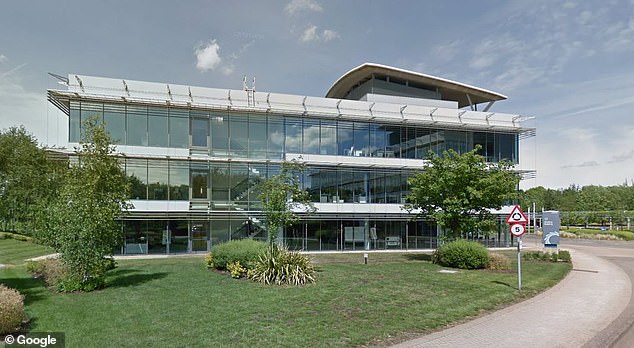 Oxford Nanopore – which is headquartered in Oxford Science Park (pictured) but has offices in Shanghai, Beijing and San Francisco – was awarded a £113million testing contract by the Government in July

But it was later revealed that the firm’s vice president Emma Stanton finished a job at England’s Test and Trace programme shortly before joining – raising concerns about conflict of interest.

The investor, which helps to commercialise ideas coming out of universities, owns a 15 per cent stake it values at about £340.3million, implying Oxford Nanopore is worth about £2.3billion.

Analysts believe the price tag could rise to £4billion, meaning IP Group could be in line for as much as £516million.

IP claims to have helped create more than 300 companies, owning assets worth £1.2billion.

Oxford Nanopore said Ms Stanton did not make decisions on what contracts were given to the firm.

He said: ‘We believe an IPO is the start of the next phase of our journey. Access to deeper, international pools of capital would support our ambitious growth plans, enhancing our ability to innovate and scale our manufacturing and commercial functions.’

Its technology is based on moving DNA samples through tiny holes – called nanopores – and measuring how they react to electrical currents.

Its portable device – Minion – for this type of testing is the size of a smartphone, and removes the need for heavy equipment. It has been used in the field to sequence strains of the Ebola virus, zika and Covid-19.

Disgraced fund manager Neil Woodford was among Oxford Nanopore’s backers before he was ousted from his funds, but investors in his flagship fund will miss out on profits from the listing later this year.

Administrators sold his 12 per cent stake to US firm Acacia for £20.8million last year. Those shares are now thought to be worth at least £80million.