Twin brothers in the occupied West Bank have converted an old Boeing 707 into a cafe and restaurant.

The territory has no civilian airport and those who can afford a plane ticket must catch their flights in neighbouring Jordan, so few Palestinians ever get to board a plane.

But just outside the northern city of Nablus, Khamis al-Sairafi and brother Ata are offering people the next best thing. 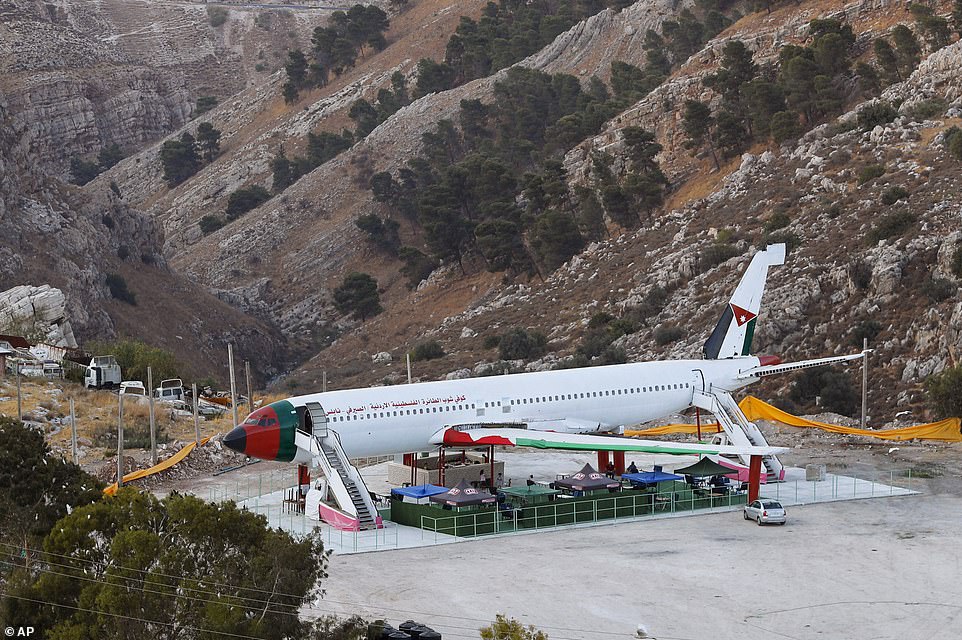 Twin brothers in the occupied West Bank have converted an old Boeing 707, pictured, into a cafe and restaurant

‘Ninety-nine per cent of Palestinians have never used an airplane. Only our ambassadors, diplomats, ministers and mayors use them. Now they see an airplane and it is something for them,’ said Khamis al-Sairafi.

After a quarter of a century of effort, the brothers opened The Palestinian-Jordanian Airline Restaurant and Coffee Shop al-Sairafi on July 21.

Families, friends and couples turned up for drinks in the cafe situated below the body of the plane.

Many others came to take photos inside at a price of five shekels (about £1.10) per person. 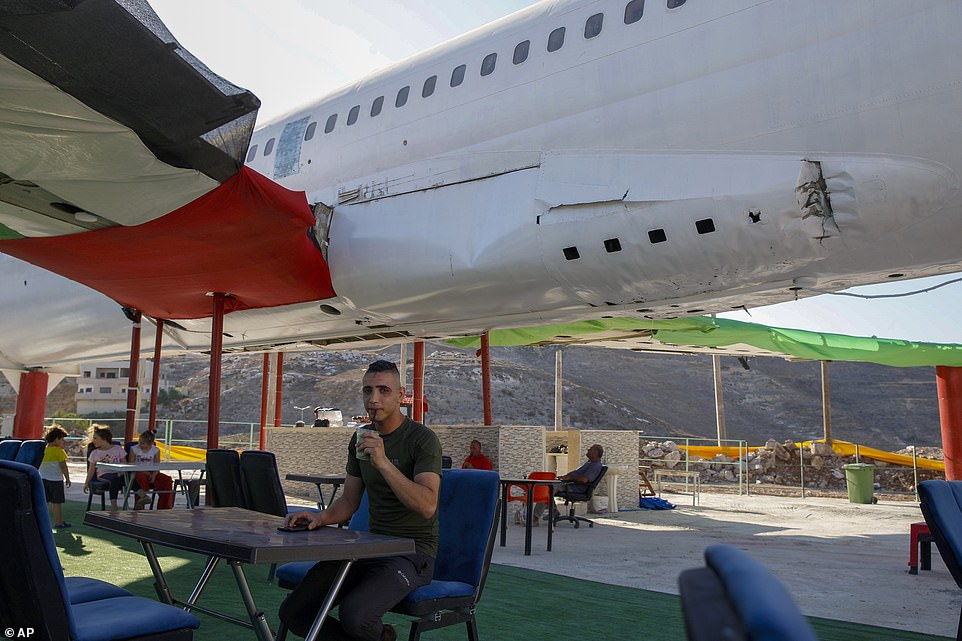 Customers said they were motivated to visit after seeing pictures of the renovated plane circulating online.

‘For a long time, I have wanted to see this place. I wish I had seen this place before it was turned into a cafe,’ said customer Majdi Khalid.

For years, the jetliner sat along the side of a major road in the northern West Bank, providing endless fodder for conversation for passers-by baffled by its hulking presence. 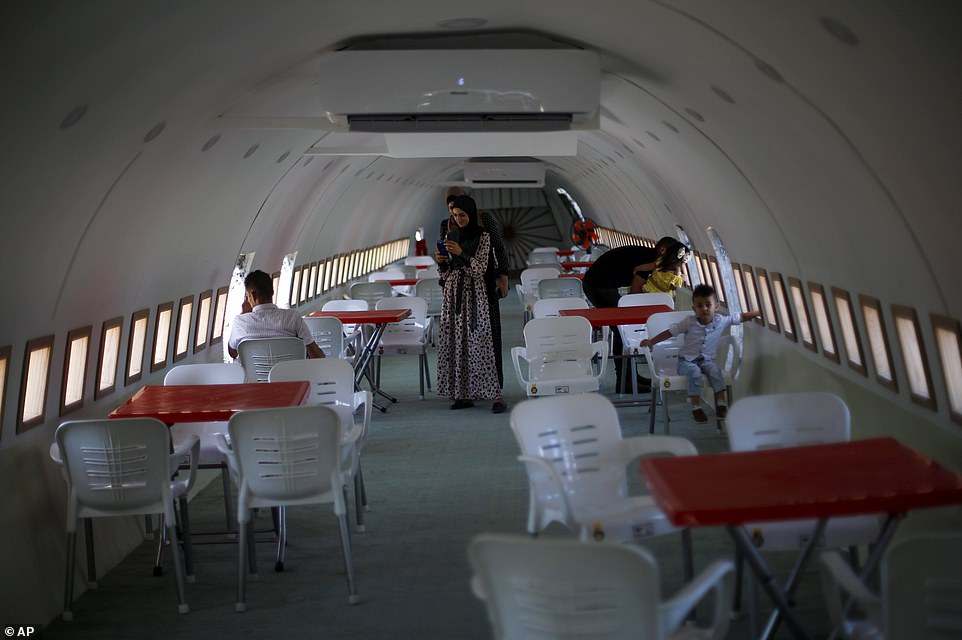 The 60-year-old identically dressed twins’ dream of transforming the plane into a cafe and restaurant was born in the late 1990s when Khamis saw the derelict Boeing aircraft near the northern Israeli city of Safed.

At the time, the plane already had an illustrious history.

The aircraft was used by the Israeli government from 1961 to 1993 and flew then-prime minister Menachem Begin to the United States in 1978 to sign Israel’s historic peace agreement with Egypt, according to Channel 12 TV.

It was later bought by three Israeli business partners who dreamed of turning it into a restaurant, but the project was abandoned following disagreements with local authorities, the station said.

Khamis said the then-mayor of Nablus, Ghassan Shakaa, quickly approved the transportation and renovation of the plane.

Moving the plane to Nablus was a 13-hour operation, requiring the wings to be dismantled and the temporary closure of roads in Israel and the West Bank. 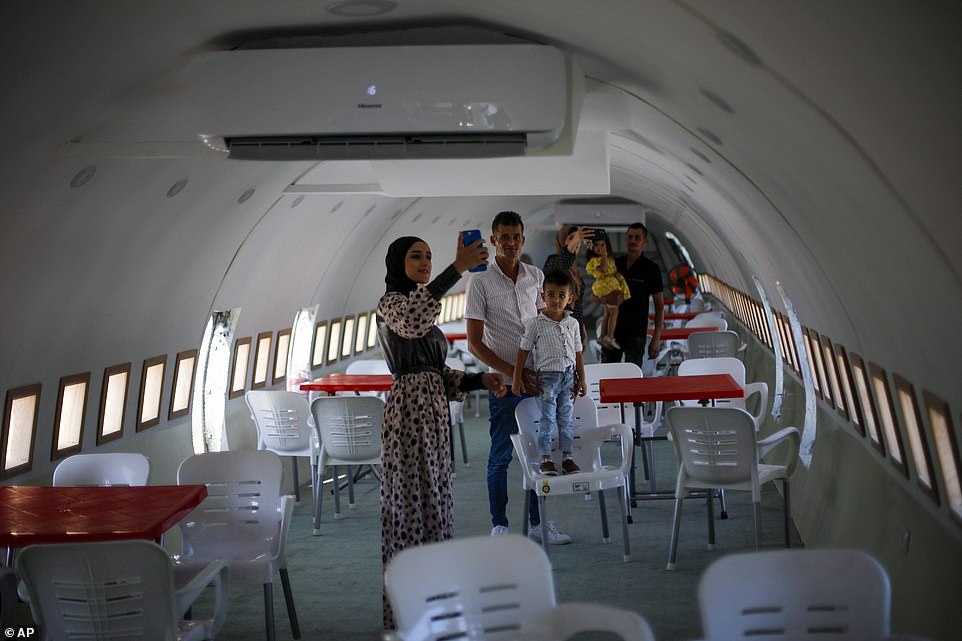 The interior is freshly painted, fitted with electricity and nine tables and the doors are connected to two old jetways allowing customers to board safely

At the time, Israel and the Palestinians were engaged in peace talks and movement back and forth was relatively easy.

The al-Sairafi brothers were successful traders and scrap metal merchants.

They regularly travelled to and from Israel buying pieces of metal that they then sold and smelted in the West Bank.

The brothers also owned a successful waste disposal business and used their earnings to build an amusement park – including a swimming pool and concert venue – on the same patch of land where the plane was placed.

But they said their project was put on hold after the outbreak of the second Palestinian uprising in late 2000.

An Israeli military checkpoint was built nearby, they said, preventing customers from the nearby city of Nablus from reaching the site.

The checkpoint remained for three years and the Israeli military took over the site.

‘They even built tents under the wings of the plane,’ Ata al-Sairafi said.

The Israeli military did not respond to a request for comment.

For nearly 20 years, the plane and the site were abandoned. 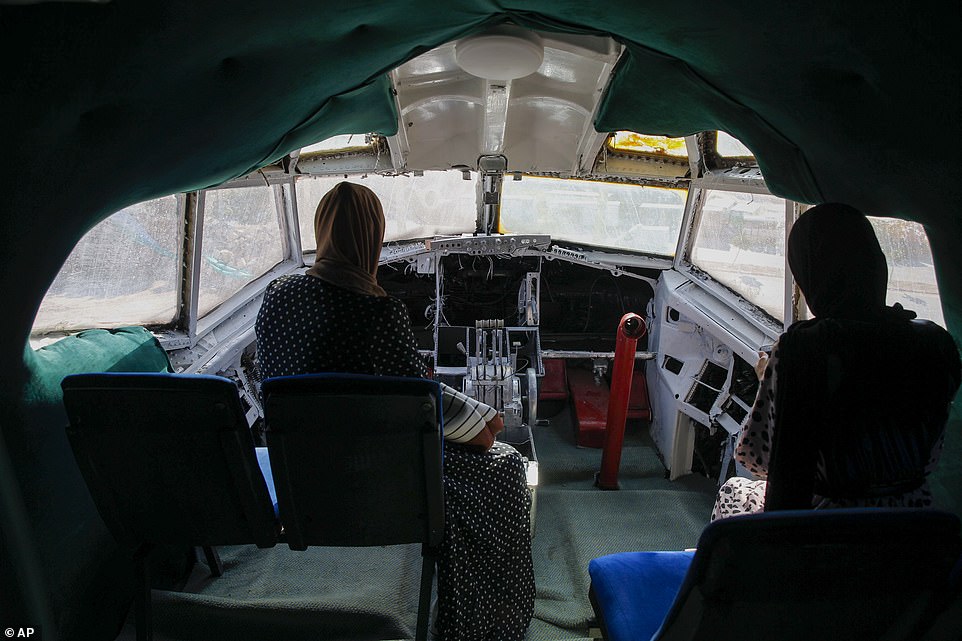 After the uprising faded out in the mid-2000s, the brothers scraped by with their waste disposal business and the small amusement park in Nablus they opened in 2007.

After more than a decade of saving, they decided in 2020 to begin rebuilding what they lost, this time starting with the renovation of the plane. 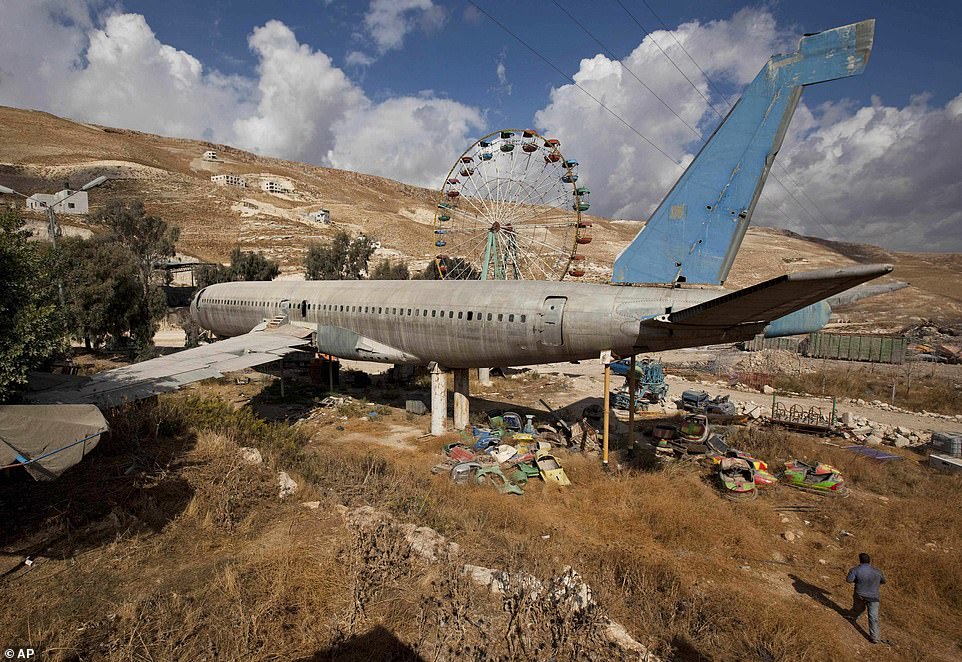 The aircraft, pictured here in 2009 awaiting conversion, was used by the Israeli government from 1961 to 1993 and flew then-prime minister Menachem Begin to the United States in 1978 to sign Israel’s historic peace agreement with Egypt, according to Channel 12 TV

Following months of work, the aircraft is almost ready for full service.

The interior is freshly painted, fitted with electricity and nine tables and the doors are connected to two old jetways allowing customers to board safely.

The nose of the plane has been painted with colours of the Palestinian flag and the tail with Jordanian colours. 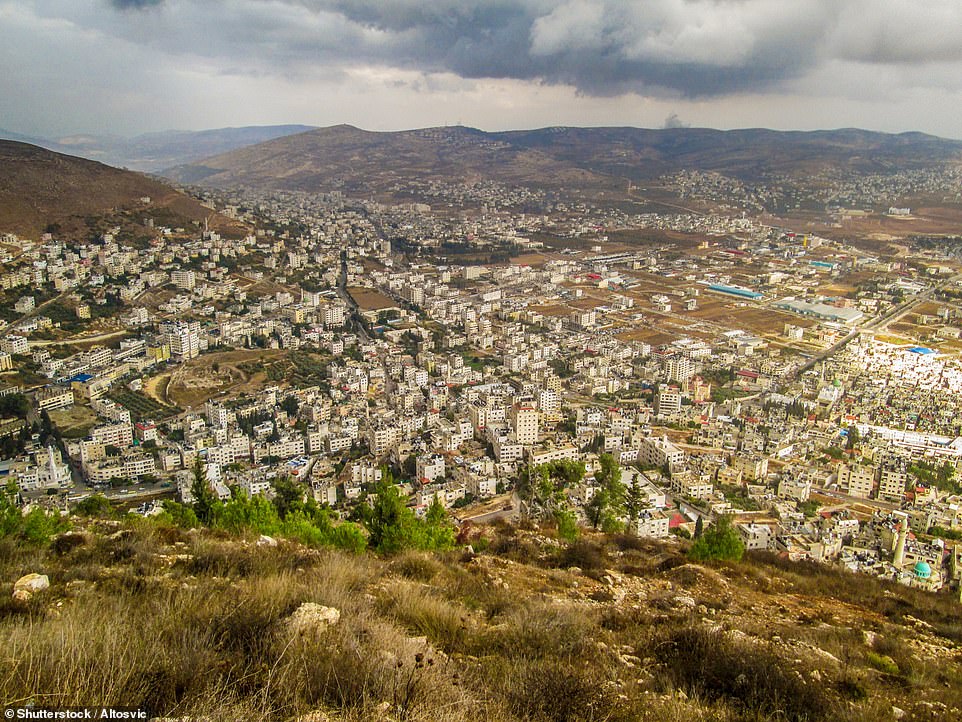 The plane/cafe is located just outside the northern city of Nablus, pictured

The cafe is already open and the brothers hope to open the restaurant next month.

They plan to install a kitchen below the body of the plane to serve food to customers on board.

However, their long-term goal of rebuilding the amusement park and swimming pool remains a long way off.

The pair said they were disappointed they had not received financial support from the municipality and are looking for investors.

‘God willing, I hope the project works and that it becomes the best it can be,’ said Ata al-Sairafi.

Emma Raducanu coaching herself at Transylvania Open as Brit still yet...