The Professor was the third contestant to be unmasked on Sunday night’s episode of The Masked Singer.

After a sea of chants to ‘take it off’, the mystery celebrity was revealed to be iconic Australian singer Ben Lee.

The dramatic unveiling shocked all of the judges, after none were able to guess his identity throughout the competition. 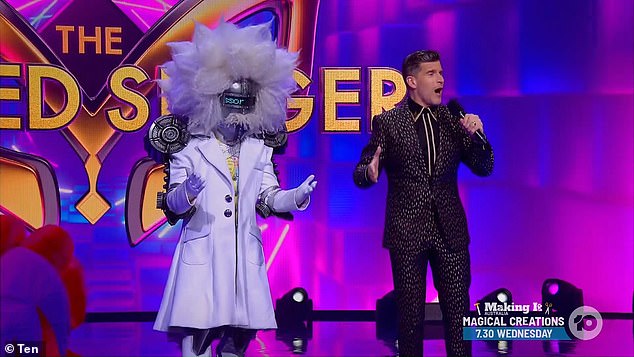 Big reveal: The Professor was the third character to be unmasked on Sunday night’s The Masked Singer

‘How did nobody guess Ben? We were not even close!’ Dannii Minogue said after learning the news.

Earlier in the episode, Dannii had guessed Jimmy Rees, Dave Hughes went with Simon Baker, Jackie ‘O’ Henderson had guessed Zac from Hanson while Urzila Carlson thought it was Brandon Flowers from The Killers.

But they all gasped upon hearing it was the Noise Addict star, who later said he was elated not to have been voted out first in the competition.

When asked by host Osher Günsberg why he had decided to do the show, Ben replied: ‘I like to do anything that makes me feel weird. When I heard about this I thought – this is so weird, I’m into it.’ 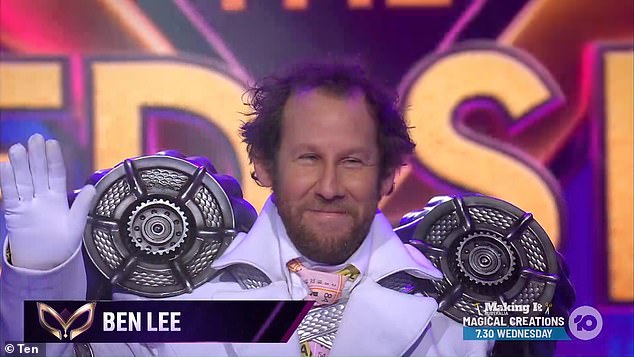 Surprise! After a sea of chants to ‘take off’ the mask, the celebrity was revealed to be singer Ben Lee – with the dramatic unveiling shocking all of the judges, who all failed to guess his name throughout the series

‘Once you become a parent, you do a lot of stuff to entertain your kids.’

The judges said they were most miffed with a clue involving roses, to which Ben replied: ‘That’s because I was in a movie called The Rage in Placid Lake with Rose Byrne!’

Ben is the third contestant to be unveiled on the show, after celebrity chef George Calombaris was unmasked as The Duster a week prior.

‘I can’t believe I’ve just done this,’ George said after taking his mask off. 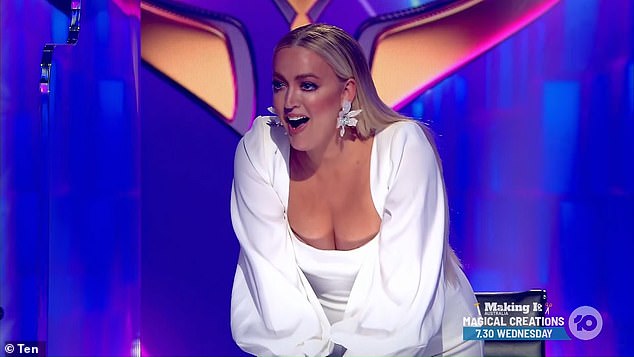 Shocked: Jackie ‘O’ Henderson gasped as she heard the news, while Dannii Minogue exclaimed ‘How did nobody guess Ben! We were not even close’

‘This is so insane – 11 years of MasterChef, that’s pretty easy compared to this,’ he told the judges.

In week one, English actor and former professional footballer Vinnie Jones was revealed to be underneath The Volcano. 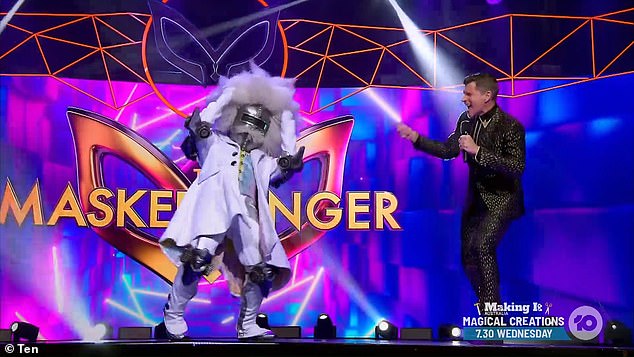 Decision: When asked by host Osher Günsberg why he had decided to do the show, Ben replied: ‘I like to do anything that makes me feel weird. When I heard about this I thought – this is so weird, I’m into it’