A month later than planned, the £6million show opened to a full-capacity crowd for the first time.

On July 19, Lord Lloyd-Webber was forced to cancel the opening night just hours before curtains up after only one cast member tested positive for coronavirus.

But last night, the 73-year-old producer was joined at the premiere by the show’s writer, Emerald Fennell. 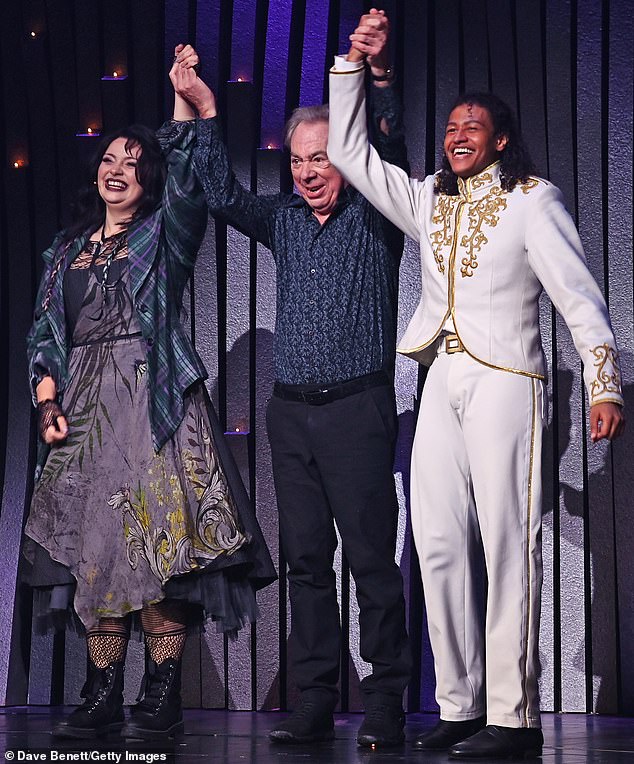 The Oscar-winning writer and actress, 35, who played the Duchess of Cornwall in The Crown, said it had been a relief ‘to work on something unashamedly joyful’ during the pandemic.

She added: ‘Let’s face it, no one wants a harrowing, modernist Cinderella with an interpretive dance about loneliness at the end.’

‘The impossible conditions created by the isolation guidance mean that we cannot continue,’ he said. 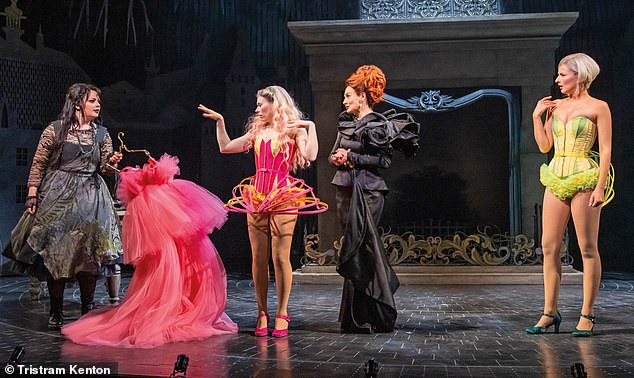 Hope Fletcher, Laura Baldwin, Victoria Hamilton-Barritt and Georgina Castle on stage during a scene of Cinderella at the Gillian Lynne Theatre last night

‘My sadness for our cast and crew, our loyal audience and the industry I have been fighting for is impossible to put into words.’

Cinderella opened to a 50 per cent capacity crowd at the Gillian Lynne Theatre in June.

Other West End shows that had to postpone performances include Hairspray and The Prince Of Egypt.

PATRICK MARMION: It’s a glitterball hit, with all the joy of a panto out of season!

By Patrick Marmion for the Daily Mail

The trials of Cinderella are as nothing compared with those of Andrew Lloyd Webber.

The opening of his latest musical last night should have happened last summer, but was repeatedly scuppered … first by the pandemic and then by the pingdemic.

The good Lord even threatened to join the jailbirds at Her Majesty’s Prisons rather than carry on running his theatres at reduced capacity.

But now, at last, it is Cinderella who takes centre stage, in the form of leading lady Carrie Hope Fletcher, giving a sharp poke in the eye to the Disney idea of feminine virtue. 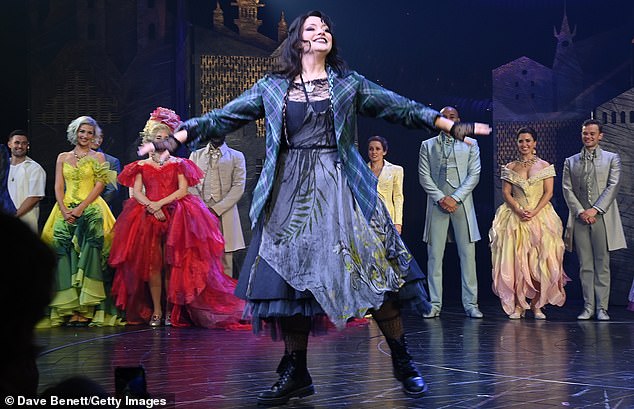 She gives us a sarky, surly, gothic Cinderella who’s more into black lipstick and DMs than pumpkin carriages and glass slippers.

Thanks to a scorched earth re-write of the fairy tale by Emerald Fennell, who won an Oscar for the screenplay of her revenge movie Promising Young Woman, she’s a heroine for our merry age of Gogglebox, Love Island and #MeToo feminism. From start to finish, this is basically a panto out of season. 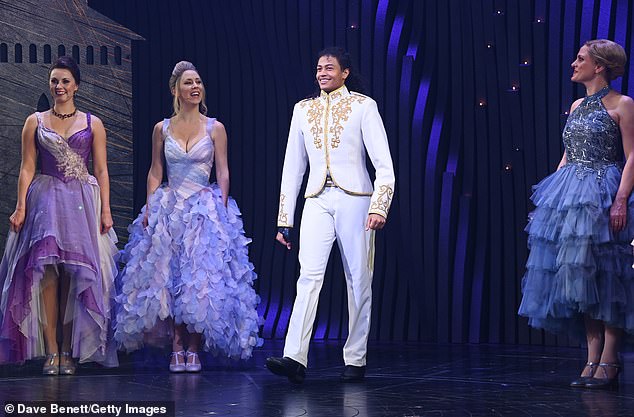 Ivano Turco, pictured centre, bows at the curtain call during the press night performance of Cinderella at the Gillian Lynne Theatre on August 18 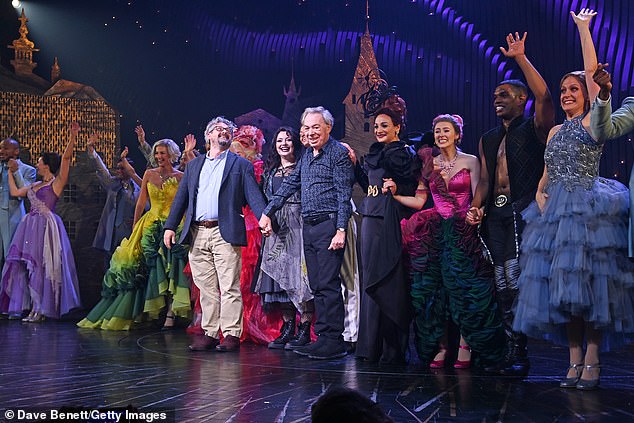 We’re treated to a glittering parade of glorious kitsch, with wobbly cartoon sets for the chocolate box of Belleville.

But it’s Lloyd Webber’s music that does the heavy lifting, with one of his most varied scores.

The first big tune is Hope Fletcher’s rocky anthem of mock self-reproach, Bad Cinderella. But her acoustic duets, riffing with Sebastian, afford some of the sweetest moments. Seb gets to bawl his eyes out with a typically lush Only You. Then Cinders unleashes the show’s biggest, string-drenched, swoony number, Far Too Late (To Sing A Love Song).

For all their earnest romance, though, and talk about authentic love, the real fun is (as usual) to be had with the baddies. 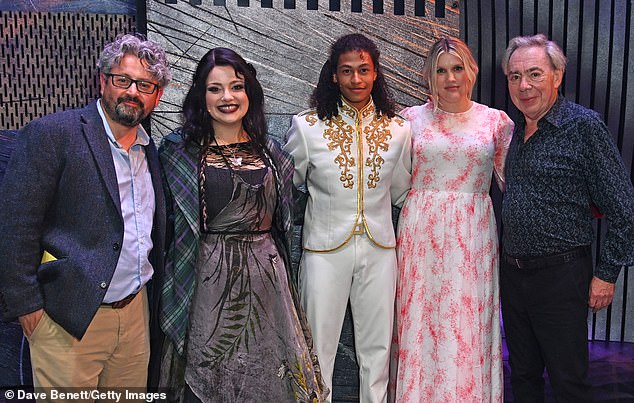 The Queen and the Stepmother scratch each others’ eyes out in the comic blackmail song I Know You. (The Stepmother demands a deal for her daughters and reveals that she knew the Queen when she worked upstairs … at a house of ill repute.)

There’s also a Chippendales set piece (for hen parties), executed by the Queen’s guard: a troop of bare-chested, leather-bottomed toy boys. It’s still a family musical, though; and my 11-year-old certainly took it all in her stride.

After so much time waiting for this to finally happen, Lloyd Webber can be sure of one other thing, too. And that is that the earth literally moved for us all … as the front of the stalls rotated with the stage after the interval for the company waltz at the palace ball.