The Wanted have confirmed they will return for a new album and live show, seven years after announcing their separation, with proceeds going towards cancer research.

Band-members Max George, Tom Parker, Nathan Sykes, Jay McGuiness and Siva Kaneswaran had originally planned to reform for their 10th anniversary in 2020, before the global pandemic forced them to delay the announcement.

The group suffered a further setback after Tom, 33, revealed he had been diagnosed with a malignant brain tumour later that year. 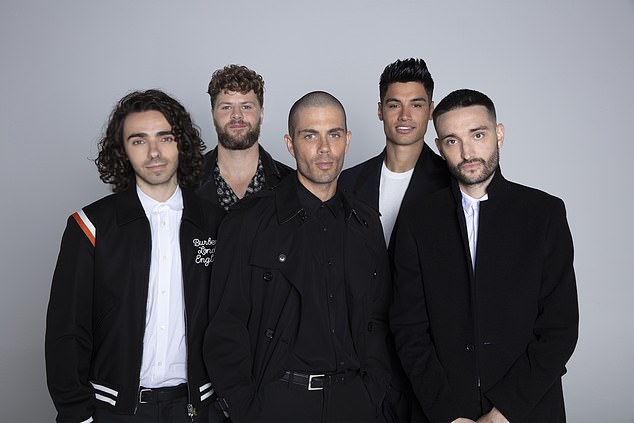 Welcome back lads: The Wanted have confirmed they will return for a new album and live show, seven years after announcing their separation, with proceeds going towards cancer research

The news prompted him to stage a huge pop concert at London’s cavernous Royal Albert Hall to raise crucial funding for more medical research after he discovered  only one percent of the National Cancer research budget went to researching new treatments for brain tumours.

After contacting his four former bandmates, the group made the decision to kick-start their reunion plans – with a brand new single unveiled in London on Wednesday morning.

Speaking to The Sun, Tom said: ‘It feels amazing it is quite nice to be able to do something that is not related to treatment, it is like nothing has ever changed.’ 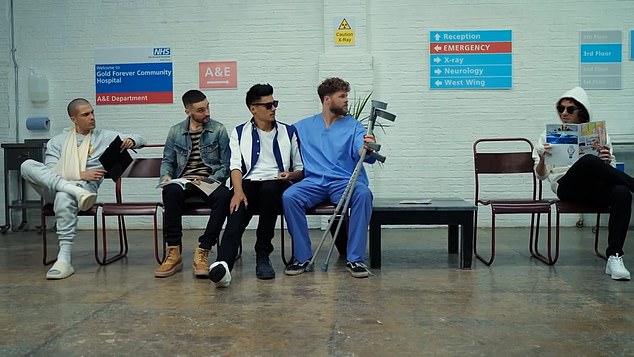 Obstacles: The band (pictured in a launch video released on Wednesday) originally hoped to reform for their 10th anniversary in 2020, but the global pandemic and Tom Parker’s brain tumour diagnosis derailed their plans 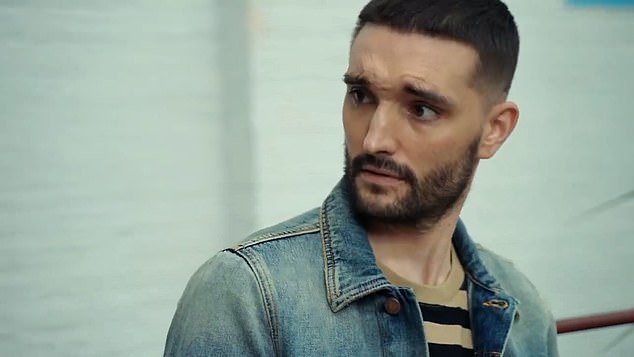 Of the new single, which was written by bandmate Max, Nathan added: ‘It is really good, we are really excited.

‘It was really nice doing it in the studio, Jay and Siva recorded in the US and us three recorded it over here. It is lovely being back together.’

The new album includes mega-hits All Time Low and Glad You Came, the 2010 Comic Relief single Gold Forever, Chasing The Sun, Walks Like Rihanna, I Found You, Warzone, Show Me Love, plus the  brand new track penned by Max. 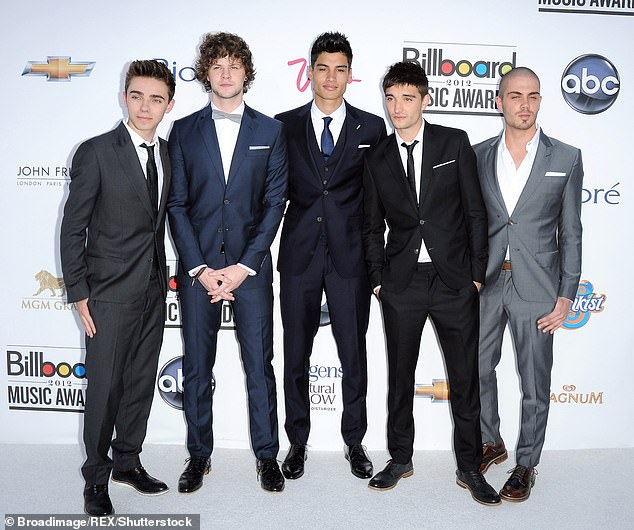 Old times: The Wanted released three studio albums between 2010 and 2013. Their last LP, Word of Mouth, was released eight years ago and was a top 10 hit in the UK (pictured in 2012)

Charity concert Inside My Head will take place on September 20th at London’s Royal Albert Hall in aid of Stand Up To Cancer.

The band have also shared a video announcement with fans, which they captioned on Instagram: ‘Here we go!! We are MEGA excited to announce that we are BACK and will be releasing our Greatest Hits Album on November 12th!!

‘We’ll also be performing LIVE at the @royalalberthall as part of @tomparkerofficial ‘Inside My Head’ concert. It’s been far too long… Let’s do this!” 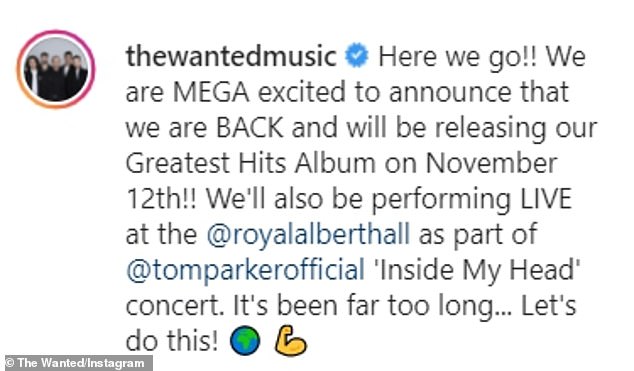 Here we go: The band have also shared a video announcement with fans, which they posted on Instagram

An insider recently claimed they are all “really excited” about their reunion and are all eager to “recreate the magic of before”.

They said: ‘There will be new music and performances, plus they want to use this opportunity to raise money for cancer charities. They are planning to make an official announcement on Wednesday.

‘Everyone is really excited to be back together and they can’t wait to recreate the magic of before.’

The Wanted released three studio albums between 2010 and 2013. Their last LP, Word of Mouth, was released eight years ago and was a top 10 hit in the UK.

Since going their separate ways, Tom, Nathan, Max and Siva have had successful solo and acting careers, while Jay became a hit on the West End and was also crowned the winner of Strictly Come Dancing in 2015.

Alyssa Milano has 'guilt' over how she caused 'tension' with ...

Nadia Bartel is deleted from the Melbourne Cup website after white-powder...

David Arquette listens to music as he whizzes through West Hollywood...

Alyssa Milano has 'guilt' over how she caused 'tension' with ...

Nadia Bartel is deleted from the Melbourne Cup website after white-powder...