‘There’s no hiding we are getting older’: Gareth Bale reveals this World Cup qualifying campaign could be his last, with Wales star turning 33 before next year’s tournament in Qatar

Gareth Bale admits his international career could be drawing to a close with Wales’ current World Cup qualifying campaign possibly his last.

Wales play the Czech Republic in Cardiff on Tuesday seeking their first points in Group E after an opening defeat to Belgium.

Bale and company still have this summer’s delayed European Championship finals to look forward to, but Tottenham’s Wales captain will be 33 by the time of the 2022 World Cup finals in Qatar. 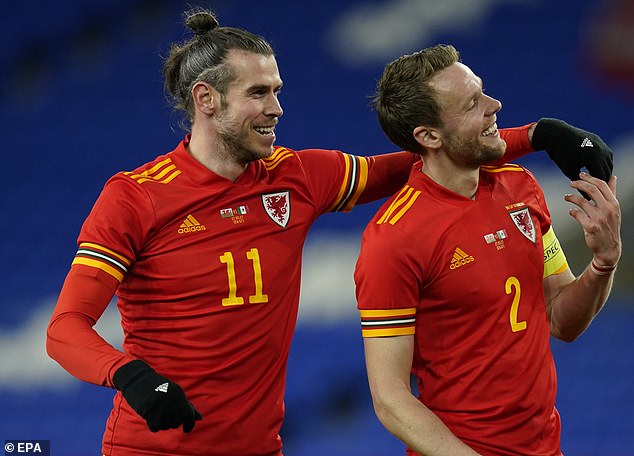 ‘I haven’t really thought too much past this campaign,’ said Bale, who insisted he had not been ‘disrespectful’ last week when outlining his end-of-season plans to see out the final year of his Real Madrid contract.

‘Obviously, there’s no hiding we are getting older and possibly it is the last campaign. If it is, then it won’t change my mindset. I’m going to be 100 per cent committed like always.

‘We still have a big tournament to play in the summer and then continue with these qualifiers after. I’m purely focused on the present and what is happening now. Whatever will happen in the future will happen.’

Bale had a slow start to his Spurs return on a season-long loan from Real after arriving with ‘a little problem in my knee’. But he scored six goals in as many games in February and early-March, and says he has the ‘form and speed’ to trouble Czech opponents, who have opened their campaign by beating Estonia and drawing with Belgium.

Bale said: ‘Confidence is a massive thing in football. Whether you are the best player or the worst, confidence as a footballer, especially for me, is one of the most important things.

‘Playing in the final third you need to take risks, you need to feel good about yourself and to be able to beat a defender, shoot and score goals. I wouldn’t say it’s a must-win match, but we want to win the match.

‘We don’t want to start a campaign off with two losses straight away. In the last Euros campaign, we started with a win but we had two defeats on the bounce. We’re not thinking of losing. We understand it’s not a sprint, it’s a marathon.’ 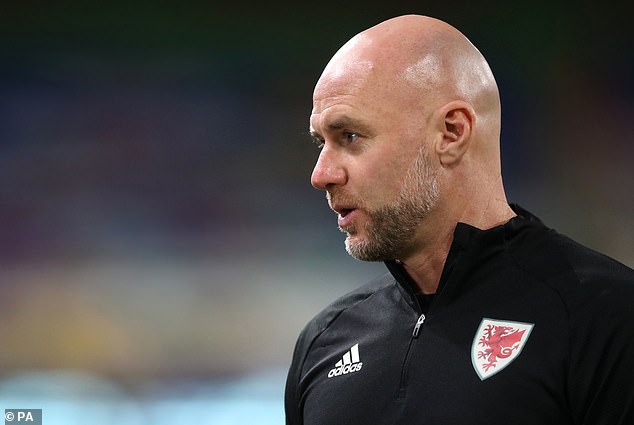 Wales caretaker manager Robert Page says Ben Cabango is in the right frame of mind to be involved on Tuesday after being racially abused online over the weekend.

Matondo was one of three Wales players – Hal Robson-Kanu and Tyler Roberts were the others – sent home on Monday for breaching Football Association of Wales protocol.

The Czechs are without defender Ondrej Kudela, accused of racially abusing Glen Kamara when Slavia Prague beat Rangers in a Europa League tie at Ibrox on March 18.  Slavia refused to allow’s Kudela return to the UK, due in part to fears of his safety.

On that Rangers incident, Page said: ‘We’re aware of it. My focus is on my players and making sure they are OK. ‘They are strong characters and we will make sure they’ve got the full backing of the Football Association of Wales, the players and staff.

‘I had breakfast with both players the following morning and made sure that they were in the right frame of mind and as least affected by it as possible.’

Cardiff striker Kieffer Moore, whose fifth international goal secured victory over Mexico, has been cleared to play after being troubled by a heel injury.

The 95-times capped Wayne Hennessey could start after missing out in Belgium following a thigh injury, the Crystal Palace goalkeeper having impressed against Mexico on his first Wales appearance since October.