From the point of view of everyone’s safety — not least her own — it really would have been much better if my dear late mother had been banned from driving long before she approached her 80th year.

Though she would hotly deny it if she were still alive, the fact is that throughout her life she was a dreadful driver.

Even in my childhood, before the cruel passage of the years began to dim her eyesight and slow her reactions, she had numerous minor prangs (always the other bloke’s fault — or so she said).

By the time she reached her late 70s, the accidents and near-misses had become so frequent that my younger sister refused to accept a lift with her, insisting on travelling separately by public transport, even when they were going to the same place. 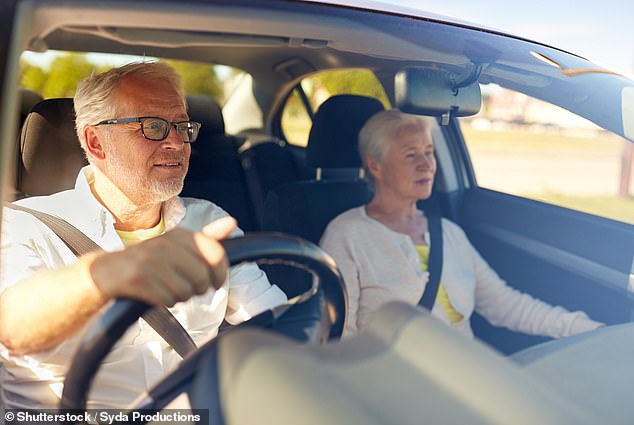 From the point of view of everyone’s safety it really would have been much better if my dear late mother had been banned from driving long before she approached her 80th year. Stock picture

Now, I know that a great many readers — almost certainly a large majority, to judge by my postbag the last time I touched upon this subject — will tell me that I had an absolute moral duty to report my mother to the authorities and see to it that her licence was revoked.

Some will remind me of newspaper reports of people in their ninth and tenth decades, caught after driving for miles the wrong way up the motorway and saved only by the grace of God from causing catastrophic pile-ups.

Others will have heart-rending stories to tell about the loss of loved ones, killed by older motorists who were no longer fit to be behind the wheel.

To them, I have no convincing excuses to offer when I say I simply couldn’t bring myself to rat on the mother I loved.

I knew that if she lost her licence, she would lose with it the last vestiges of the independence she treasured.

Denied the lifeline of her car, she would have been unable to get to the shops, visit her friends or go to the church that meant so much to her without being forced to rely on the goodwill of others.

She would have been condemned to a miserable existence in the flat where she had lived alone since my father’s death, depending for company and provisions on the occasional visit from friends or her young.

I had a selfish reason, too, for failing to do what most would regard as my public duty. I knew that if I turned her in, she would regard me from that moment on as a contemptible copper’s nark.

As for any attempt I might have made to assure her that I was thinking only of her safety and that of others, this would have annoyed her even more. She would have thought me an insufferably patronising prig. 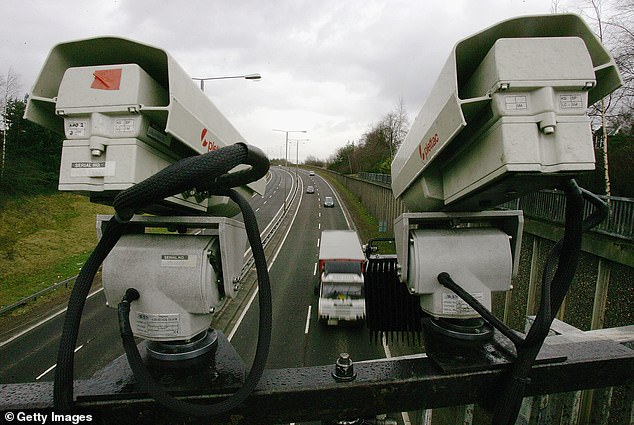 Though she would hotly deny it if she were still alive, the fact is that throughout her life she was a dreadful driver. Stock picture

After all, here was a woman who had nursed wounded soldiers during the war, with Hitler’s bombs raining down on London all around her. She had braved far worse danger in that life-or-death struggle for our freedom than any small risk, as she saw it, that her driving might pose either to herself or to others.

So the long and the short of it is that I funked it, leaving her to carry on driving . . . until one last accident convinced even her that the time had come to stop.

That was when she blacked out and smashed into a wall while trying to park outside her flat. As I’ve told myself often since: thank God it was a wall and not a child.

All of which brings me to this week’s reports of a plan to offer elderly and infirm motorists a middle ground between losing their licences altogether and enjoying complete freedom to drive.

Under the law as it now stands, motorists must apply for new licences when they reach 70, and every three years thereafter, declaring on the form if they suffer from conditions that may affect their ability to drive.

Those who admit to having Parkinson’s, epilepsy, dementia, insulin-treated diabetes or suchlike may find their applications are rejected, meaning that they are banned from the roads.

Unsurprisingly, many who are faced with the risk of losing their freedom are economical with the truth when it comes to declaring their fitness. Indeed, I can’t help wondering if this explains how my dear mother managed to hold on to her licence for as long as she did.

Under the new proposals, said to be under discussion between the Driver and Vehicle Licensing Agency (DVLA) and the charity Driving Mobility, the idea is to allow older drivers with medical issues to keep their licences if they agree to high-tech monitoring and certain restrictions.

These could include night-time curfews and limits to the distance a driver may travel — say, a maximum of 20 or 30 miles from home. The plan would rely on telematics devices, similar to those used by younger drivers with ‘black box’ insurance policies.

Apart from night-time and distance restrictions, these would be capable of monitoring braking, acceleration and cornering forces, automatically alerting the authorities to driving behaviour that gives cause for concern. I should say at once that the Department for Transport has poured cold water on the idea of these ‘graduated licences’, saying there are ‘no plans’ to introduce them for the over-70s.

But old cynic that I am, I have learned over the years to be deeply suspicious of those words ‘no plans’ when they emanate from Westminster or Whitehall.

Yet as sure as night follows day, income tax has gone up, Iraq has been invaded, a snap election has been called — and any number of ambitious politicians who had no plans to contest the leadership have found themselves doing just that.

I have a sneaking suspicion, therefore, that before we know it, a Government with ‘no plans’ to introduce graduated licences will seize on this brilliant new means of controlling our behaviour and slap it on to the statute book.

Speaking for myself, I hope it doesn’t happen. Yes, I know that those who support the plan say its purpose is to increase freedom by allowing people who would otherwise be banned to carry on driving.

But if officials gain the power to install monitoring devices in our cars, how long would they be able to resist putting them to liberty-crushing uses?

Before we knew it, every car would have to be fitted with telematics, capable of reporting our every movement or nudge above the speed limit to the authorities.

Indeed, these devices raise a profound question that has been brought into sharp focus by the lockdowns of the past year: just how much personal freedom are we prepared to surrender in order to protect public safety?

All I will say is that younger drivers who think the elderly are a danger to us all — and should be banned from the roads — might want to be careful what they wish for.

For one thing, if all goes well, they’ll grow old themselves one day. They may find they come to depend on their cars (if such things still exist), as my mother did — and regret having supported a crackdown in their youth.

But if that doesn’t persuade them, they should look at the road safety statistics. If they’re really determined to eliminate all risk from our lives, they should start by banning themselves from driving, since the under-24s have always been the most accident-prone age-group on the roads — far more so, indeed, than the much maligned over-70s.

If you ask me, the balance between liberty and risk-aversion has swung much too far towards the latter since the Government put us all under house arrest last year.

Heaven knows there have been quite enough tragedies since the pandemic struck. Let’s not add our love of freedom to the death toll.