By Eve Buckland For Mailonline

The 13 Reasons Why star, 29, wowed in a chic black gown with striking cut-out shoulder detail as she posed up a storm.

The star’s gown also boasted a daring thigh-split, which revealed her honed legs as she posed in stiletto sandals. 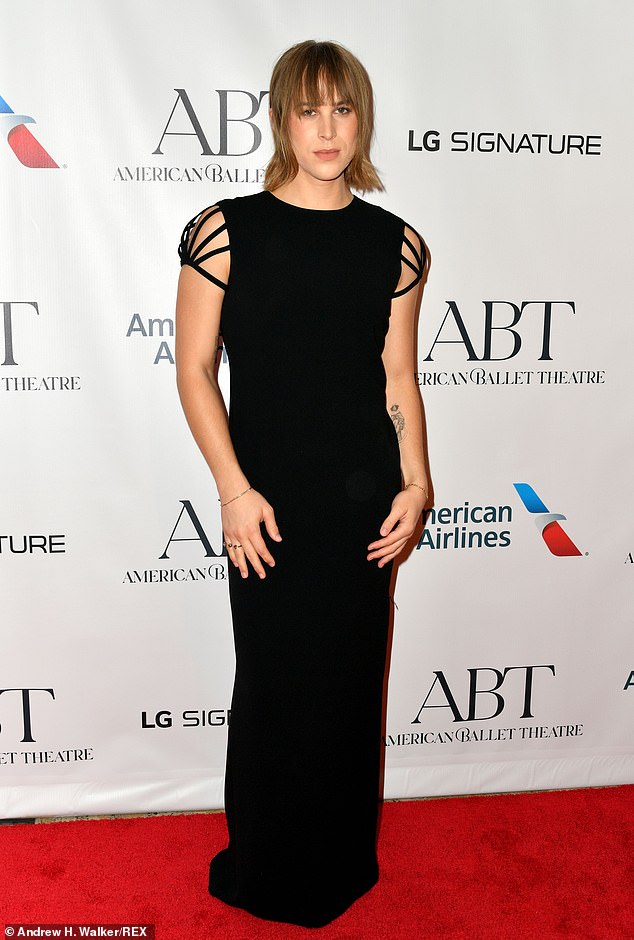 Her brunette tresses were styled in soft waves and she sported a radiant palette of make-up.

The star was joined by Ali Wentworth and Brooke Shields for a fun snap, with the pair looking ravishing in red.

It comes after Tommy said transitioning was like going through a ‘second puberty.’

Tommy reintroduced herself to the world as a transgender woman back in July after privately embarking on her ‘medical’ transition during the coronavirus quarantine.

Speaking to InStyle last month, the star said: ‘It’s puberty as an adult if you do it at my age — it’s a second puberty.’

Chic: The 13 Reasons Why star, 29, wowed in a chic black gown with striking cut-out shoulder detail as she posed up a storm

The journey was new for Tommy, who said: ‘I also had never seen a body in transition before, and I think that’s a scary thing as a trans person.’

‘It’s kind of alien, and it’s incredibly autonomous,’ she went on.

‘It’s puberty as an adult if you do it at my age — it’s a second puberty,’ Tommy remarked, adding that ‘I think you’re supposed to go through puberty at an age when you don’t remember it because it hurts.’

‘It’s body-aching and emotionally wonky. But I had an opportunity to be of service. And for the most part, putting it into my work.’

The 13 Reasons Why actress said she ‘only’ takes supplemental hormones and did not mention undergoing any surgery. 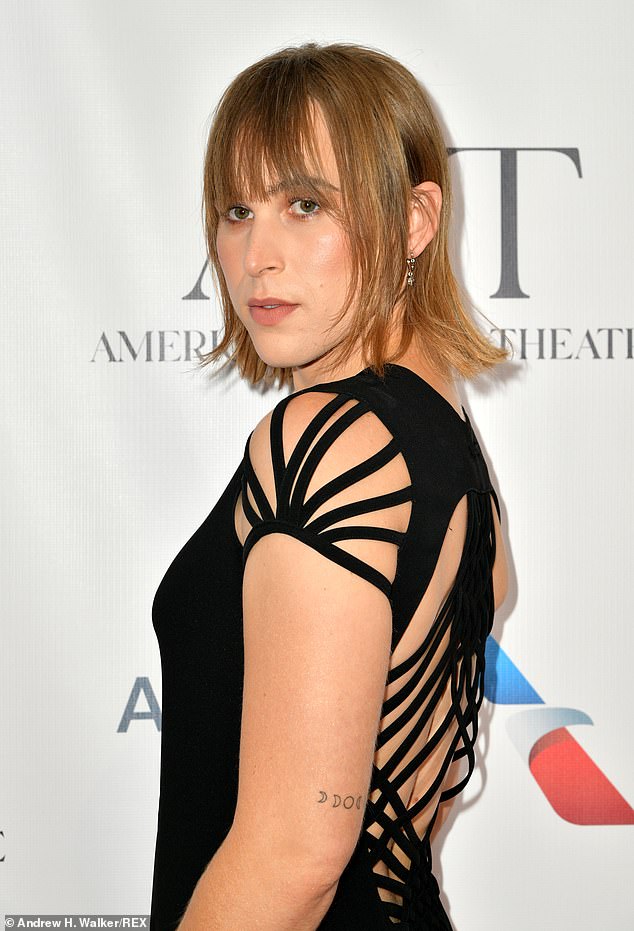 Confident: The star exuded confidence as she posed in her striking ballgown 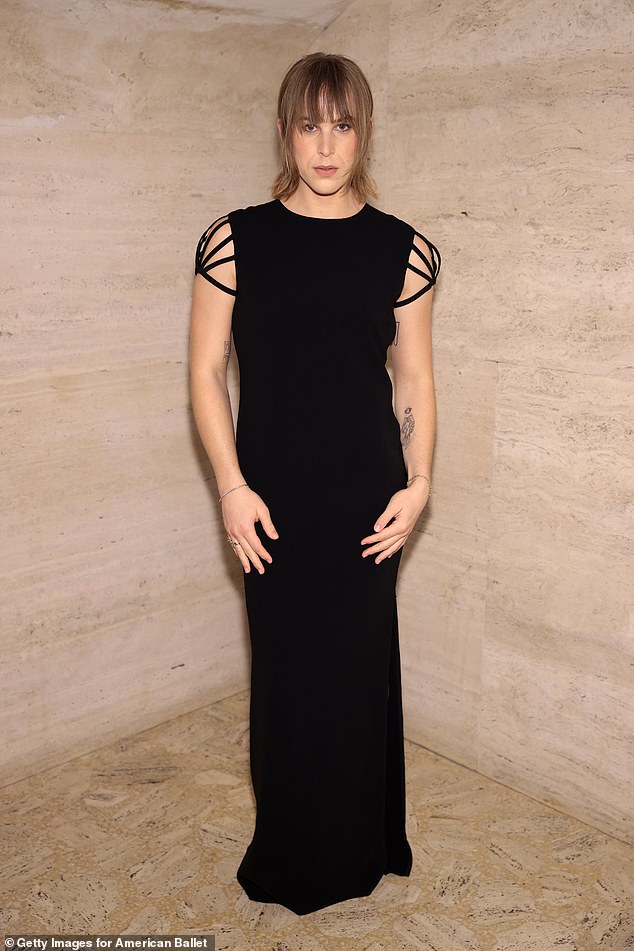 Pose: The star revealed her arm tattoos in the stunning gown

While many in the transgender community take hormones or undergo surgery to reduce feelings of gender dysphoria – the feeling arising from having mismatched biological sex and gender identity – the decision to medically transition is a personal choice, and is in now way required for trans people, according to GLAAD.

For Tommy, the new hormone treatments changed her life.

‘I just switched my hormones, and I’ve never felt better in my life,’ she said.

‘I spent 28 years of my life suicidal and depressed and recovering from alcoholism and drug addiction,’ she explained.

‘I don’t think I’ve ever been genuinely happy until this past year.

‘I look at the Internet chronicle of photos of me since I started working, and I can see how f**king unhappy I was in every photo. It’s wild.’

Tommy can next be seen in the drama The Shuroo Process. After that, she’ll appear in Lena Dunham’s Sharp Stick. 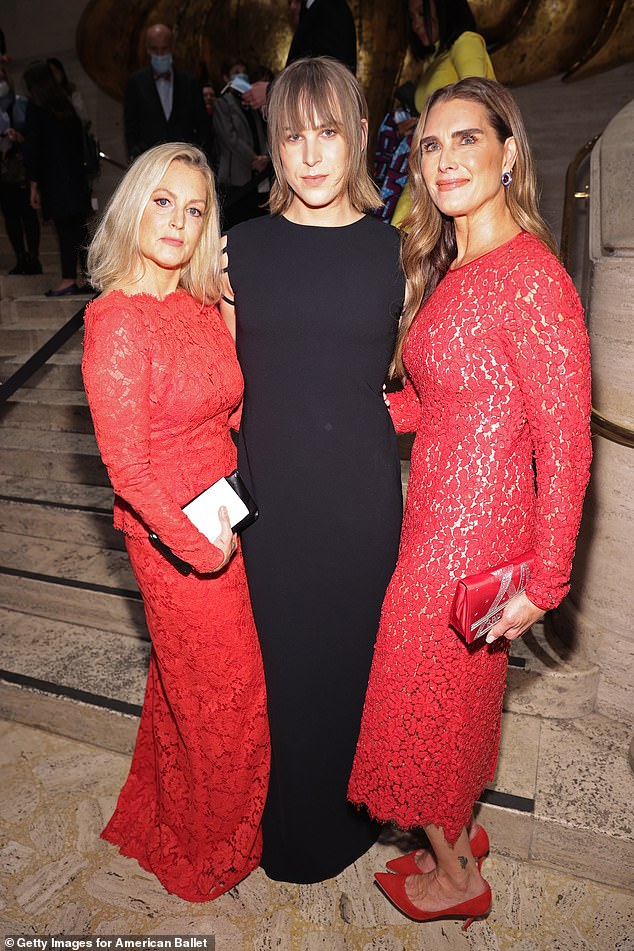