Tommy Fleetwood made a hole-in-one for the second straight event, this time at the 16th at Augusta National during the Masters first round on Thursday.

Fleetwood took dead aim in the late afternoon calm and fired at the pin from 170 yards.

His ball landed a few paces in front of the hole and never looked like going anywhere but the bottom of the cup. 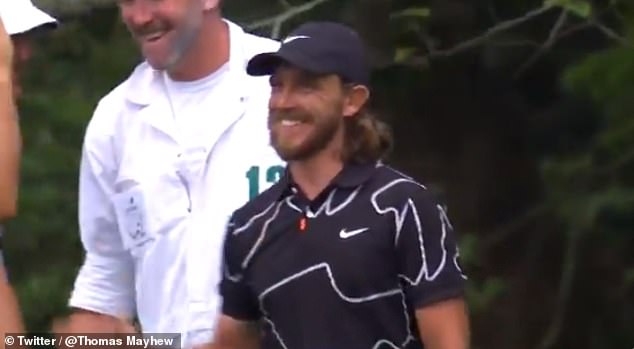 The Englishman flung his arms in the air in celebration as the handful of spectators lucky to have witnessed the ace roared.

‘It was a lovely looking shot,’ Fleetwood said on his way to an opening 74. ‘It was in between clubs. I was sort of verging on a smooth eight, then I said hard nine. That kind of fit the shot a bit more.

‘Hit it, slight pull. It wasn’t going straight at the pin, but it was still a great shot, and a couple of bounces and in.

‘It’s really nice to have one at Masters. I think that’s two in two competitive weeks as well. I’m racking them up all of a sudden quickly. I’ll try to keep it going. 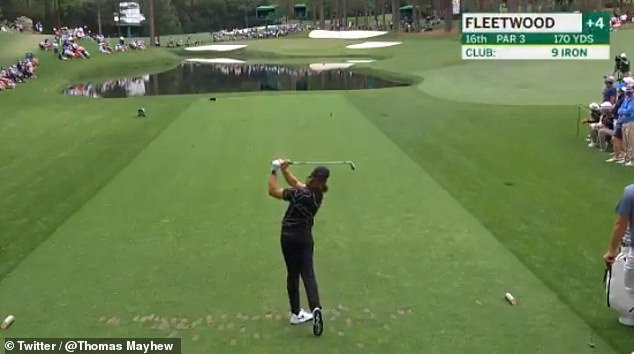 Fleetwood’s ace came on the 16th at Augusta, and he labelled his heroics as ‘special’ after

‘It’s very special. Doing it at a major is great, doing it competitively is great, but at Augusta is probably just another edge.’

It was the 23rd ace at the hole in the Masters, and the 16th this century. The other par-threes at Augusta have given up just nine between them.

Fleetwood also had an ace during the World Golf Championships-Match Play event in Austin, Texas a fortnight ago.

The ace saw Fleetwood jump to two over and within nine strokes of compatriot Justin Rose, who had opened up a commanding four-shot advantage after setting the pace with a stunning opening-round 65. 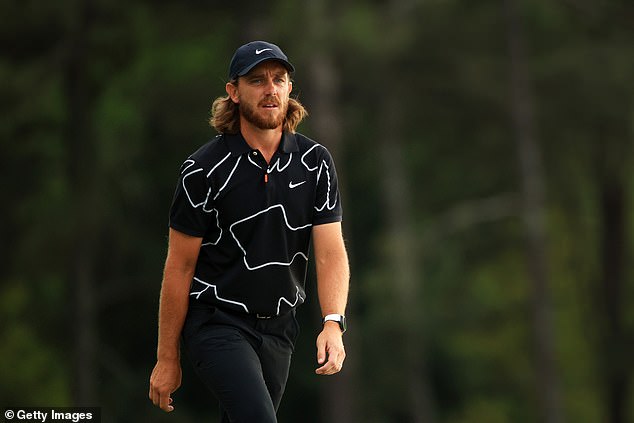 Fleetwood posted an opening round of two over par, nine shots back from Justin Rose