Fulfilling a dream! Turkish player Alpaslan Ozturk jumps around in joy as he takes a call telling him he’s been picked in the national squad for the FIRST time for World Cup qualifiers

Getting a call-up to the national team remains the peak of many players careers and Turkish defender Alpaslan Özturk showed the novelty has not worn off as he was seen jumping for joy on CCTV.

The brilliant footage of Özturk surfaced online in which he is shown on the phone before getting the news of his first call-up at Turkish side Göztepe’s training facility.

He was unable to keep it together as he was seen cheering, shouting, and jumping ecstatically in front of a front desk security guard. 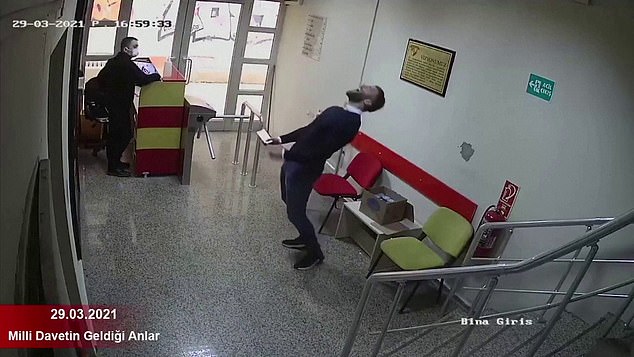 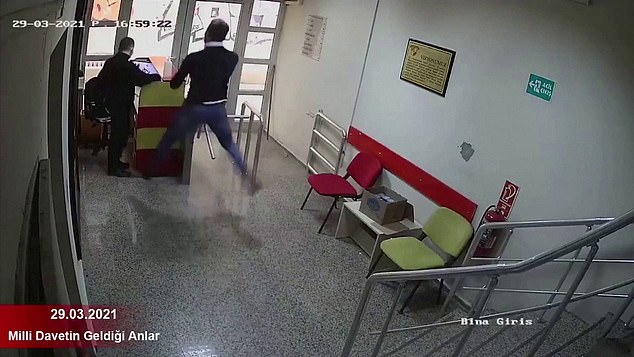 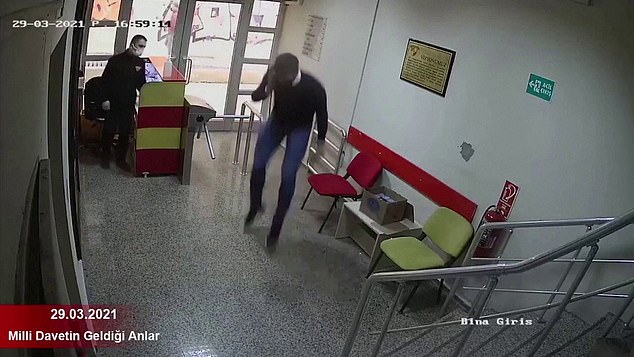 He took the phone call at his club’s training ground, where the brilliant footage emerged from

Özturk was in the squad for Tuesday night’s 2022 World Cup qualifier against Latvia but remained an unused substitute in a thrilling 3-3 draw.

Speaking previously on what it meant to play for the national team, Özturk said: ‘Like every Turkish footballer, I have a dream to be national team player one day.

‘I hope it will be possible, but we will continue, work and take our team to good places as much as we can.

‘As long as we continue to do these, I am sure that one day we will reach that goal.’ 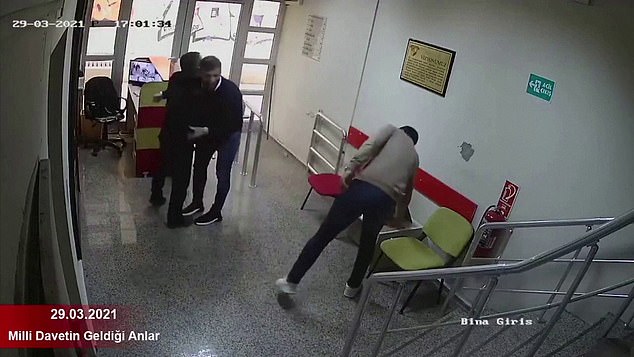 Ozturk came through the youth academy at Birmingham City but never made it into the first team before he left for Belgium in 2011.

Unfortunately his excitement in receiving the call-up didn’t extend to minutes on the pitch in what was a great contest.

Kenan Karaman put Turkey ahead inside two minutes before AC Milan’s Hakan Calhanoglu doubled the advantage midway through the half.

Robert Savalnieks pulled one back for Latvia before the half-time interval and while Turkey thought they had wrapped up a win through a Burak Yilmaz penalty before the hour, Latvia rallied to salvage a draw.

Davis Ikaunieks got the decisive equaliser 11 minutes from time to stun Turkey.

Özturk is out of contract at Goztepe at the end of the 2020-21 season but the 27-year-old will hope his first international call-up is a sign of things to come as he looks to elevate his game to the next level. 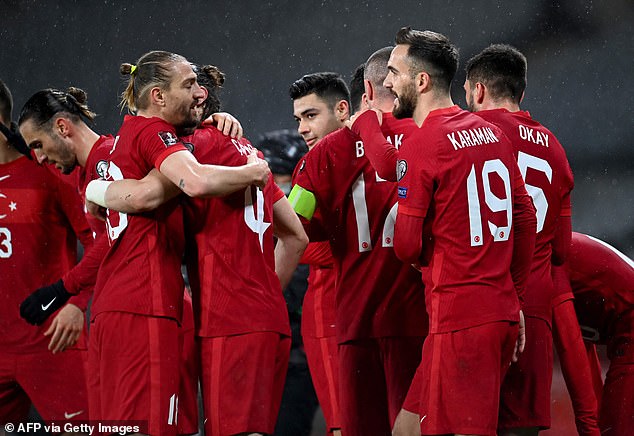