No one introduces a twist in the tale quite like P.D. James, as the Mail’s exclusive series of her short stories has shown. In the second part of her third and final head-scratching whodunit, Emily testifies against her husband at his trial for attempted murder — and the jury is beguiled…

The suicide note was one of the exhibits at Vinson’s trial. A document examiner from the forensic science laboratory testified that it was a forgery, a clever forgery but not Mrs Vinson’s writing.

He couldn’t give an opinion on whether it was the work of the husband, although it was certainly written on a page taken from a writing pad found in the desk in the sitting room. It bore no resemblance to the accused’s normal writing. But, in his view, it hadn’t been written by Mrs Vinson.

He gave a number of technical reasons to support his opinion and the jury listened respectfully. But they weren’t surprised. They knew that it hadn’t been written by Mrs Vinson. She had stood in the witness box and told them so. And they were perfectly clear in their own minds who had written it. 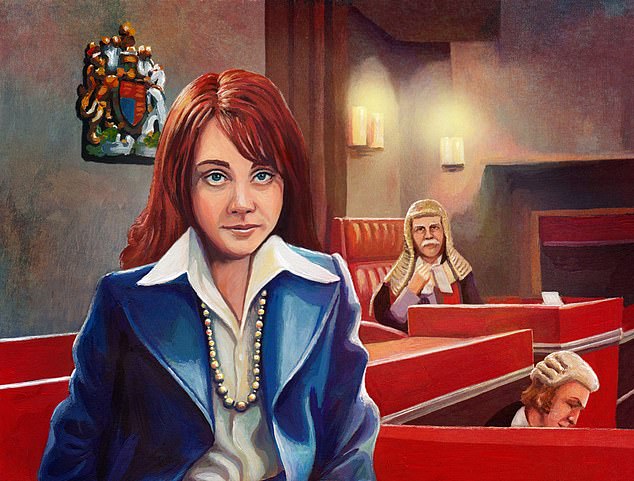 In the second part of her third and final head-scratching whodunit, Emily testifies against her husband at his trial for attempted murder — and the jury is beguiled…

There was other forensic evidence. Mrs Wilcox’s ‘marks all over the parquet flooring’ were reduced to one long but shallow scrape, just inside the sitting room door. But it was a significant scrape. It had been made by the heels of Emily Vinson’s shoes. Traces of the floor polish which she used were found, not on the soles, but on the sides of the scraped heels and there were minute traces of her shoe polish in the scrape.

The fingerprint officer gave evidence. I hadn’t realised until then that fingerprint experts are mostly civilians. It must be a dull job, that constant and meticulous examination of surfaces for the telltale composites and whirls. Hard on the eyes, I should think. In this case, the significance was that he hadn’t found any prints. The gas taps had been wiped clean.

I could see the jury physically perk up at the news. That was a mistake, all right. It didn’t need the prosecution to point out that the taps should have shown Mrs Vinson’s prints. She, after all, had cooked their last meal. A cleverer murderer would merely have worn gloves, smudging any existing prints but ensuring that he left none of his own. It had been an over-precaution to wipe the gas taps clean.

Emily Vinson — quiet, distressed but gallant, obviously reluctant to testify against her husband — was remarkably competent in the witness box. I hardly recognised her. No, she hadn’t told her husband that she and Mrs Wilcox had arranged to watch the television together shortly after nine o’clock. Mrs Wilcox, who lived nearby, usually did come across to spend a couple of hours with her on Wednesday nights when Mr Vinson was at his chess club. 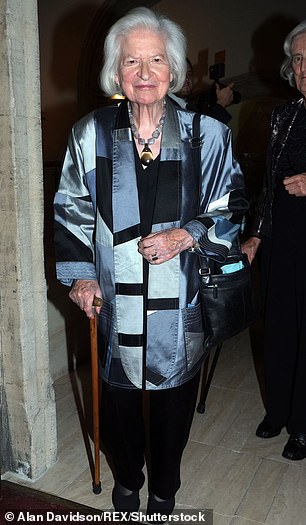 No, SHE hadn’t liked to tell Mr Vinson. Mr Vinson wasn’t very fond of inviting people in. The message came over to the jury as clearly as if she had spelt it out — the picture of a downtrodden, unintellectual wife craving the human companionship which her husband denied her, guiltily watching a popular TV show with her cleaning woman at a time when she would be certain that her husband wouldn’t catch them out.

I glanced at his proud, unyielding mask, at the hands clutched over the edge of the dock, and imagined what he was thinking, what he would have said: ‘Surely you have enough of domestic trivia and Mrs Wilcox’s conversation — hardly exciting, I should have thought — without inviting her into your drawing room. The woman should know her place.’

The trial didn’t take long. Vinson made no defence except to reiterate stubbornly, eyes fixed straight ahead, that he hadn’t done it.

His counsel did his best, but with the dogged persistence of a man resigned to failure, and the jury had the look of people glad to be faced, for once, with a clear-cut case they could actually understand.

The verdict was inevitable. And the subsequent divorce hearing was even shorter. It isn’t difficult to persuade a judge that your marriage has irretrievably broken down when your husband is serving a prison sentence for attempted murder.

Two months after the decree absolute we married and I took over the Georgian house, the river view, the Regency furniture. With the physical possessions, I knew exactly what I was getting. With my wife, I wasn’t so sure.

There had been something disturbing, even a little frightening, about the competence with which she had carried out my instructions. It hadn’t, of course, been particularly difficult. We had planned it together during those sessions when I was painting her portrait.

I had written and handed her the fake suicide note on the paper she had supplied a few days before our plans matured. We knew when the gas was due to be converted. She had, as instructed, placed the note on the kitchen table before scraping the heels of her shoes across the polished floor.

She had even managed beautifully the only tricky part, to bang the back of her head sufficiently hard against the kitchen wall to raise an impressive bruise but not sufficiently hard to risk bungling the final preparations; the cushion placed in the bottom of the oven for the head, the gas tap turned on and then wiped clean with her handkerchief.

She still acts, of course. I find it remarkably irritating, that habit she has, particularly when we are in company, of turning on me that meek, supplicating, beaten-dog expression whenever I talk to her. It provokes unkindness. Perhaps it’s intended to.

I’m afraid I’m beginning to get rather a reputation for sadism. People don’t seem to want to come to the house any more.

There is one solution, of course, and I can’t pretend that I haven’t pondered it. A man who has killed another merely to get his house isn’t likely to be too fastidious about killing again. And it was murder; I have to accept that. Vinson only served nine months of his sentence before dying in the prison hospital of what should have been an uncomplicated attack of influenza.

Perhaps his job really was his life, and without his precious alumni the will to live snapped. Or perhaps he didn’t choose to live with the memory of his wife’s great betrayal.

Beneath the petty tyranny, the impatience, the acerbity, there may have been love of a kind.

But the surest option is barred to me. A month ago Emily explained, meekly, like a child propounding a problem, and with a swift sidelong glance, that she had written a confession and left it with her solicitor. ‘Just in case anything happens to me, darling.’

She explained that what we did to poor Harold is preying on her mind but that she feels better now all the details are written down and she can be sure that, after her death, the truth will at last be known and Harold’s memory cleared. She couldn’t have made it more plain to me that it is in my interest to see that I die first.

I killed Harold Vinson to get the house; Emily, to get me. On the whole, she made the better bargain. In a few weeks I shall lose the house. Emily is selling it. After all, there’s nothing I can do to stop her; the place belongs to her, not me.

After we married I gave up the teaching post, finding it embarrassing to meet my colleagues as Emily’s husband. It was not that anyone suspected. Why should they? I had a perfect alibi for the time of the crime. But I had a dream that, living in that perfection, I might become a painter after all. That was the greatest illusion of all.

So now they are taking down from the end of the drive the board which states ‘This Desirable Residence for Sale’. Emily got a very good price for the house and the furniture. More than enough to buy the small but pretentious brick box on an executive estate in North London which will be my cage from now on.

Everything is sold. We’re taking nothing with us except the gas stove. But, as Emily pointed out when I remonstrated, why not? It’s in perfectly good working order.

Joan Collins lists her Manhattan apartment with its 16 closets for $2.05million