Two agency nurses whose ‘gross failures’ contributed to the death of a disabled woman were allowed to keep working at a care home because they ‘knew residents well’, a coroner has heard.

Rachel Johnston, 49, had all her teeth surgically extracted at Kidderminster Hospital on October 26 2018 due to severe decay, which had been causing her pain and difficulty eating.

Despite being happy and ‘singing’ to herself on discharge, Miss Johnston fell asleep on the journey back to Pirton Grange Care Home, near Pershore, Worcestershire, and never regained consciousness. 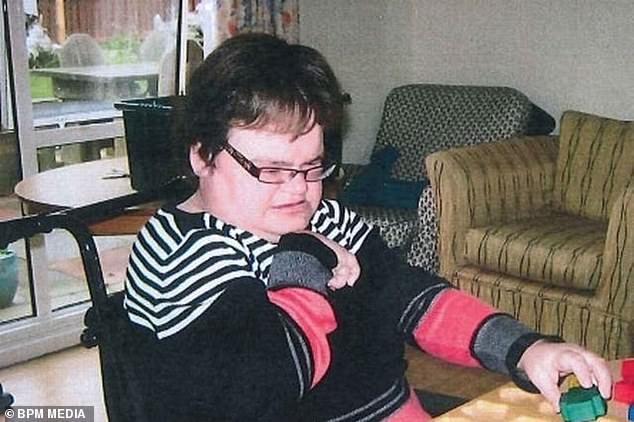 Rachel Johnston, 49, (pictured) had all her teeth surgically extracted at Kidderminster Hospital on October 26 2018 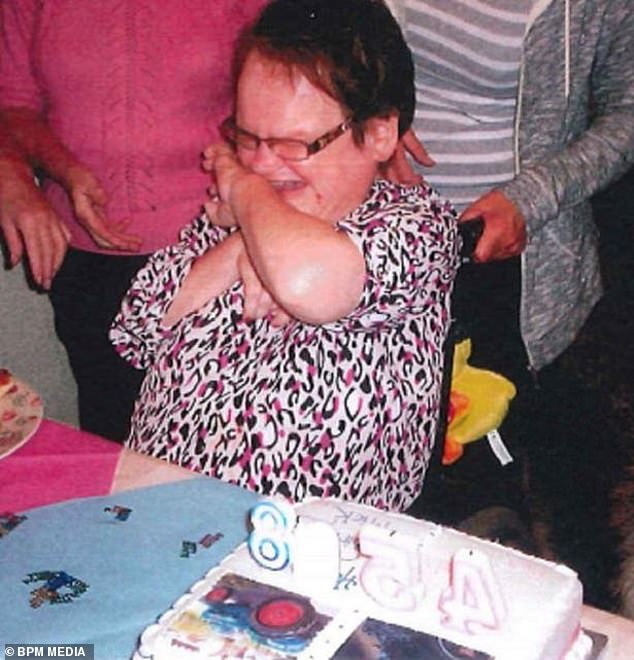 Pasqueline Gill, quality assurance manager for Holmleigh Homes, said both nurses were referred to the NMC in February and ‘prior to this it was believed it was going to be the responsibility of the employment agency to refer’ 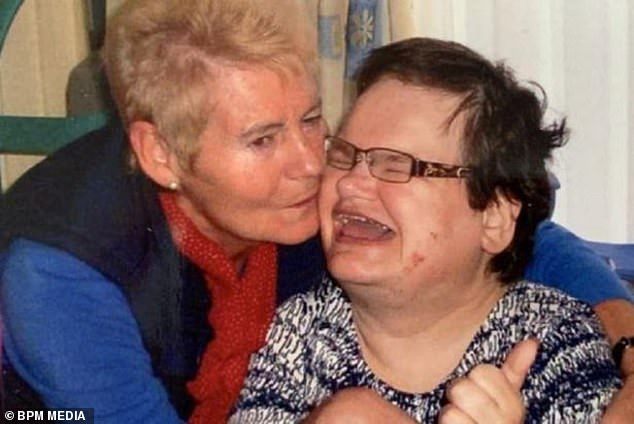 She died on November 13 2018, 10 days after her life support was switched off, with her mother at her side (Rachel Johnston pictured with her mother)

She died two weeks later after her family decided to withdraw life support.

He said: ‘I am afraid in each of those two instances the failure was so serious, so total and complete – so patently not just a simple error – it can only be described as a gross failure.’

But in the hearing’s final act – delayed until Friday because of a lack of witness availability – the inquest heard the two agency nurses had been allowed to keep working at the home.

Despite the nurses telling the care home manager in a lessons-learned review in 2018 that they had failed to carry out basic observations, nobody had referred them to professional body the Nursing and Midwifery Council (NMC) until February 2021 – more than two years later.

Ms Colbourn said: ‘We had brought in the policies and they (the nurses) knew to follow the policies.

Lizanne Gumbel QC, for Ms Johnston’s family, asked the manager: ‘But what nurse (Sheeba) George said, when I asked her, ‘Does it make a difference now there’s a protocol in place’, she said ‘A protocol is just common sense – I knew to do those things anyway as qualified nurse’.

‘So putting policies in place is not going to solve the problem, as far as individual nurses who were simply ignoring basic medical care was it?’

In keeping the nurses on, the manager said: ‘They were consistent nurses who knew those residents well and it’s better to have those nurses than other nurses who don’t know the other 34 residents at all.’

Miss Gumbel asked: ‘Did you think it was appropriate for nurses whose level of care was such a low level, such a dangerous level, to carry on looking after your other patients, just because they knew them?

‘It seems extraordinary you would leave other patients at that risk.’

Ms Colbourn replied: ‘I personally didn’t feel they were at risk.’

Mr Reid was told the nurses were eventually referred to the NMC by care home owner Holmleigh Homes, on February 23 this year.

Miss Johnston, who suffered brain damage after contracting meningitis as a baby, had been asleep for 42 hours before staff raised the alarm and paramedics took her to hospital.

It was not until Sunday October 28, at 2pm, that staff dialled 999 and called an ambulance.

By the time she arrived at Worcestershire Royal Hospital, scans showed she had suffered an irreversible hypoxic brain injury.

She died on November 13 2018, 10 days after her life support was switched off, with her mother at her side.

Pasqueline Gill, quality assurance manager for Holmleigh Homes, said both nurses were referred to the NMC in February and ‘prior to this it was believed it was going to be the responsibility of the employment agency to refer’, or the NHS.

Ms Gill told the coroner: ‘I can’t answer why they were kept employed and (the home) kept continuing using them.’

In conclusion Mr Reid said: ‘I am not satisfied sufficiently robust policies and procedures are in place which might ensure that, where there are sufficiently grave concerns about a nurse’s conduct, that a disciplinary procedure is put in place.’

Ordering a report for the prevention of future deaths to be sent to Holmleigh Homes, the coroner said it was ‘concerning’ the nurses had not been reported to the NMC before February.