UEFA’s chief refereeing officer Roberto Rosetti wrote to refereeing teams after the incident in the tunnel at the Etihad on Tuesday night was caught on camera as the players left the field following Dortmund’s 2-1 loss.

‘UEFA has strived to get you respected as much as the players and you have helped with that by looking the part: athletic, commanding, respectful and professional,’ Rosetti wrote on Wednesday in correspondence first reported by British broadcaster Sky Sports and verified by UEFA. 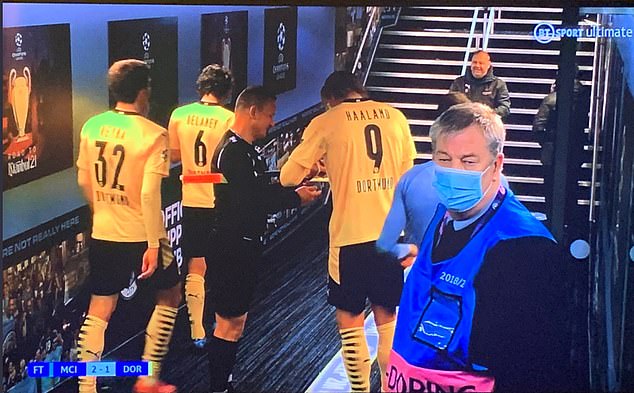 ‘If you want to be respected as much as the players, why would you ask for their autograph or their shirt? Do they ask you for the same?

‘This is simply unacceptable, this is a matter of dignity and don’t forget about the number of TV cameras at UEFA matches – they catch everything.’

It was later reported in his native Romania that Octavian Sovre, the referee’s assistant at City, wanted the signed cards to raise funds for an autism center. 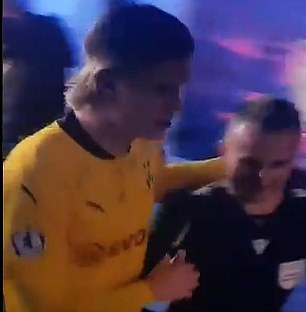 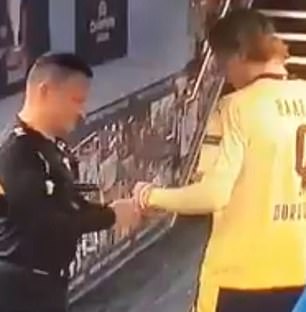