MMA legend Anderson Silva has signed a contract to fight Julio Cesar Chavez Jr in a boxing bout less than six months after being dropped from the UFC by Dana White.

Brazilian Silva, 45, was released by the UFC chief in 2020 after losing for the third time running, against Uriah Hall, but insisted he did not want to retire and has now switched to boxing.

A fight against ex-middleweight champion Chavez Jr, 35, has been confirmed for June 19 at the 55,000-capacity Jalisco Stadum in Guadalajara, Mexico. 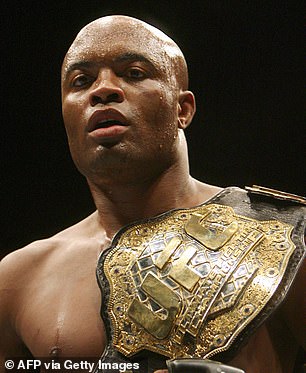 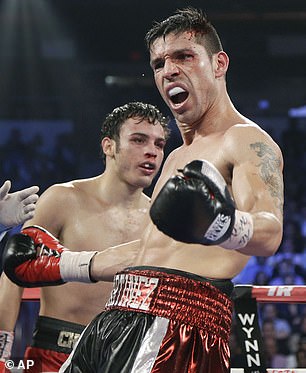 ‘When I look back at my journey, I see that nothing has been in vain,’ Silva told TMZ Sports.

‘I am extremely happy for the opportunity to test my boxing skills with Julio Cesar Chavez Jr. I train continuously, always striving for resilience and to overcome obstacles. Fighting is my everlasting breath.’

Chavez Jr., meanwhile, added he is keen to face anyone in the light-heavyweight division as he looks to improve on his 52-5 record.

‘I have rededicated myself to the sport that I love and I will be ready to face anyone in the light-heavyweight division starting with Silva,’ he said.

‘I will be prepared to be victorious on June 19.’ 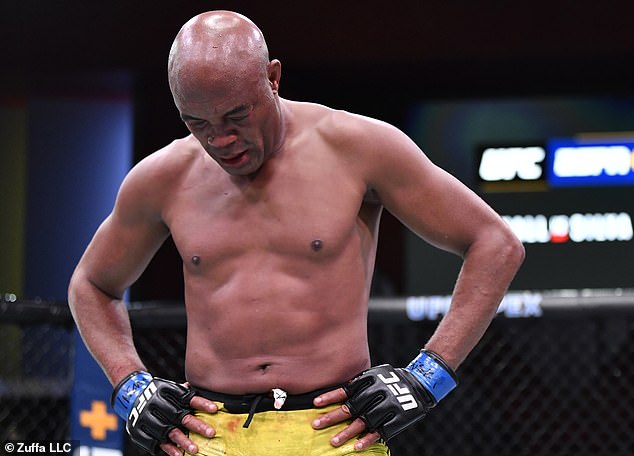 Brazilian fighter Silva reacts after losing to Uriah Hall in October 2020, his last fight in the UFC

Silva is a UFC legend, holding the record for the longest title reign in the company’s history at 2,457 days as middleweight champion from 2006-2013, which included 16 straight wins.

However he does have experience of two fights in the boxing ring, losing to Osmar Luiz Teixeira in 1998 but knocking-out Julio Cesar De Jesus in 2005.

Chavez Jr was in talks to fight Roy Jones Jr., 52, who made his comeback in an exhibition bout against Mike Tyson in November but has now switched attention to Silva for a fight in three months time.

From Biden's aviators to Lincoln's hat, a look back at past presidents' iconic styles