UFC chief Dana White has been labelled a ‘tyrant’ by light heavyweight star Luke Rockhold for the way in which he manages his athletes.

Rockhold most recently fought in July 2019, when he was knocked out by Jan Błachowicz and made his debut at light heavyweight, following a career mostly spent at middleweight.

A former middleweight champion, 36-year-old Rockhold had surgery on his shoulder last year and is hopeful of fighting again in ‘late summer’ – but did not hold back when prompted to talk about White and his negotiation tactics. 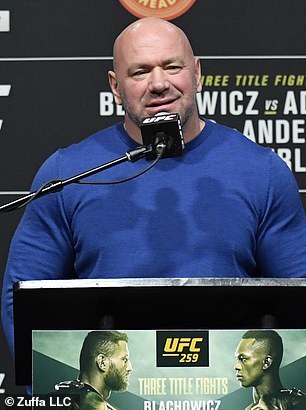 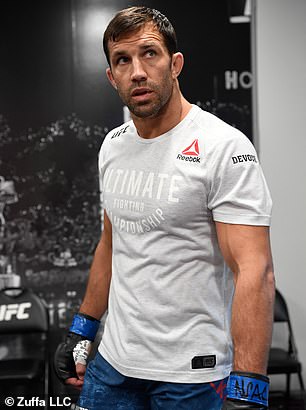 ‘Fighting is like a mafia. They have these very mafioso-type tactics in negotiations, they try to f*** with you. I’m not having any of it,’ Rockhold told the Rippin It podcast.

‘If you don’t know your worth someone will tell you your worth and it’ll be less than your worth, so know your worth. Once I lost the world title (to Michael Bisping in 2016), Dana White came up to me and tried to beat me down mentally and I was like “f*** you,” straight up.

‘I was like I’m going to go do my own thing, if you’re going to try and offer me this and that bull****, you know who I am and what I did, that’s the only reason I went out and got a modeling contract so I could leverage myself.’

Rockhold is currently being trained by UFC superstar Khabib Nurmagomedov, but went further when talking about White and the way in which he devalues fighters.

‘We don’t have the governing body. We’ve got an egotistical guy that’s a bit of a tyrant,’ Rockhold said. 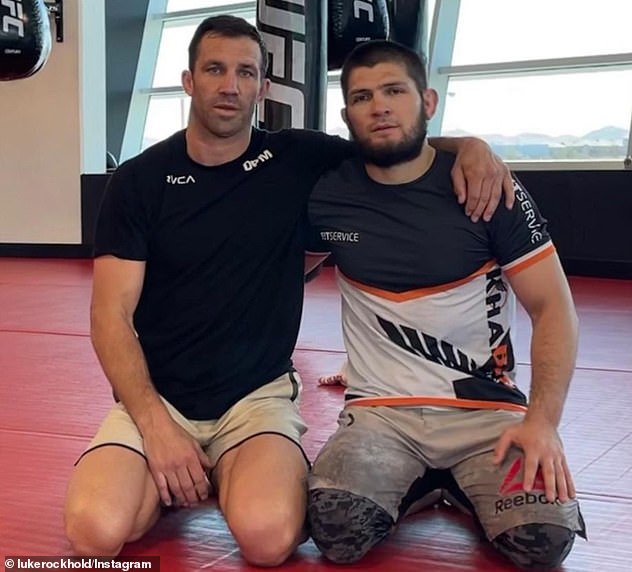 ‘No one is going to try and fight you, you’ve got to put your a** on the line, stand your ground, take risk, otherwise you get treated like a b****.

‘It’s unfortunate, a guy like that, he thinks he can fight, he thinks he’s a fighter. I don’t understand why he’s trying to belittle all the fighters when you’ve never fought a day in your life. You’re a promoter.

‘We need a governing body to give people what they deserve, he doesn’t play the game right.’