Vin Diesel recently spoke about whether or whether not Paul Walker’s daughter, Meadow, will be included in any of the future entries in the Fast & Furious franchise.

The 53-year-old actor sat down for a conversation with E! News’ Daily Pop and spoke about the potential involvement of his late costar’s 22-year-old child in the two upcoming films that are set to close out the media series.

While the performer did not divulge any solid information about the future plans for the franchise, he notably kept his answer as open-ended as possible. 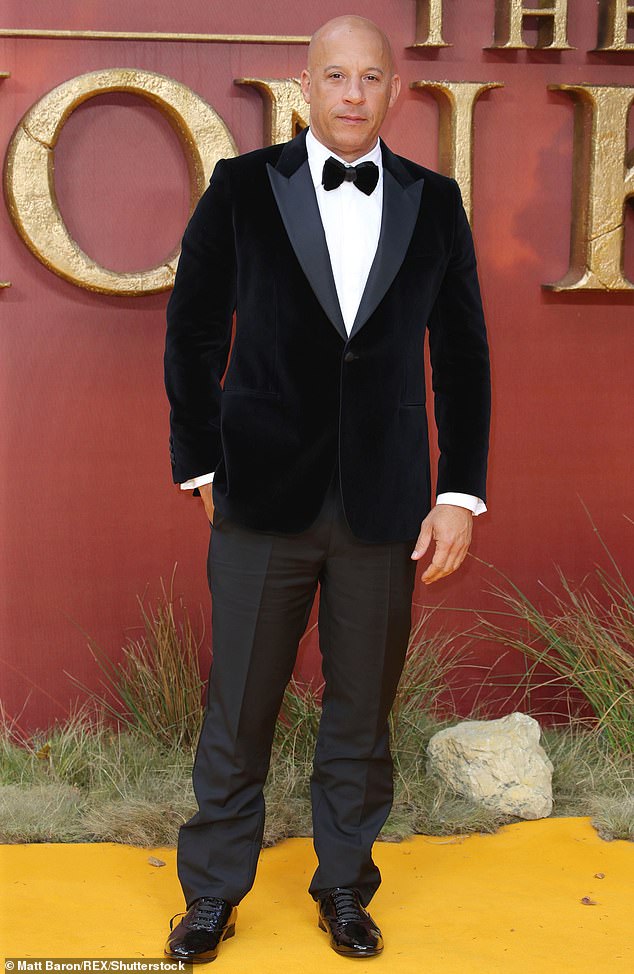 Keeping it vague: Vin Diesel recently hinted that Paul Walker’s daughter, Meadow, would appear in future films in the Fast & Furious series; he is seen at 2019 premiere of The Lion King

Diesel remarked that he ‘would not count anything out. Let me just—without giving you all of the secrets of Fast 10. Let’s just say nothing’s ruled out.’

The Chronicles Of Riddick star also discussed how, when Walker passed away in a car accident nearly ten years ago, the franchise’s crew was unsure about the series’ future without him.

‘When the tragedy happened back in 2013, we stopped filming Furious 7 for about five months because we were wrapping our heads around what we were going to do, while mourning,’ he said.

The performer then expressed that the higher-ups coordinated closely with the crew, who eventually came up with the decision to allow Brian O’Conner, played by Walker, to remain offscreen during the films. 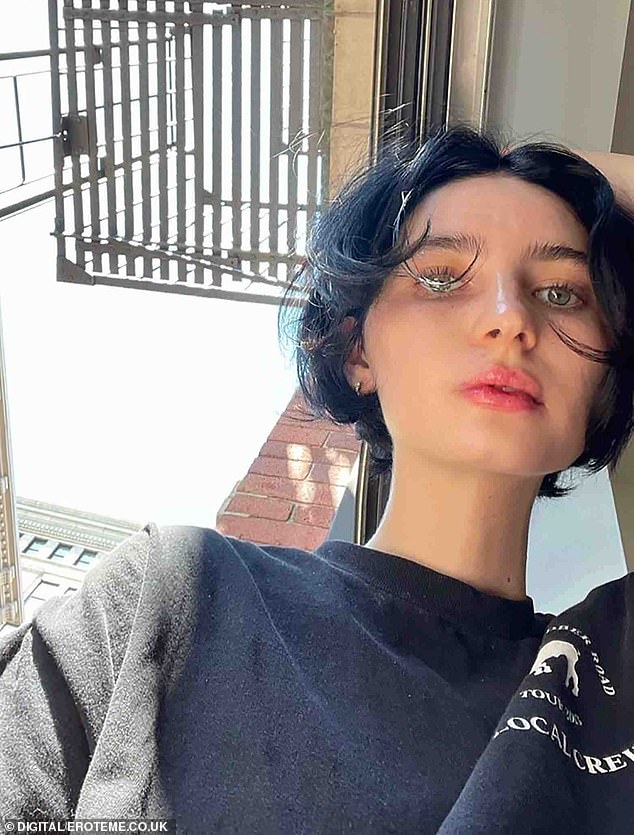 Looking forward: The performer specifically said that he ‘would not count anything out’ regarding his late costar’s child being involved in any future entries in the series 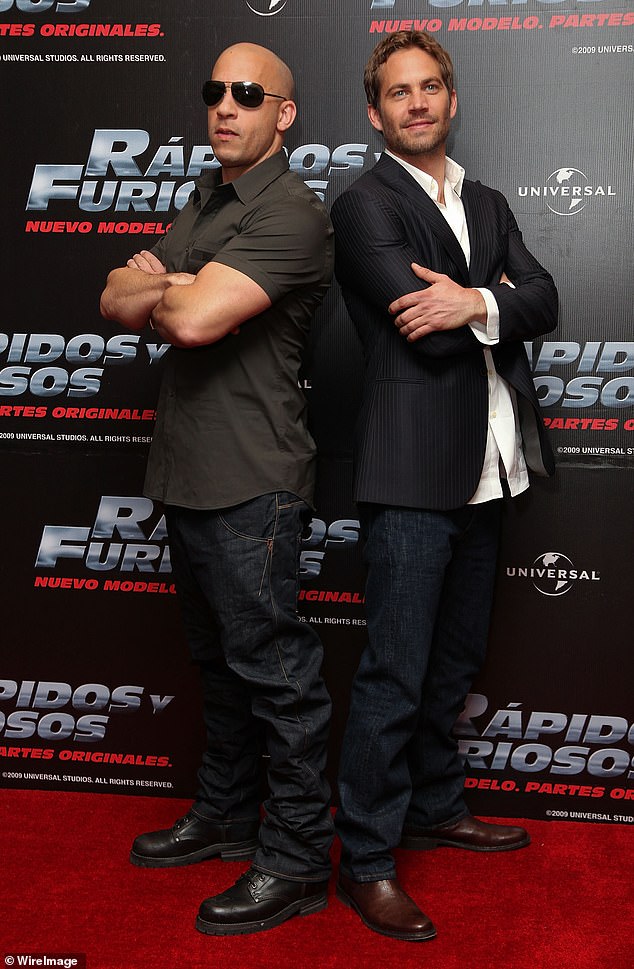 Very missed: Walker passed away in a car accident during the filming of Furious 7; he is seen with Diesel in 2009

Specifically, he recalled: ‘the studio accepted a bold decision, which was to allow the character to exist in our mythology.’

Diesel concluded by expressing that, although his former costar will not be alongside him to finish the franchise, he still values the close friendship that they had established between themselves.

The performer serves as Meadow’s godfather, and he notably named his youngest daughter Pauline, whom he welcomed in 2015, in honor of his late friend. 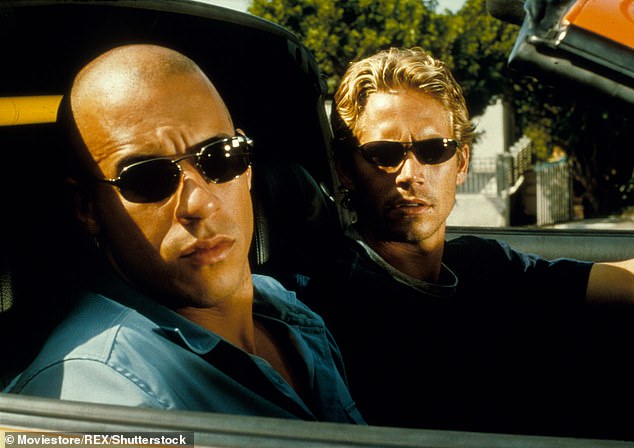 Remembrance: Diesel also spoke about how he is still influenced by Walker’s performance in he Fast & Furious series and expressed that their ‘brotherhood will outlast the franchise’; they are seen in the series’ original 2001 film

The last Fast & Furious film that Walker was featured in was Furious 7, and although he died during the production of the feature, his brothers Caleb and Cody served as stand-ins for his final scenes.

The most recent entry in the action-adventure series, F9, was released internationally in May, and it is set to make its debut in the United States later this year.

Development on the feature initially began in 2014, when it was confirmed that there would be several more entries in the franchise following the premiere of Furious 7.

Many of the series’ regular performers, including Michelle Rodriguez, Jordana Brewster and Tyrese Gibson, returned for the newest film. 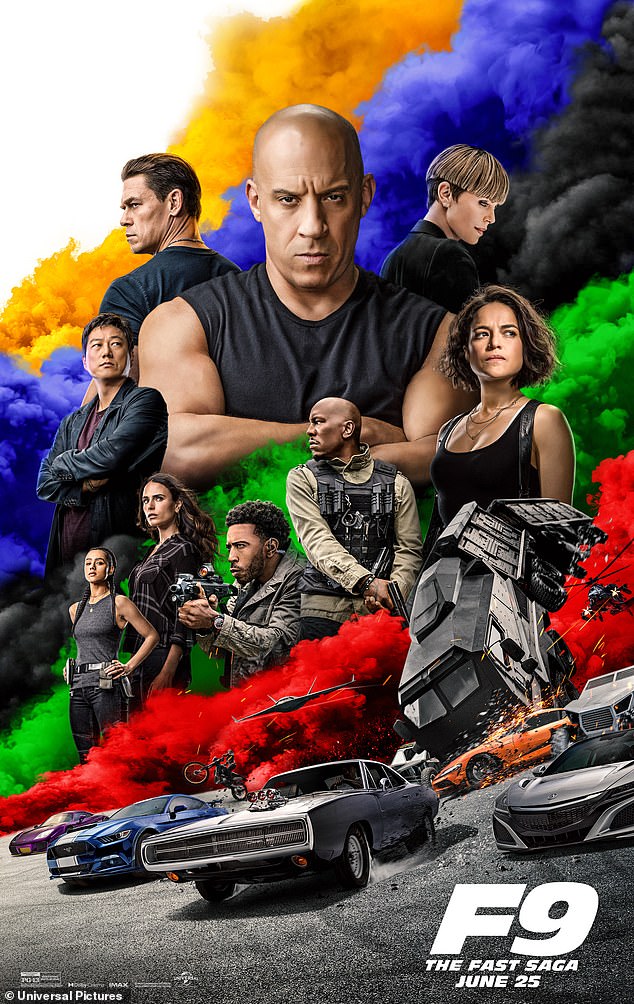 Keeping it going: The most recent film in the franchise, F9, was released internationally in May and it is set to make its debut in the United States later this year

Newcomers to the franchise include John Cena, Michael Rooker and J.D Pardo, among numerous others.

The feature is centered around Dominic Toretto, played by Diesel, and his team, who are tasked with stopping his estranged brother Jakob, who has been hired by cyberterrorist Cipher to eliminate the squad.

Following its initial release, F9 received mixed reviews from critics, many of whom praised the visuals and direction of Justin Lin.

The Fast & Furious franchise is set to come to a close following the premiere of two further films in the series. 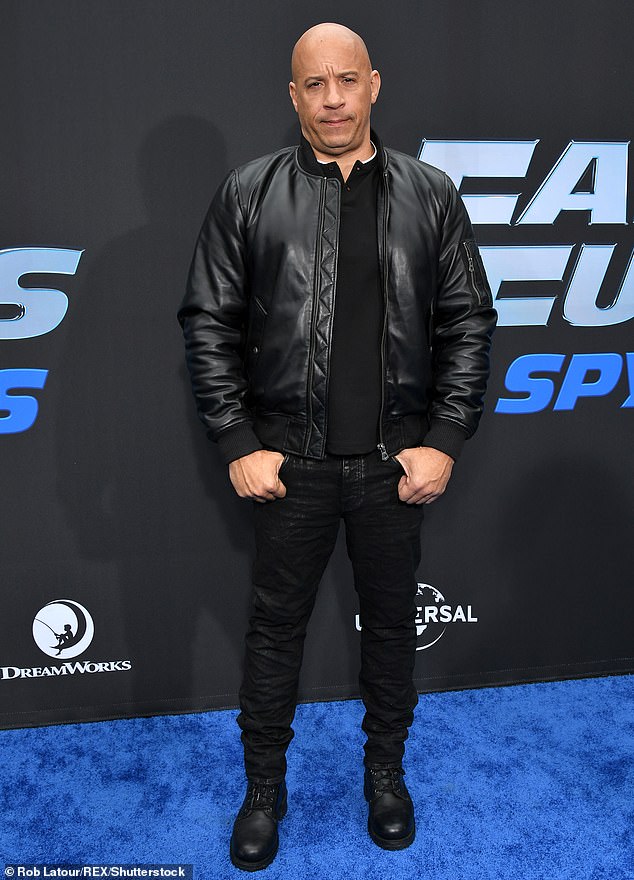 Future plans: The Fast & Furious series is set to conclude following the release of two further films; Diesel is pictured in 2019