By Matt Barlow for MailOnline

Watford boosted their hopes of an instant return to the Premier League as Sheffield Wednesday’s miserable season took another turn for the worst.

Wednesday were beaten by a controversial own goal in the absence of their manager Darren Moore who missed the game at Vicarage Road after returning a positive Covid test.

It was the only positive in sight for the Owls who are six points adrift in the relegation zone, staring at another plunge in to League One as they run out of games and run low on good fortune. 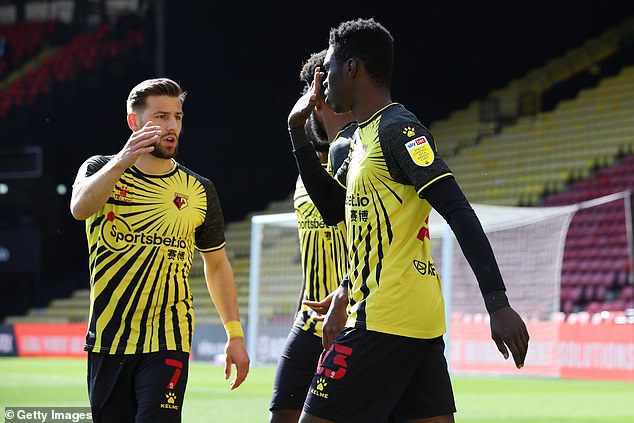 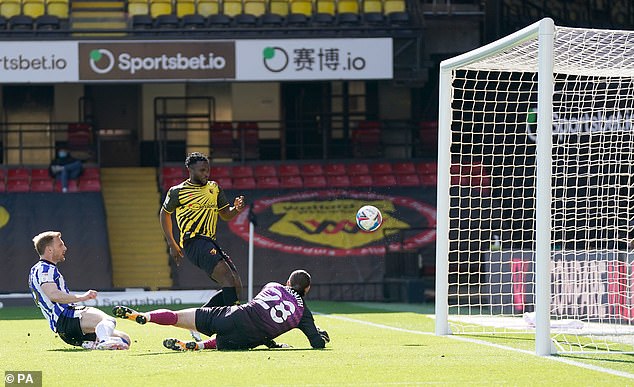 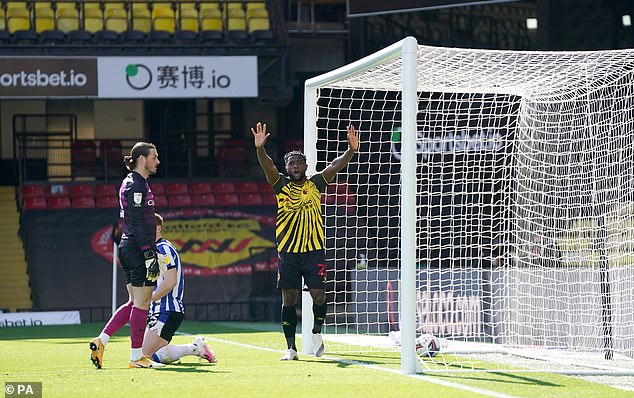 Watford, meanwhile, have hit form at the right time and established in the Championship’s automatic promotion places after 10 win from 11 games.

Ismaila Sarr caused early problems for the visitors. Julian Borner was shown a yellow card within two minutes for a foul from behind on the Senegal winger and Sarr’s teasing low cross from the right led to the controversial own goal that gave Watford the lead.

Tom Lees turned the ball into his own net as he slid back in an effort to stop the ball reaching Isaac Success at the back post. An offside flag went up against Success but referee Chris Kavanagh decided to give the goal after consultation with his assistant. 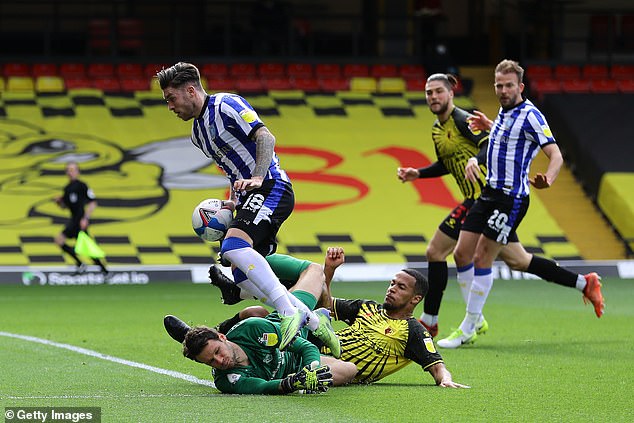 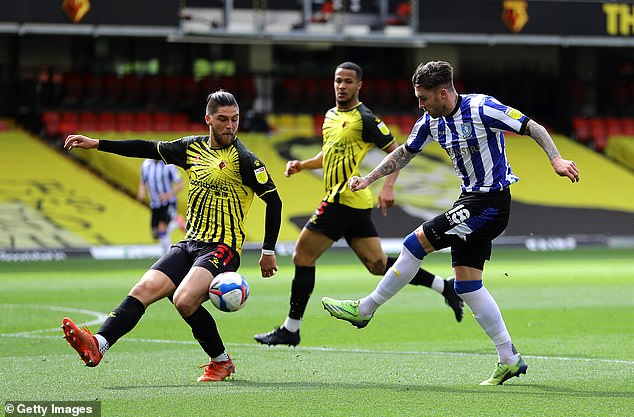 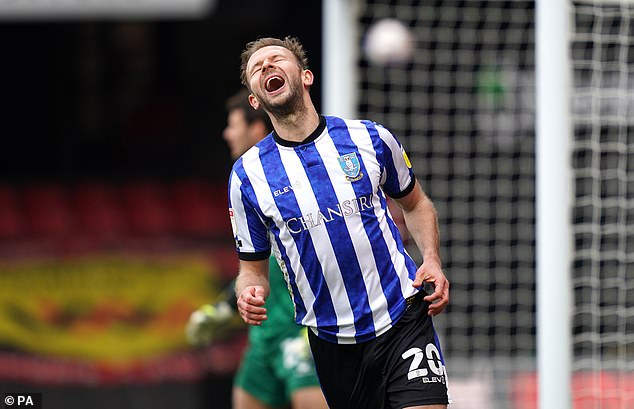 Wednesday’s protests were led by Lees, the captain, who claimed Success must be interfering with play because he forced him into a split-second decision to slide back and attempt the interception. He seemed to have a strong case but with no VAR in the EFL the officials decided the goal would be allowed.

The visitors, with Moore’s assistant Jamie Smith in charge, responded well. They produced some fluent passages of play with Barry Bannan impressing in midfield although created few clear-cut opportunities. Joey Pelupessy sliced a volley wide from the edge of the penalty area and Watford goalkeeper Daniel Bachmann dashed out to save at the feet of Josh Windass.

Borner lifted a sharp chance over when a free-kick by Bannan was headed down and landed at his feet but the home team could have stretched their lead. Twice Success failed to conjure a shot at goal from promising opportunities and Joe Wildsmith made a routine save to keep out a free-kick by Philip Zinckernagel.

Joao Pedro flickered into life as half time approached, collecting a flick from Success and flashing a low shot across goal and narrowly wide. Pedro was foiled at the near post by Wildsmith soon after the interval, and, later, hobbled off injured.

Wednesday were still in the game when their best chance of the game fell to Jordan Rhodes. A long pass glanced off the header of Watford centre-half Francisco Sierralta and skidded towards Rhodes but he could not keep it down.

But Watford closed out a scrappy end to the game with little fuss and move closer to the Premier League. 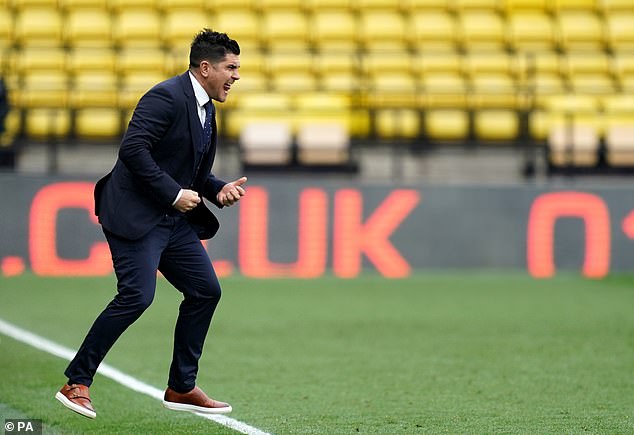