Robert Lewandowski rescued Poland a 3-3 draw against 10-man Hungary, netting a late goal to drag his side back from the brink of defeat.

Krzysztof Piatek and Kamil Jozwiak were also on target for Poland, while Roland Sallai, Adam Szalai and Willi Orban struck for the hosts.

Hungary defender Attila Fiola was sent off in added time, after Lewandowski had thwarted the hosts’ chances of victory. 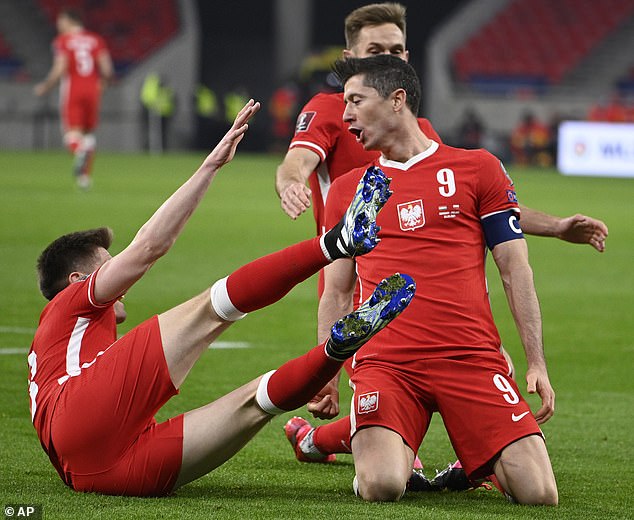 Florin Tanase and Valentin Mihaila had put Romania into a commanding 2-0 lead, only for Arijan Ademi and Aleksandar Trajkovski dragged the visitors back into the contest in the closing stages.

Ermir Lenjani struck to hand Albania a 1-0 victory in Andorra, while Noah Frommelt’s own goal handed Armenia a 1-0 win on the road over Liechtenstein.

The Faroe Islands battled to a 1-1 draw in Moldova thanks to Meinhard Olsen’s late effort, after Ion Nicolaescu’s early strike had seen the hosts lead for the majority of the contest. 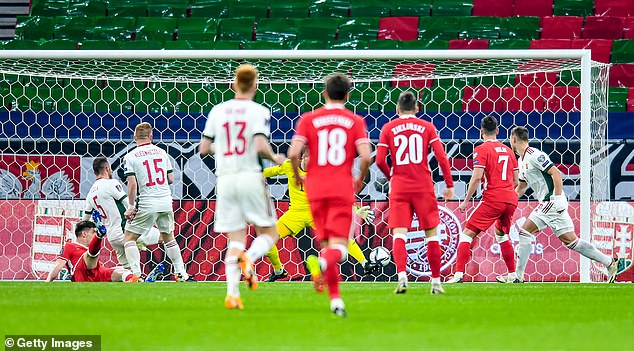 Breel Embolo, Haris Seferovic and Steven Zuber had the visitors in complete control just 12 minutes into the contest.

Kiril Despodov clawed one back for Bulgaria straight after half-time, but the Swiss still coasted to victory.

Martin Braithwaite and Jonas Wind struck either side of half-time to hand Denmark a 2-0 win over Israel.