By Owen Tonks For Mailonline


Their relationship has gone from strength to strength.

And Zara McDermott and her boyfriend Sam Thompson were the picture of happiness as they stepped out for lunch at The Ivy in London’s Chelsea on Monday.

The former Love Island star, 24, cheekily glanced at her Made In Chelsea star beau, 29, as they waited for a taxi outside the restaurant after a family meal. 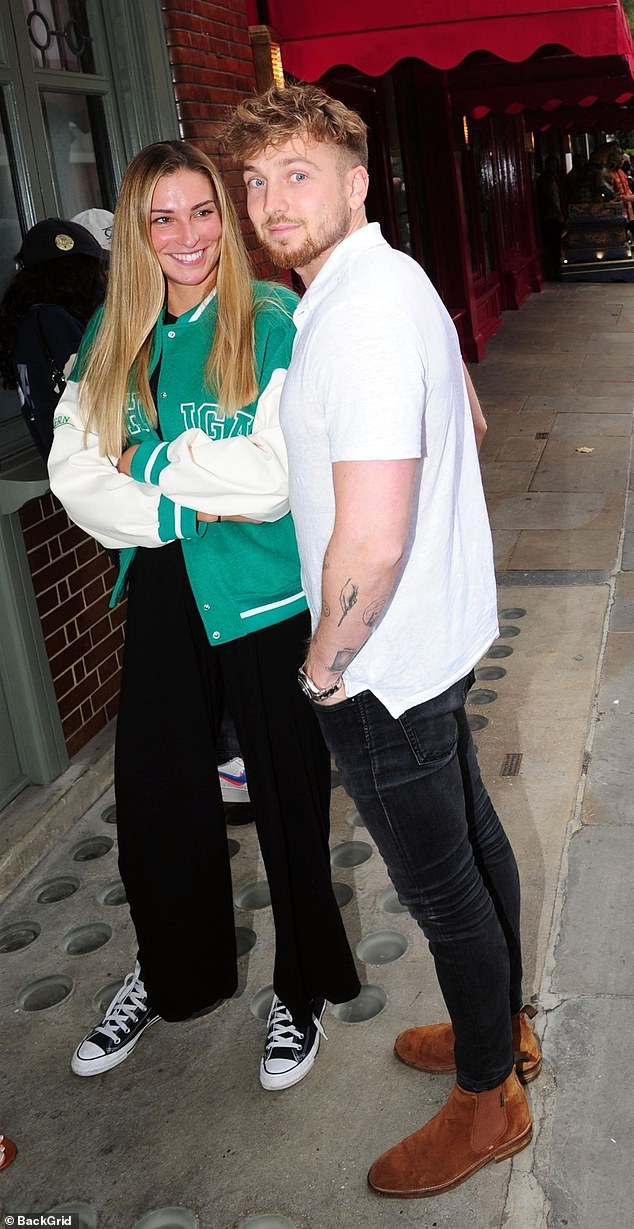 On trend: Zara McDermott, 24, playfully glanced at beau Sam Thompson, 29, as she wore a varsity jacket from her Missguided x Zara McDermott range to The Ivy in Chelsea on Tuesday

Zara cut a casual figure in a Michigan varsity jacket in green from her Missguided x range as she stood alongside Sam who dressed in a smart white polo shirt.

She teamed the black top beneath her coat with a pair of flared trousers and some monochrome Converse shoes.

Zara carried a Dior bag on a strap over her shoulder as she stood close to her man.

Sam wore a pair of dark navy blue skinny jeans which he teamed with some brown suede boots. 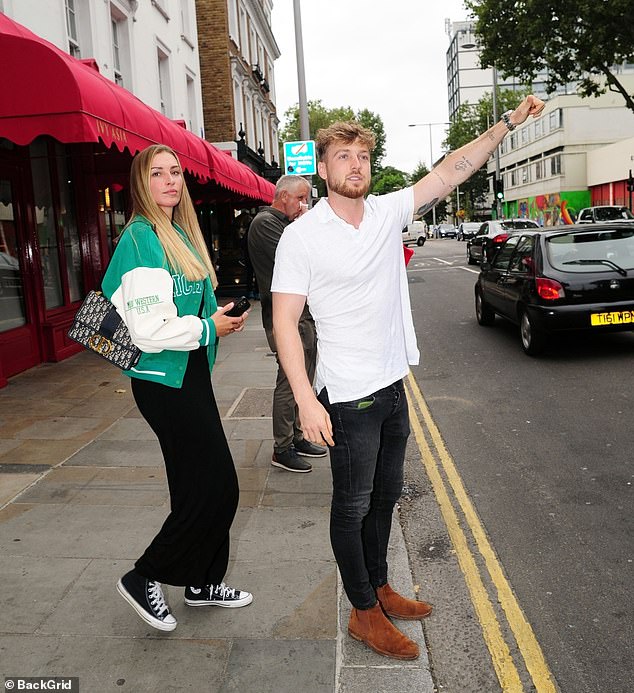 Stepping out: The Love Island star cut a casual figure during her outing with Sam who opted for a white polo shirt and skinny jeans

He could be seen with his arm in the air at the side of the road as he attempted to flag down a taxi.

The couple’s outing comes after they celebrated Sam’s 29th birthday in London earlier this month.

He saw his special day in, in spectacular style as his loved ones pulled out all the stops. 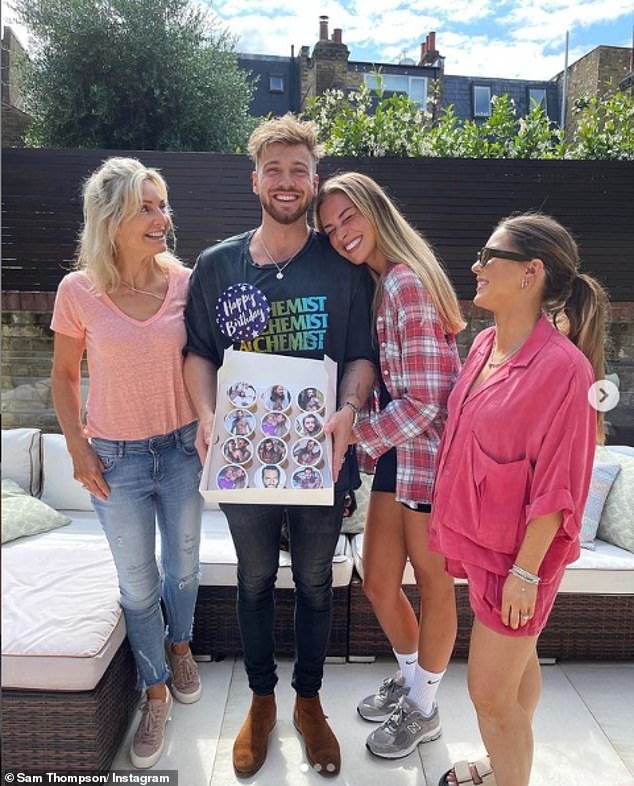 The reality star was gifted a brand new Vespa Scooter by Zara and he was also presented with cupcakes decorated with shirtless images of best pal Pete Wicks.

Both Sam and his family, including sister Louise Thompson and her fiancé Ryan Libbey took to social media to document the fun-filled celebrations including a family dinner at his favourite restaurant.

Sharing pictures with fans on his Instagram page, Sam wrote: ‘It’s my birthday today, spending it with the nearest and dearest. I won’t get overly emotional, but I am under no illusions as to how unbelievably lucky I am to have my family, who put up with me and keep me in check. I love you guys so much and you’re my rock.’

He added: ‘Here’s to many more years of acting like a child……LET THE BOTOX BEGIN!! (ps yes those are @p_wicks01 cupcakes) swipe to see what my amazing girlfriend got me!!!’ 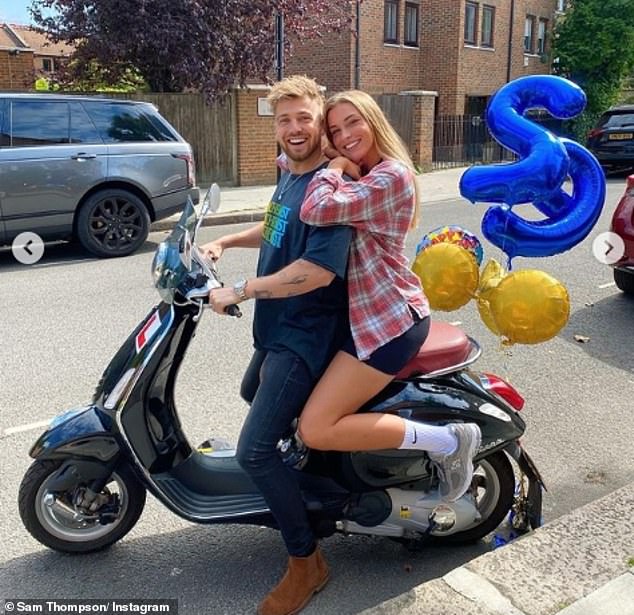 Presents! The Made In Chelsea star was in for a treat as Zara gifted him a brand new Vespa scooter

Astronomers spot a planet 95 light-years from Earth that lost its...

Astronomers spot a planet 95 light-years from Earth that lost its...