Zlatan Ibrahimovic was back with a bang on the international scene on Thursday and he has since revealed his delight at making his comeback for Sweden.

Ibrahimovic retired from Sweden duty after the Euros in 2016, but he made an emotional comeback on Thursday as he played an influential role in the 1-0 World Cup qualifying victory over Georgia.

The veteran AC Milan striker started for Sweden on Thursday and bagged the all important assist as Viktor Claesson clinched the three points in the 35th minute. 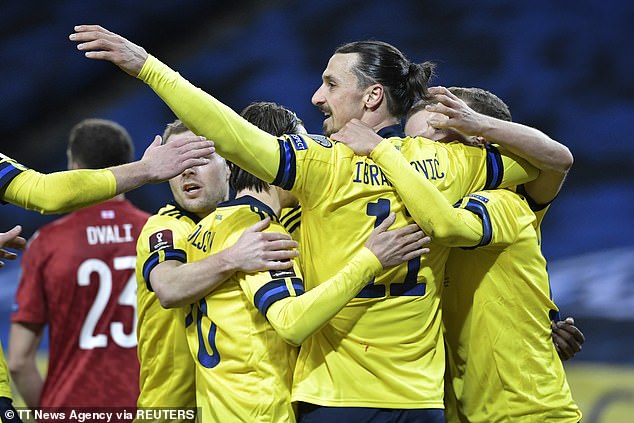 And following the final whistle, Ibrahimovic – in his typical self-assured fashion – joked that Sweden has a ‘new king.

Ibrahimovic took to Twitter afterwards to post a photo of him playing on Thursday night, alongside the caption ‘Carl XVII Guztaf’ – pretending he is the heir to Carl XVI Gustaf, the King of Sweden.

Ibrahimovic then later jokingly commented: ‘There’s the old King and the new King.’

But while he made a light-hearted joke about his international comeback, Ibrahimovic did admit to having butterflies after finally putting on the national shirt again.

‘I felt the butterflies in my stomach. No pressure but I was excited, it was nice, a great feeling,’ the 39-year-old told La Gazzetta dello Sport. 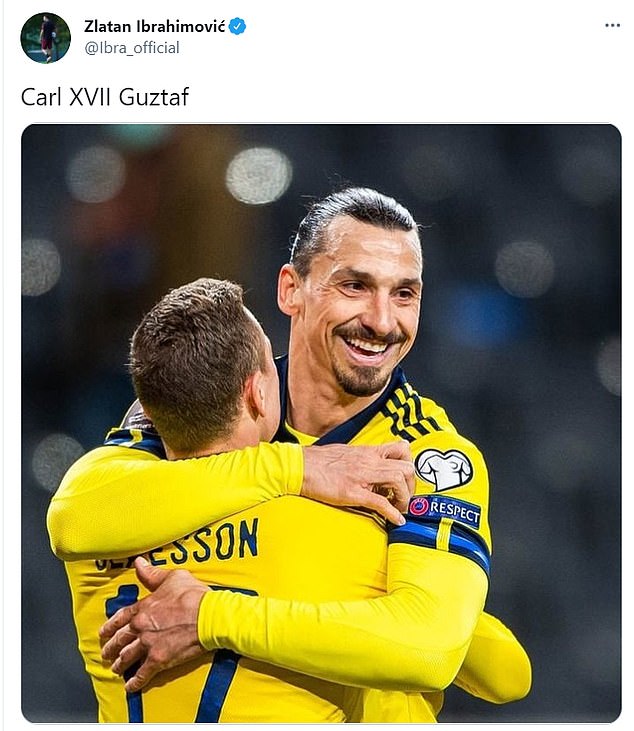 ‘We fought hard, we are united, but we missed something. Maybe we showed too much respect towards Georgia. It wasn’t an easy game, but we took the three points home,’ the striker continued.

‘It was thrilling to return, but now we must continue. We can only improve by staying together and getting to know each other better.

‘We are missing the fans. I can handle it, I am accustomed to playing without fans, but I miss them. We want to have the Swedish people on our side. They help us so much.’

It wasn’t the most emphatic of performances from Sweden on Thursday but they will be hoping to make it two wins out of two in their World Cup qualifying group come Sunday.

Sweden take on Kosovo away next in a World Cup qualifier on Sunday before facing Estonia at home in a friendly three days later, with the Euros less than three months away. 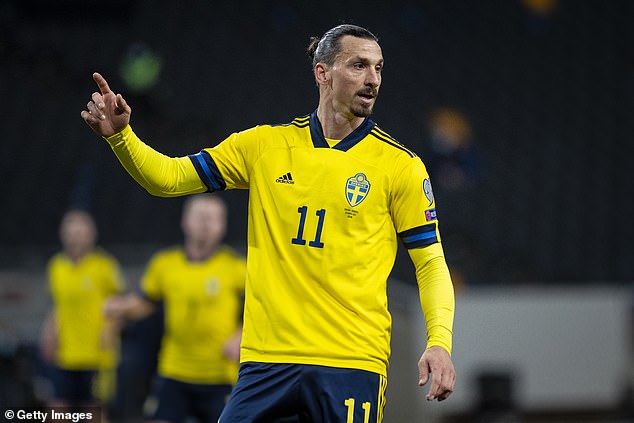