Zombie-knife scaffolder to get booze tag: Man, 23, who was caught with terrifying blade is first in England to be fitted with device that signals if he has been drinking

By Richard Marsden for the Daily Mail

A scaffolder caught with a zombie-style knife is believed to be the first person sentenced in England to wear an ankle tag that monitors if he has been drinking.

Aiden Lund, 23, admitted carrying the 11in blade in public in Morecambe, Lancashire, while under the influence of alcohol and drugs.

He will have to wear the electronic tag for 28 days. It will take a sample of sweat every 30 minutes and alert the probation service if alcohol is detected. 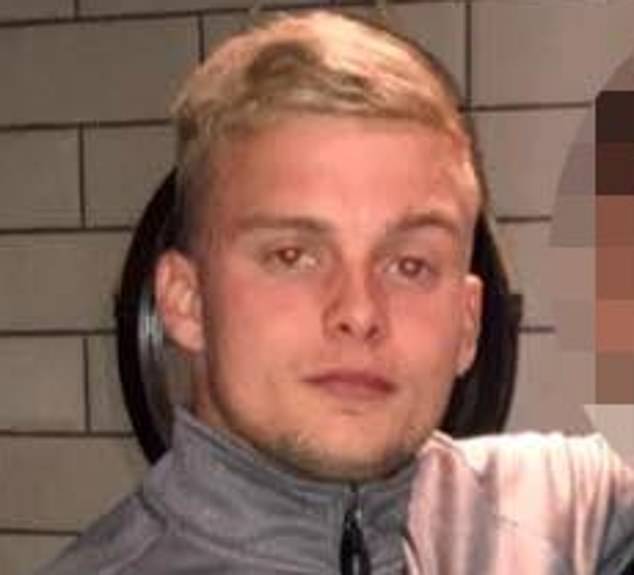 Aiden Lund, 23, admitted carrying the 11in blade in public in Morecambe, Lancashire, while under the influence of alcohol and drugs

The ‘sobriety tags’ are a new measure courts can impose on criminals convicted of booze-related offences such as street violence.

Those caught breaching an abstinence order will face further sentences. More than 100 criminals have been tagged in Wales since a pilot scheme launched in the autumn, with offenders staying sober on 95 per cent of the days they were monitored. The programme will cost £44million over ten years – but ministers insist it is good value given the huge cost of alcohol-related crime.

Up to 2,500 offenders are expected to be tagged across England and Wales in the first 12 months.

Lund, pictured, was also given a 26-week jail term suspended for a year, and 20 days of community service. When arrested, he said he was carrying the knife for his own protection from a man from Manchester.

Sentencing at Blackpool Magistrates Court, District Judge Jane Goodwin said: ‘If this tag detects alcohol on you, you will be in breach and will be brought back to court and will serve the 26 weeks.’