England’s Covid booster jab rollout is struggling to get off the mark because so many mass vaccination centres have been closed and GPs are too busy, it was claimed today.

Questions are being raised about why nearly 5million vulnerable, eligible adults have yet to receive a third dose despite the booster programme launching a month ago.

NHS England boss Amanda Pritchard blamed the sluggish campaign on a dip in demand, suggesting people had become too complacent about their immunity.

But figures show that there are nearly a third fewer mass vaccination hubs in operation now compared to when the original two-dose Covid vaccine programme was at the peak of its powers in April.

The NHS has moved away from the flagship centres, many of which were set up temporarily in sports stadiums, shopping centres and museums, with local pharmacies and GP surgeries now picking up more of the load.

Rolling out boosters is more complicated than the initial vaccine effort because the scheme is running alongside a mass flu jab campaign and an inoculation blitz in children.

A scientist close to the booster programme told MailOnline that the shift away from larger hubs — which can deliver jabs more quickly — was ‘likely’ the main reason the rollout has been slow.

‘The delivery process of the vaccines has been reorganised, big vaccine hubs in England have been shut and the owners are wanting the premises back for their own use,’ the adviser said.

‘It means a lot more of this round of vaccines are being delivered through pharmacies, which has the advantage of being local so people don’t need to travel across town. But they can’t do it at the same speed as the mass hubs.’

Downing Street said today that ministers would ‘put all our energies’ into making sure the rollout speeds up, as the country hurtles towards winter with infection levels approaching peak-second-wave levels.

It comes as another 43,738 Covid cases were recorded across the UK in the past 24 hours, up 13 per cent on the previous week. Meanwhile, deaths hit a seven-month high as 223 were registered.

To add to misery, experts also warned that a subvariant of the Covid Delta strain could be more infectious than its ancestor after it emerged the AY.4.2 was behind nearly one in 10 British cases earlier this month.

Around 3.7million boosters had been administered in England as of Sunday (purple line), the latest date data is available for. But some 8.5million people are currently eligible for a booster dose, having received their second jab six months ago (green line). It means 4.8million people may have sub-optimal immunity 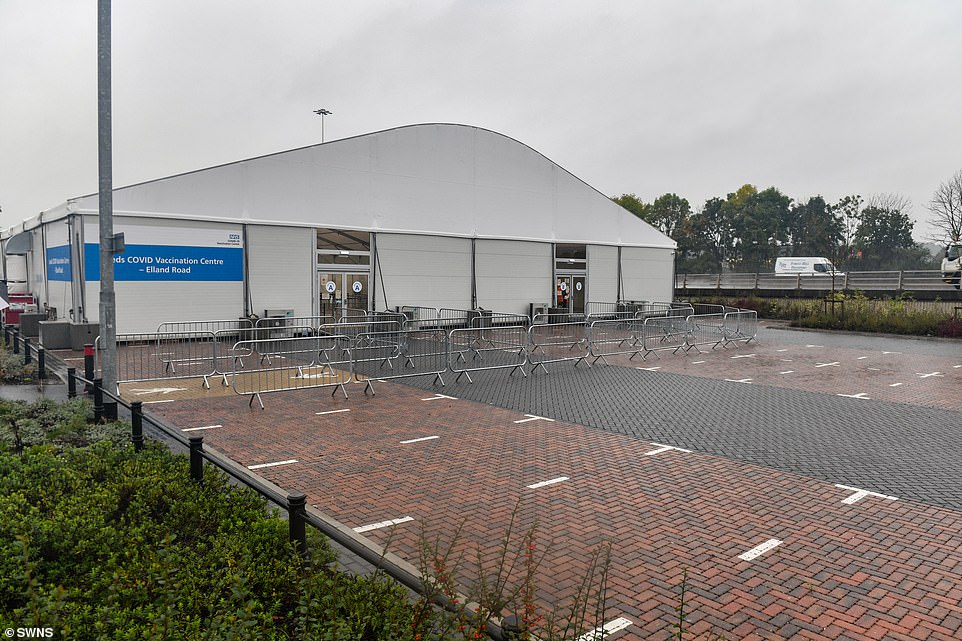 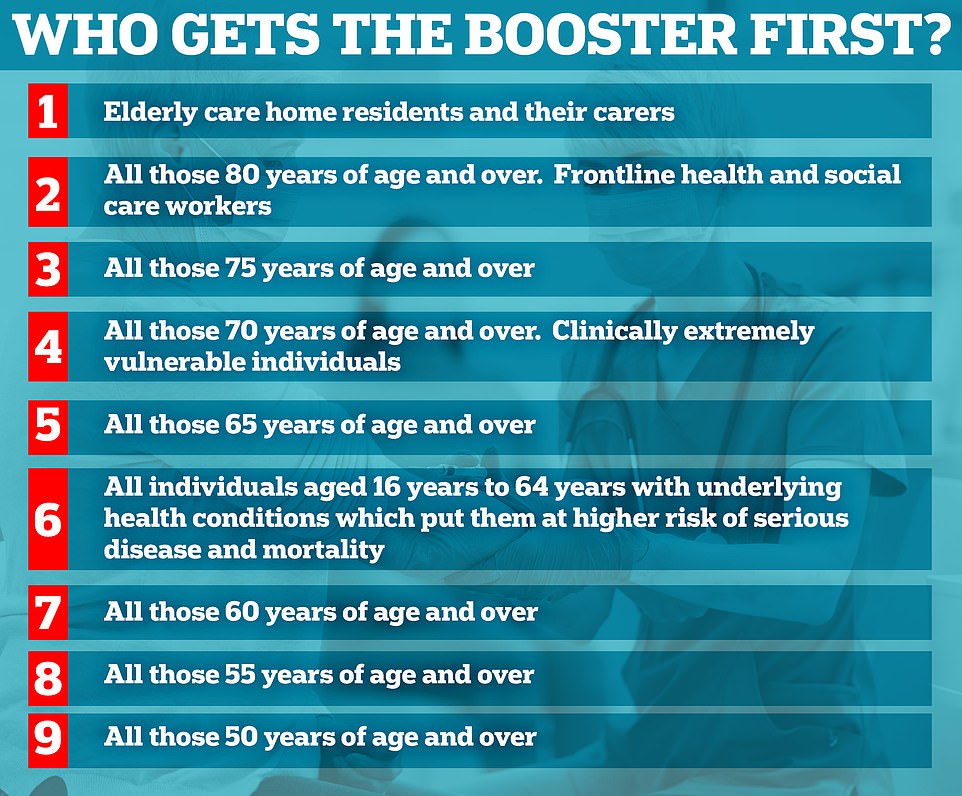 The source said that the large vaccine centres gave the initial rollout ‘incredible visibility’ and highlighted that the majority of people will have got their initial jabs at one.

‘People aren’t being asked to go back to place they had first two jabs this time,’ they added. ‘They’re being asked to find their way to where the vaccine stock is, essentially, which slows the process down.’

GPs are also having to juggle a major flu vaccine rollout, record backlogs and increased demand for doctor’s appointments more generally, which further complicates the booster programme, they said.

Britain’s Covid crisis is continuing to expand with officials recording a seven-month high in deaths today, as data suggests an even more transmissible variant could be taking off.

Department of Health bosses posted 223 laboratory-confirmed fatalities, up 23.2 per cent on last Tuesday’s figure (181). It was the highest victim count since March 9, when 231 people died with the virus.

Deaths are recorded as someone who has passed away within 28 days of a positive coronavirus test and totals are usually higher on a Tuesday because of a lag at the weekend.

And the number of people being hospitalised spiked to 921 on Friday, the latest date data is available for. It was an increase of 20.2 per cent on the previous week.

‘There was some anxiety [within the Joint Committee on Vaccination and Immunisation] about asking GPs to do boosters on top of that and whether they could cope.’

Dr Simon Clarke, a microbiologist at the University of Reading, said it was ‘entirely feasible’ the restructure of the vaccine programme was behind the sluggish start to the booster rollout.

He told MailOnline: ‘I hear that people who are already past the six month-mark from when they got their second jab and they are not being called for their booster vaccine in some places.

‘That sounds as though there is a lack of people to do the vaccinations. The same is true about the slow start to vaccinating teenagers as well, it sounds like an infrastructure issue.

‘Pharmacies have got to continue their normal function as well as administering the vaccines and they are probably not staffed to dish out a significant number of vaccinations.’

Dr Clarke said that GPs were under ‘political pressure’ to get non-Covid care back to normal and see more patients face-to-face.

NHS England sources vehemently denied that the slowness of the booster programme is down to logistics and claim that the nation’s appetite for boosters simply wasn’t as strong as it was in the first rollout.

They point out that there are actually more vaccine centres in England now — 2,200 — than ever before, even though there are fewer mass hubs. In April there were 160 mass centres across England compared to 110 now.

NHS England’s chief executive Amanda Pritchard told MPs on the Health Select Committee today that there was ‘plenty of capacity’ to vaccinate all eligible people immediately. She added: ‘It’s really important that we now absolutely do get the message out that is Covid is still with us.’

Experts told MailOnline that a dip in demand was definitely a factor in the slowdown. The plans for boosters were only approved last month and scientists have emphasised that the first two doses are still the most crucial.

But a survey for the World Economic Health Forum in September found that more than eight in 10 UK adults who had received two doses of a vaccine would take a booster if offered — one of the highest rates in Europe. 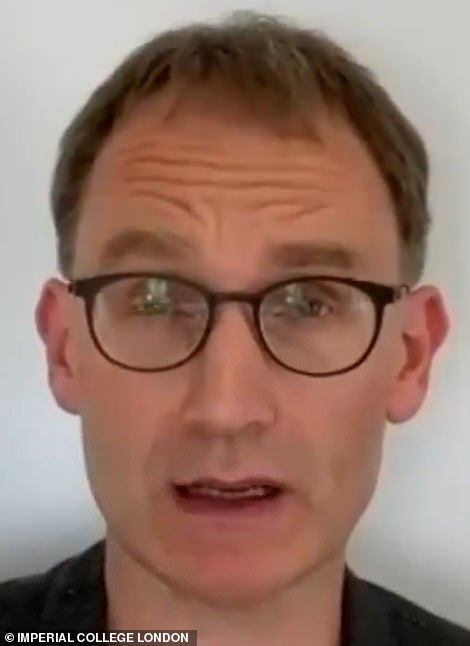 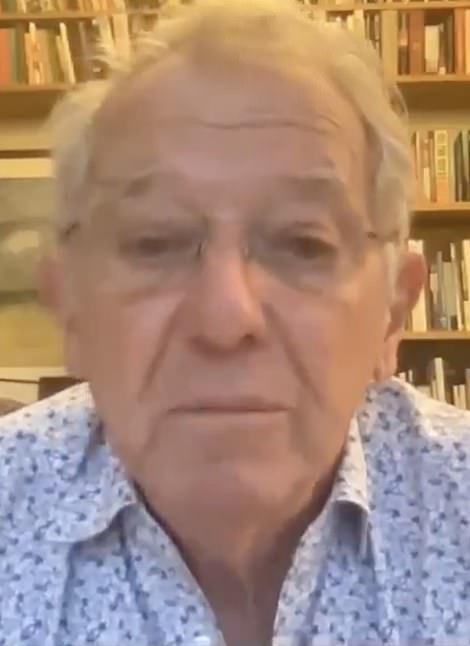 SAGE adviser ‘Professor Lockdown’ Neil Ferguson (left), an epidemiologist at Imperial College London, said it is ‘critical we accelerate’ the booster drive. And Sir David King (right), who was the Government’s chief scientific adviser from 2000 to 2007, said the rollout is moving ‘extremely slowly’

The Joint Committee for Vaccination and Immunisation (JCVI) — which advises the Government on vaccine policy — last month finally approved plans to revaccinate all healthy over-50s, frontline health staff and carers and patients with underlying medical conditions.

Eventually, more than 30m Britons will qualify for boosters but they are only being invited for one if they had their second dose six months ago.

Is an even MORE infectious strain of Delta now taking off in Britain?

A subvariant of the Covid Delta strain could be more infectious than its ancestor, experts warned today after data revealed the proportion of cases linked to the strain has doubled in a month.

AY.4.2, as it is currently known to scientists, made up almost 10 per cent of all infections in England in the fortnight ending October 9. Virus-trackers at the Wellcome Sanger Institute, which sequences thousands of Covid samples every week, say its prevalence stood at just four per cent in mid-September.

Academics estimate it may be up to 15 per cent more transmissible than the original Delta, which rapidly became dominant in Britain in the spring before taking off worldwide.

It has been detected in almost every part of the country, figures show, and it’s thought to be behind almost 60 per cent of positive tests sampled sequenced in Adur, West Sussex.

No10 today said it was ‘keeping a very close eye’ on AY.4.2 but insisted there is ‘no evidence’ that it spreads easier. Boris Johnson’s official spokesperson also warned the Government ‘won’t hesitate to take action if necessary’.

According to estimates, it means that 8.5m people in England are currently eligible for a top-up dose. But, despite being four-months into the rollout, just 3.7m third doses have been given.

It has left around 4.8m people with sub-optimal immunity as the country moves into the colder months and faces the double threat of increasing case numbers and flu.

Broken down, just 1.3m out of 2.4m eligible over-80s, who are in the highest risk age bracket, have been jabbed. The NHS figures also show that around a third of double-jabbed people aged 75 to 79 are likely to have received a booster, along with 15 per cent of those aged 70 to 74.

Currently there are around 1.3m boosters being administered each week but over 2m are becoming eligible every week which is leading to a significant shortfall.

The professor of paediatrics at the University of Bristol added: ‘The programme has got much more complicated than it was before.

‘Previously, it was a straightforward matter of opening large centres and getting people in by age groups. Now we have multiple different groups being offered vaccines.

‘They are really difficult patients to identify and to sculpt the programme. High risk groups are very difficult to reach.’

After a cabinet meeting held at the Science Museum on Tuesday, they added: ‘The prime minister stressed that our autumn and winter plan continues to keep the virus under control and that case rates and hospital admissions remain broadly flat.

It came on the back of increasing pressure from even within the Government’s own scientific advisory panel SAGE to speed up the rollout.

‘Professor Lockdown’ Neil Ferguson, a key modeller at Imperial College London, insisted it was ‘critical we accelerate’ the booster drive to give ourselves the best chance of avoiding having to bring back curbs.

Sir David King, who was the Government’s chief scientific adviser from 2000 to 2007, criticised the rollout for moving ‘extremely slowly’.

And Professor Andrew Hayward, a SAGE adviser and University College London epidemiologist, insisted it was ‘so vital this booster programme gets done as soon as possible.’