A 12-year-old girl with autism has gone blind after blood tests failed to pick up a vitamin A deficiency.

Bella Mildon has the mental age of a one-year-old and like many children with autism will only eat certain foods, including Marmite sandwiches, crisps and water.

Her parents took her to hospital four times in less than a week after Bella kept knocking into objects at their home in Somerset.

But they claim doctors failed to perform a blood test and the 12-year-old collapsed days later.

When she woke up, she had lost her sight because of a vitamin A deficiency.

Bella’s parents say if she had been tested one week earlier, she would not have lost her sight. 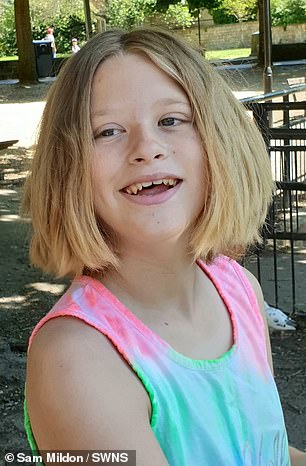 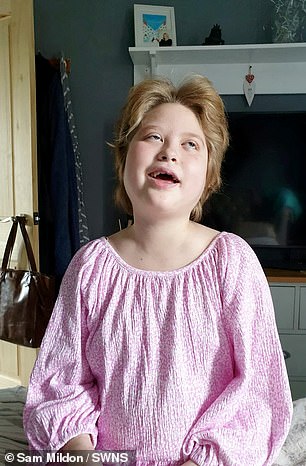 Bella Mildon, pictured left before she went blind, and right, after she lost her sight becuase of a Vitamin A deficiency 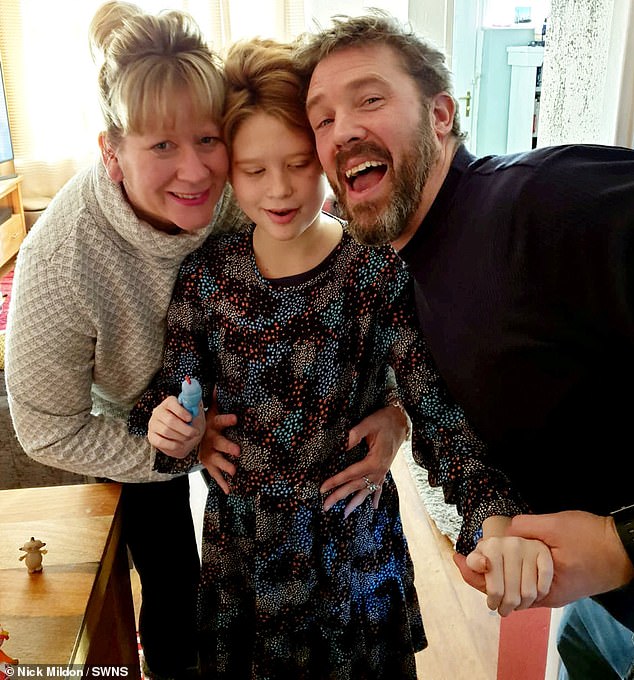 Bella’s parents Sam and David (pictured with their daughter), are now campaigning for more rigorous testing procedures, to stop the same thing happening to other children

Bella’s parents Sam and David are now campaigning for more rigorous testing procedures, to stop the same thing happening to other children.

They are calling for more comprehensive testing for autistic children who have dietary restrictions.

What is Vitamin A and why does our body need it?

What is Vitamin A?

Vitamin A, also known as retinol, has several important functions.

These include: helping your body’s natural defence against illness and infection (the immune system) work properly, helping vision in dim light and keeping skin and the lining of some parts of the body, such as the nose, healthy.

Good sources of vitamin A include: cheese, eggs, oily fish, fortified low-fat spreads, milk and yoghurt, and liver and liver products such as pâté.

Changes in vision are often the first noticeable sign of vitamin A deficiency.

You may notice that you cannot see as well as night, you may also find that your eyes are dry and irritate easily.

If vitamin A deficiency is severe or is allowed to progress, serious problems can develop.

The most serious problem is permanent blindness.

Mrs Mildon, 53, said: ‘What’s tough is Bella’s vision was her way of communicating. She has no communication and we’re now just starting from scratch.

‘It should never have happened. Even if they’d done the blood test a week before she wouldn’t have gone blind.’

Advisory body NICE is reviewing its guidance about handling nutritional deficits among children with autism.

The regulatory body of the NHS is looking into Bella’s case in a bid to determine whether autistic children should be tested more to check for vitamin deficiencies.

‘They’re going to review the situation because of Bella’s case and we’re over the moon,’ Mrs Mildon added.

‘What can we do to turn this into a positive situation? The only thing we can do is change the law for guidance.’

Bella’s parents, both full-time carers for their daughter, became worried about her eyesight when she began knocking into objects on the weekend of January 23 and took her into hospital several times the following week.

Mrs Mildon told the BBC: ‘We knew something was going on so we went in on the Saturday. We then went in again on the Monday and again on the Wednesday and Thursday, and not one blood test was done in that time.’

Bella collapsed in her bedroom on January 31 and was given CPR by her father before being taken to hospital where she spent four days in intensive care.

Mrs Mildon said: ‘He found her not breathing, completely limp with her mouth open and eyes rolled back in her head.

‘When she woke up her eyes weren’t working properly and they told us that she had probably lost her vision. We finally brought her home but we brought a different Bella home, one that can’t see.

‘It should never have happened – even the neurologist and everybody said this was preventable had she had these blood tests earlier.

‘She’s been on a restricted diet since she was five and in any of these years if she had this blood test – they would have since these vitamin levels are depleted and done something about it.’

According to the BBC, Bella may be one of five children seen by Bristol Children’s Hospital in recent years who have lost their sight as a result of vitamin A deficiency.

Mrs Mildon added: ‘Bella collapsed and was in the hospital – when she woke up, she was blind. We vowed at the time – 6 weeks ago – we have to stop this happening a child.

‘Autistic children often have eating disorders and restrictions. Our daughter is blind, and it appears irreversible. Currently there are no guidelines for children with restricted diets to have regular vitamin A tests.

‘If this had been the case, our daughter would not now be blind.’ 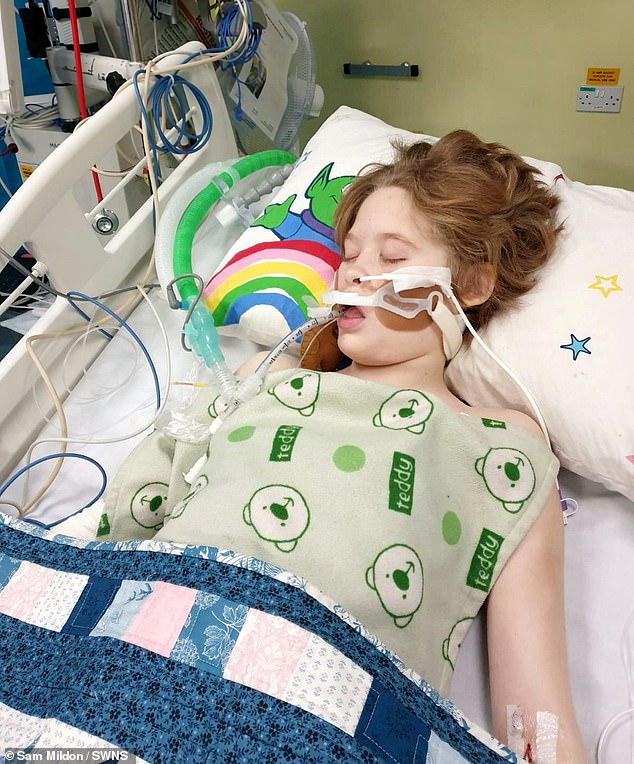 Bella was admitted to intensive care after collapsing. When she woke up, the 12-year-old had lost her sight

Paul Chrisp, director of the NICE centre for guidelines, said: ‘We are currently consulting clinical experts during a review into our guideline on the support and management of under 19s with autism spectrum disorders.

‘We have asked these experts about the issue of nutritional deficiency and restricted diets as part of this review and expect to share more information in the coming months once our initial consultation is completed.’

Medical director at University Hospitals Bristol and Weston NHS Foundation Trust, Dr William Oldfield confirmed to the BBC that the hospital was continuing to provide care and treatment for Bella.

‘Wider research is needed to better understand which patient groups are more at risk of developing nutritional deficiencies caused by a restrictive diet, to further inform treatment and support as appropriate,’ he added.