Italian footballer Daniel Guerini is killed in a car crash aged 19: Lazio team-mates are ‘shocked by pain’ after midfielder’s death in Rome

Italian football was in mourning today after young player Daniel Guerini was killed in a car crash at the age of 19.

The Lazio midfielder was involved in an accident on Wednesday night with two friends who are both in a critical condition in hospital.

The Rome-based club said last night it was ‘incredulous and shocked by pain’ after news emerged of the young player’s death.

Guerini had previously played for Italian clubs Fiorentina, Torino and SPAL at youth level and represented Italy in its under-15 and under-16 teams. 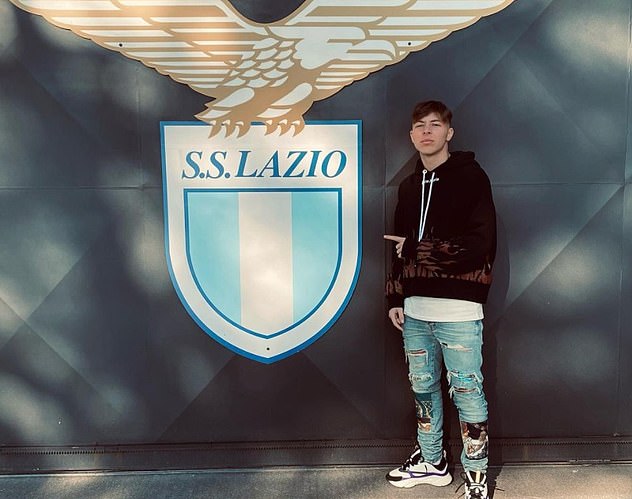 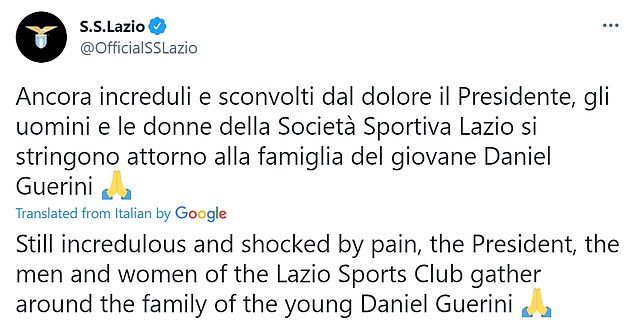 The crash took place at around 8pm on Wednesday when Guerini’s vehicle collided with a Mercedes Class A driven by a 68-year-old man.

Guerini and his two comrades, both also aged 19, were in a Smart For Four car which hit the Mercedes at an intersection in Rome, reports say.

There has been an outpouring of emotion from Lazio, who announced the news on their social media page.

The tweet read: ‘Still incredulous and shocked by pain, the President, the men and women of the Lazio Sports Club gather around the family of the young Daniel Guerini.’

A statement from Fiorentina added: ‘We are shocked and saddened to learn of the sudden death of Lazio youngster Daniel Guerini, a member of the Fiorentina youth academy in 2018/19 and 2019/20. 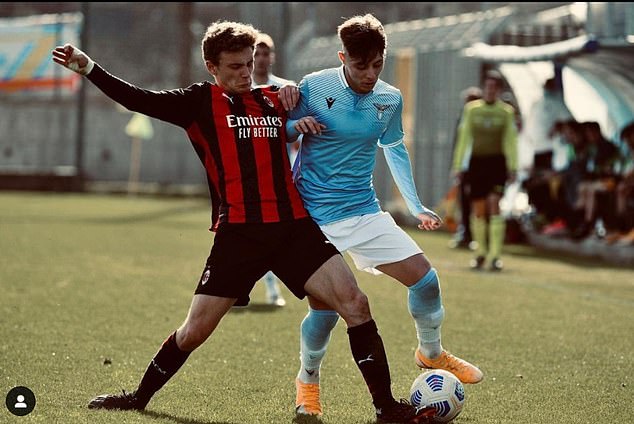 ‘The thoughts of President Commisso and everyone at the club are with the Guerini family at this extremely difficult time.’

Guerini began his career in Lazio’s academy before joining Torino on a free transfer in 2016.

He then played for Fiorentina’s youth side and went on loan to SPAL last season.

He returned to Lazio in January on a three-year deal and had previously impressed for the Italy age grade sides, representing the Under-15s and Under-16s.

Guerini celebrated his 19th birthday on Sunday and his loss has been severely felt at his former clubs.