A woman has shared a scary video of a man harassing her on the street and asking her for her phone number after he followed her out of the subway.

Ally Van Roosen, a 25-year-old pastry chef living in New Jersey, filmed the man as he relentlessly hit on her and refused to take ‘no’ for an answer while she was walking home by herself at night.

‘What is it about you Caucasian women that makes all of y’all so attractive?’ the stranger asks her in the clip she shared on TikTok. 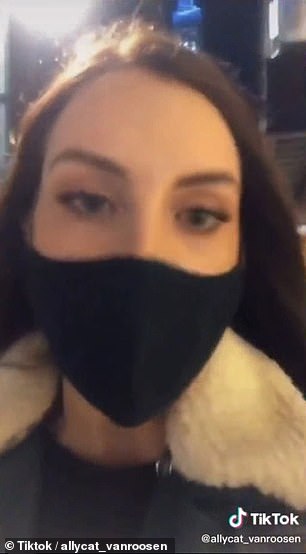 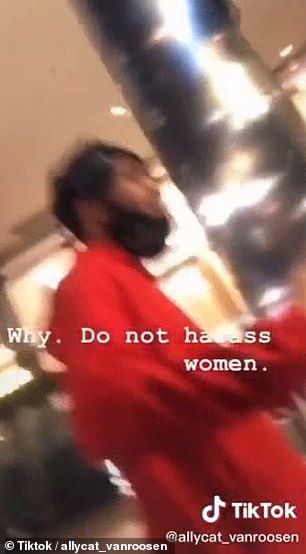 Scary: Ally Van Roosen, a 25-year-old pastry chef living in New Jersey, filmed a man harassing her on the street after following her out of the subway and shared the footage on TikTok 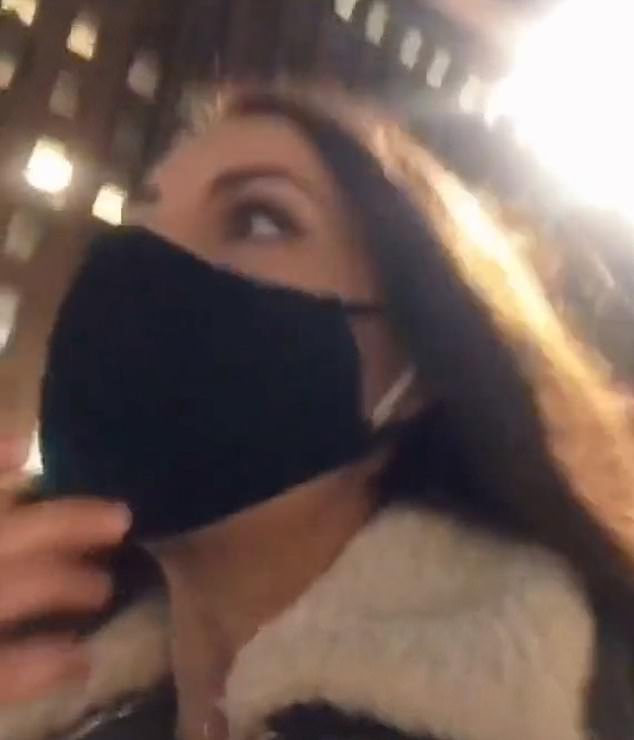 Hard to handle: Ally was polite but firm as she repeatedly asked him to leave her alone, but the stranger wouldn’t take ‘no’ for an answer, saying he was an ‘alpha’ male

‘I’m not sure. I just know that you approached me on the subway and I don’t really need that right now,’ she responds politely.

The stranger tries to justify his behavior, saying: ‘I’m a man, I’m an alpha. Like, if I see a bad chick, I’m gonna approach her. I ain’t no sucker.’

‘I appreciate that, but I don’t want to speak right now,’ she explains. ‘I’m trying to be as polite as possible, but I don’t really need a chaperone.’

The man completely ignores what she just said and asks for her phone number. When she tells him she doesn’t want to give it to him, he says she is ‘pretty’ and he wants to talk to her ‘a little more.’

Ally once again tells him that she doesn’t want to talk to him, but he continues to ignore her request.

‘I feel like we have a lot in common,’ he insists. 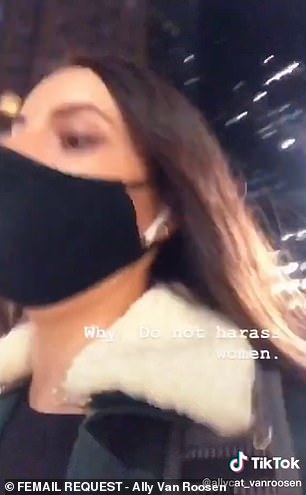 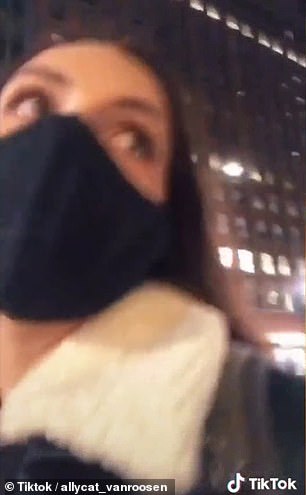 Harassment: After she told him she didn’t want to talk to him, he asked for her phone number and insisted they have ‘a lot in common’ 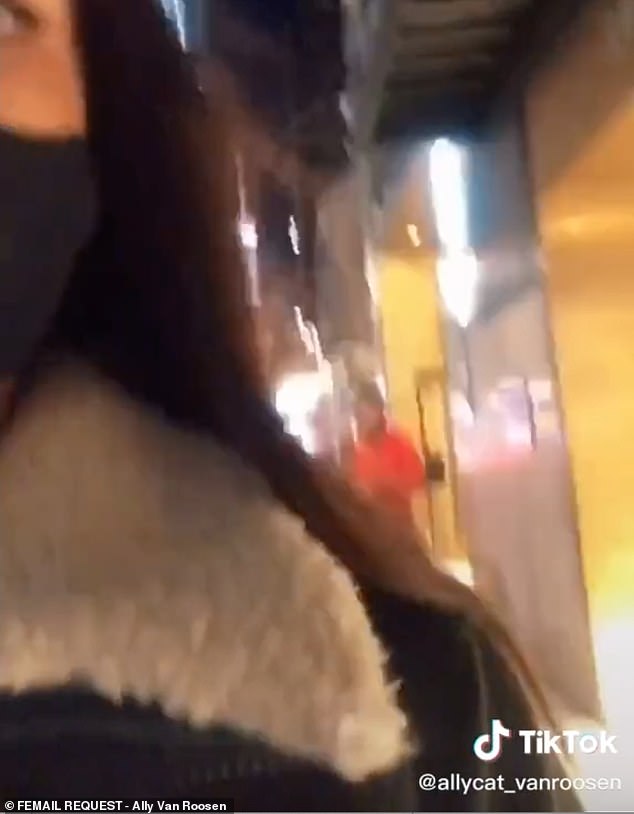 Terrifying: The man eventually stopped following her, but he screamed at her as she walked away from him

‘I don’t think so. I don’t want to talk to you anymore,’ she hits back.

‘You don’t?’ the man asks, sounding surprised. ‘Really? Why Not?’

Ally stresses that she doesn’t want to talk to him, adding: ‘Please don’t look at my a** when I’m walking away. I really don’t need you to do that.’

The man finally stops following her, but he starts yelling as she leaves him behind.

‘I really don’t like being harassed,’  she tells the camera. ‘This is not OK. And he’s screaming at me.’

Ally’s video has been viewed more than 1.1 million times and has received thousands of comments, many of which were from women who could relate to this all-too-common type of harassment.

‘Being followed n the street while you’re alone is absolutely terrifying. I’m so sorry,’ one person wrote, while another added: ‘I saw the fear in your eyes. Why are men like this?’

‘NO is a complete sentence. No further explanation is necessary nor “owed.” I’m glad you’re ok,’ someone else commented.

A number of people wanted to know if Ally was safe, prompting her to film a follow-up video about the incident.

‘Everything’s fine. I’m good, but if anything, it was more annoying having a guy straight up follow you when you’re asking him not to do that,’ she says. ‘It went on for blocks before I started taking the video.’

Ally then recounts how the man asked her where she was going and she had to make up a story about how she was headed to her boyfriend’s place.

‘I don’t have a boyfriend, but the fact that I had to make that up really sucks  — just to get somebody to leave you alone,’ she says.

‘I’m living in the Jersey area by myself. I just got this apartment, so if you have any tips on how to stay safe…I would love to hear them and read about them.’