Turkey threw away two separate two-goal leads to dramatically draw 3-3 at home to Latvia to end their 100 per cent start to their 2022 World Cup qualifying campaign.

Senol Gunes’ side went into Tuesday’s tie having convincingly beaten Holland and Erling Haaland’s Norway in their first two qualifiers and got off to the perfect start when Kenan Karaman put them in front on two minutes from Hakan Calhanoglu’s ball.

AC Milan midfielder Calhanoglu doubled the advantage later in the first-half and while Roberts Savalnieks pulled one back for Latvia before half-time, Burak Yilmaz’s spot-kick restored Turkey’s two-goal lead in the second-half. 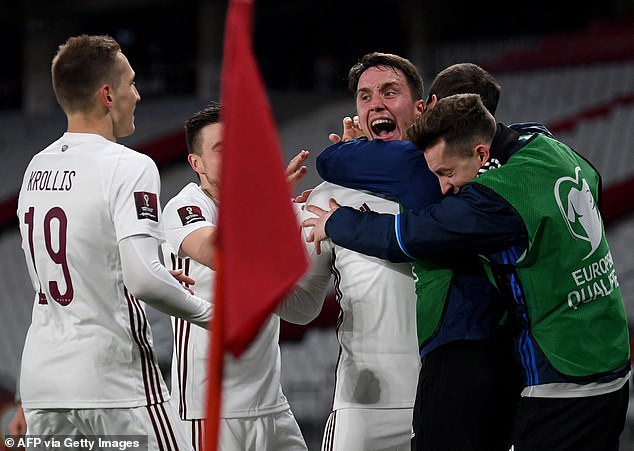 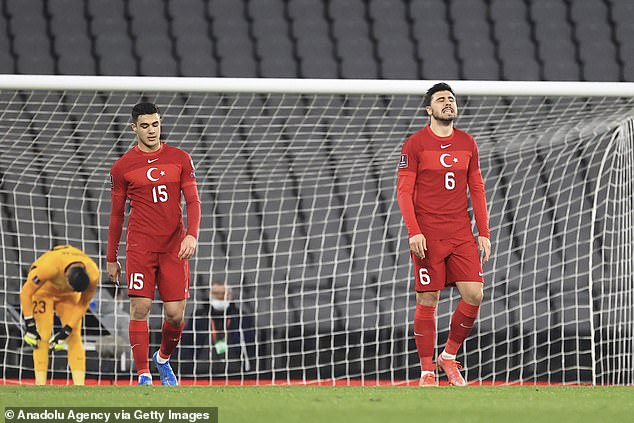 But Gunes’ Turkey suffered an astonishing collapse in the final half an hour as Roberts Uldrikis and Janis Ikaunieks struck to break Turkish hearts.

Meanwhile, Fulham striker Alexander Mitrovic has put his disappointing club form behind him in recent weeks and his brace earned Serbia a 2-1 victory in Azerbaijan.

The 26-year-old struck nine minutes from time to clinch the victory for Dragan Stojkovic’s team after his first-half effort was cancelled out by Emin Mahmudov’s penalty on the hour mark. 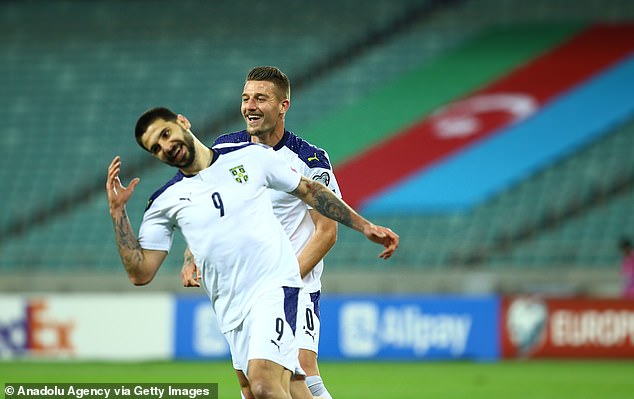 Mitrovic now has five goals in his last three qualifying matches after also scoring a brace against Ireland, as well as finding the net against Portugal.

Erling Braut Haaland failed to find the scoresheet for Norway once again but Alexander Sorloth stepped in to rescue his country, who edged past Montenegro 1-0 on Tuesday night. 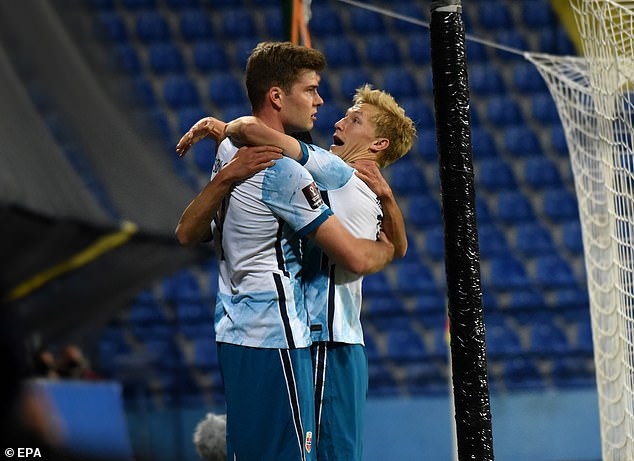 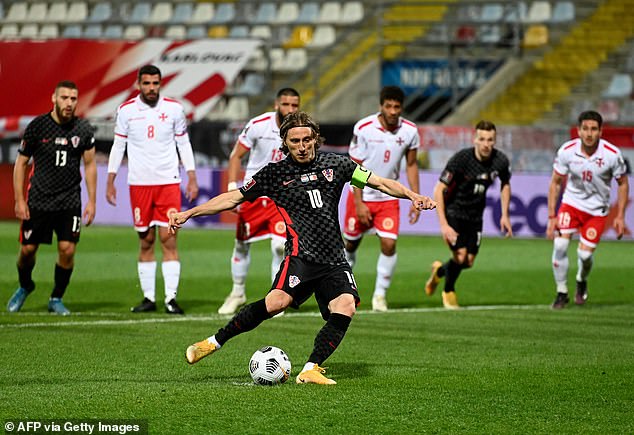 Malta managed to keep the score goalless at the half-time break but second-half strikes from Ivan Perisic and Josip Brekalo, either side of Luka Modric’s penalty, moved Croatia top of Group H on goal difference.

Russia missed the chance to take that top spot as they lost 2-1 to Slovakia thanks to Robert Mak’s late winner. 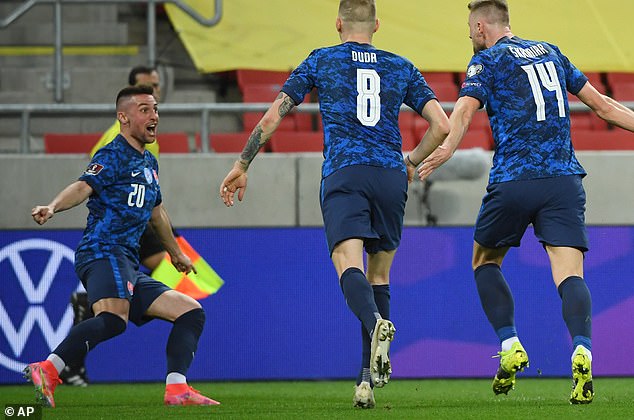 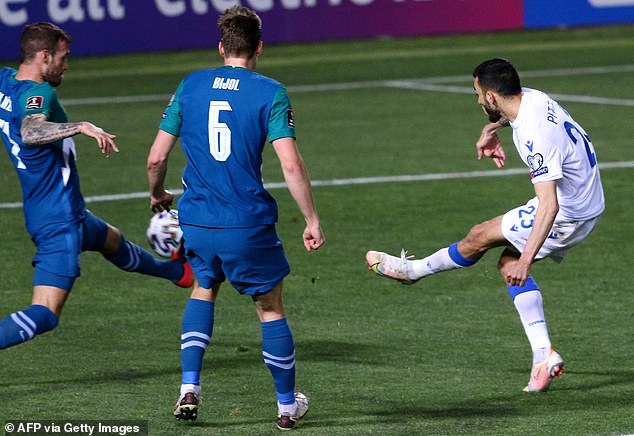 Inter Milan defender Milan Skriniar opened the scoring for the Slovaks in the first-half but Mario Fernandes levelled the match on 71 minutes.

But three minutes after Russia’s equaliser, Mak scored the winner to move Slovakia one point behind Croatia and Russia in third place.

The other game in the group saw Ioannis Pittas score the winning goal for Cyprus, who stunned Slovenia 1-0 in Nicosia.