Around 70% of US parents hesitant to get their child vaccinated against Covid are concerned about side effects and 25% say their kid does not need the jab, survey finds


A majority of parents who are hesitant to get their child vaccinated against COVID-19 fear potential side effects of the vaccine.

The Week 39 Household Pulse survey, conducted by the U.S. Census Bureau and  published on Wednesday, asked parents of children aged 12 to 17 – who were unsure or definitely did not plan to get their child vaccinated – their reasons for hesitation.

More than two-thirds, 69 percent, reported they were concerned about side-effects, while one in every four parents said they were not sure if their children needed the shot.

Until this week, children aged 12 to 17 were the youngest age group eligible for the vaccine, though regulators made the decision to expand vaccine authorization to children aged five to 11 earlier this week.

Many parents have been undecided on vaccinating their children because kids rarely get severely ill and make up less than 0.1 percent of all Covid deaths in the U.S. 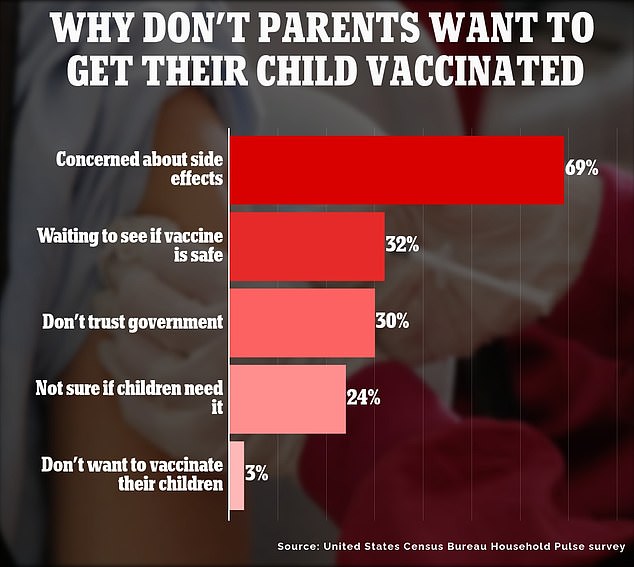 A majority of parents that do not have plans to get their child aged 12 to 17 vaccinated for Covid cite concerns about side effects as the reason why. Around a third are waiting to see if the vaccine is safe, and a quarter are not sure if their children even need the shots 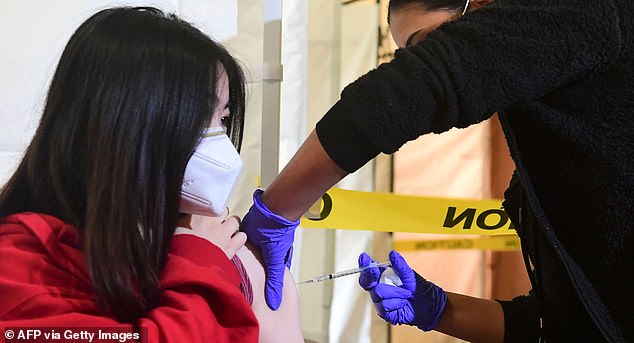 Hospitalizations and deaths among children are rare, though officials still want America’s youth to get the shot to limit transmission of the virus

Of 45.7 million respondents, 13 million parents answered they either were ‘unsure’ of, ‘will probably not’ or would ‘definitely not’ getting their child vaccinated.

Those 13 million respondents were then asked why they did not plan on getting their children jabbed.

Nearly one-third reported that they would wait to see whether the vaccine was safe in children that age.

Around 30 percent of parents said they do not trust the government, and three percent say they do not give their child any vaccines.

Many of these parents also fall within the 69 percent of parents who are concerned about the jab’s side-effects and 24 percent who are not sure if their children need the shot.

Vermont is the state where parents worry most about the side effects of the COVID-19 vaccines, with 100 percent of the 12,000 parents surveyed reporting their fears.

Delaware was among the leaders as well with 78 percent of parents who did not plan to vaccinate their children citing fear of side effects.

The most serious side effect that can strike children is myocarditis, heart inflammation, a rare condition which is usually minor but can result in death in more serious cases.

More than half of parents in Maine who do not plan of vaccinating their children say they do not believe it is needed – the only state to eclipse the halfway mark with 61 percent.

While deaths and hospitalizations do occur, they are rare, and often among children with a serious underlying condition. 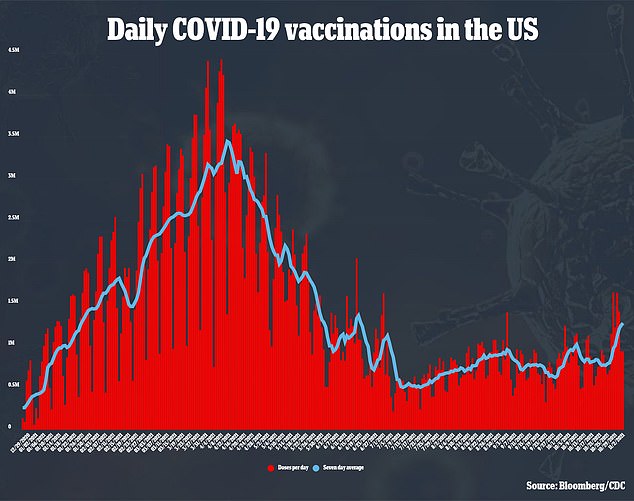 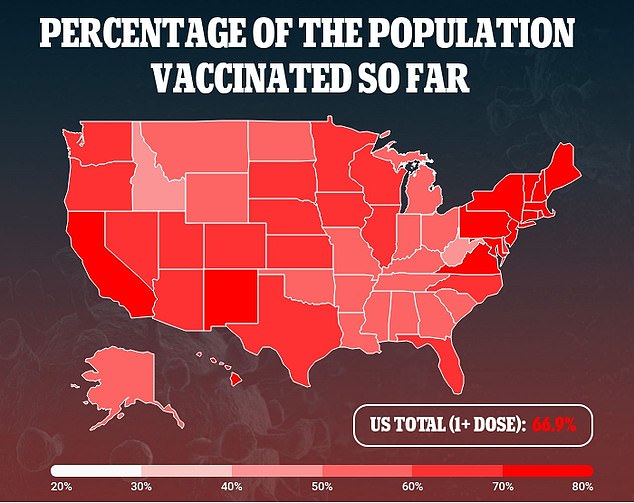 Vermont also has the largest portion of parents who are waiting to see if the vaccine is safe at 68 percent.

Among vaccine-hesitant parents who don’t trust the government, California has the highest share at 71 percent followed by Maine at 61 percent.

According to the most recent data from the Centers for Disease Control and Prevention, 56.8 percent of Americans aged 12 to 15 have received at least one shot of a COVID-19 vaccine and 47.6 percent are fully vaccinated.

Numbers are slightly higher for those aged 16 or 17, with 63 percent having received at least one dose, and 54.9 percent fully vaccinated.

In total, 78 percent of Americans over the age of 12 have received at least one shot of a vaccine, and 68 percent are fully vaccinated.