Adele was seen sporting a band on her wedding finger as she exited a studio in west London on Friday, following her return to the UK for her much-anticipated comeback show.

The singer, 33, opted for a chic all-black ensemble as she headed into the capital, just hours after being seen enjoying a swanky Chinese dinner with her boyfriend Rich Paul.

It comes as fans eagerly await Adele’s return to the stage with a star-studded ITV special filmed at the London Palladium to coincide with the release of her new album 30. 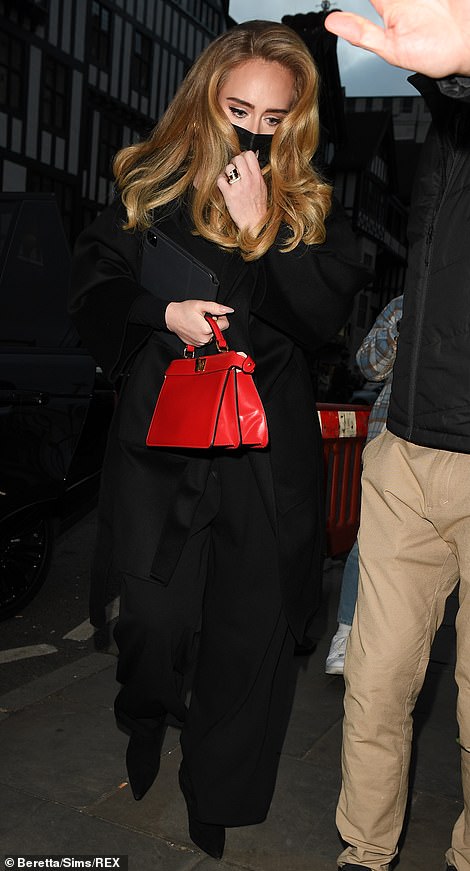 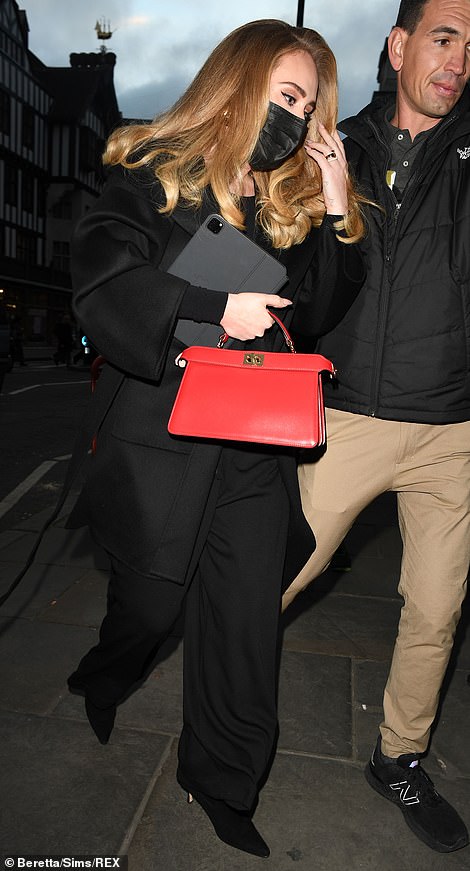 New addition: Adele, 33, was seen sporting a band on her wedding finger as she exited a studio in west London on Friday, following her return to the UK for her much-anticipated comeback show

Adele sported a sophisticated black longline coat, oversized trousers and pointed-toe boots as she left the studio flanked by her security.

The Easy On Me hitmaker carried a £3,112 Fendi Peekaboo and an iPad as she stepped out wearing a black face mask.

Adele cut a solo figure for the outing, sporting the band on her wedding finger, hours after enjoying dinner with her boyfriend Rich, 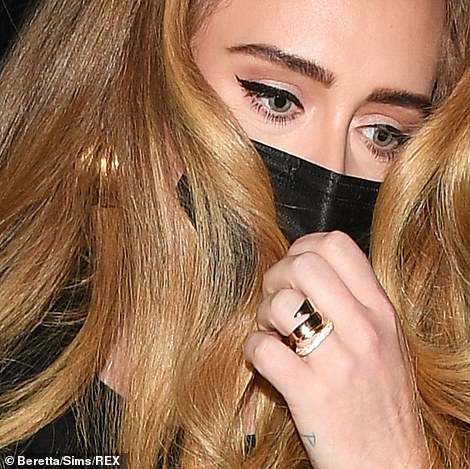 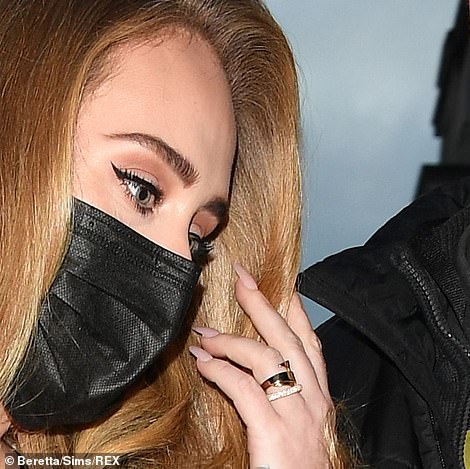 What’s that? The singer, 33, opted for a chic all-black ensemble as she headed into the capital, just hours after being seen enjoying a swanky Chinese dinner with her boyfriend Rich Paul 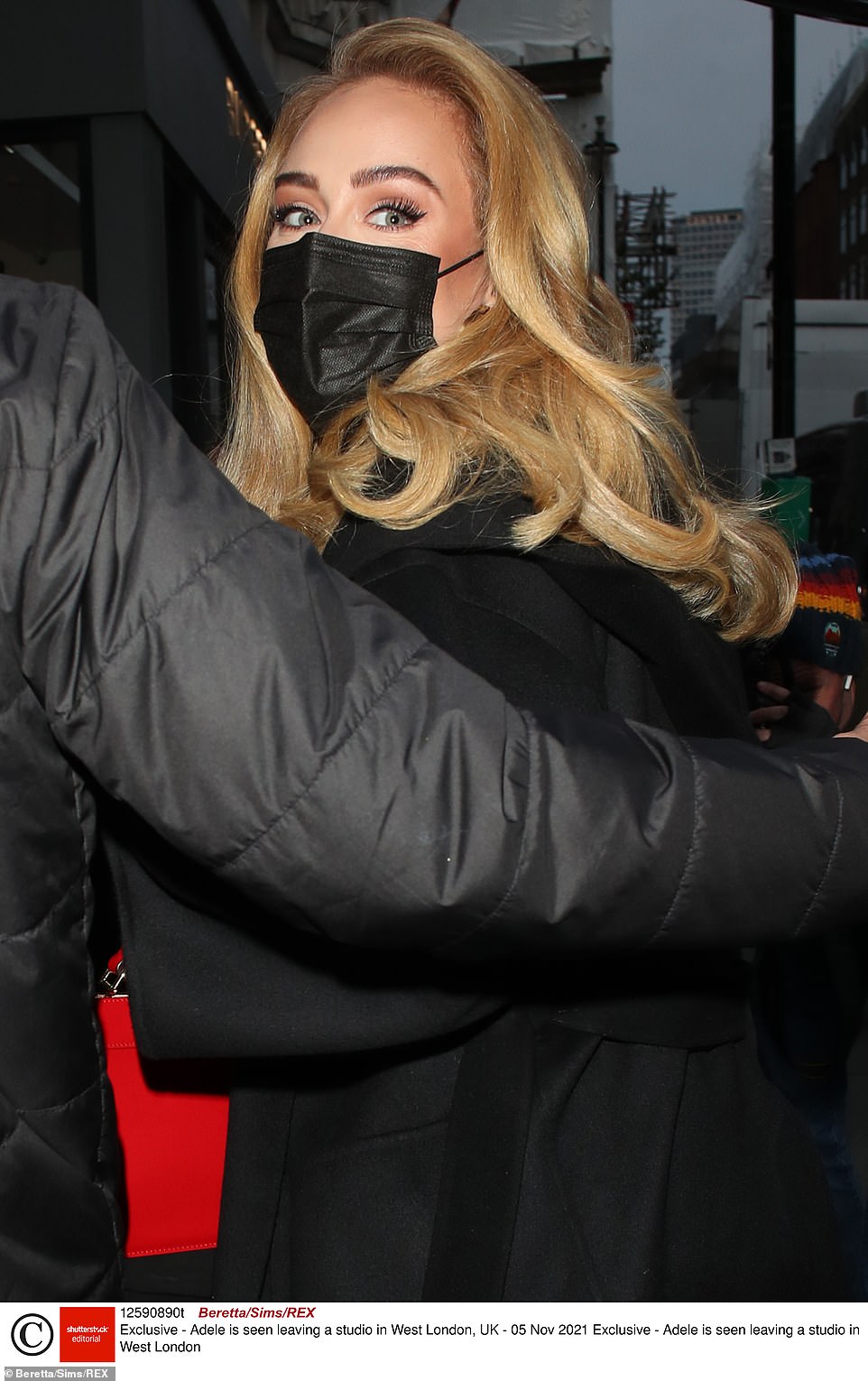 Adele first spoke about her romance with Rich during a Vogue interview in October following months of speculation.

In September the couple went ‘Instagram official’ went she shared a stunning black and white snap of them together alongside a heart emoji.

It came following their first public outing together at Game 5 of the NBA Finals between the Phoenix Suns and Milwaukee Bucks in Phoenix on July 17.

Adele has not been in the UK for some time while working on her new album in LA, but she is back ahead off a special show next week.

Adele will be reportedly be joined by Alan Carr, Elton John, and Little Mix for her ITV special, An Audience With Adele.

The star, who has recently released new music for the first time in six years, will perform record-breaking number one single Easy On Me at the gig, along with new tracks from her forthcoming album, 30 – in her first UK concert in four years.

The one off concert – which will air on November 21 – will also include performances of many of her classic hits in front of a specially invited audience of friends, family, fans and her own personal heroes, according to The Sun.

An insider said: ‘An Audience With Adele is going to be the starriest show on screen this year

‘They’ve invited some of the biggest names in music and celebrity to be part of the event.’

‘David and Victoria [Beckham] are unable to attend but huge stars including Noel, the girls from Little Mix and Sir Elton John have all been invited.’

Katie Rawcliffe, Head of Entertainment Commissioning ITV, said of the upcoming show: ‘As one of the world’s most in-demand stars, we are beyond thrilled to bring this one-off night to ITV.

‘Adele is a remarkable artist and this will be a very special event.’

The singer took to the stage at the Griffith Observatory in Los Angeles, California for an intimate concert before sitting down with the chat show host for an interview.

Lorraine Kelly gave fans a preview of the special on Tuesday’s episode of her ITV show and said: ‘She sounds amazing doesn’t she? Looks fantastic.’

In the clip, Adele is seen performing her new single Easy On Me at the observatory with an outdoor audience overlooking the Hollywood sign.

The ad reads: ‘You’re invited to the concert of a lifetime.’

Adele can be heard telling the audience: ‘Thank you so much for coming tonight.’

The singer looked incredible for the concert as she donned a black gown with puffed sleeves and styled her locks into an updo.

Adele: One Night Only airs on CBS and Paramount+ on Sunday, November 14.

It comes after Adele released the tracklist for her upcoming album 30, set for release on November 19.

The hit-maker’s deluxe CD has been listed on US retail company Target’s website and includes 12 tracks alongside three bonus songs.

Titles on Adele’s forthcoming release include: Cry Your Heart Out, Love Is A Game and I Drink Wine, as the powerhouse crooner gives a candid insight into her 2019 divorce from ex husband Simon Konecki.

A Target exclusive, the website notes the deluxe CD will only be available to purchase at the popular chain.

It also specifies the album was produced with collaborators Greg Kurstin, Max Martin and Shellback and Tobias Jesso alongside Inflo and Ludwig Goransson.

Further tracks hinting at the heartbreaking split include To Be Loved and Can’t Be Together.

It comes after tickets to see Adele in the UK were reselling for almost £7,500 on Saturday after a clamour from fans desperate to see the singer perform in her home city for the first time in five years.

They sold out within minutes as more than 100,000 fans joined an official, digital queue for tickets to see her at London’s Hyde Park in two shows next July.

But tickets soon appeared on reselling websites for more than 12 times their face value, despite organisers warning that any tickets bought unofficially could see their holders denied entry.

One reselling website was advertising the most expensive ‘diamond’ tickets – officially £579 – at £7,441 each.

Even the general admission tickets, originally £90.45, were being resold for £747.

Among the disappointed fans was MP Alex Davies-Jones, 32, who tweeted: ‘Unsurprisingly they’re all sold out, but shock horror there’s plenty for sale on third party sites… Clearly the current legislation isn’t working as it’s not enforced.’

Adele announced her new album last month with an Instagram post captioned: ’30 – November 19′, she also shared a picture of a lengthy statement in which she confessed that she spent many nights ‘sobbing and consumed with grief’ as she struggled to come to terms with the breakdown of her marriage – the inspiration behind her album. 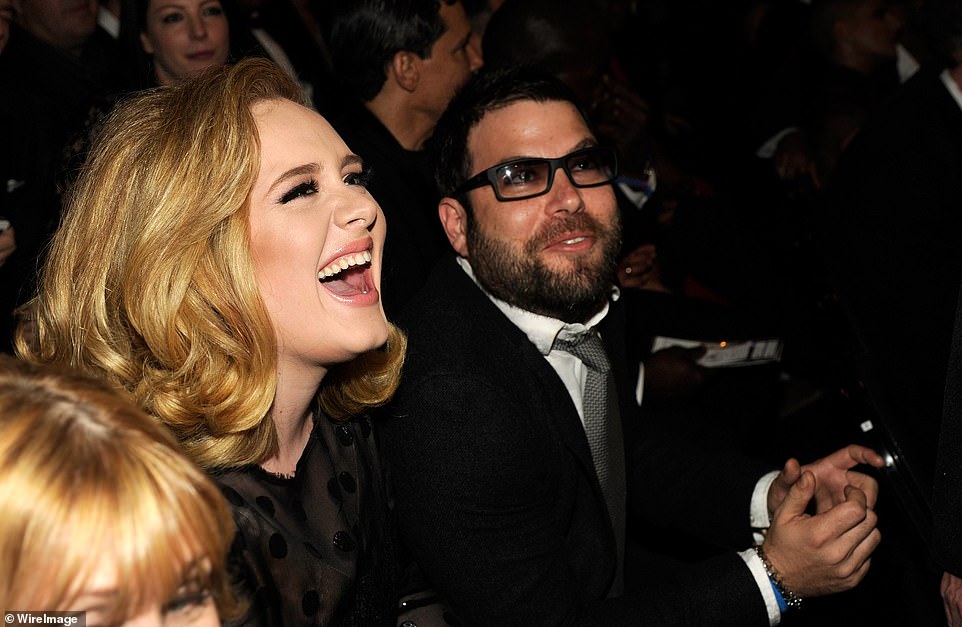 Former flames: Titles on Adele’s forthcoming release include: Cry Your Heart Out, Love Is A Game and I Drink Wine, as the powerhouse crooner gives a candid insight into her 2019 divorce from ex husband Simon Konecki (pictured in 2012)