Alicia Keys looked incredible as she continued to enjoy her yacht trip around Corsica recently.

The Falling hitmaker, 40, showcased her incredible frame in a blue crop-top paired with matching shorts as she took in the scenic sights of the Mediterranean.

She wore her raven tresses in a chic bun and showcased her glowing complexion by going make-up free. 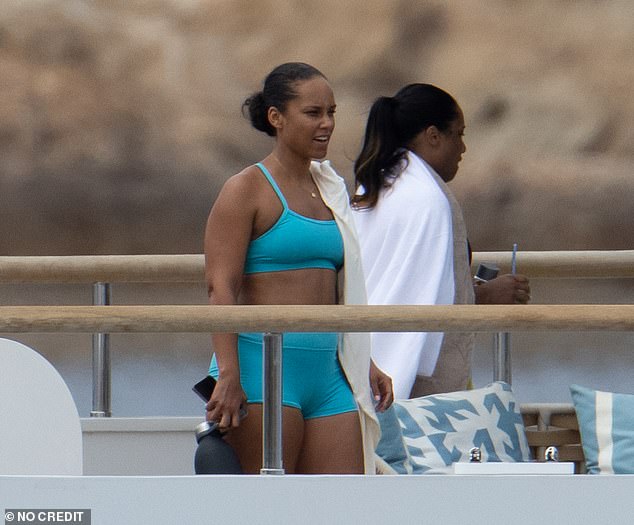 Glam: Alicia Keys looked incredible as she continued to enjoy her yacht trip around Corsica recently

The star was joined by husband Swizz Beatz, 42, and their sons Egypt, 10,  and Genesis, six, with the group enjoying a quick boat ride before trying their hand at water skiing.

Alicia valiantly got into the water with the help of an instructor before whipping through the sea.

Her sons also had a go at water skiing during the fun family trip. 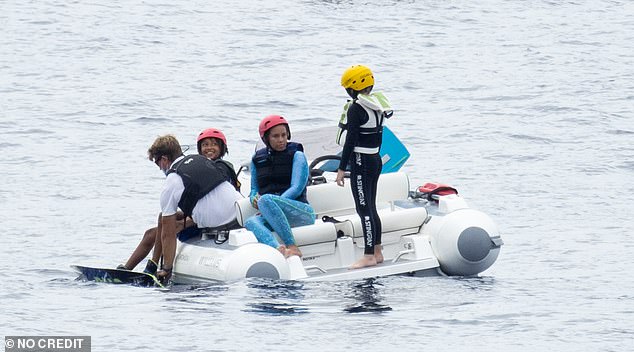 Family: The Falling hitmaker, 40, was joined by her sons Egypt, 10, and Genesis, six, who she shares with husband Swizz Beatz 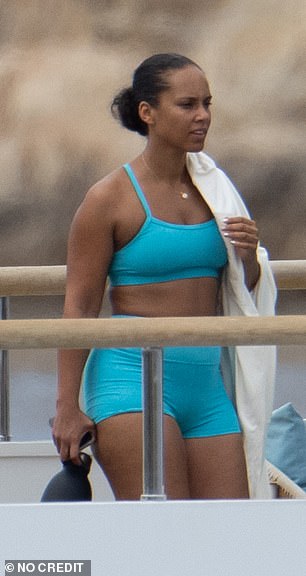 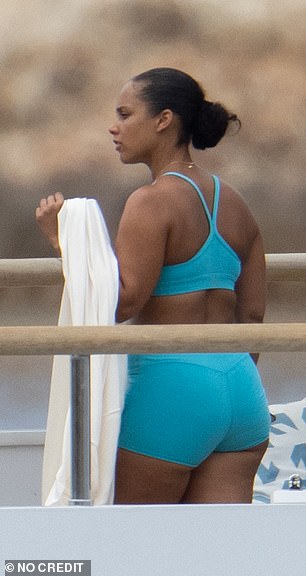 Toned: Alicia showcased her incredible frame in a blue crop-top paired with matching shorts as she took in the scenic sights of the Mediterranean 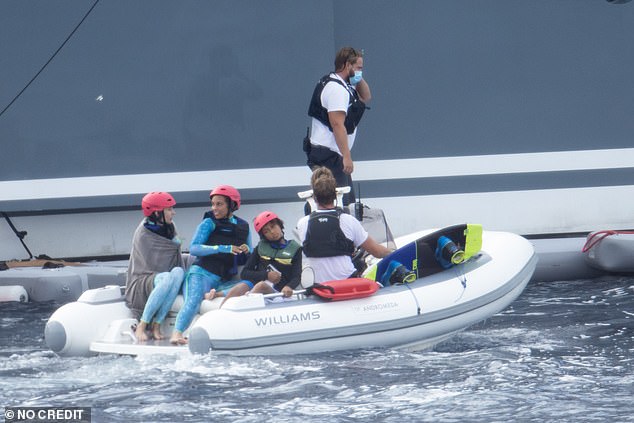 Swim: Alicia was seen boarding a dinghy as she prepared for some sports 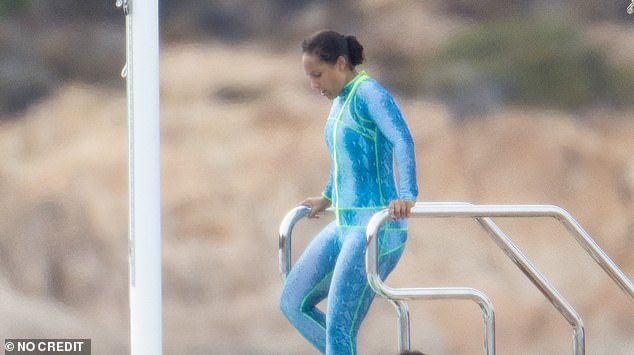 Fun in the sun: Alicia donned a wetsuit as she prepared to take in the sights 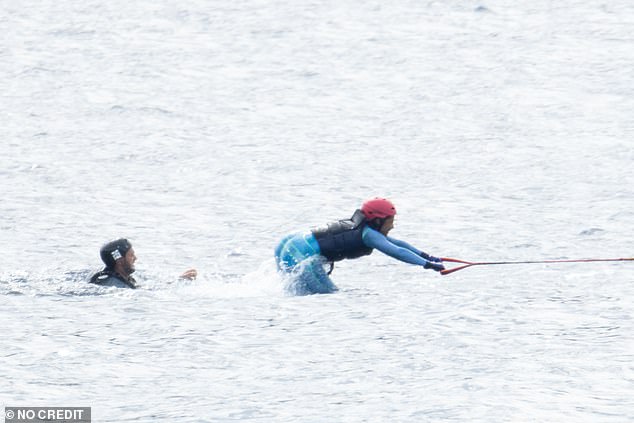 Go for it: Alicia looked delighted as she zipped through the water

Alicia has been enjoying the chill out holiday with her husband of 11 years, Swizz, 42, in the South of France. The couple took a trip to Europe for both vacation and to mark their 11th anniversary.

On July 31, the soulful singer penned a gushing tribute to Swizz where she called him her ‘twin flame.’

She penned: ‘Soulmates, Deeper then soulmates, Twin flames, An existential earthquake, My souls mirror, All these are good but still not strong enough to describe our precious, precious love!!… 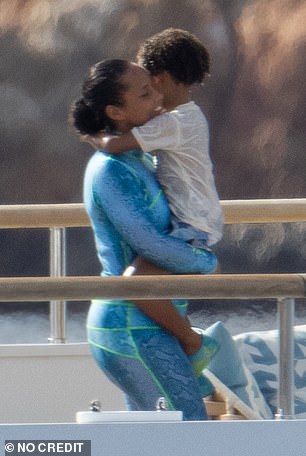 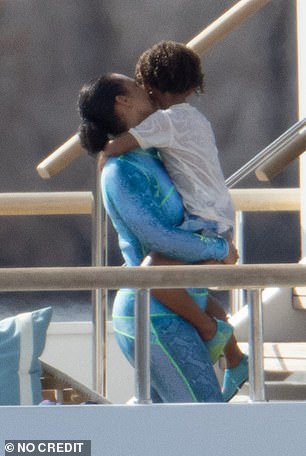 Cute: Alicia was seen cradling her youngest son Genesis on the boat

‘Happy anniversary my love! Woooooooowwwwwwww it’s just getting better!! I celebrate, honor and deeply respect us!! Here’s to many many many many more!!!!!’

The pair first met as teenagers in the nineties but she was not into him romantically at first and her career was just taking off.

In her autobiography More Me she wrote about her thoughts on him before they began a relationship.

‘We ended up in the same circles at various awards shows and industry events. ‘He’d usually pull up in some fancy car, rolling deep with his Bronx crew and shining with diamonds. I wanted nothing to do with that scene or with Swizz. 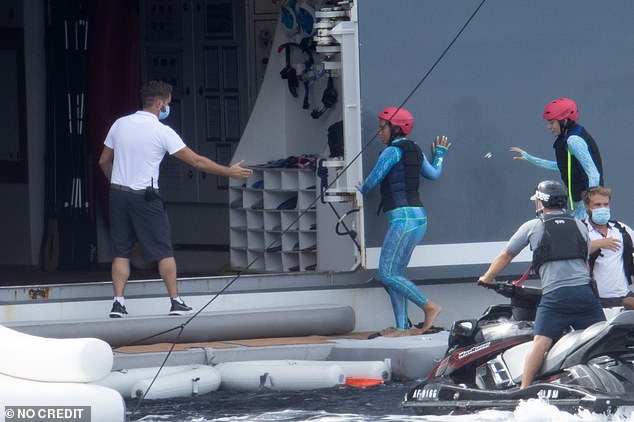 Let’s go: The group were seen making their way back to the boat 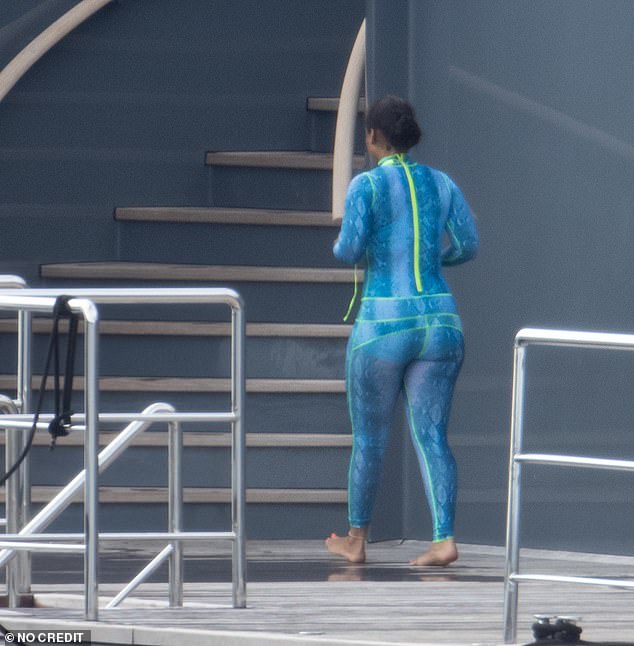 Cool: Alicia showed off her honed frame in the wetsuit 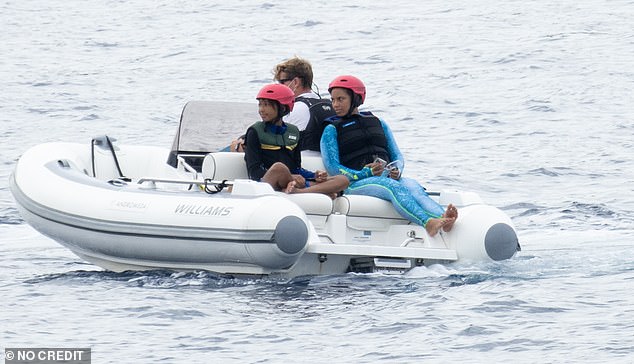 Fun: The family took in the scenic sights aboard the boat

As they continued to work together musically their bond grew stronger. ‘The more we talked the more I noticed how his mind worked. Beyond the baggy jeans and arm tats there was depth. He was so aware of what was happening around the world.’

They made plans to have a lunch date and though he arrived 20 minutes late, which irked her, she revealed ‘he lifted the mood with a steady stream of humor and fascinating conversation.’

The couple began dating in 2008 and he proposed to her in 2010. He whisked her away on a trip to Hawaii where she got pregnant with their son Egypt and they married that summer in Corsica.

Earlier this year, Alicia said she used to ‘put on an act’ to appear ‘tough and not vulnerable’ as a younger artist. The singer reflected on becoming famous in the 2000s during an interview with The Telegraph, saying she built a ‘steel wall’ to ‘protect’ her emotions. 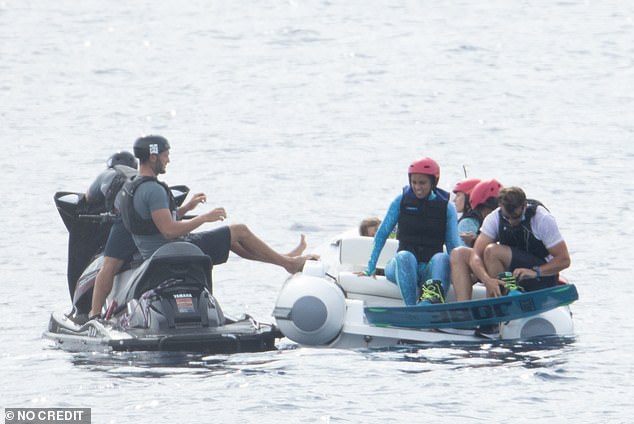 Fun: The group were seen chatting as they prepared to head in 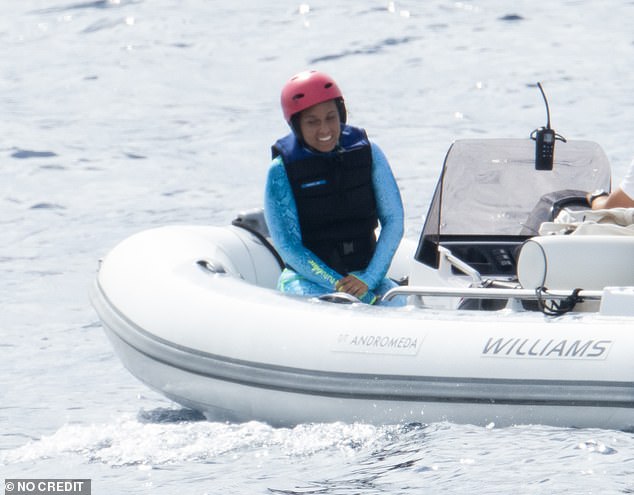 Smile: Alicia looked in great spirits as she whiled away the day 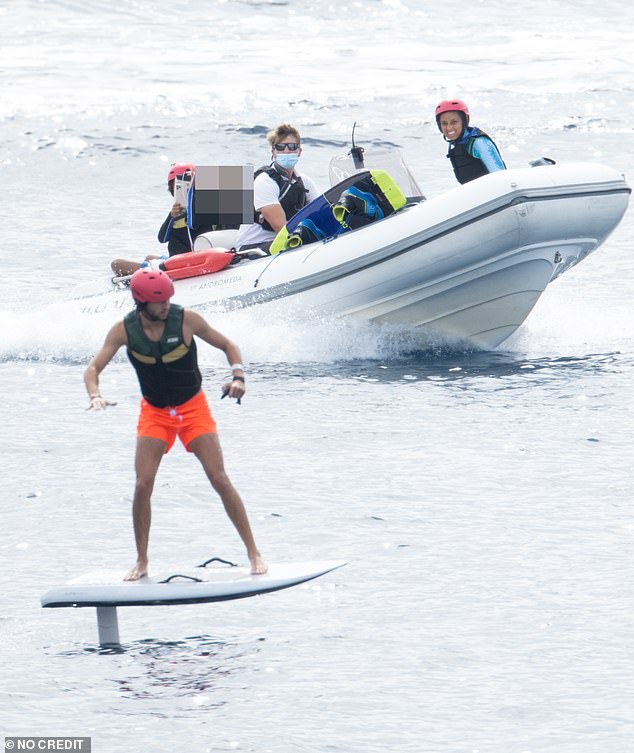 Woah: Alicia looked on as a pal did some hoverboarding in the water

However the mother-of-two explained that she’s now changed her thinking and has started to embrace ‘being powerless and vulnerable’. Alicia explained that her ‘early years shaped the desire to not show any emotion, just because I felt like I needed to protect myself’.

However she’s been working on this mindset in recent years after realising that the wall isn’t helpful or healthy.

She said: ‘It took a lot of time to unpack and undo and now I feel really wonderful about being powerless and vulnerable… now I think it is kind of awesome. I always put on the act that I was super tough and not vulnerable, but that’s not even real.’

And now she’s turned 40, Alicia even declared that she’ve never felt better or more connected to herself, saying: ‘I’m not such a pushover any more.’

The If I Ain’t Got You hitmaker also reflected on how she sometimes felt pressured into being a certain way by music execs during her career.

Alicia said she’s been trying to unpack this feeling and it was partly behind her decision to not wear makeup, which she wrote about in the Lenny letter in 2016.

Five years on from appearing on her album cover without any makeup, Alicia said she does sometimes wear product now but not because she feels like she must. 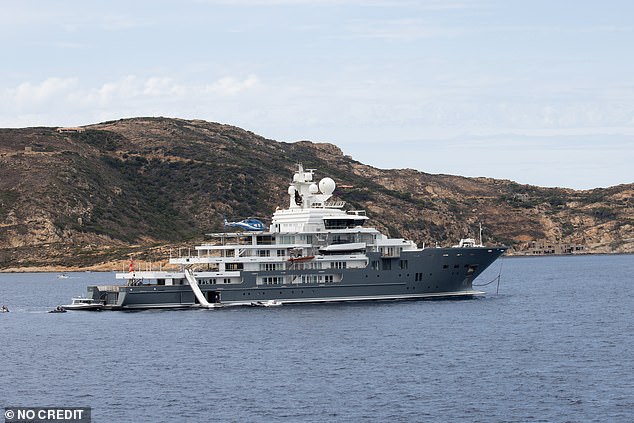 Lavish: The superyacht was moored in idyllic surroundings