BBC Olympics presenters Alex Scott, Clare Balding and Gabby Logan have detailed how they are feeling ahead of presenting at the upcoming Tokyo 2021 Olympics.

The three woman are the latest stars to appear on the cover on Good Housekeeping as they sat down for an exclusive interview with the magazine.

On the cover itself, Alex, Clare and Gabby proved that there is a shade of red for every woman as they beam in stunning ruby numbers. 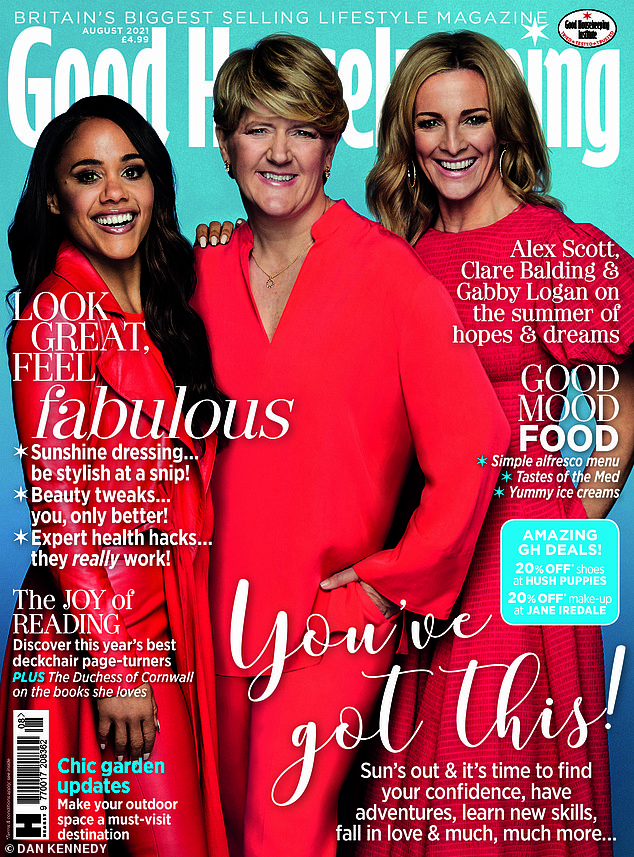 Clare, 50, perched on a stool with her hand in pocket to show off her smart red two-piece, completing off her outfit with a pair of heels.

Gabby, 48, rested on the arm of a chair in a puff-sleeve poppy-red number, also teaming the dress with high-heels. 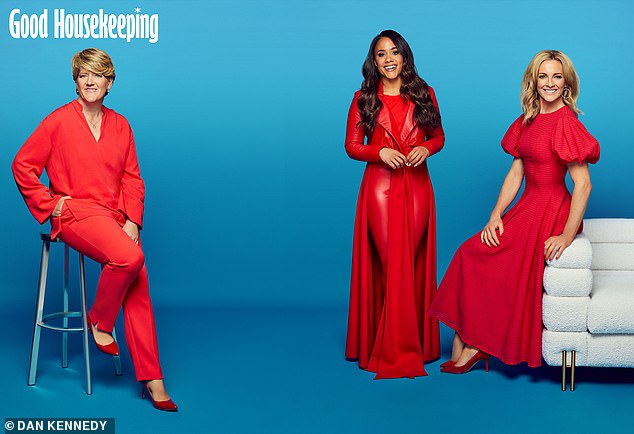 The trio: The presenters proved that there is a shade of red for every woman as they beamed in stunning ruby numbers 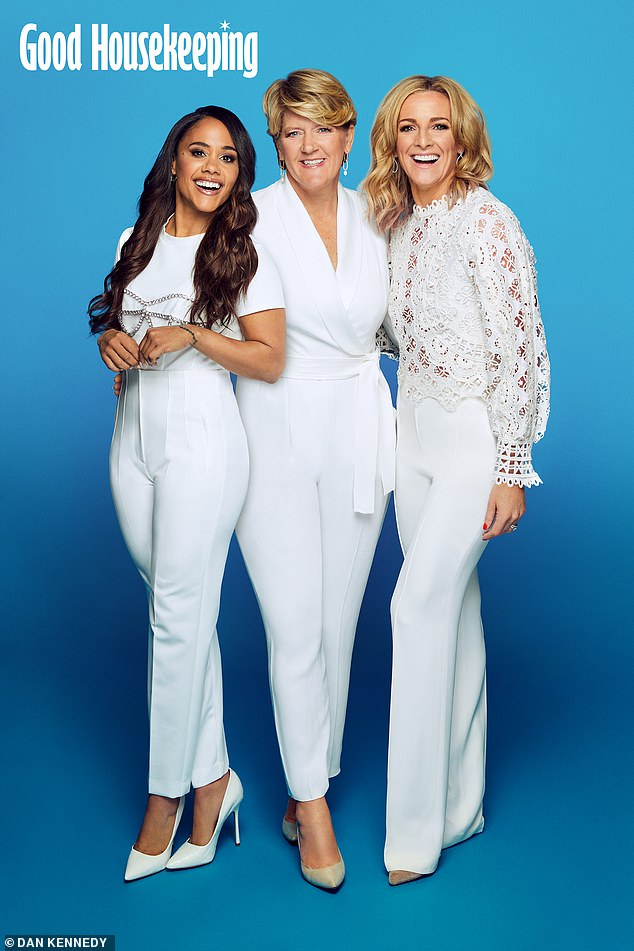 ‘I think we represent three different types of women’: Clare described all of them as trying to do their jobs and juggling their lives as best they can

Clare, the current president of the Rugby Football League, explained to Good Housekeeping why she thinks the trio works:

‘Look at us! I think we represent three different types of women: I’m the oldest with no children, Gabby has two and Alex doesn’t have any yet – all trying to do our jobs and juggling our lives as best we can.’

The Cambridge-taught broadcaster also revealed that she had an epiphany during lockdown, realising that she doesn’t have to be defined by her work.

‘I think a lot of people feel like me – this quest to keep going, keep proving yourself.

But lockdown has helped me immensely to deal with a slower pace and it was actually nice to come off the wheel completely,’ she admitted. 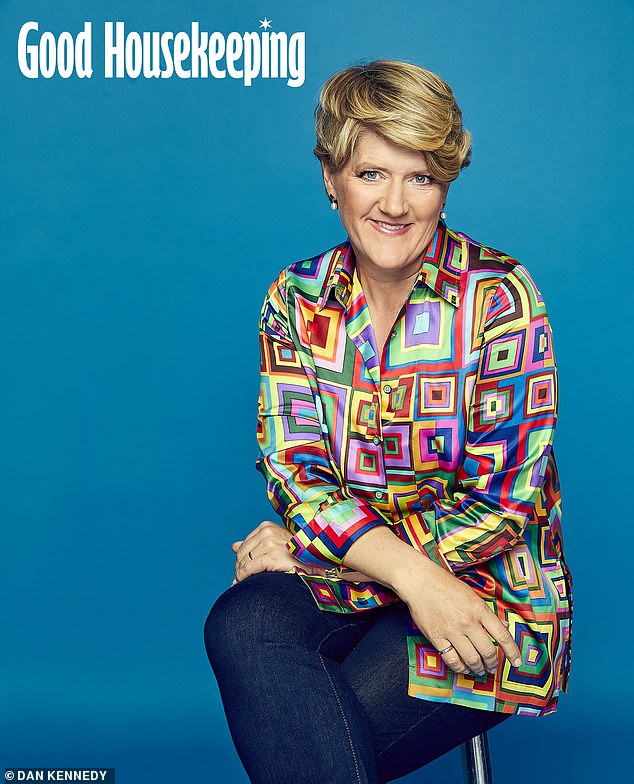 Coming off the wheel: The broadcaster, dressed above in a multi-coloured patterned shirt, realised during lockdown ‘she doesn’t have to be defined by her work’

Alex, who used to play for Arsenal in the Football Association Women’s Super League, told the magazine she thought the summer of sport ahead would be ‘brilliant’, especially to get the feel good factor back.

On whether there are now more opportunities for women in sport, she said:

‘When I first transitioned from football to broadcasting, I was often spoken about as ‘the female pundit’.

‘I would always respond by saying, ‘No, I’m just a pundit.’ The ability for young girls to see strong, positive role models is so key. If they can see it, they can aspire to be it.

‘Sport is sport, and I think that’s important, not just when it comes to gender but also diversity and inclusivity more broadly, for instance, with the Paralympics,’ she said. 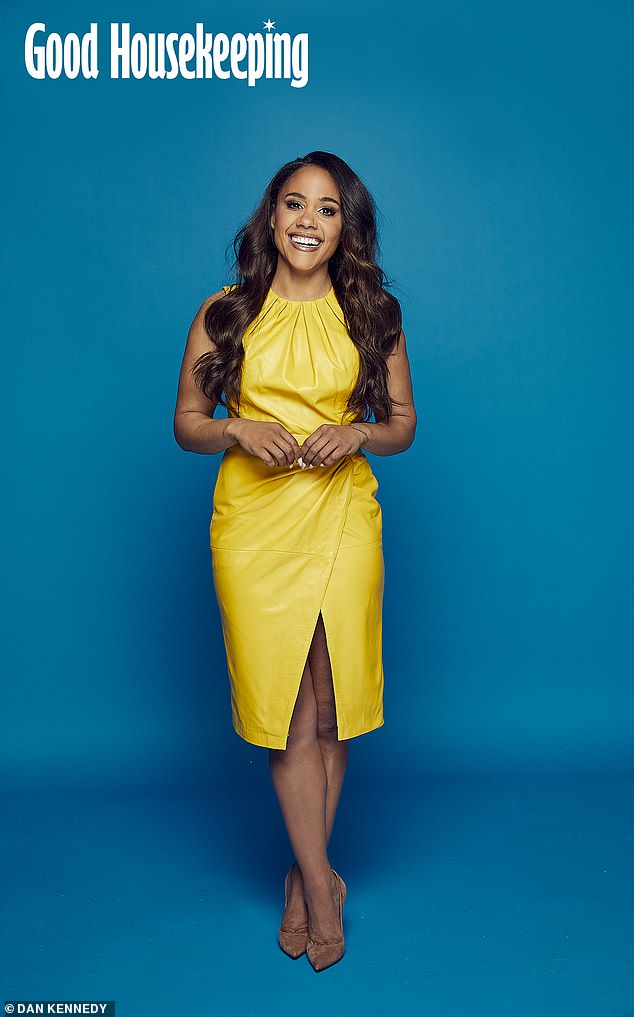 ‘Sport is sport, and I think that’s important’: Alex, pictured above in a yellow slit dress, didn’t want to be known as a female pundit – just simply a pundit

Gabby, a former international rhythmic gymnast, was quick to agree with her co-presenter on diversity in sport.

The mother-of-three shared a heartwarming anecdote with the magazine.

‘I’ll always remember in 2012, we went to the Paralympics as a family. A few weeks later, we were on the way to school one morning when Reuben shouted, ‘I’ll be Jonnie Peacock and you be Usain Bolt!’ I loved that, because he didn’t see any differences between the two; he just saw two athletes.

‘There’s been so much progress made in terms of women’s representation, but for me, it’s about thinking more widely. Sport should be accessible to all.’

Read the full interview in the August issue of Good Housekeeping on June 30. It is available in all supermarkets and online at MagsDirect. 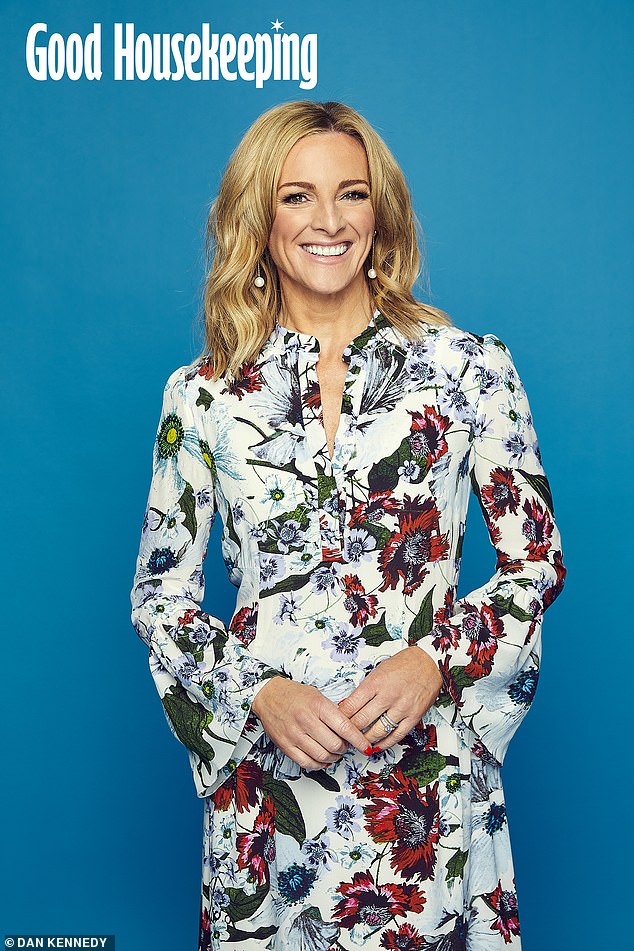 ‘Sport should be accessible to all’: The mother-of-three, pictured here wearing a flowery dress, shared a heartwarming story with the magazine about her children and the 2012 Paralympics