He has been recognized and acclaimed for his acting, directing and screenwriting, which resulted in two Academy Award wins over his career.

But on Thursday, Ben Affleck played the role of doting dad when he went to personally pick up at least one of his three children out front of their school in the Santa Monica neighborhood of Los Angeles.

And from the looks of his big beaming smile, the Good Will Hunting star was looking forward to spending some quality time with family over the weekend. 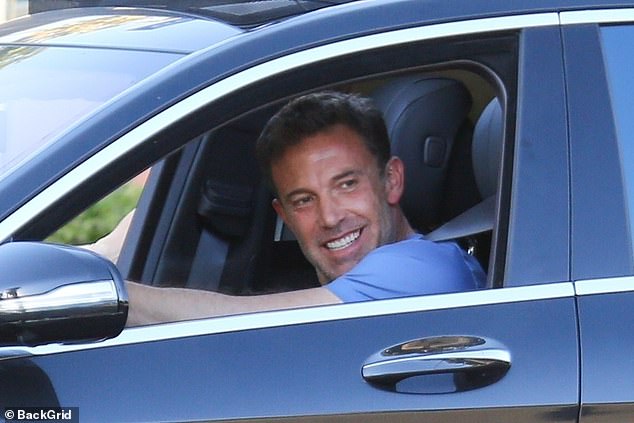 Ben Affleck, 49, couldn’t hold back his enthusiasm when he went to pick up at least one of his children out front of their school in the Santa Monica neighborhood of Los Angeles on Friday

Affleck, 49, couldn’t hold back his enthusiasm when he pulled his car up to greet the pickup line organizer for the school.

He could be seen smiling, while behind the wheel, as he exchanged a few pleasantries with one of the workers in charge of making sure students are safe when they’re dropped off and picked up  by their parents or guardians.

The Gone Baby Gone writer and director made small talk with the woman for a minute or two, and eventually he was off, seemingly to spend time with some, if not all, of his three kids he co-parents with ex-wife Jennifer Garner. 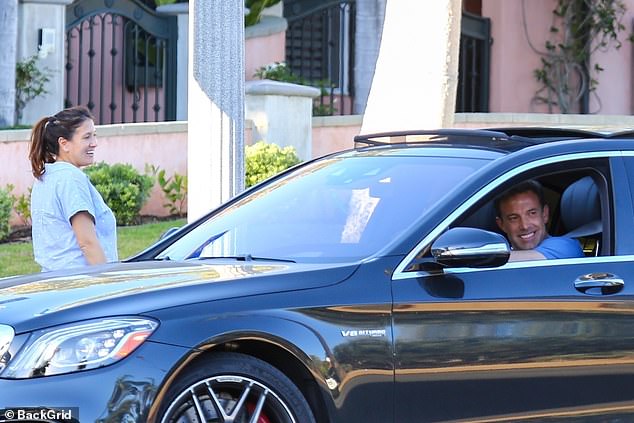 The actor, director and writer was all smiles when he played the role of doting dad and made small talk with a pickup line organizer

Affleck and Garner are the proud parents of daughters Violet, 15, and Seraphina, 12, and son Samuel, nine.

The former couple were married for 10 years before deciding the separate and move forward with their divorce in 2015.

With talk of Affleck’s battle with substance abuse, and subsequent in and out-patient treatments, they would end up finalizing their divorce in November 2017.

After dating actress Ana de Armas following their work together on Deep Water in 2019, Affleck has since rekindled his romance with superstar entertainer Jennifer Lopez, whom he previously had a relationship with from 2002 to 2004. 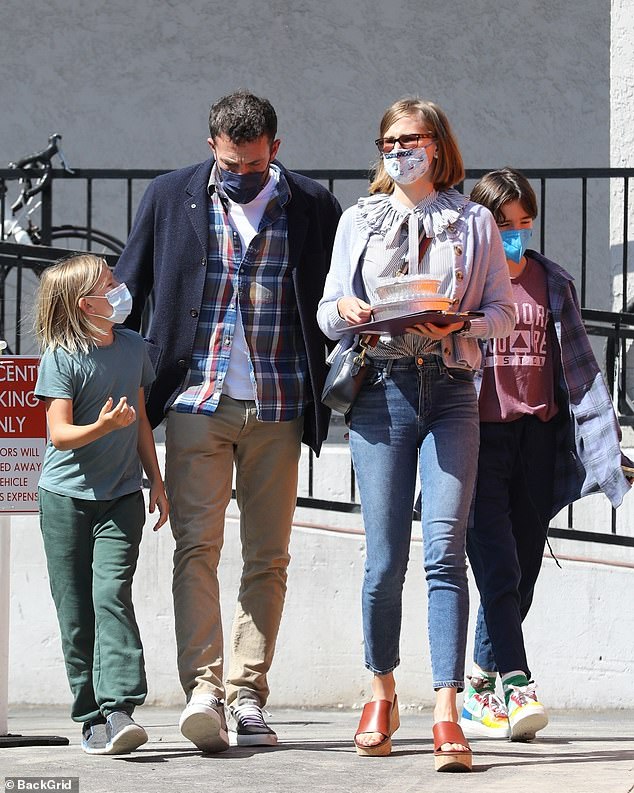 Family man: Both Affleck and Garner make a point of picking up daughters Violet, 15, and Seraphina, 12, and son Samuel, nine, from school over the years; the leading man and his children are pictured while out to lunch after school in September 2021

On the work front: Affleck is just winding down filming for the sci-fi action thriller, Hypnotic, which is slated to wrap on November 19.

The film, which also stars Alice Braga, Hala Finley, Dayo Okeniyi, William Fichtner and JD Pardo, follows a detective who becomes entangled in a mystery involving his missing daughter and a secret government program, while investigating a string of impossible high-end heists.

Affleck also stars in the coming-of-age drama film, The Tender Bar, directed by George Clooney, that drops on January 7, 2022.

Fans will get to see the work he and his former lady, Ana de Armas, did together on Deep Water when its premieres on January 14, 2022.

He also slipped into the role of Bruce Wayne / Batman for the DC Comics superhero film, The Flash, with Ezra Miller portraying the iconic Barry Allen / The Flash.

It is scheduled to be released in the United States on November 4, 2022. 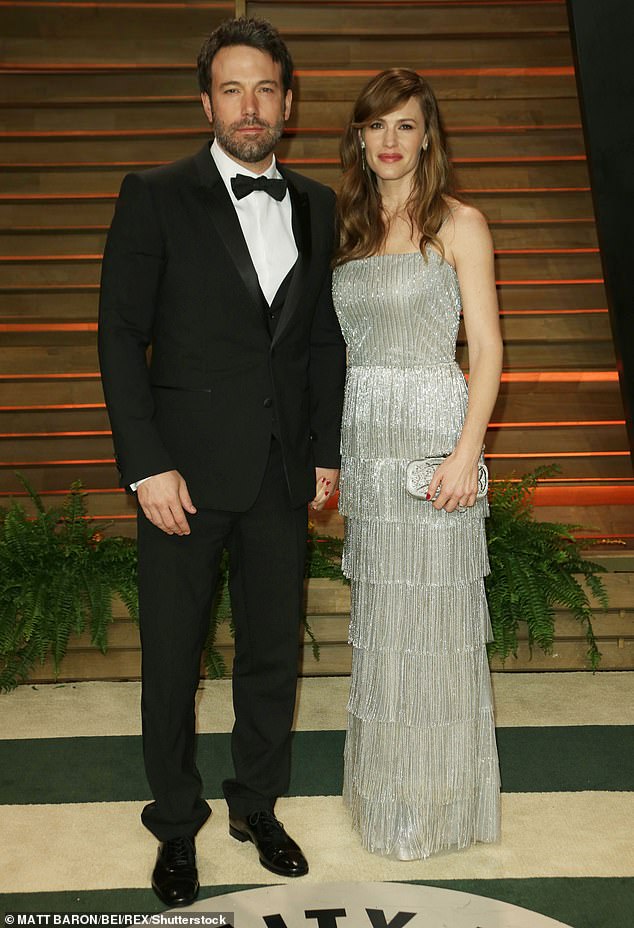 They way they were: Affleck and Garner, who split in 2015 after 10 years of marriage, are the proud parents of daughters Violet, 15, and Seraphina, 12, and son Samuel, nine; they are seen in Los Angeles in March 2014