She turned 40 on Tuesday.

And, Chloe Sims celebrated turning 40 in an enormous flowing red ballgown as she partied with daughter Maddie, 16, and herglamorous  TOWIE co-stars at lavish birthday bash held at Botleys Mansion in Chertsey, Surrey.

The stunner looked incredible for the end-of-series event, clad in the statement frock which featured a layered detail and a ruffled embellishment. 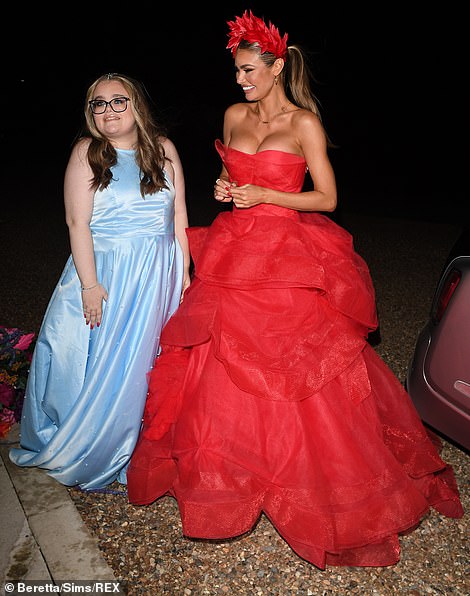 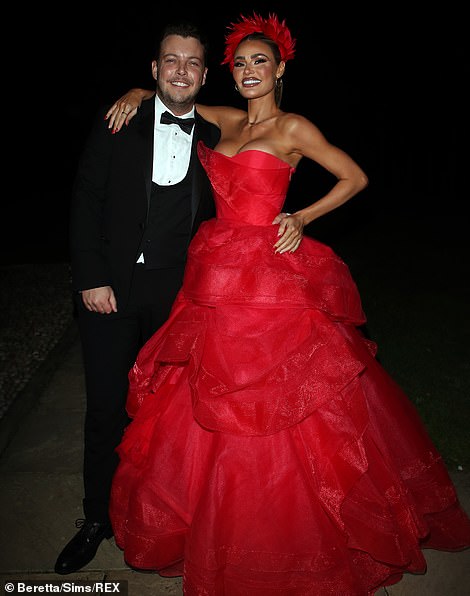 Wow! On Tuesday, Chloe Sims celebrated turning 40 in an enormous flowing red ballgown as she partied with daughter Maddie, 16, and her TOWIE co-stars

Chloe beamed with delight as she paraded around in her eye-catching dress, and looked incredibly proud as she smiled at Maddie in her baby blue frock.

The reality star also wore a matching floral headpiece while she styled her dark blonde locks into a sleek ponytail. 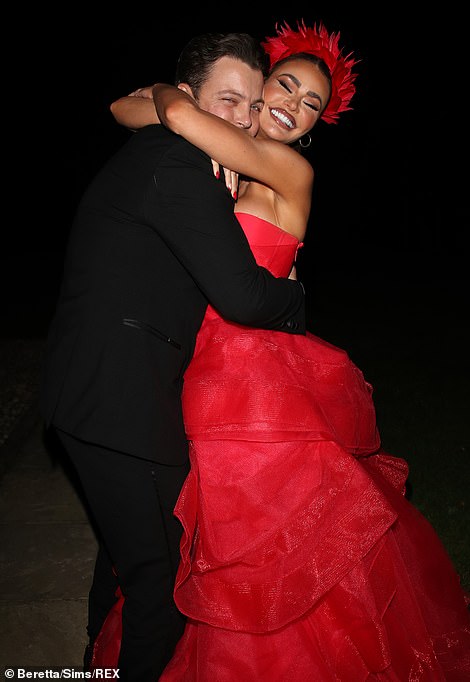 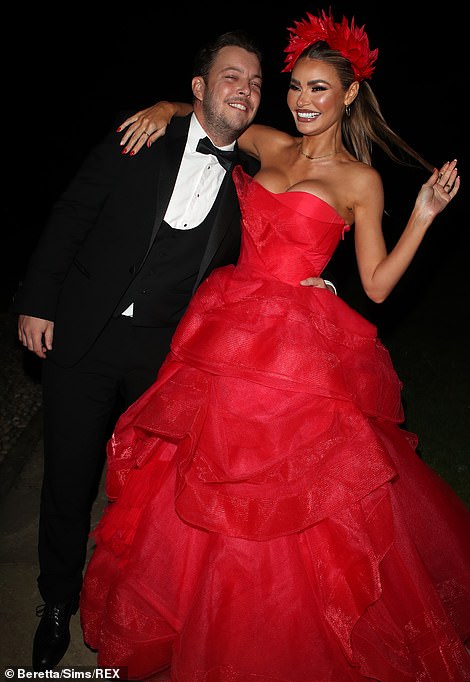 Happy lady: The stunner beamed with delight at the lavish birthday bash held at Botleys Mansion in Chertsey, Surrey 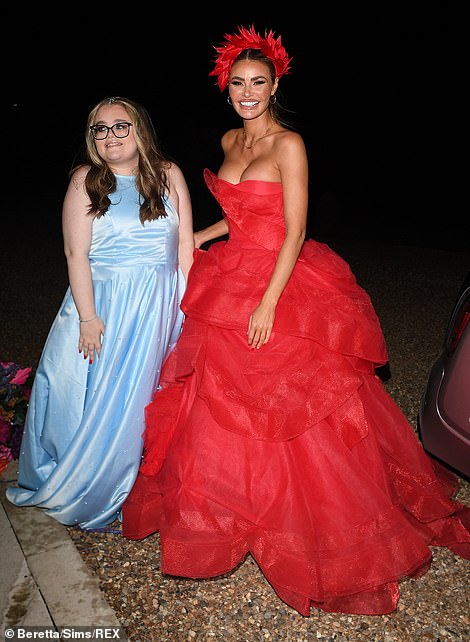 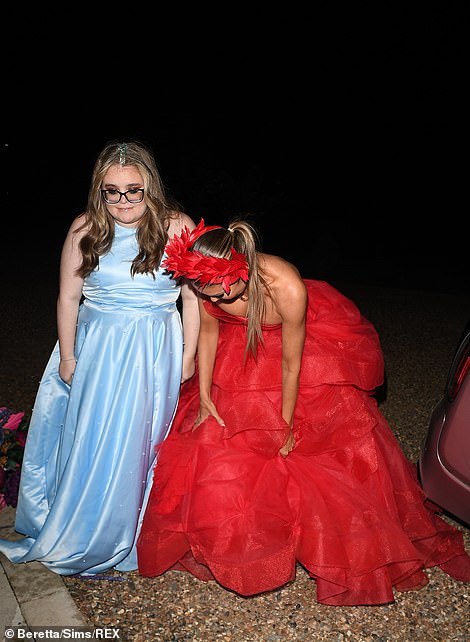 Adorable: Chloe looked incredibly proud as she smiled alongside Maddie in her blue frock 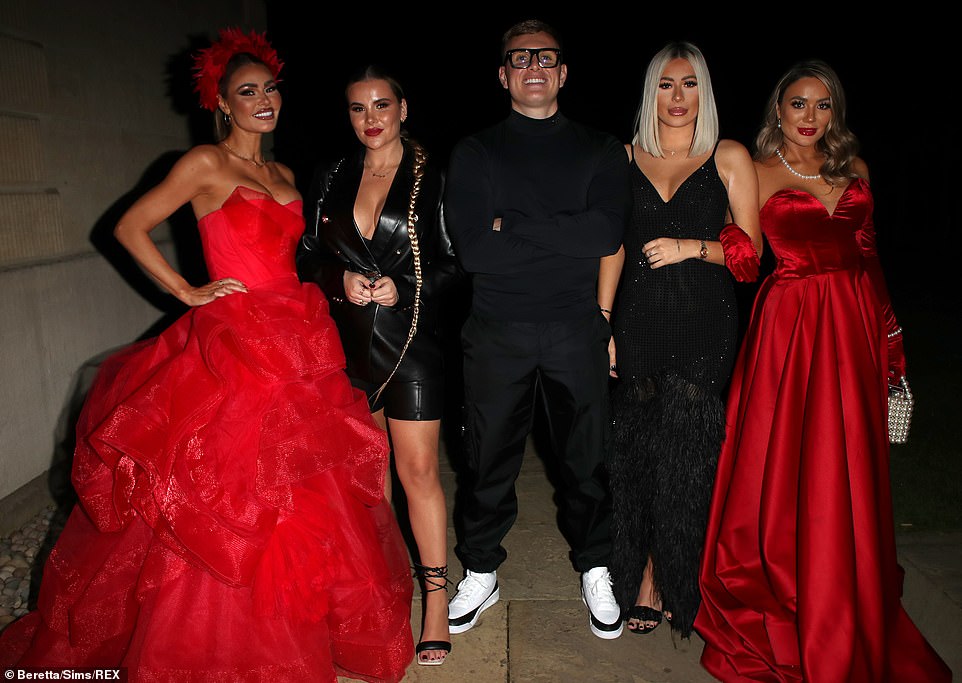 Mum and dad are out! New parents Georgia Kousoulou and boyfriend Tommy Mallet took a night away from their baby to party with friends at Chloe’s 40th party 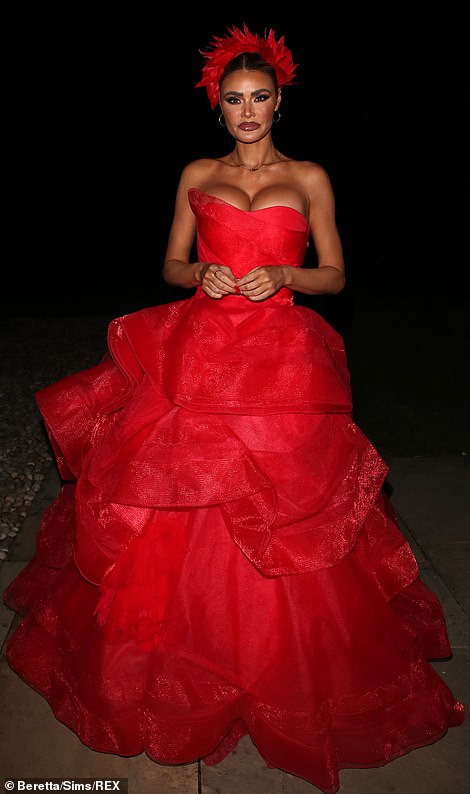 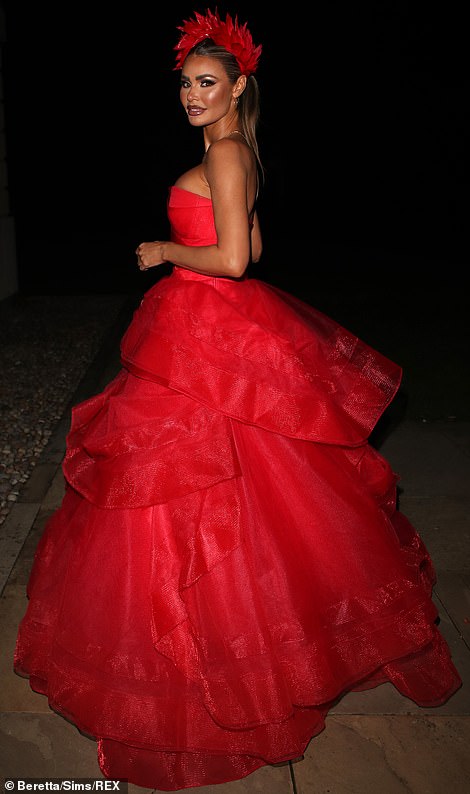 Incredible: The stunner looked incredible for the end-of-series event, clad in the statement frock which featured a layered detail and a ruffled embellishment

Sharing snaps of herself in the jaw-dropping gown to Instagram, Chloe wrote: ’40 & FABULOUS. So this is 40.. starting a new chapter of my life today…

‘What I’ve learnt over the years, the only person that can make you happy is yourself.

‘Life is truly a blessing. To be grateful every single day for your family & friends. Don’t waste time’. 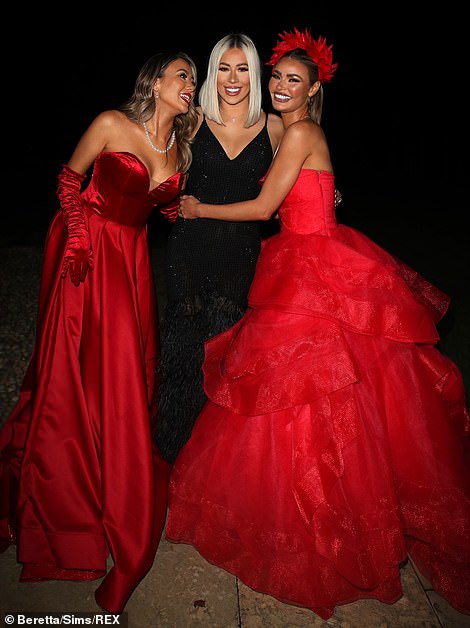 Sister, sister: Chloe was supported at the party by her sisters Frankie and Demi as well as long time friend Georgia 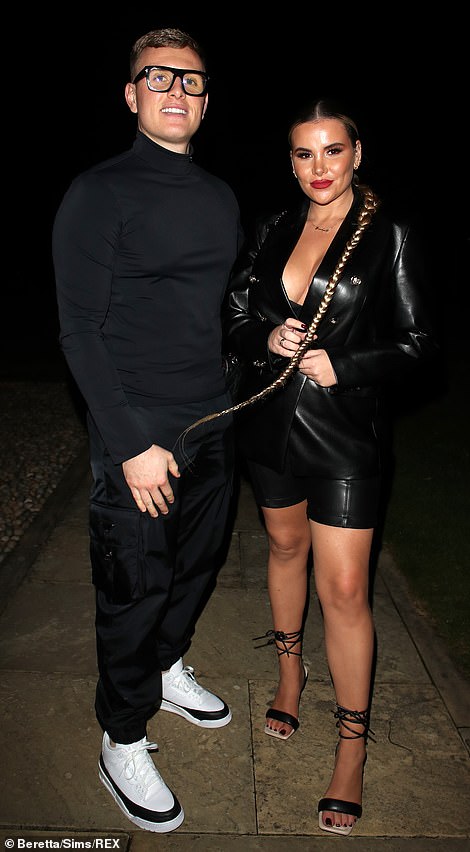 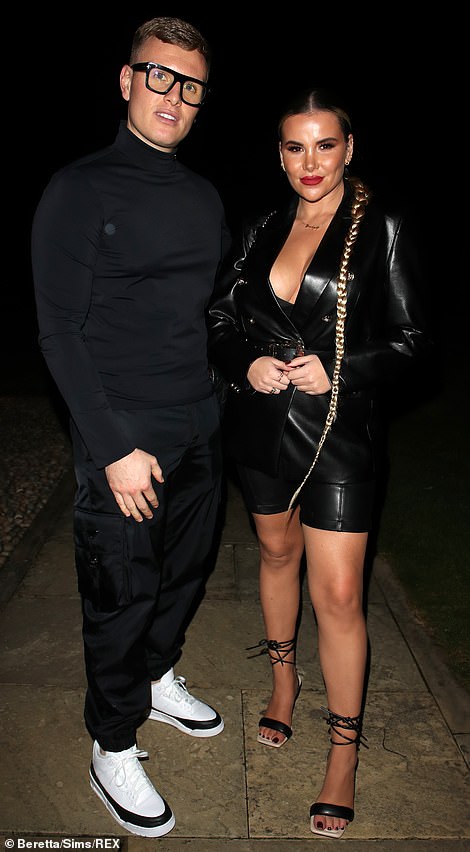 Cute couple: Georgia turned up the heat while Tommy kept casual in a jumper and combats 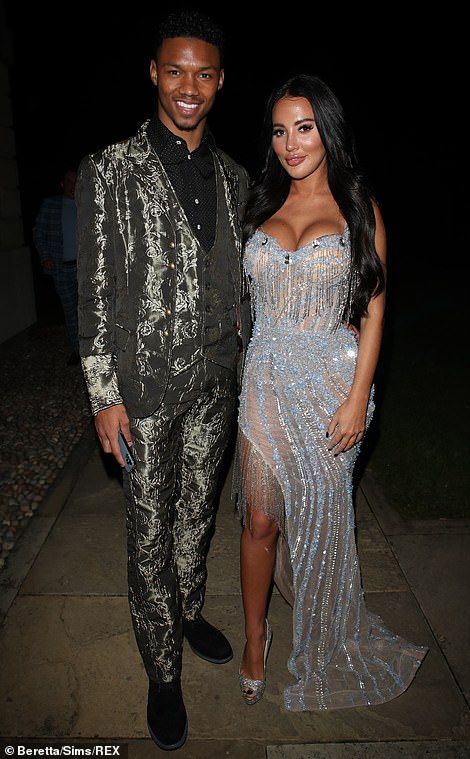 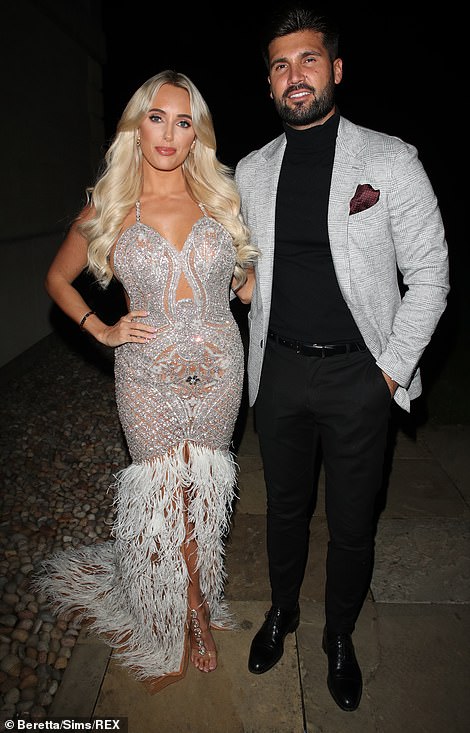 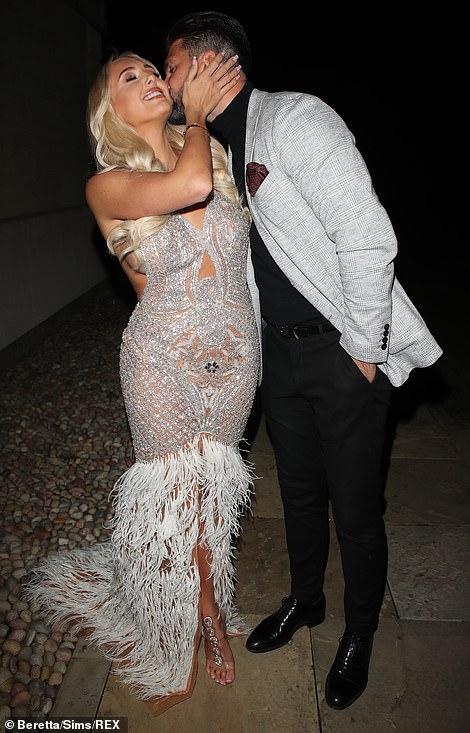 Loved up: Amber and boyfriend Dan Edgar packed on the PDA as they arrived at the party

It comes after Chloe and Pete Wicks recently fuelled relationship rumours once again.

The pair cosied up at Lympne Castle in Folkstone to film the show’s Halloween Special late last month.

They shared friendly banter and happily posed for photos, with Pete wrapping an arm around Chloe’s waist.

MailOnline reached out to Chloe and Pete’s representatives as to the status of their relationship. 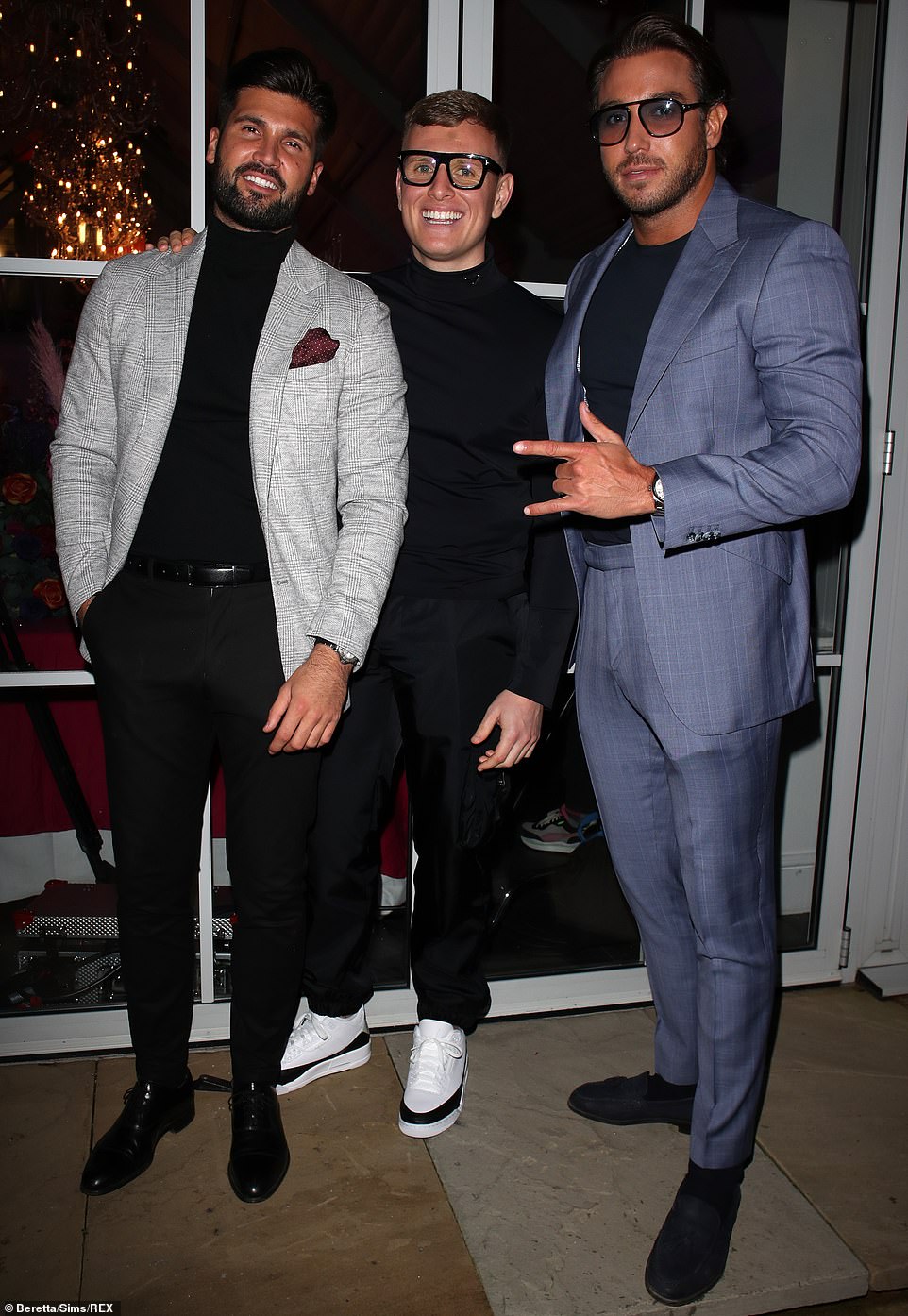 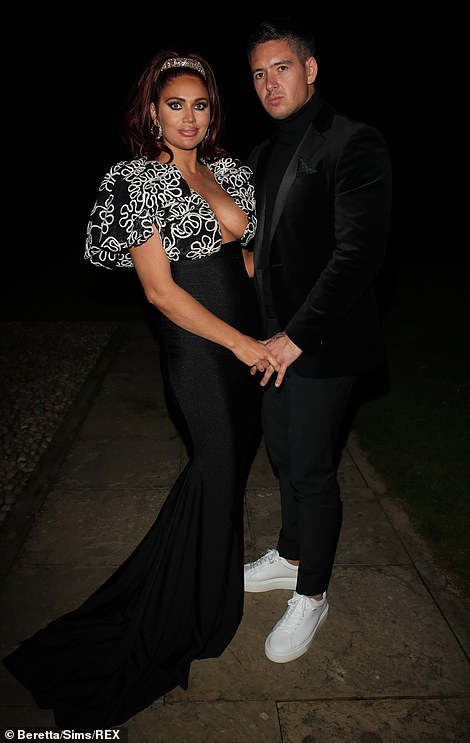 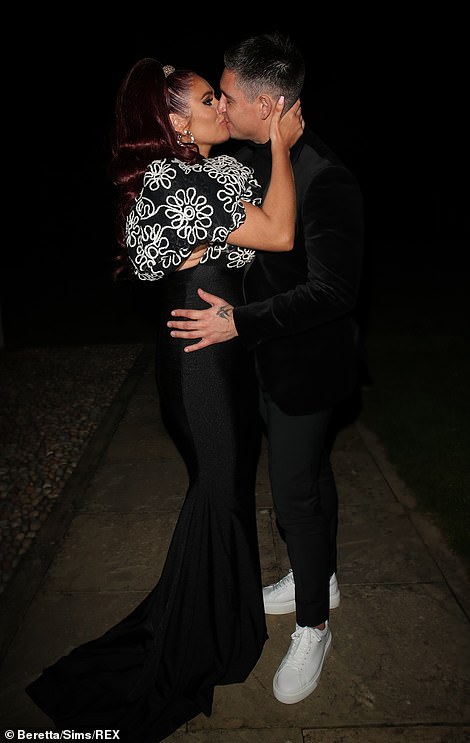 Exes: Bobby Norris attended the TOWIE event of series event wearing a blue check suit, while his ex Harry was also there 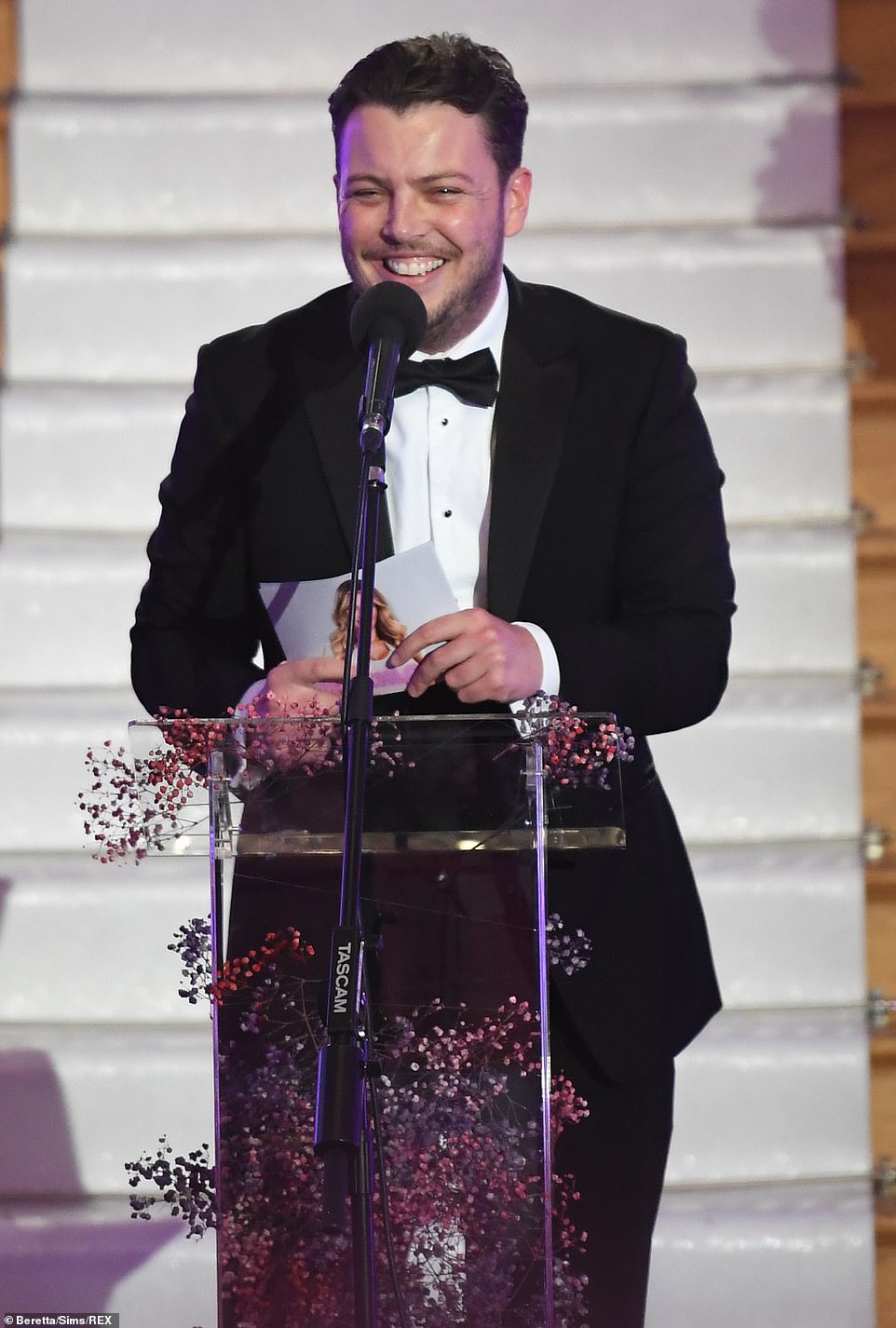 Host with the most: Diags took to the stage to host Chloe’s 40th birthday 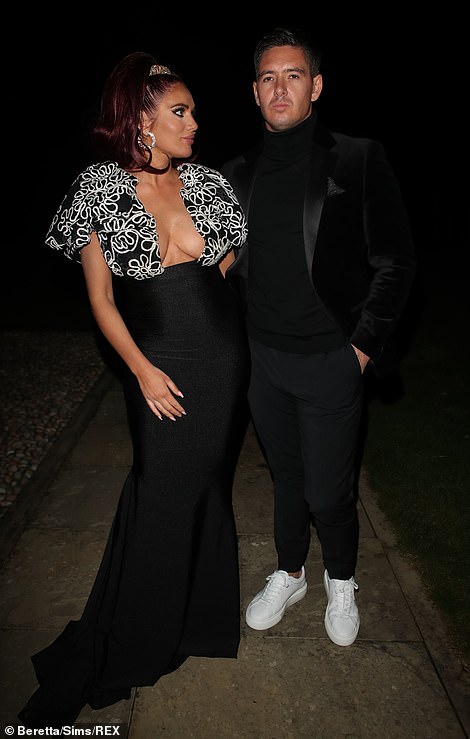 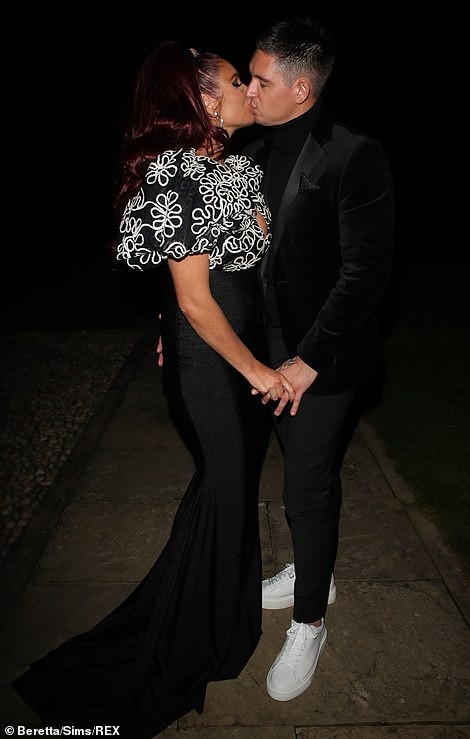 The look of love: Amy gazed at her boyfriend, who looked dapper in a velvet blazer

In September, the pair sparked reconciliation rumours when they departed the National Television Awards together in London.

They left the star-studded bash arm in arm with Chloe looking incredible in a figure-hugging white dress.

However in an interview with The Sun following the red carpet event, Pete revealed they are just ‘friends’.

‘Things are all good. We have known each other so long and we have been through so much so it is nice that we are back to having fun and being pals,’ he said.

Reflecting on their breakup, Pete added: ‘What happened was in the past. We are both over the situation. The foundation of me and Chloe is that we were such good friends.’ 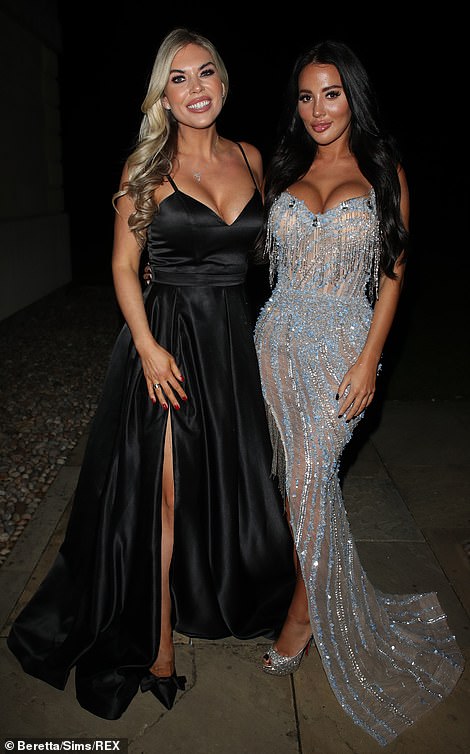 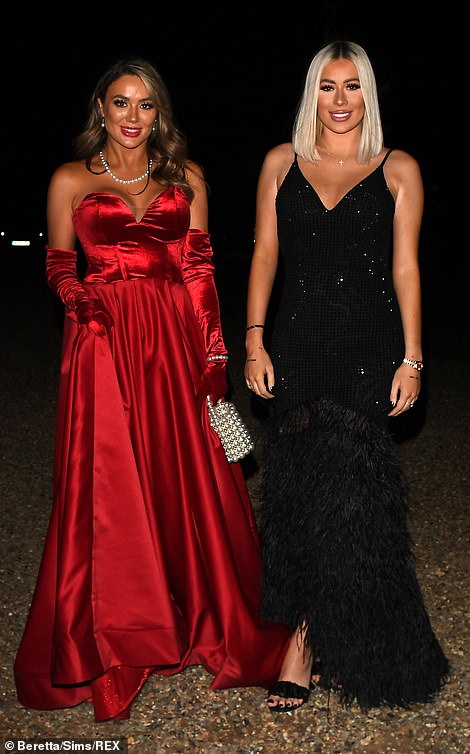 All the glamour: The TOWIE babes were preened to perfection for the end-of-series show 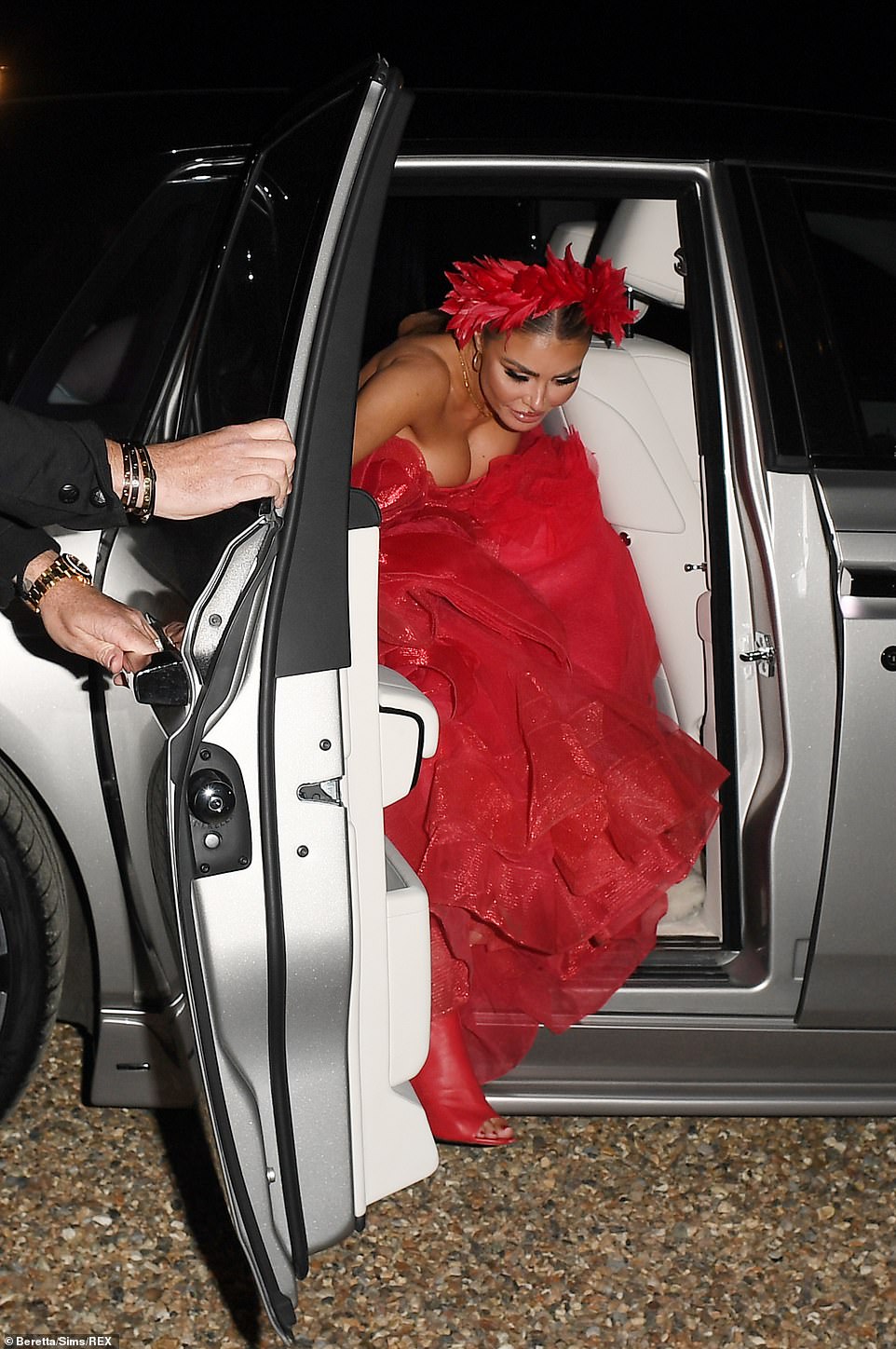 Making an entrance: Chloe was driven to her party in a swanky silver car 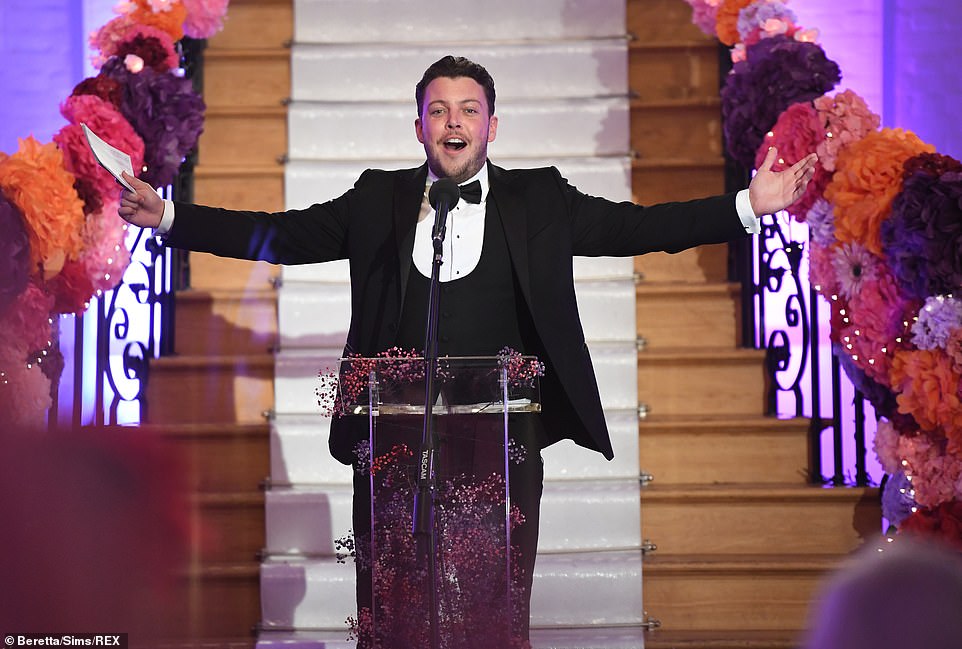 Main man: Diags looked to be in his element as he guided proceedings 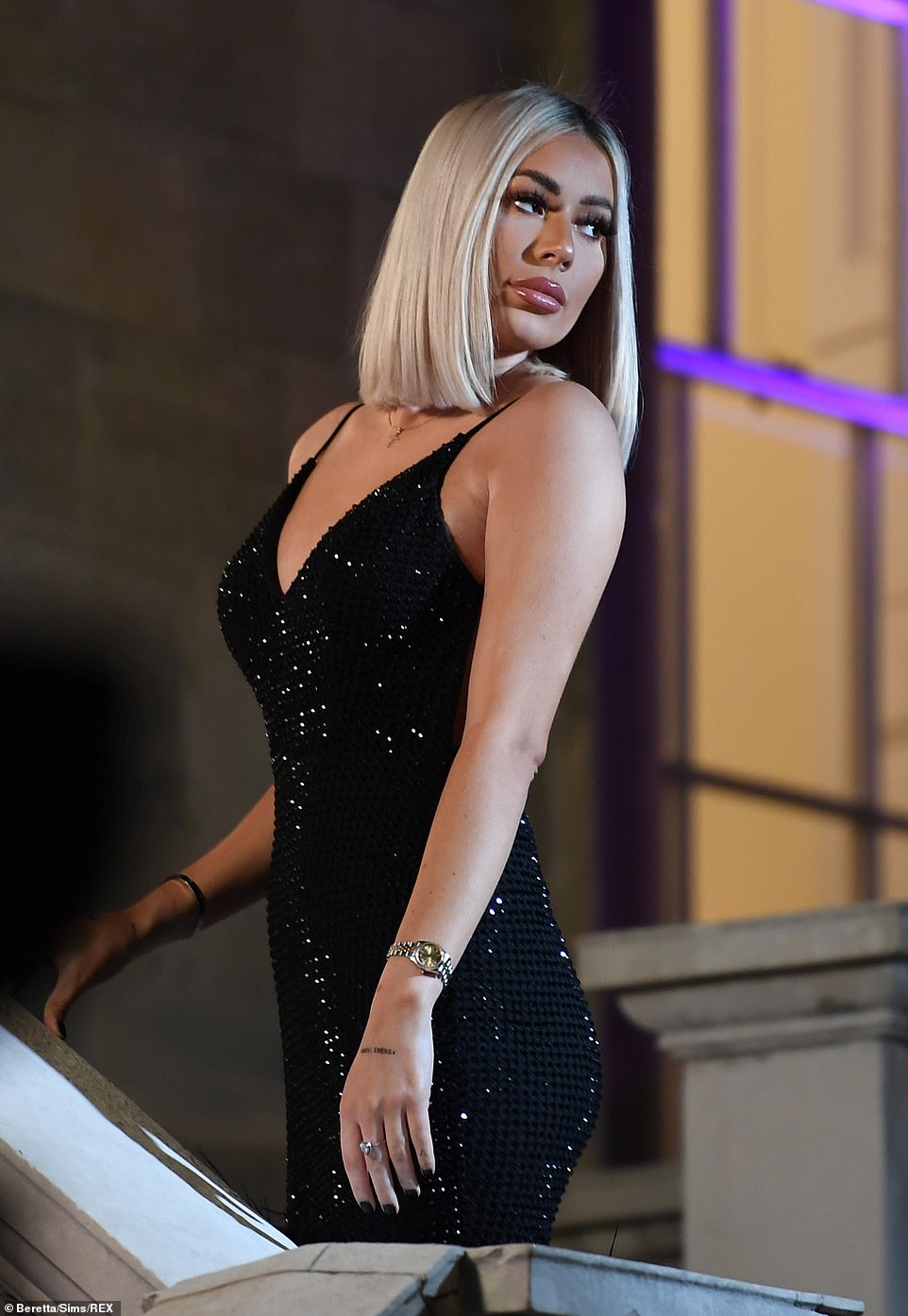 Model moment: Demi looked sensational as she posed on the steps of the manor house