By Mail on Sunday Reporter

What would Mr Carson the butler say? Three stars of Downton Abbey at a birthday bash and not an evening dress or tiara in sight!

Instead, Michelle Dockery and Laura Carmichael opted for a summer casual look when they joined Elizabeth McGovern to celebrate her 60th last week at Scott’s in Mayfair.

Once described as Britain’s grandest restaurant, the glitzy seafood eaterie was a perfect setting for the glamorous trio to enjoy a chilled lunch on one of the hottest days of the year.

Michelle, 39, who played Lady Mary Crawley, and Elizabeth, who was Cora Crawley, Countess of Grantham, arrived in a chauffeur-driven limousine. 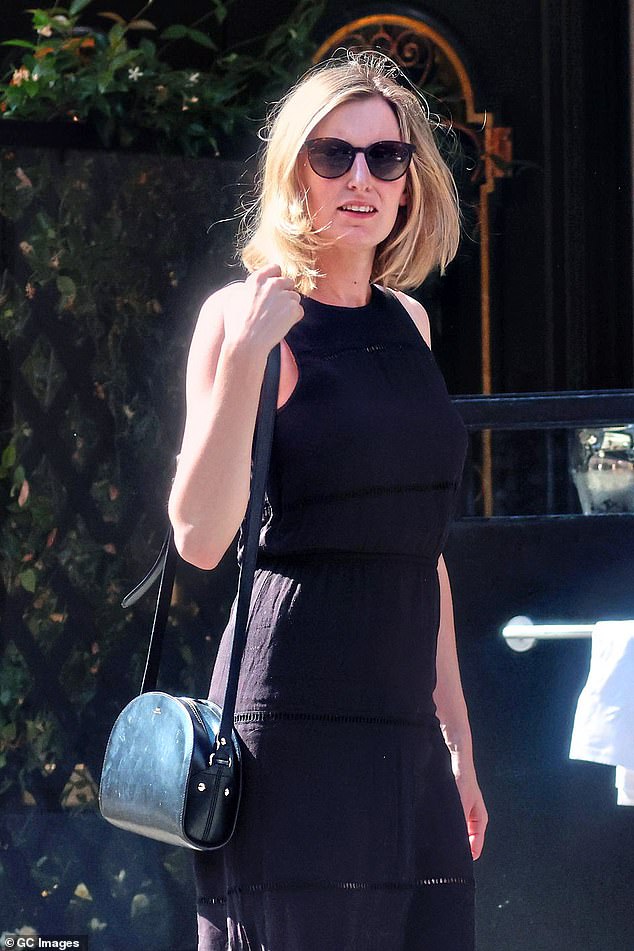 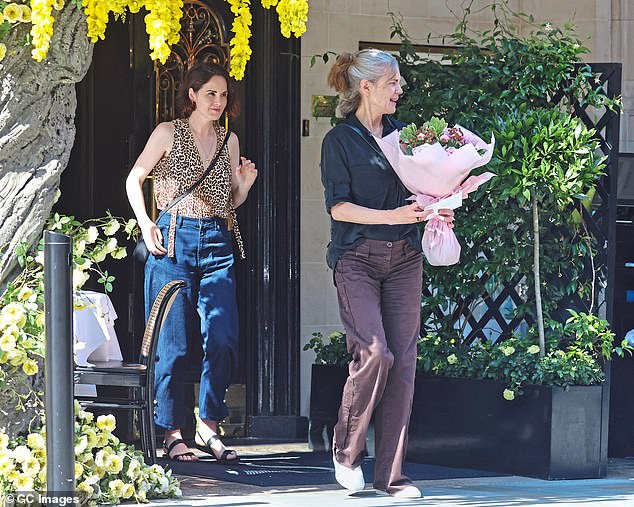 Laura, 35, who played Lady Edith, arrived on foot in a cooling black linen dress, sunglasses and sandals and carried an elegant bouquet for her co-star.

After the two-hour lunch Michelle, in a leopard-print sleeveless top, baggy denim trousers and sandals, and Elizabeth, sporting an on-trend grey up-do with a comfy shirt and slacks combo and white trainers, climbed back aboard their limo.

Laura followed with a waiter bringing her a carrier bag.

It led onlookers to wonder whether the actress had asked for a ‘doggy-bag’, an increasing trend among diners to counter food waste – the current focus of a Mail on Sunday campaign.

‘I couldn’t tell if it was a doggy-bag or a gift item, but the waiter was happy to help her,’ said a fellow diner. ‘The three of them seemed to have had a great time.’