But, Ed Sheeran looked dapper as he suited up to accept the Icon for Music gong at the 20th Edition GQ Men Of The Year Awards 2021 in Madrid, Spain on Thursday.

The superstar singer, 30, opted for a classic ensemble, combining a black trouser suit and tie with a crisp white shirt. 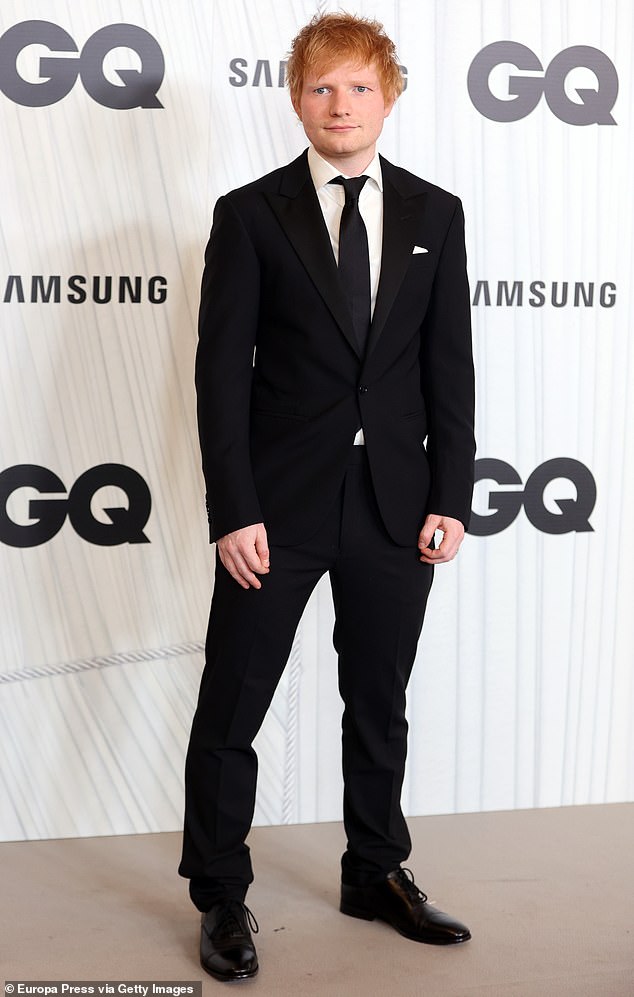 Dapper: Ed Sheeran looked dapper as he suited up to accept the Icon for Music gong at the 20th Edition GQ Men Of The Year Awards 2021 in Madrid, Spain on Thursday

His stylish outing comes after Ed revealed having his daughter Lyra Antarctica was a ‘blessing’ and a ‘miracle’ after struggling to conceive with his wife Cherry Seaborn.

The crooner told how the couple had booked doctors appointments to check everything was okay after ‘trying to have a kid for a while’.

They then welcomed their first child last August, after conceiving naturally during a holiday in 2019 to Antarctica – which inspired the unusual name. 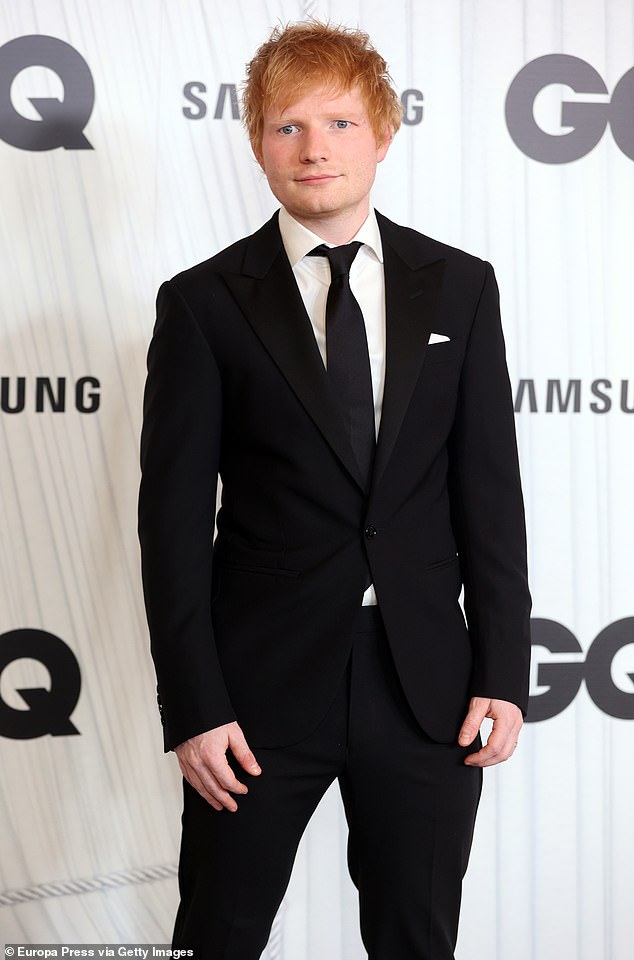 Sleek: The superstar singer opted for a classic ensemble, combining a black trouser suit and tie with a crisp white shirt 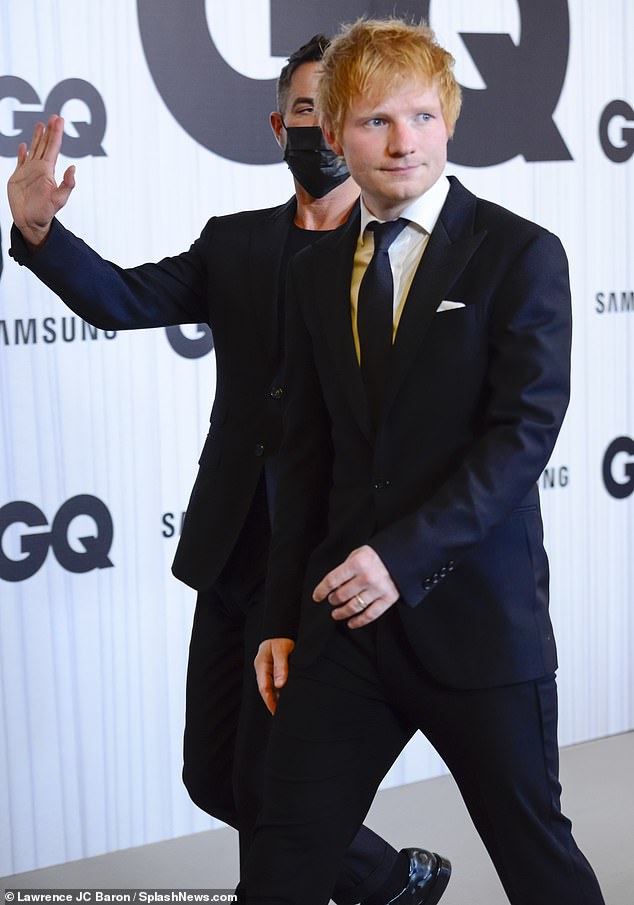 He told US radio’s The Breakfast Club: ‘We had tried for a while to have a kid, and we’d started going to doctors and figuring out what was up.

‘I did think it was a miracle, so that’s why I was like, we should have this in the name.

‘A lot of it is mental. It’s about relaxing. So many of my friends have been trying different things like IVF or making sure you’re having sex at the right time on the right day, and then they go to a wedding and get p*ssed and relax and they get pregnant.’

He added: ‘It’s not a given. It is a real blessing when it happens.’ 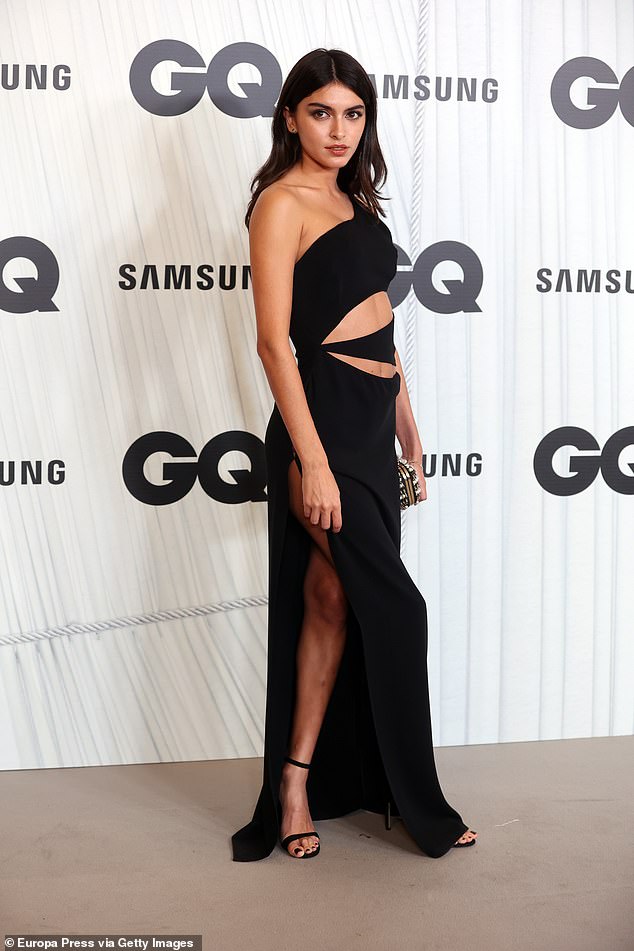 Wow! Lucia Rivera showed off her washboard abs in a cut-out gown

It comes after earlier this week Ed revealed that Elton John regularly phoned him to ‘check in’ after he became a new dad.

Speaking on The Tonight Show Starring Jimmy Fallon, the star told how he and Elton, 74, ‘speak all the time’ as he discussed their Christmas song collaboration.

‘When his song came out Cold Heart with Dua Lipa he was so excited and buzzing he was like ‘Wow I’m 74 and I’m top 20′ and then it climbed up and up.’

He said of their festive collaboration: ‘We’ve got a Christmas song together. Step Into Christmas gets higher and higher in the charts each year and he was like ‘I wanna do another Christmas song’.

‘I had always been against doing a Christmas song and if you’re going to do it then you have to throw the kitchen sink at it, do it properly. I went to stay with him and we wrote three!’ 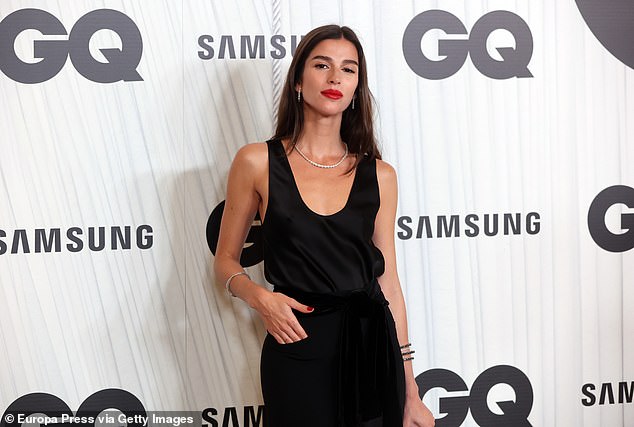 Effortlessly chic: Sandra Gago looked divine in all black with a red manicure