First, Carrie Johnson’s charity provoked an international incident over plans to ‘rewild’ a herd of elephants to Kenya.

Now, I can reveal the Prime Minister’s wife and her boss, Damian Aspinall, have been slapped down again over their ambitious and controversial animal projects.

Super-rich casino and wildlife park tycoon Damian, who runs the Aspinall Foundation, tells me he’s been banned from releasing gorillas into the wild.

The all-powerful European Association of Zoos and Aquaria has withdrawn a ‘Memorandum of Understanding’ [MoU] which gave its blessing for reintroductions. 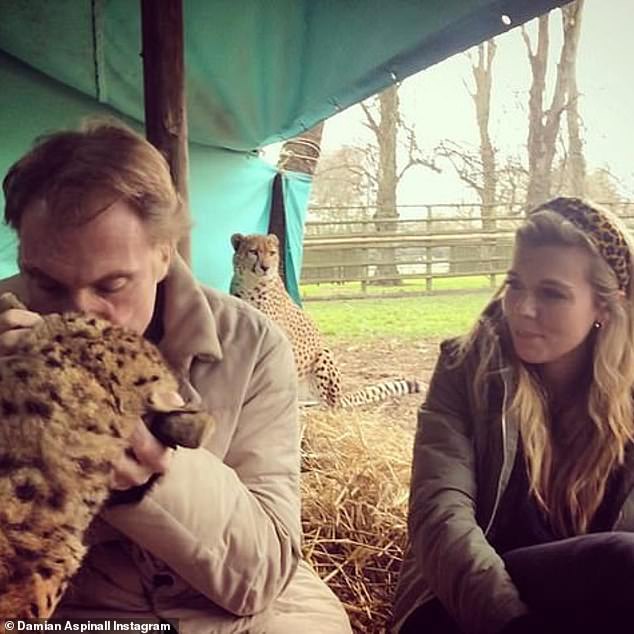 Now, I can reveal the Prime Minister’s wife and her boss, Damian Aspinall, (pictured together) have been slapped down again over their ambitious and controversial animal projects

This will be a huge blow to the king of ‘rewilding’, who frequently sends gorillas from his Kent wildlife park to Africa. Indeed, his late father, the gambling and society figure John Aspinall, was credited with the reintroduction of the primates to Gabon.

Damian tells me: ‘The European Association of Zoos and Aquaria [EAZA] have cancelled the understanding with the Aspinall Foundation that allows the release of gorillas into the wild.’

He claims: ‘They’ve done this because of my own personal views on zoos. So, because they don’t like what I say about zoos, because I point out a few home truths that they don’t want to hear, they’ve now cancelled an MoU that allows gorillas to be released into the wild.’

A spokesman for the association confirms it’s cancelled this agreement after discovering that Aspinall lobbied Boris Johnson to close down zoos. ‘Through its representations to Government, the Aspinall Foundation has undermined EAZA’s trust in its motivations and made it impossible for us to continue the relationship on the basis of mutual respect,’ the spokesman tells me. 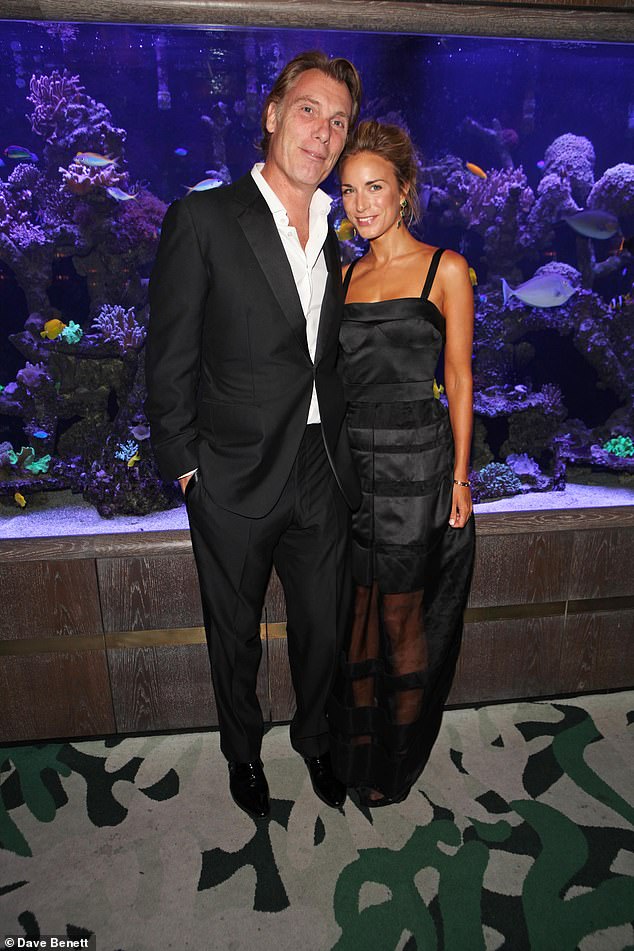 Damian’s daughter Freya, 18, whose mother is actress Donna Air, is likely to be disappointed, as she decided to spend the next year working on conservation, largely with gorillas, instead of going off to university.

After Carrie’s charity announced plans to send 13 elephants to Africa earlier this year, the Kenyan Wildlife Service claimed it had not given permission. However, the parties involved later said it had been a misunderstanding and the relocation would go ahead.

The Charity Commission also recently launched a probe into the Aspinall Foundation after investigations by this newspaper raised issues around the use of its funds.

Aspinall has vowed to fight the EAZA and does not mince his words about his fellow zookeepers. He tells me: ‘I find these people disgusting.’ 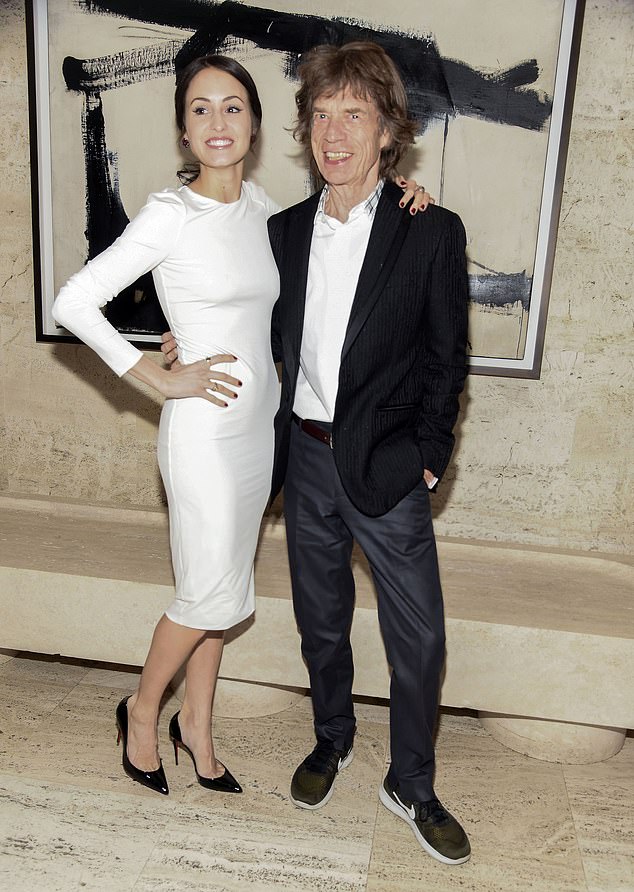 While Sir Mick Jagger is on tour in Los Angeles this week with the Rolling Stones, his cheeky girlfriend, Melanie Hamrick, also hopes to make a splash

While Sir Mick Jagger is on tour in Los Angeles this week with the Rolling Stones, his cheeky girlfriend, Melanie Hamrick, also hopes to make a splash.

The 34-year-old ballerina — and mother of the singer’s four-year-old son, Deveraux — is accompanying Jagger, 78, on the band’s No Filter Tour.

As well as cheering him on at many of the Stones’ shows, Mel’s support for the indefatigable rock star extends even to the swimming pool. The American-born brunette has shared a picture of herself luxuriating in her hotel pool on a £50 Hot Lips logo float that was created in collaboration with the Stones.

Happy to support father-of-eight Mick with his busy work schedule, Mel gushes he’s ‘the most wonderful man in the world’. 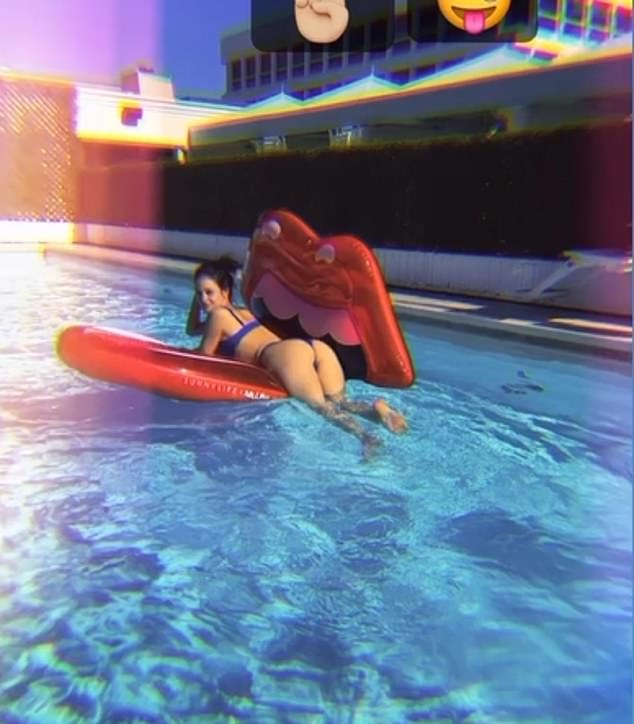 As well as cheering him on at many of the Stones’ shows, Mel’s support for the indefatigable rock star extends even to the swimming pool 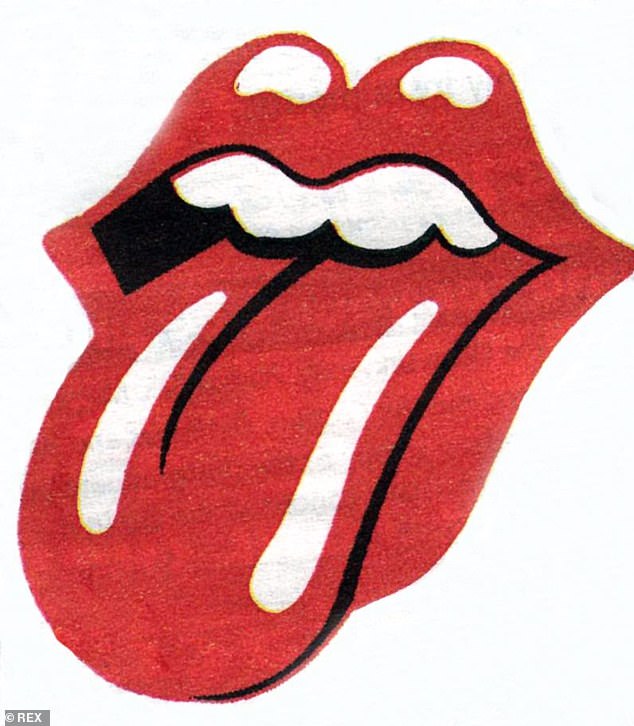 Writer Lady Lucinda Lambton is on a mission to quash rumours that she’s made up with her brother, Ned, after an explosive row broke out after their father’s death in 2006.

Ned inherited the family’s £35 million estate as well as the Earl of Durham title, bypassing his sisters as the sole heir under English male primogeniture rights. However, Lady Lucinda and two of her sisters claimed they were entitled to an equal share under Italian law, as their father, the Tory minister Tony Lambton, had lived there. A reconciliation was later reported, with Ned giving each sister £1.5million. 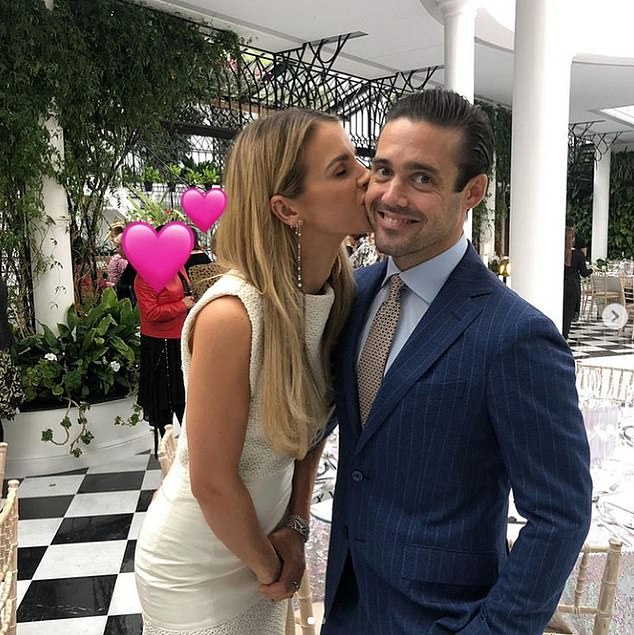 I learn that Spencer Matthews, 33, (pictured with wife Vogue Williams) who’s the brother of Pippa’s financier husband, James Matthews, has just paid back the money his company received from taxpayers via the Government’s furlough scheme

The Duchess of Cambridge’s sister, Pippa, will be pleased that her brother-in-law, the former Made In Chelsea lothario Spencer Matthews, can avoid further bad publicity.

I learn that Spencer, 33, who’s the brother of Pippa’s financier husband, James Matthews, has just paid back the money his company received from taxpayers via the Government’s furlough scheme.

Spencer was criticised in March after it was disclosed that his non-alcoholic drinks business, The Clean Liquor Co, had been taking up to £10,000 per month. He’s said to have a fortune of about £3 million and his business had only recently secured £7 million from new investors.

The Queen appointed him an MBE eight years ago, but Gavin & Stacey star Rob Brydon has loftier ambitions.

The comedian, 56, likes to imagine himself as a knight of the realm. ‘I think on my headed notepaper it would say: “Sir Robert”,’ he declares.

‘I’d go with Robert because I think that sounds better than “Sir Rob”.’

Brydon insists he would remain humble on set — ‘just call me Rob’ — but admits, ‘I would love a little bit of reverence just in the way people interact with me. They don’t have to use the “Sir”.

And you know those director’s chairs with the names on? If I arrived and “Sir” wasn’t on my chair, I would kick off.’ 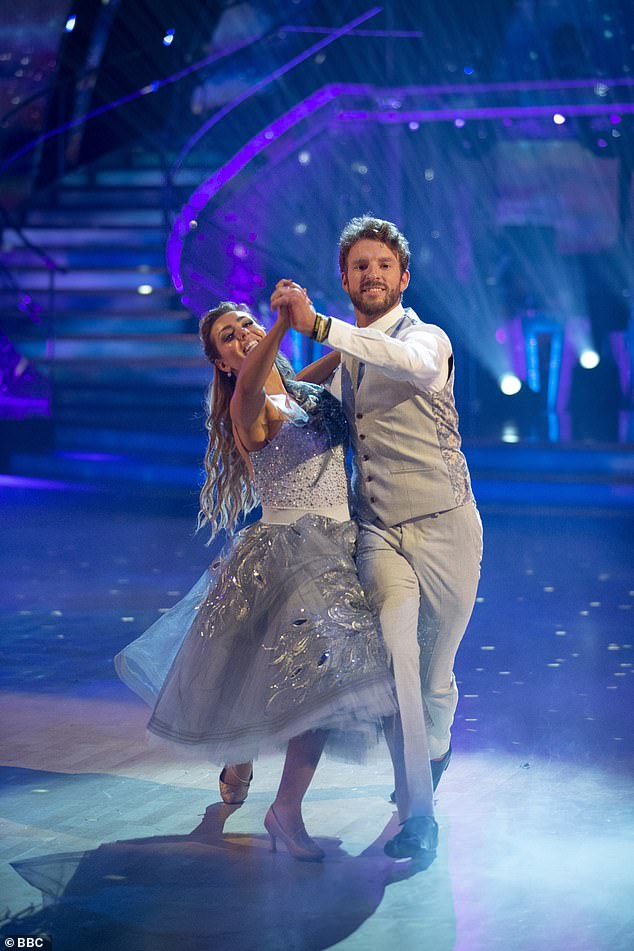 Now, his father, a chaplain to the Queen, has spoken out against Britain and America’s pull-out from the country.

The Very Rev Dr John Chalmers says he finds it ‘difficult to disagree with those who feel that we have abandoned and even betrayed the Afghan people’. Referring to his son, who’s now a BBC presenter, he says he’s had ‘some up-close and personal experience of how the war has impacted individuals and families across the world’.

He adds: ‘So much was sacrificed, so much was promised, so many dreams have been dashed and I feel ashamed when I hear people blame the current situation on the Afghans.’

Is this a ‘woke’ record? Bosses at a Cambridge theatre that launched the career of John Cleese have slapped 16 ‘trigger warnings’ on a single play just in case ‘snowflake’ students might be offended by the dialogue.

The ADC Theatre, which is run by Cambridge University, has decided to warn punters about ‘upsetting’ language in Top Girls by Caryl Churchill, despite the play having beeen staged on numerous occasions since it was written in 1982.

The plot focuses on a job agency worker’s rise to prominence in Margaret Thatcher’s Britain.

Previous trigger warning-free productions of Top Girls have featured the likes of Gentleman Jack star Suranne Jones as well as The Crown star Lesley Manville among the cast.

Confession of the week What item would you never leave home without? Your favourite umbrella? An inflatable travel pillow?

Who says the super rich inhabit a different world?

Newly released figures disclose that his three companies, which all list Tom and his comedian father, Dominic, as officers, have amassed a combined total of £9.3million. Holland’s latest film is the forthcoming Spider-Man: No Way Home. Should be another money-spinner…

With a joining fee of £2,900 — plus a monthly payment of £152 — and past members including Princess Diana, the Chelsea Harbour Club expects to attract the creme de la creme of society. Sadly, however, it appears to be a den of petty thieves.

I hear the club’s running out of the high-end Anyah toiletries in its changing rooms — including £120 hair conditioner and £100 body lotion — amid rumours they’re being pinched.

‘There are usually around 20, but this week there was just one halfempty moisturiser pump,’ wails one member. What’s more, the club is unable to get a delivery in time to top up supplies. The changing rooms are the only place there are no security cameras. Let’s hope strip searches are not introduced.

Business Secretary Kwasi Kwarteng ruled out another lockdown this week, but he can expect to spend some more time indoors himself. I hear his wife, the City solicitor Harriet Edwards, has just given birth to their first child. ‘She’s had a baby girl,’ one of their friends tells me. ‘They’re delighted.’