She is one of Hollywood’s most stunning rising stars.

And Eiza Gonzalez, 31, looked nothing short of spectacular despite a very laid back look, as she grabbed takeout from Joan’s on Third in Studio City.

The Mexico City born beauty modeled a pair of joggers and a ‘for better days’ crewneck as she popped into the celebrity-favorite cafe on Thursday. 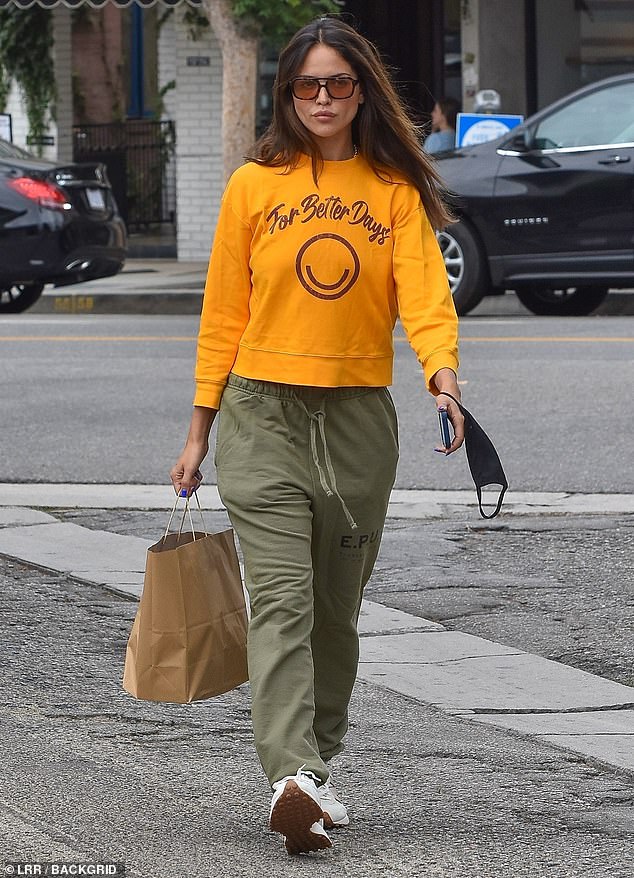 Grab and go: Eiza Gonzalez, 31, looked stunning in a very laid back athleisure look as she picked up food from Joan’s on Third in Studio City Thursday afternoon

The Godzilla Vs. Kong actress was seen exiting her Mercedes SUV wearing a marigold sweatshirt with a partial smiley face on it and a pair of olive green joggers.

She continued to lean into comfort as she slipped a pair of white New Balance trainers on her feet and carried her phone and a black face mask in hand while walking into the cafe.

The natural beauty went makeup free and shielded her eyes behind a pair of stylish brown lensed aviators.

Her caramel tresses were down and looked windswept as she crossed the street before returning to her vehicle with a to-go bag. 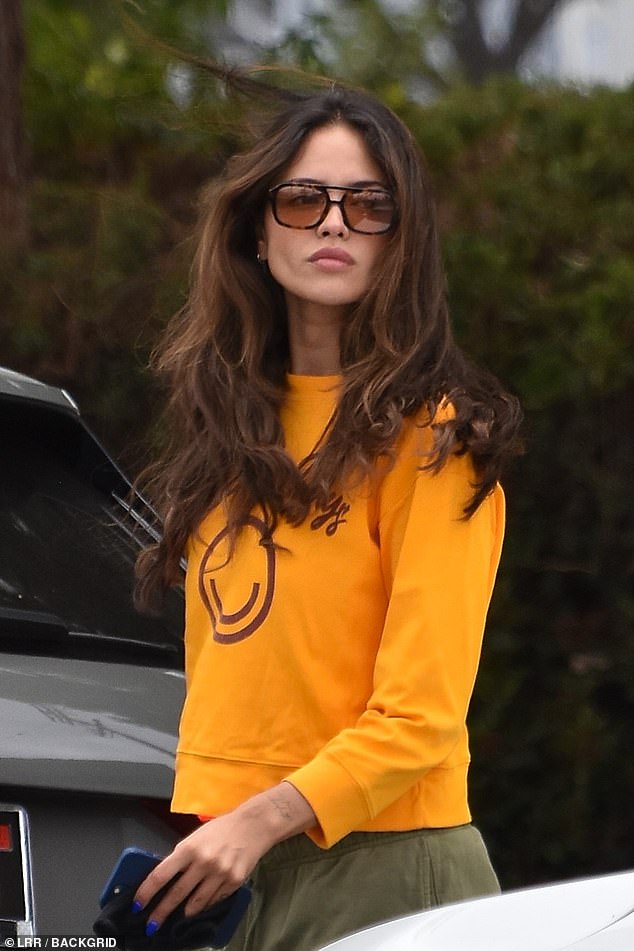 Keeping it casual: The Godzilla Vs. Kong actress was seen wearing a marigold crewneck sweatshirt that said ‘for better days’ and olive green joggers 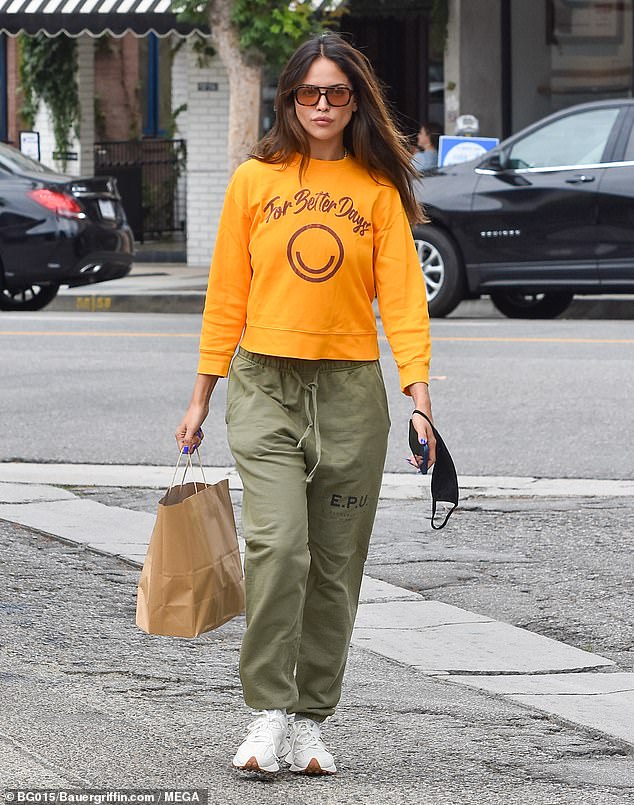 Neighborhood spot: The Mexico City born beauty frequents the spot which sits next to the Alfred’s Coffee where she has been seen getting her morning caffeine fix

In recent years Eiza’s career has really taken off and she put on a moving performance in Netflix’s 2020 hit I Care A Lot opposite Rosamund Pike, who snagged a Golden Globes win for Best Actress.

Gonzalez was named the brand ambassador for Bvlgari jewelry, making her the first Latina face for the luxury brand, and additionally she serves as the face of Louis Vuitton’s fragrance ‘On The Beach.’

Just weeks ago it was revealed that she was in negotiations to star in Three-Body Problem, a new sci-fi series for Netflix from the creators of Game Of Thrones. 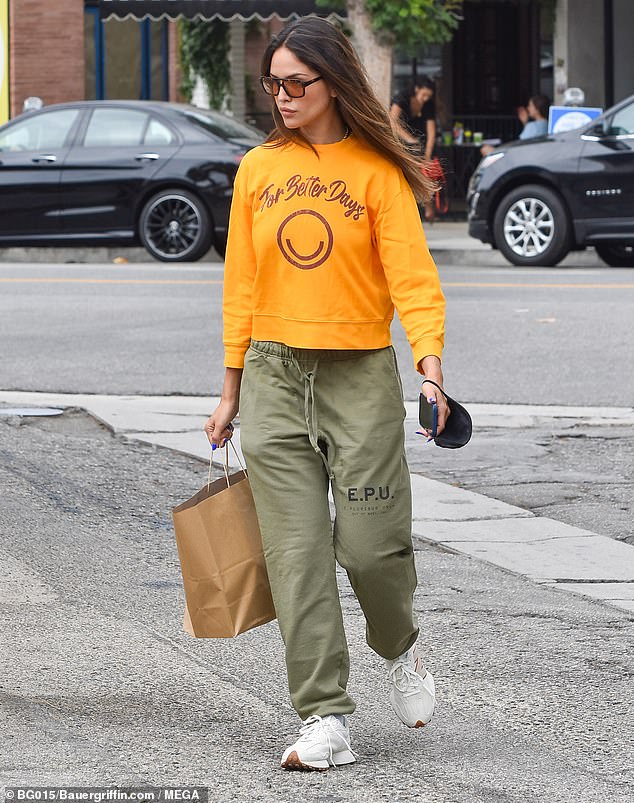 Covergirl: Eiza was recently named as the face of Bvlgari making her the first Latina brand ambassador for the luxury brand 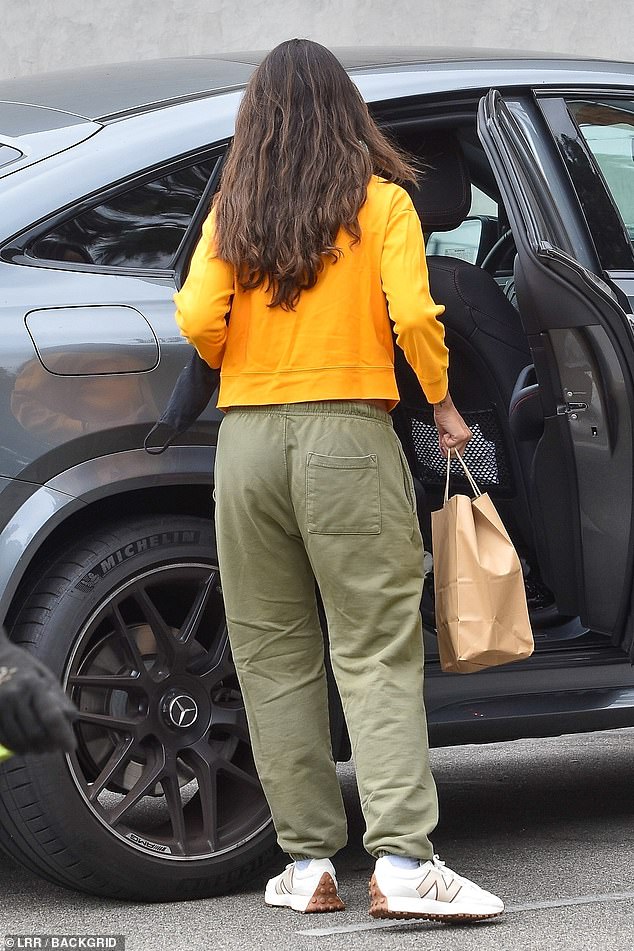 Busy bee: The actress is currently in negotiations to star in a new Netflix sci-fi series called Three-Body Problem from the creators of Game Of Thrones

And a new thriller from Endeavor Content and 51 Entertainment called Wolf Country was crafted around her which she celebrated on Instagram, saying she felt compelled to ‘commence this journey’ after reading the script.

As her star continues to burn bright it was also announced that she is set to star in and produce a biopic about iconic Mexican film star Maria Felix, which she called ‘one of the most exciting moments’ of her life.

She tweeted that he was the ‘lacrosse king’ as she congratulated him, and later took to Instagram to share a photo of the pair where she gushed ‘I love you’ while saying ‘no one works harder than you.’ 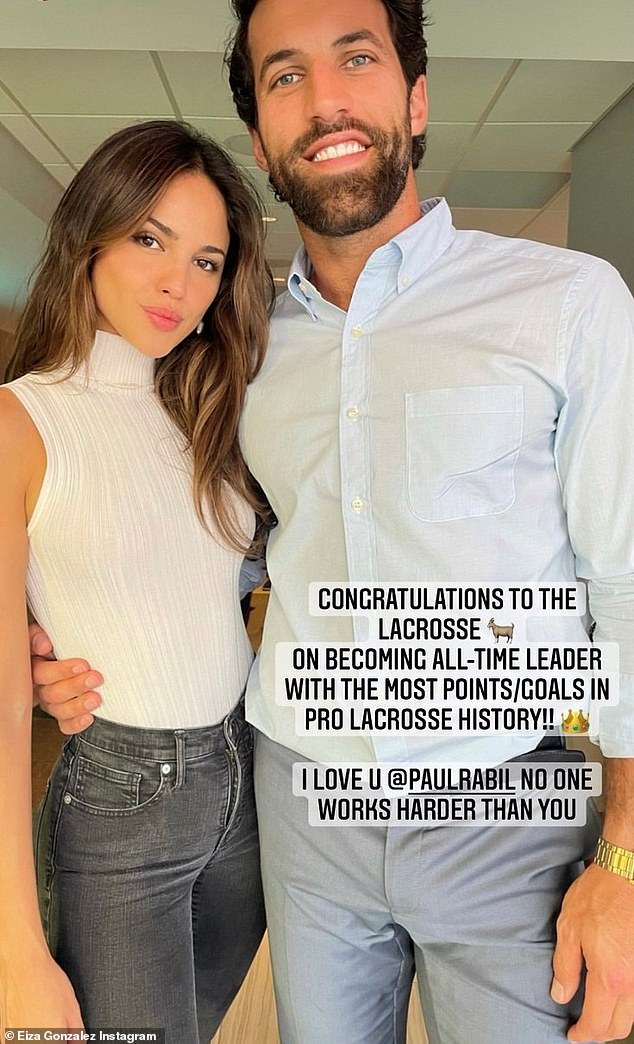 Loved up: Gonzalez and Rabil went Instagram official in July as she gushed ‘I love u’ while sharing a snap of the pair with their arms around each other