The U.S. Food and Drug Administration (FDA) is planning to authorize booster doses of Pfizer-BioNTech’s COVID-19 vaccine for all adults as early as Thursday, according to a report from The New York Times.

An advisory committee to the Centers for Disease Control and Prevention (CDC) is planning to meet on Friday to discuss data on the booster shot.

However, if both the FDA and CDC greenlight boosters, it will be much more quickly than the original vaccines were authorized, with Pfizer submitting data just a week ago.

If authorization is given, the Pfizer booster will be the second to receive authorization for all American adults behind Johnson & Johnson’s booster. 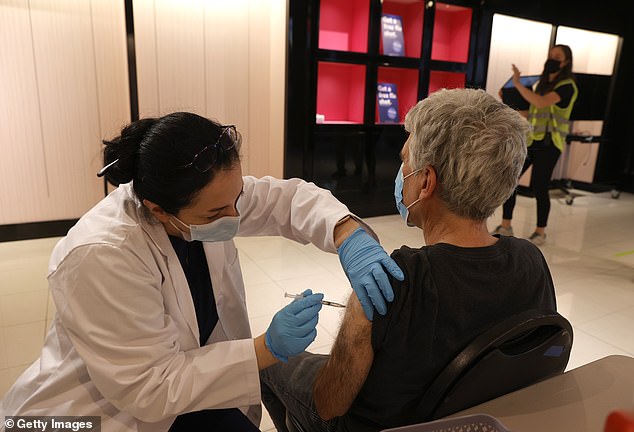 In late August, the White House announced plans to make the additional shots available on September 20, though the plan ran into a few speedbumps.

However, on September 17, the FDA’s independent panel of experts, the Vaccines and Related Biological Products Advisory Committee (VRBPAC), voted 16-2 against the shots’ authorization.

The main concern cited by the experts was that the vaccines were still shown to be highly effective against severe disease and illness.

The committee was also concerned about the risk of rare heart inflammation cases for people under the age of 30 who receive the jab.

Members did not believe the risk of the condition was worth it for age groups who had little risk of complications from the virus anyways.

Some of the experts also expressed concerns about lowering the eligible age to 40 or 50.

Many critics of the White House’s booster shot plan also believe that the nation should instead focus on donating vaccine doses overseas, as preventing virus spread in low income nations can prevent new variants from forming.

A variant that develops in a nation with a low vaccination rate can quickly become a problem for Americans, and cause outbreaks stateside, like the Indian-born Delta variant did over summer.

The committee did unanimously vote to recommend Pfizer booster shots for all Americans 65 and older, though, and later extended the recommendation to include all people with serious comorbidities or with a job that puts them at risk of Covid exposure as well.

The FDA is expected to decide on boosters without consulting VRBPAC, however.

Dr Arnold Monto, the chairman of VRBPAC and an epidemiologist at the University of Michigan, told CNN that the process of holding the meeting for every approval could be cumbersome.

‘In a dynamic situation, it’s very cumbersome to be convened – we have to be screened every time for conflicts of interest and everything else that’s needed to have a meeting – all the legal niceties,’ Monto said.

‘Our role is to advise on overall policy and to leave the details to the FDA because one, we are advisory, and two, we cannot, the way we are set up, respond quickly to changing circumstances.’

While VRBPAC’s recommendations are not binding, the FDA will rarely make a decision that disagrees with the committee.