Four recently discovered planets approximately 130 light-years from Earth are in the ‘teenage’ portion of their life span and could tell scientists a great deal about the early years of Earth.

The newly discovered planets are larger than the Earth, between two and four times the size of our planet, and are still in their ‘transitional’ phase of their lifecycles, the study’s lead author, Christina Hedges, said.

‘The planets in both systems are in a transitional, or teenage, phase of their life cycle,’ Hedges, an astronomer at the Bay Area Environmental Research Institute and NASA’s Ames Research Center, said in a statement. 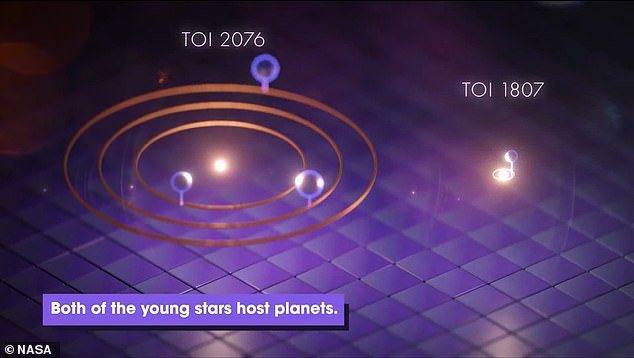 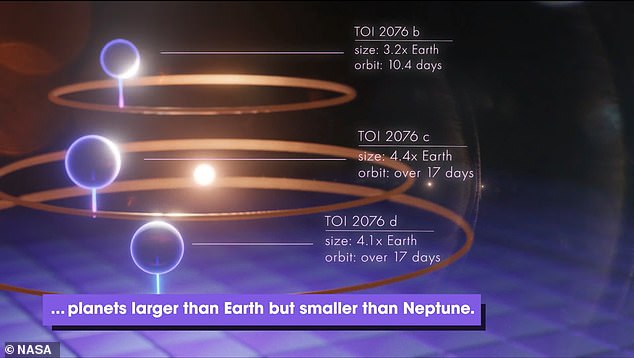 All four are between two and four times the size of our planet, and are still in their ‘transitional’ phase of their lifecycles 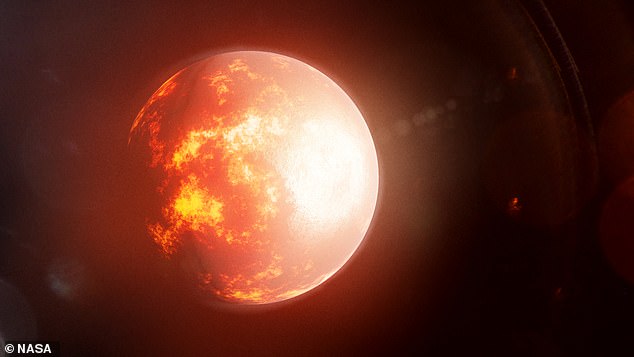 Both stars are K-type dwarf stars (pictured), which is more orange than the sun and are between 3,500 and 5,000 Kelvin

‘They’re not newborns, but they’re also not settled down. Learning more about planets in this teen stage will ultimately help us understand older planets in other systems.’

The planets were discovered by NASA’s Transiting Exoplanet Survey Satellite (TESS) in the northern constellations of Boötes and Canes Venatici, respectively, which are roughly 30 light-years between each other.

Both stars are K-type dwarf stars, which are more orange than the sun and are between 3,500 and 5,000 Kelvin.

By contrast, the surface temperature of the sun is about 5,800 Kelvin.

It’s believed the two stars were born in the same gas cloud, around 200 million years ago.

Conversely, TOI 2076 c and TOI 2076 d have orbits that are longer than 17 days and both planets are also four times the size of Earth.

In contrast, TOI 1807 b is about twice Earth’s size and orbits its star in 13 hours.

Both TOI 2076 and TOI 1807 however, have flares that are more energetic and more frequent than our sun, which could help researchers learn about the early days of the solar system.

‘The stars produce perhaps 10 times more UV light than they will when they reach the Sun’s age,’ said co-author George Zhou, an astrophysicist at the University of Southern Queensland in Australia.

‘Since the sun may have been equally as active at one time, these two systems could provide us with a window into the early conditions of the solar system.’

Another study co-author, Loughborough University student Alex Hughes, said discovering these planetary systems ‘will help us better understand early formation and evolution processes, such that we can understand how our own solar system came to be.’

The researchers want to learn more about TOI 1807 b because its 13-hour orbit should mean that planets that close to their stars should not fully form, but it appears that’s not the case, adding to the potential that it may have formed further out from its star and moved inward.

‘Many objects we study in astronomy evolve on such long timescales that a human being can’t see changes month to month or year to year,’ said study co-author Trevor David.

‘If you want to see how planets evolve, your best bet is to find many planets of different ages and then ask how they’re different. The TESS discovery of the TOI 2076 and TOI 1807 systems advances our understanding of the teenage exoplanet stage.’

Once the James Webb Telescope is up and running, scientists will be able too determine the masses of the planets and if they have atmospheres.

The study has been published in the Astronomical Journal.