And things went from bad to worse for the former Bachelorette this week when her attempt at a show-stopping dance routine with husband Lee Elliott resulted in a few nasty bruises.

The couple tried to recreate the famous scene from Dirty Dancing when Johnny Castle (Patrick Swayze) lifts Frances ‘Baby’ Houseman (Jennifer Grey) up into the air. 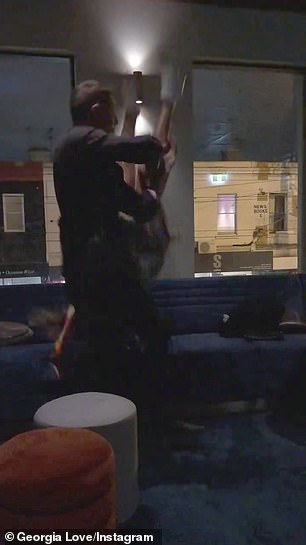 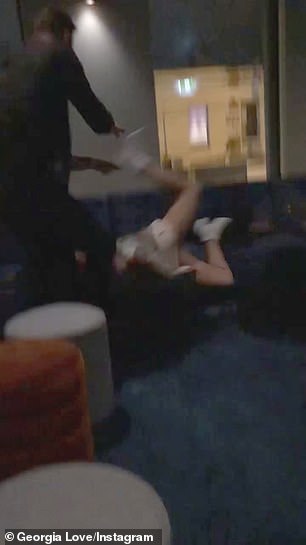 That’s gotta hurt! Watch the painful moment Bachelorette star Georgia Love is dropped on her face by husband Lee Elliott as they try to recreate their Dirty Dancing-inspired wedding dance

They had successfully pulled off the move on their wedding day in March, and earlier when they first met on The Bachelorette in 2016.

But they weren’t so lucky on Monday when they tried to show off their party trick at a pub in Melbourne.

Friends filmed the painful moment Georgia toppled over and landed flat on face. 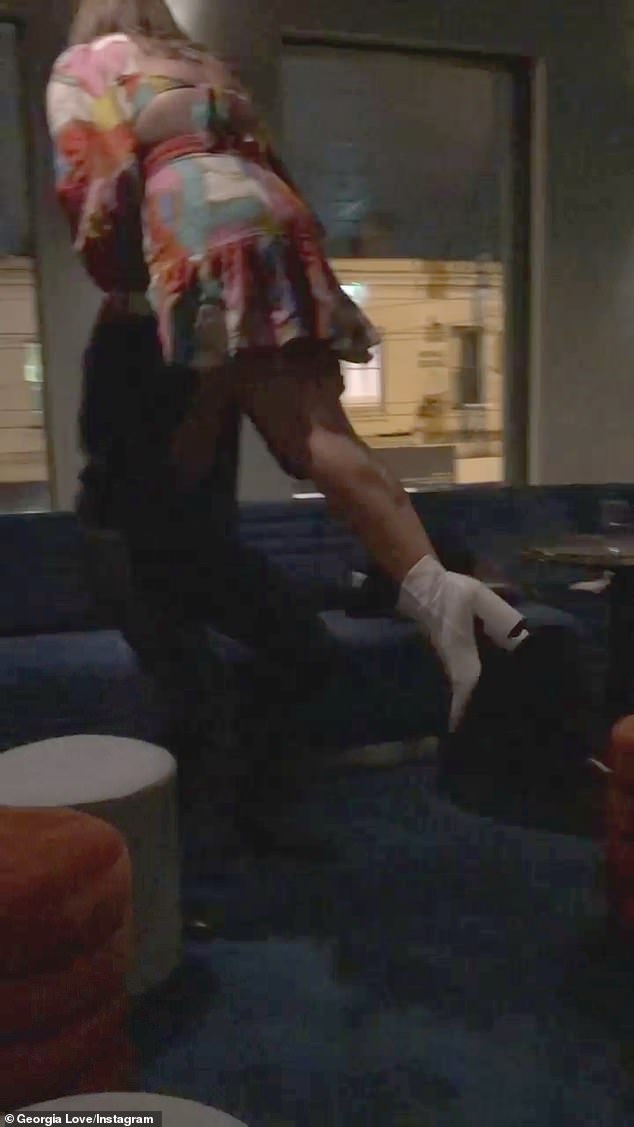 Promising start: A video shows her running into Lee’s arms as he lifts her into the air 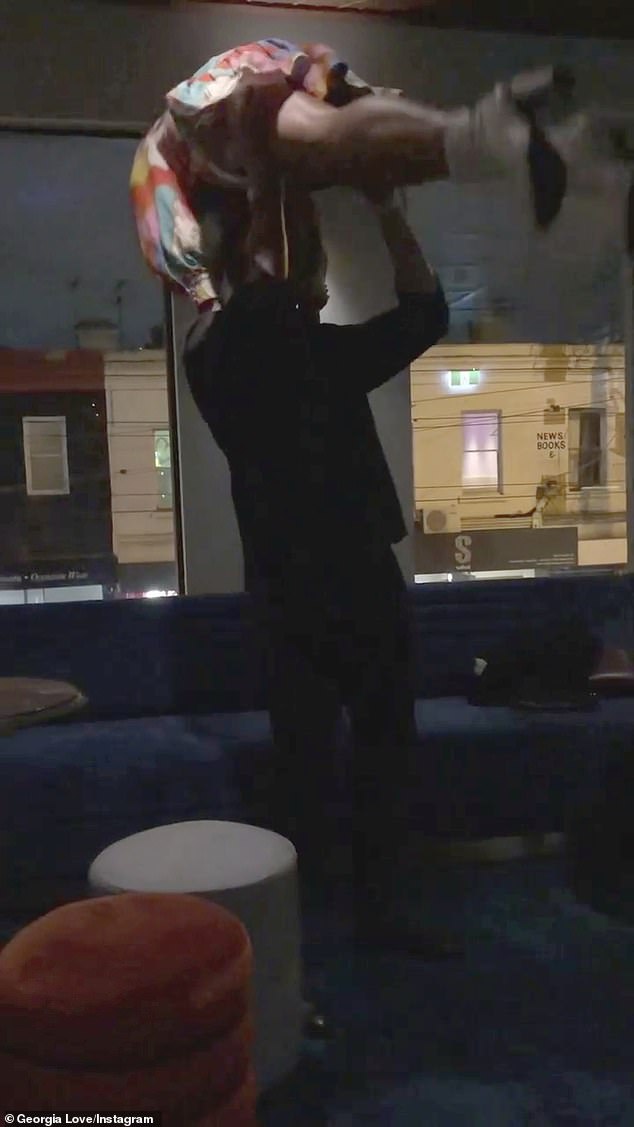 Balancing act: Lee holds his wife in mid-air for a few seconds before they both lose balance 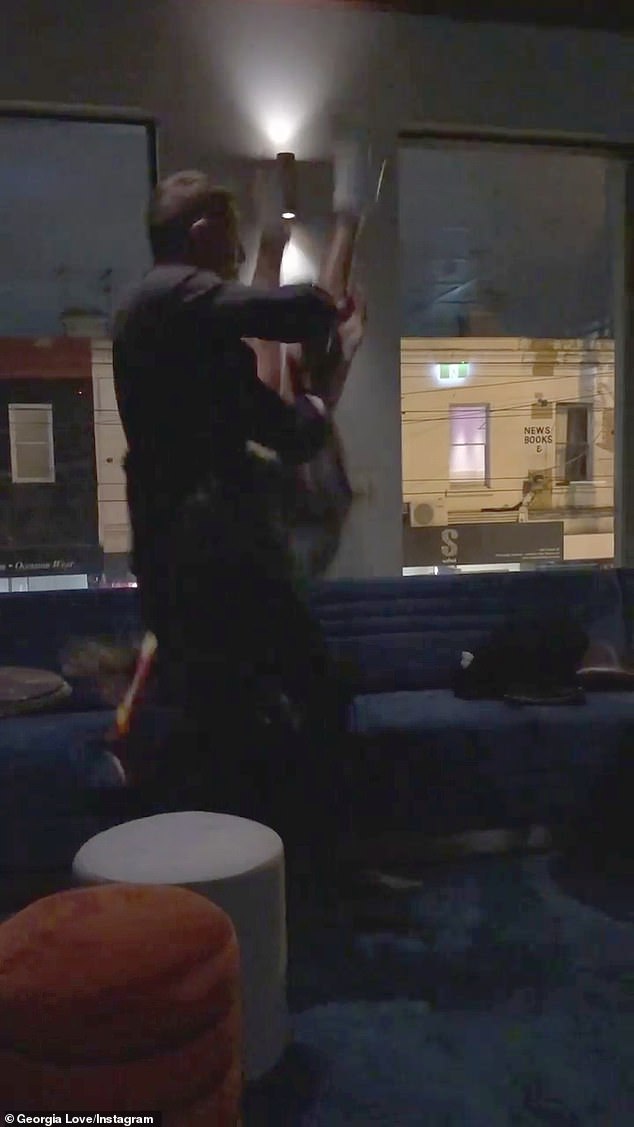 Oh, dear! She then falls forward head first into a sofa

A video shared to Instagram shows her running into Lee’s arms as he lifts her into the air, but seconds later she falls forward head first into a sofa.

Georgia captioned the clip, ‘Disclaimer: I am okay, just a bruised leg and also ego.’

Previous attempt: They had successfully pulled off the move on their wedding day in March 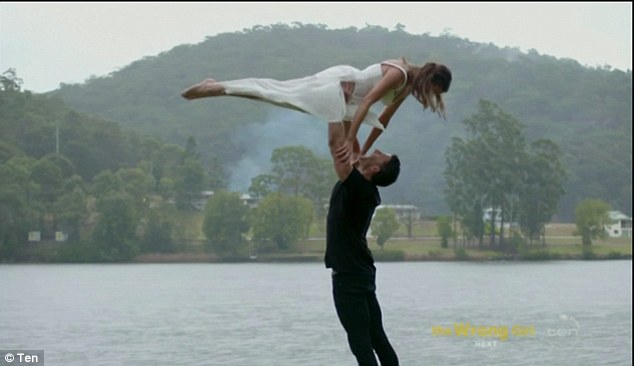 Remember this? They famously performed the Dirty Dancing lift on The Bachelorette in 2016

It comes after journalist Georgia found herself at the centre of a series of newsroom controversies at 7News Melbourne.

An email she sent to her colleagues reminding them of the importance of correct grammar was leaked to the press last month, presumably to make her look petty.

She had earlier been pulled from on-air duties and relegated to the production desk after posting ‘racist’ video on social media.

Georgia had shared footage on Instagram of a cat behind the window of a Chinese restaurant and writing: ‘Shop attendant or lunch?!’

She later apologised for causing offence.