By Joanna Crawley For Mailonline


Giovanna Fletcher has been cast in a new run of West End play, 2:22 – A Ghost Story.

The multi-talented star replaces Lily Allen in a new cast for the show, appearing alongside Brooklyn Nine-Nine star Stephanie Beatriz and The Inbetweeners actor James Buckley when it moves theatres for a new season. 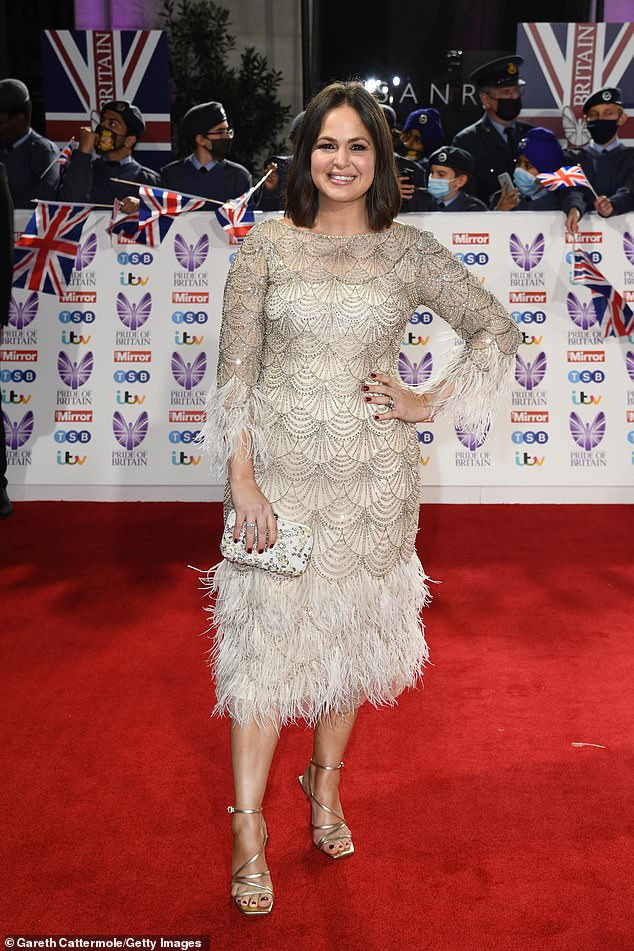 Treading the boards: Giovanna Fletcher has been cast in a new run of West End play, 2:22 – A Ghost Story, replacing Lily Allen

TV star, author and podcast host Giovanna trained at the Sylvia Young Theatre School, where she met her husband, McFly star Tom, but has spent much of her career away from acting, concentrating on her acclaimed novels and TV work.

She will take over the role of Jenny, previously played by Lily, when the show opens at the Gielgud Theatre following its run at the Noel Coward Theatre.

‘I’m thrilled to be joining the cast of 2:22 – A Ghost Story as Jenny,’ Giovanna said in a statement.

‘Reading the script the first time gave me chills – that feeling has increased in subsequent readings. 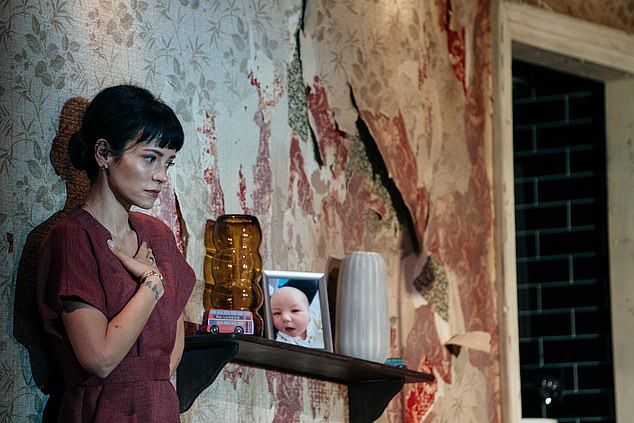 Bowing out: Lily won rave reviews for her role in the original production, which marked her West End debut

‘It’s such an honour to be putting this play on its feet for a West End audience.’

She added in an emotional Instagram post confirming her casting: ‘Someone pinch me. On reflection, please don’t! What a dream!’

Stephanie, who is best known for her role as Rosa Diaz in hit sitcom Brooklyn Nine-Nine alongside Andy Samberg, will play the role of Lauren, while Elliot Cowan will take on the role of Sam, and Inbetweeners star James, best known as Jay from the cult teen comedy, will play Ben. 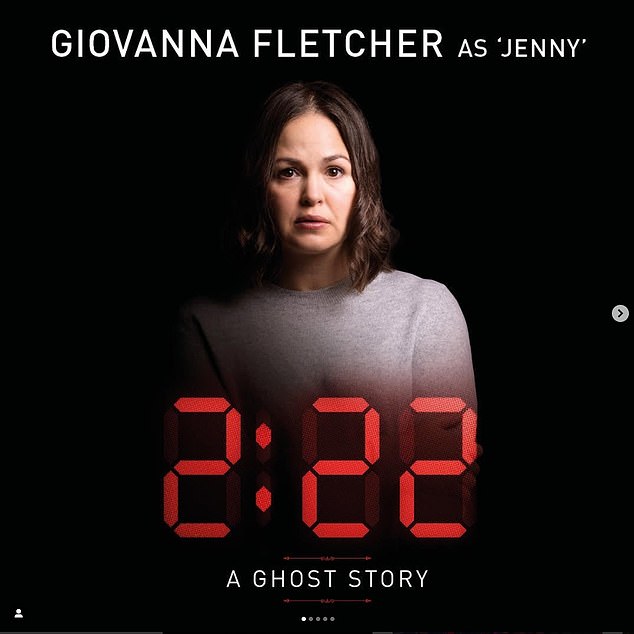 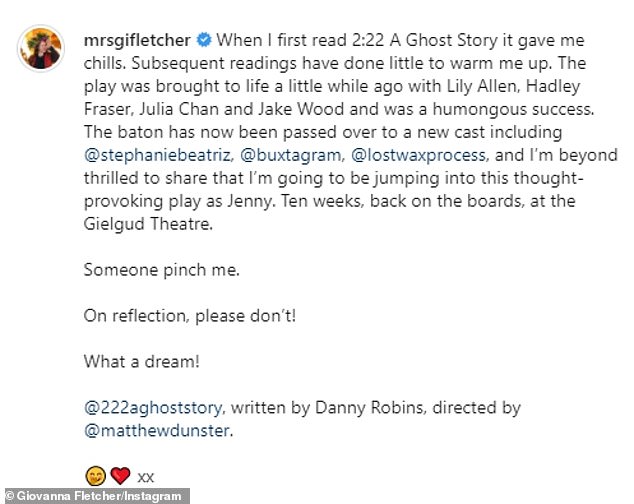 Got chills: Giovanna said in an emotional Instagram post confirming her casting: ‘Someone pinch me. On reflection, please don’t! What a dream!’

Written by Danny Robins and directed by Matthew Dunster, the show follows Jenny, who believes her new home is haunted but her husband Sam remains skeptical.

They argue with their first dinner guests, old friend Lauren and new partner Ben and decide to stay awake until 2.22am to discover the truth.

Director Matthew said of the new run: ‘2:22 had an extraordinary effect on audiences. I’ve never experienced anything like it.

‘They loved the play and the surprises in the casting. We now have a completely new cast – again full of rich surprises. 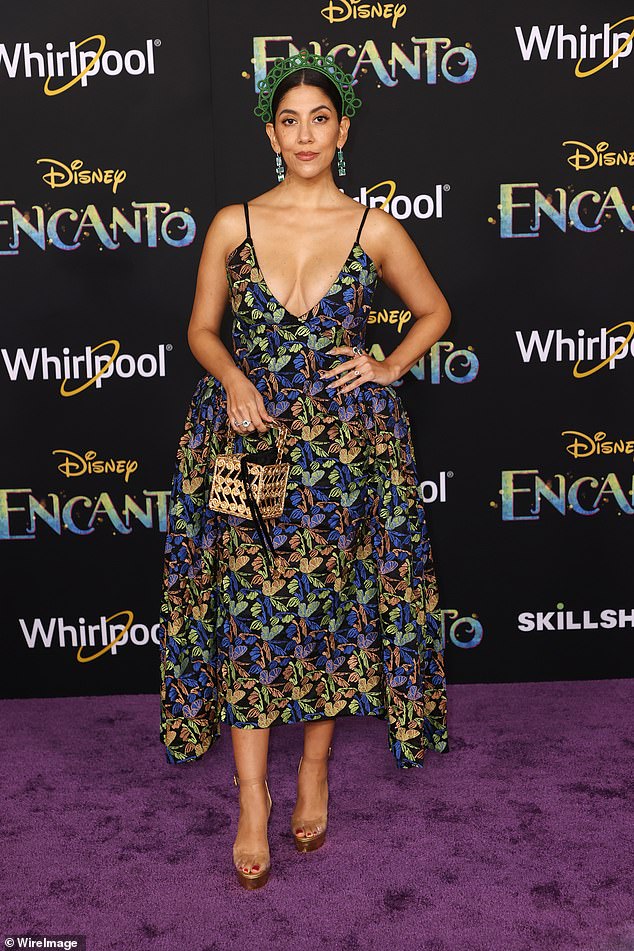 ‘I can’t wait for audiences to find out who the new cast are and for us all to relish their new interpretation of the scary and funny phenomenon that is 2:22.’

Writer Danny added: ‘I was blown away by the response to the play this summer, both from the critics and our amazing audiences, so I am hugely chuffed to be able to bring the show back so quickly and to this beautiful, historic theatre.

‘Slipping from autumn into winter, it feels the perfect time for a ghost story, so I can’t wait to spook a whole load of new audiences at the Gielgud.

‘I’m hoping you’ll laugh, jump, be on the edge of your seat, and then spend the rest of the night talking about whether ghosts exist!’ 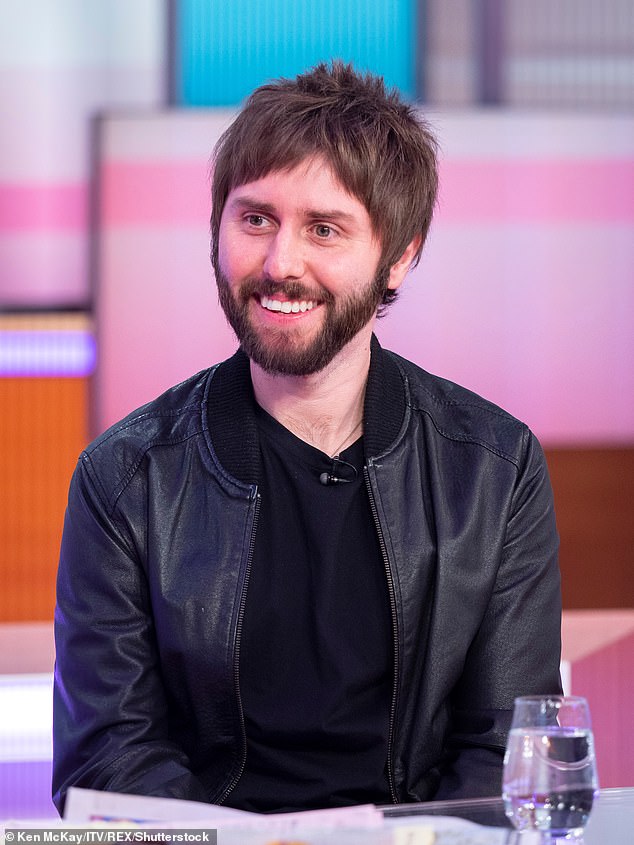