Halsey declares: ‘no more press’ after insisting article ‘disrespected’ pronoun preference and ‘bastardized’ quote about being biracial… but then DELETES the tweets

Halsey vowed “#NoMorePress goodbye,’ in a series of since-deleted tweets where they slammed their coverage in an Allure profile.

The 26-year-old singer has announced a preference for both ‘she’ and ‘they’ pronouns and was incensed that the article only used feminine ones.

She also took objection to the way she felt the Allure cover story ‘bastardized’ what she said about growing up biracial.

The singer’s declaration came just two days after they announced the birth of their firstborn child whom they have named Ender Ridley. 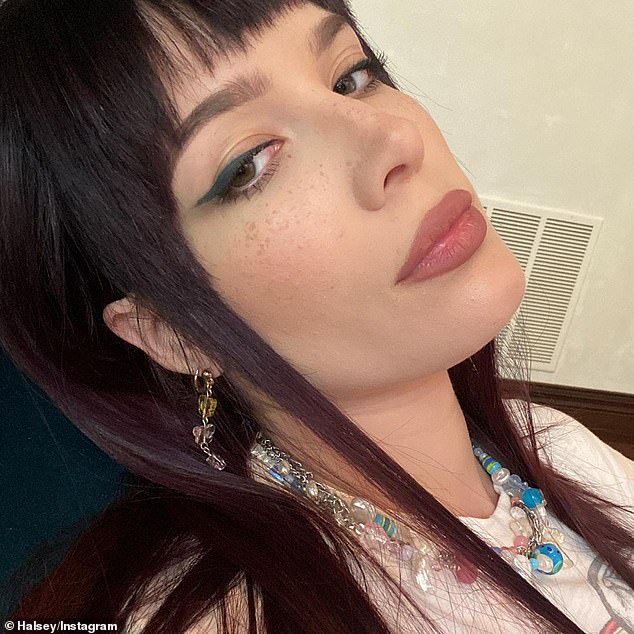 Fury: Halsey vowed “#NoMorePress goodbye,’ in a series of since-deleted tweets where they slammed their coverage in an Allure profile

In the now-deleted tweets Halsey wrote: ‘hey @Allure_magazine. First your writer made a focal point in my cover story my pronouns and you guys deliberately disrespected them by not using them in the article.’

They continued: ‘Then your admin bastardized a quote where I discuss the privilege of being the white child of a black parent + intentionally used a portion that was the antithesis of the point I was trying to make.’

Halsey added: ‘All of this ironically on the tails of an article where I give your article the intimate admission that I hate doing press because I get exploited and misquoted. Do f***ing better….?’

Allure were slammed on Twitter for their pronoun usage and posted an apology saying they ‘messed up’ and assuring readers that they were ‘adjusting our cover story with Halsey to use both “she” and “they” pronouns.’ 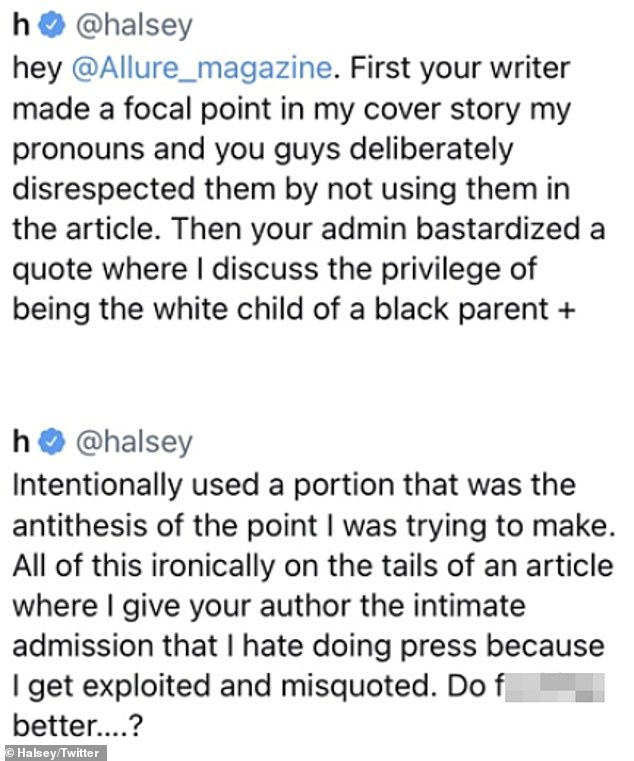 ‘Do f***ing better’: The 26-year-old singer has announced a preference for both ‘she’ and ‘they’ pronouns and was incensed that the article only used feminine ones

During her Allure interview Halsey referred to herself as being ‘white passing’ as the child of a black man and a white woman.

The story quotes her as saying: ‘A lot of people try to write off a lot of my experiences because I present white.

‘No matter how many tears I’ve shed because I’m not connecting with my family or my culture in a way that I would like too, or because the waitress thinks I’m the babysitter when I go out with my family, none of that would compare to the tears that I would shed for presenting phenotypically black and the disadvantages and the violence that I would face because of that.’

Halsey is also quoted as saying that they ‘for sure’ have experienced advantages in life as a result of being able to pass as white. 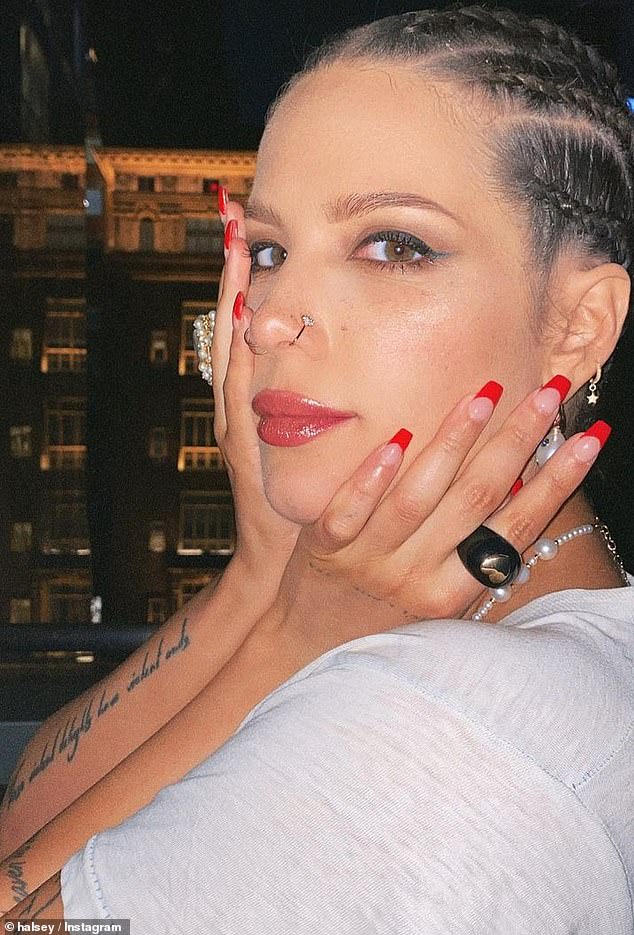 Unhappy: She also took objection to the way she felt the Allure cover story ‘bastardized’ what she said about growing up biracial

‘My family has a lot of guilt about [that], but I think this is really common for mixed families. You want your kids to have an advantage in life. That unfortunately puts them in a position of denying their heritage,’ she said.

‘Then you get older, you get woke, and you go to a liberal arts college and you go: “Oh, my God,” and you start having flashbacks of all the microaggressions you faced through your life,’ added the ex of G-Eazy.

The songbird recalled: ‘He and I were having a conversation about microaggressions, and he was like: “In high school they used to call me Slavian.” It puts people in a position of comfort because he’s not Black enough that they recognize the wrong, but he’s also not white, so the joke exists, right?’ 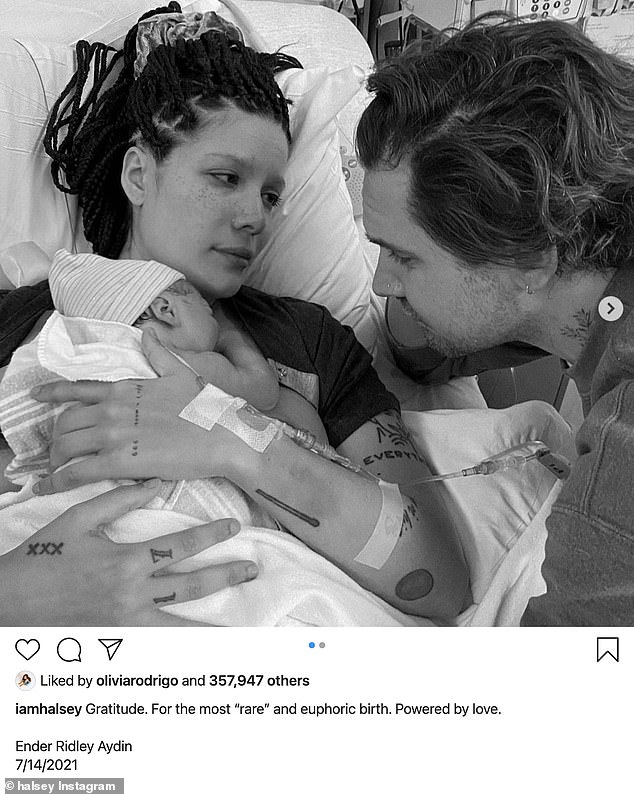 Baby mine: Halsey welcomed a baby called Ender Ridley Aydin with their boyfriend Alev Aydin last week and announced the birth this Monday

Halsey shares her baby with her boyfriend Alev Aydin, a screenwriter, and announced the birth this Monday after delivering little Ender last Wednesday.

Her heartwarming Instagram post included a black-and-white snap of her cradling the baby in the hospital as Alev gazed on lovingly.

‘Gratitude. For the most “rare” and euphoric birth. Powered by love. Ender Ridley Aydin. 7/14/21,’ wrote the new parent.

Halsey went public with her pronoun preference this March, writing on Instagram: ‘I am happy with either pronouns :). The inclusion of “they” in addition to “she,” feels most authentic to me.’