Joanne Froggatt has hit out at the sexism she has faced since turning 40 while in the public eye.

The actress, 41, told how she has often been asked how she feels about getting older and when is she going to have children.

Speaking on the Reign With Josh Smith podcast, she said: ‘From the age of about 38, 37, whenever I’ve been doing publicity for my work or anything else, I’ve been constantly asked, “oh are you going to have children? When are you having children? Or how are you feeling about turning 40?”

Speaking out: Joanne Froggatt has hit out at the sexism she has faced since turning 40 while in the public eye

‘Also about my looks and, “how I feel about the way I look constantly and do I feel I’m attractive enough?”‘

Joanna said she frequently asks her male co-stars are they asked these types of questions.

She said: ‘Honestly with men and I’m not just saying this as a sweeping statement, I can guarantee it, I don’t think any man I’ve ever worked with – because I ask them all the time, all my male colleagues think this is ridiculous – they never get asked those questions.

‘I haven’t found a man yet that has been asked those questions. What do you want me to do? Stick a paper bag on my head and never leave the house as soon as I turn 40? I’m so happy in my own skin. 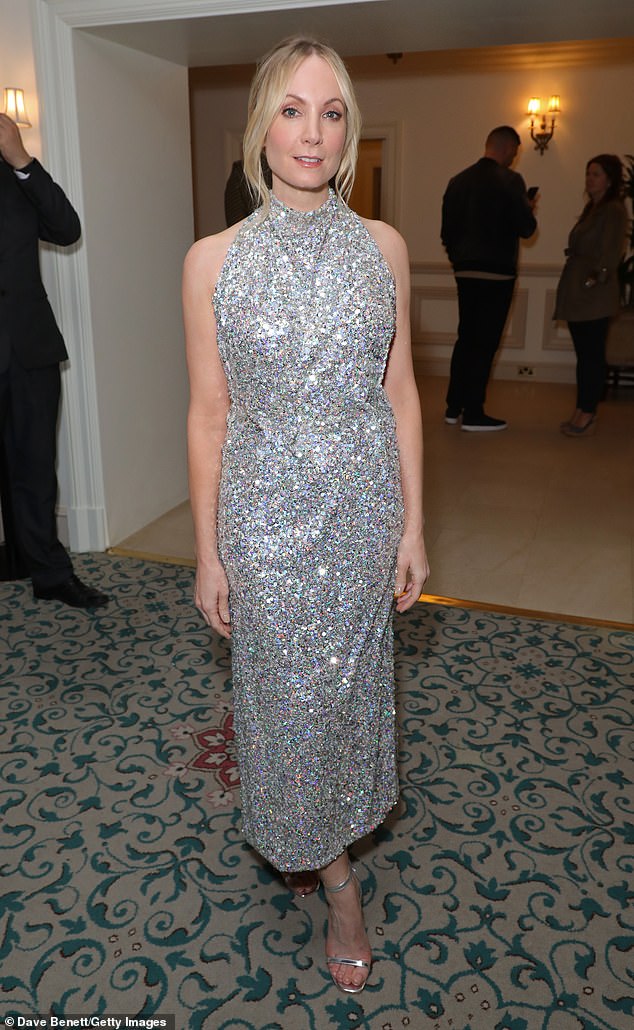 Candid: The actress, 41, told how she has often been asked how she feels about getting older and when is she going to have children

‘I’m definitely the most comfortable with myself I’ve ever been after turning 40. I’m proud of it. I’m wiser. I’ve had so many wonderful and not so wonderful life experiences and so many more things to hopefully pass on. I feel good about that.’

The star said she is ‘more than’ her looks and said she would rather be judged on the things she has achieved.

She said: ‘I don’t know why that’s a negative? It’s like as women, we still have to be reduced to whether we’re attractive to other human beings or not because really when it comes down to it, when you get over 40, will you still be attractive?

‘Well, you know what, I’m more than that actually. I’d like to be judged on my sense of humour, my personality, my intelligence, my talent, the things I’ve achieved. And if someone thinks I’m nice to look at, great.

‘I just find it constantly amazing that we still shrink women down in the media to purely their looks or how old they are or how well their ovaries are doing. I think it’s crazy that people think it’s okay to ask that. 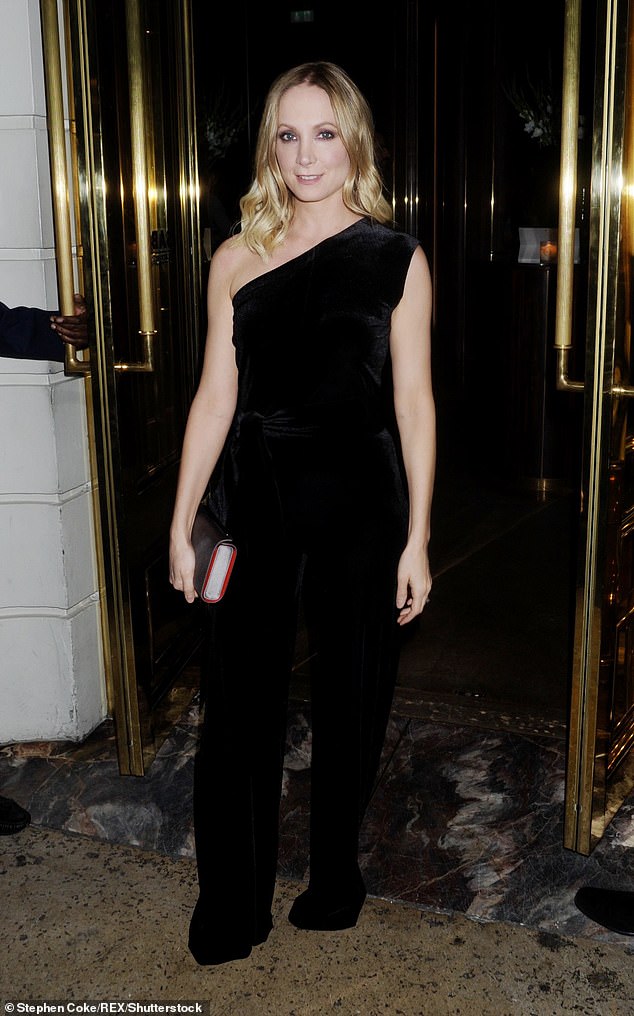 Double standard: Joanna said she frequently asks her male co-stars are they asked these types of questions

‘I never ask people when I meet them, are you menopausal? Or you wouldn’t say to a man, are you struggling with one or two things in the bedroom? And to me it’s the same kind of level of personal question, but for some reason, it’s okay to ask.’

The Angela Black star also opened up about her financial struggles in the early days of her career, saying she was once one mortgage payment away from quitting acting.

She said: ‘I’ve managed to support myself financially since the age of 16 just through acting. But my goodness, there were a few points where I was doing it by the skin of my teeth.

‘I remember in my early twenties, I think I had one mortgage payment left in the bank and I just thought, “all right, I’m going to have to bite the bullet and get another job and I can’t do anything else.” I landed a job just by the skin of my teeth.’

Joanne currently stars in the thriller series Angela Black which sees her star as a woman trapped in an abusive relationship. 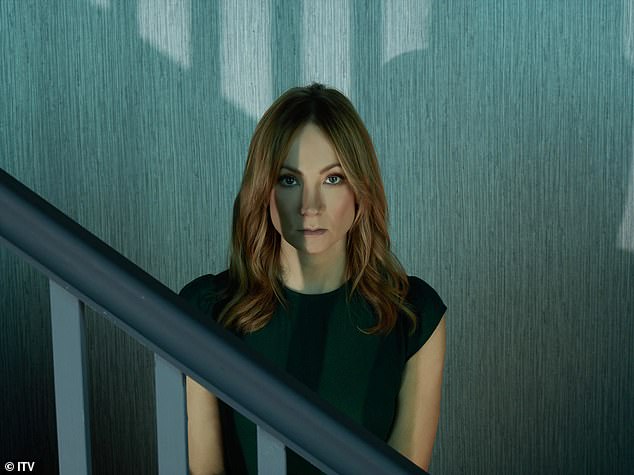 Role: Joanne currently stars in the thriller series Angela Black which sees her star as a woman trapped in an abusive relationship

Speaking about the storyline she said: ‘Going through the pandemic, domestic abuse has been an issue that has been at the forefront again… If you’re living in a confined environment, that’s also a dangerous environment, there’s no escape from it, and to have to go through a lockdown in that kind of abusive relationship, to me is just beyond brave and heroic…

‘The tactics of coercive control and a lot of the mind games that have been played are the same that terrorists use when they have hostages. For people to actually understand that it’s like living with a terrorist in your own home, that extreme cycle of violence.

‘You’re terrified if you leave, there’s also financial pressures. If you haven’t got an income, if you’re not the breadwinner of the household, how do you leave with your children? How do you support your children?

‘And they’re just going to come after you and follow you and make you come home. And then you’ll be in much more trouble than you were to start with. So it’s such a complex issue. And I think people can be very blahzay about this.’ 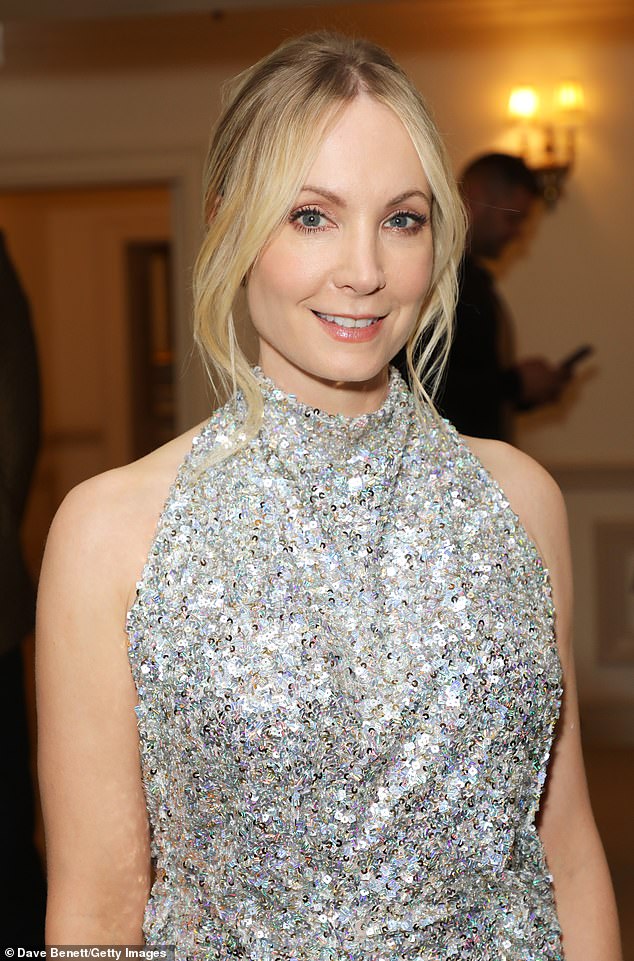 Joanne said: ‘I’d like to be judged on my sense of humour, my personality, my intelligence, my talent, the things I’ve achieved. And if someone thinks I’m nice to look at, great’

Joanne advocates for teaching in school to combat domestic abuse and coercive control for teens.

She said: ‘Unfortunately speaking to the advisors from Women’s Aid (who advised Angela Black) it doesn’t seem to be changing for the younger generation.

‘I was hoping, you’d be seeing less cases like this from our late teens, early twenties generation and they said, ‘no it’s becoming prevalent again especially the coercive control side of things.’

‘And so I’m a big advocate of education in schools, which I know Women’s Aid have been pushing for legislation on the issue because we have sex education for kids at the appropriate age but why aren’t we doing it alongside that?

‘It’s absolutely essential that we do relationship education alongside that – you can’t just teach somebody the birds and the bees. And if they’re not getting a good example at home, where else are they going to learn it?’ 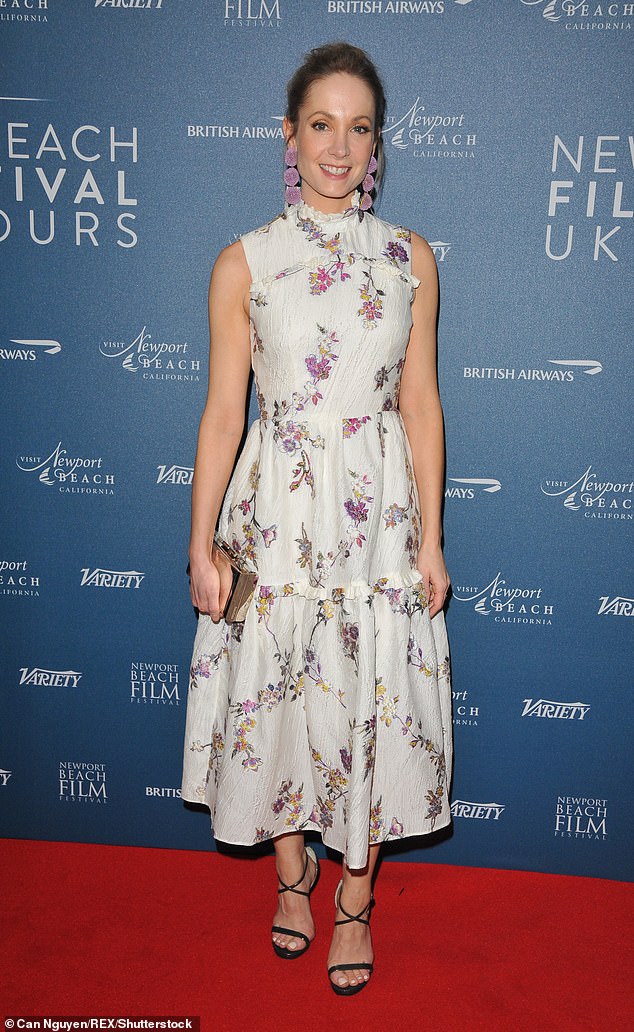 Early days: The Angela Black star also opened up about her financial struggles in the early days of her career, saying she was once one mortgage payment away from quitting acting