Jason Sudeikis lets out his inner Ted Lasso when asked about a possible fourth season: ‘We got to take it one game at a time’


Jason Sudeikis plays Ted Lasso so well in the Apple TV+ series that he’s seemingly taken on some of the soccer coach’s wisdom.

The actor, 46, gave the perfect coach’s response when asked about whether a fourth season of the show is in the cards.

‘I feel like a real coach when I have to tell folks you can’t look at season 4 when we’re in the middle of season 3,’ the star told Entertainment Tonight. ‘We can’t worry about the championships when we’re in the first round of playoffs, you know?’ 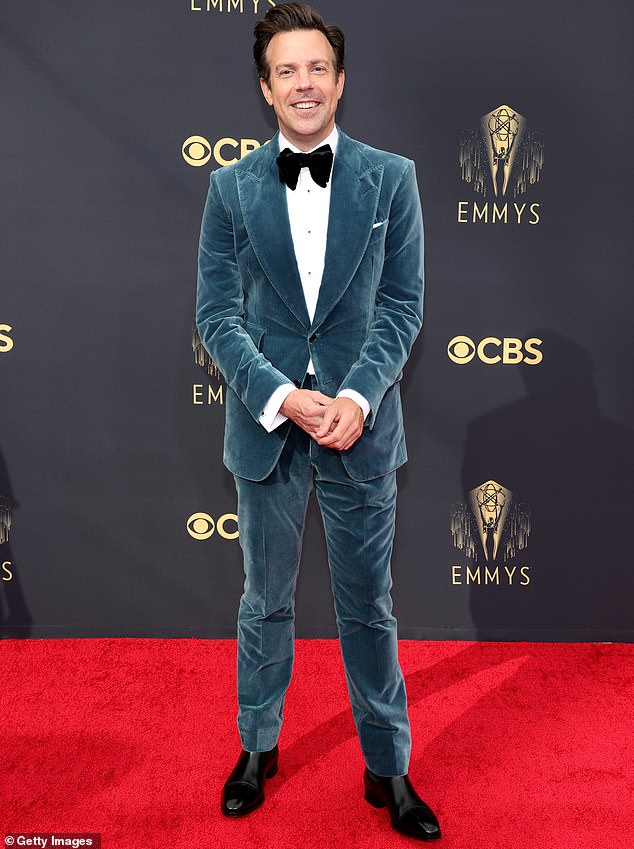 Coach Sudeikis: Jason Sudeikis gave the perfect Ted Lasso response when asked about a potential fourth season for the show; seen in September

The SNL alum added, ‘We got to take it one game at a time.’

‘As cliché as that may sound, there’s actually truth. It’s hard to think about what to do in the distant future when you’re trying to deal with what’s right in front of you.’

Ted Lasso has received much critical acclaim in recent weeks. The show was awarded with 20 Emmy nominations and took home seven awards. 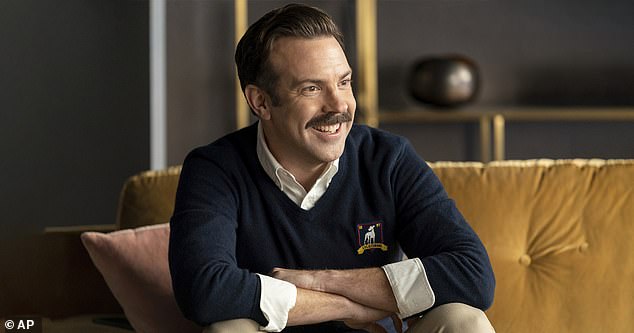 Not getting ahead of himself: Sudeikis, seen here as Ted Lasso in the show said that they are focused on season 3 right now and they have to, ‘take it one game at a time’ 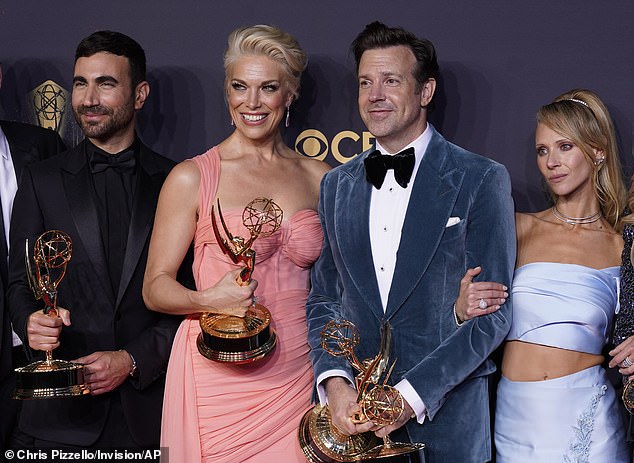 Sudeikis and his co-stars Hannah Waddingham and Brett Goldstein took home acting honors at the ceremony as well.

According to The Hollywood Reporter, the show’s third season is set for release next summer.

Many of the Ted Lasso’s stars will return for the show’s third outing including a couple who play characters that seemingly made an exit from the series.

James Lance, who plays reporter Trent Crimm in the series, will return for the third season as will Sarah Niles who plays Dr. Sharon Fieldstone, executive producer Bill Lawrence revealed in an interview with Deadline. 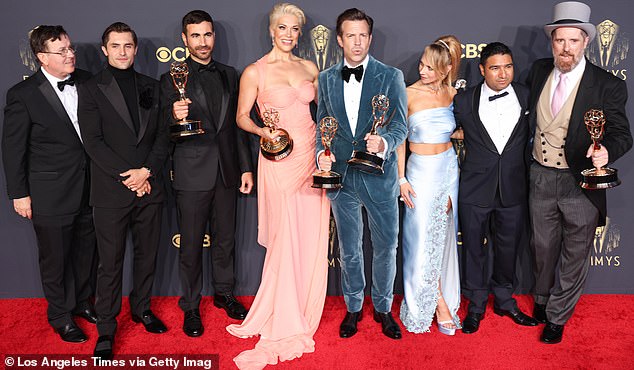 Another season on the way: The star-studded cast will reconvene next year to film the show’s third season 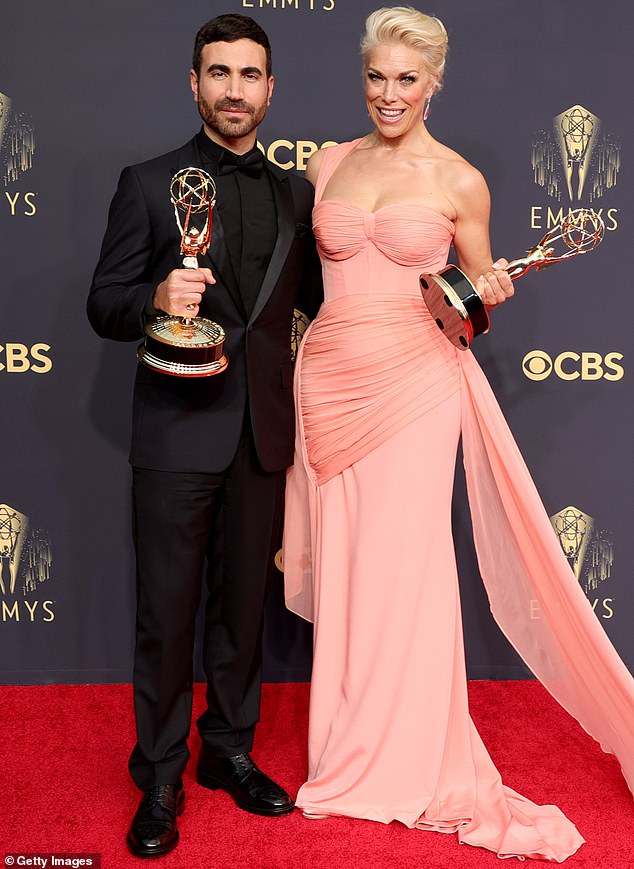 While his professional career has taken off in recent years, he’s also seen quite a bit of change in his personal life as well.

The We’re the Millers star split from his longtime partner Olivia Wilde in November 2020. The two started dating in 2011 and had two children, a son named Otis, 7, Daisy, 5.

Sudeikis is now dating Keeley Hazell. The two met on the set of Horrible Bosses 2 and were first linked in February, according to Us Weekly.

Wilde, on the other hand, struck up a romance with Harry Styles late last year that is still going on. 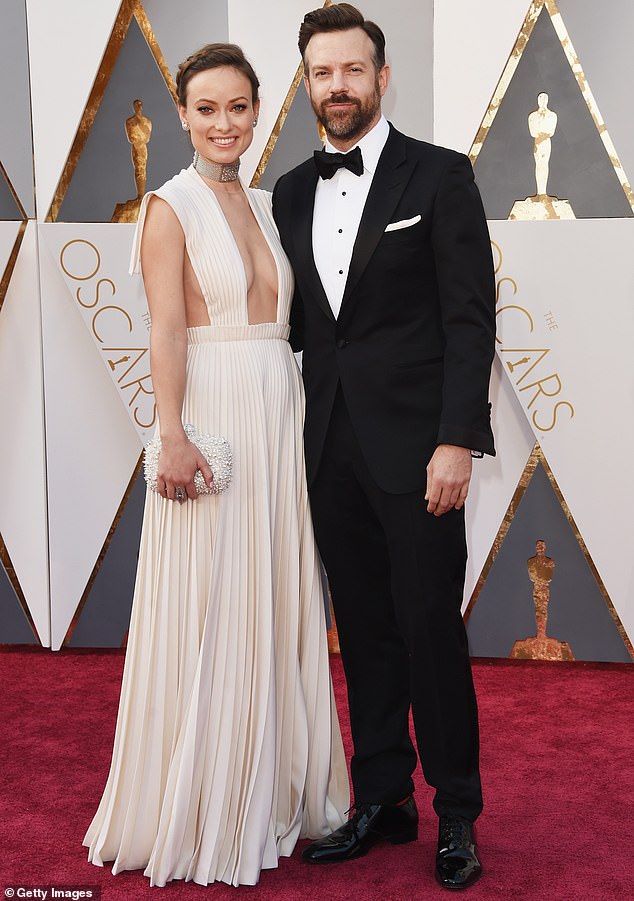 Lots of personal change: The We’re the Millers star split from his longtime partner Olivia Wilde in November 2020