Jeff Lewis has announced that he is planning to add another child to his family after finding a new surrogate.

The 51-year-old Flipping Out star spoke about the new updates in his personal life during Thursday’s episode of his SiriusXM podcast Jeff Lewis Live, where he noted that he was currently planning out the expansion of his family.

The reality television personality was previously embroiled in a legal battle with the surrogate mother of his daughter, Monroe Christine, currently aged four. 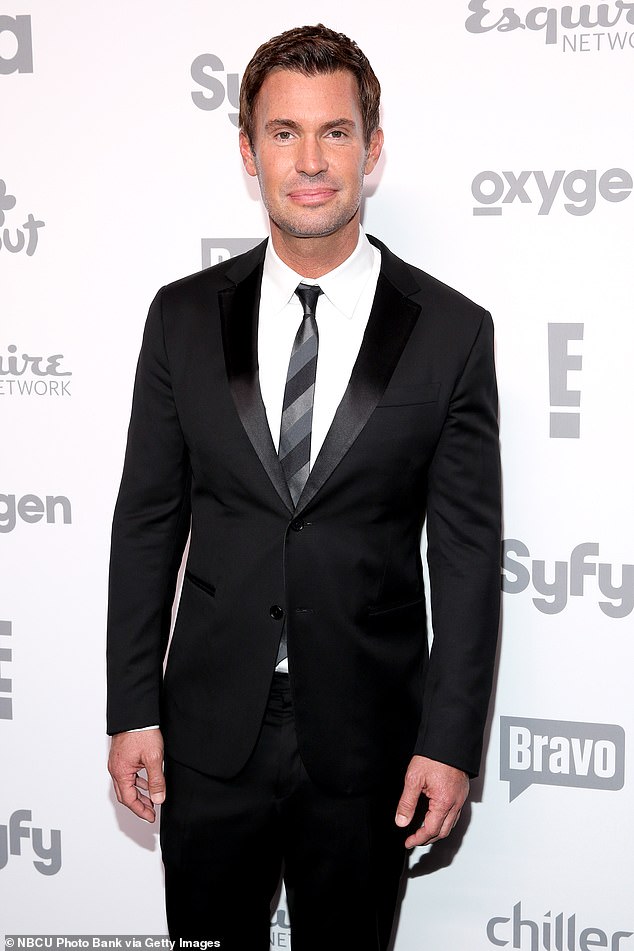 Another one: Jeff Lewis announced that he had found a surrogate for his second child during Thursday’s episode of his SiriusXM radio show; he is pictured in 2015

Lewis began discussing the topic by noting via TooFab that he got along quite well with the potential mother of his new child and expressing that the two were currently talking things over concerning his desires as a parent.

He revealed that he had ‘matched with a new surrogate. I like her a lot. We’re actually in the contract phase.’

The real estate speculator then noted that he was also planning out a timeframe for the birth of his next child, which would likely occur next year.

He stated: ‘I was like, ‘This is what’s happening. We could potentially do a transfer in December or January, that gives us a September or October baby, blah blah blah.” 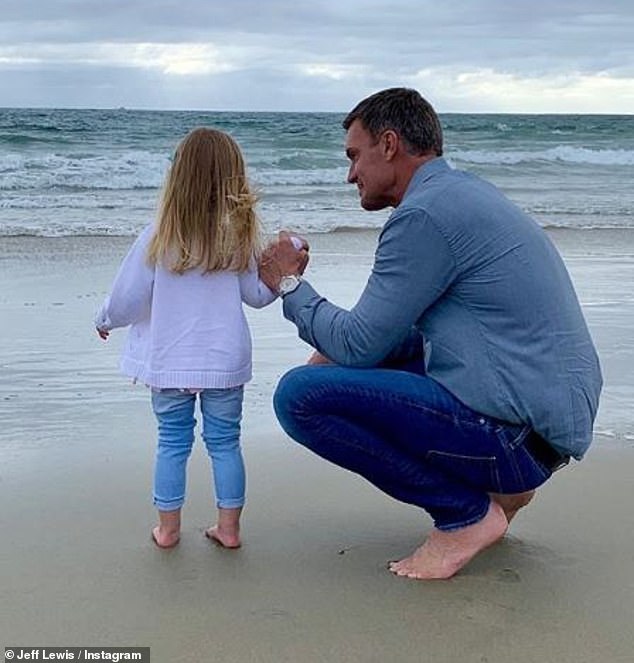 In the works: The Flipping Out star also expressed that he and the potential surrogate are currently ‘in the contract phase’ 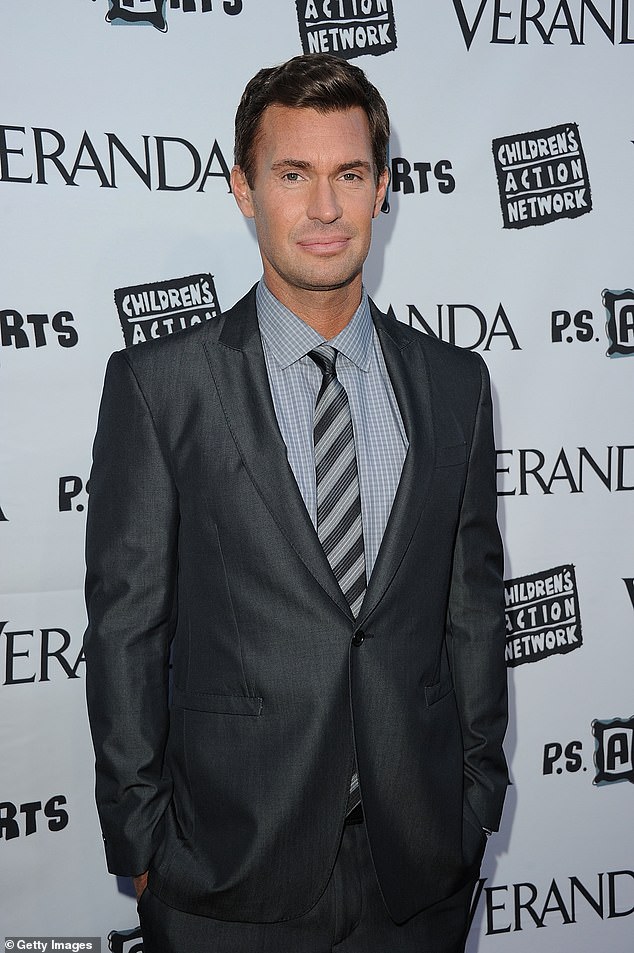 Not the first: The reality television personality previously welcomed his daughter, Monroe Christine, via surrogate in 2016; he is pictured in 2011

Lewis then spoke about the challenges he faced when deciding what kind of child he wanted to welcome into his life.

The interior designer then noted that he was open to the idea of adding two children to his family when speaking to his co-host.

He said: ‘Megan was giving me really serious advice — she’s a mother of three…I said, ‘To be honest with you, Megan, I really want both of them.” 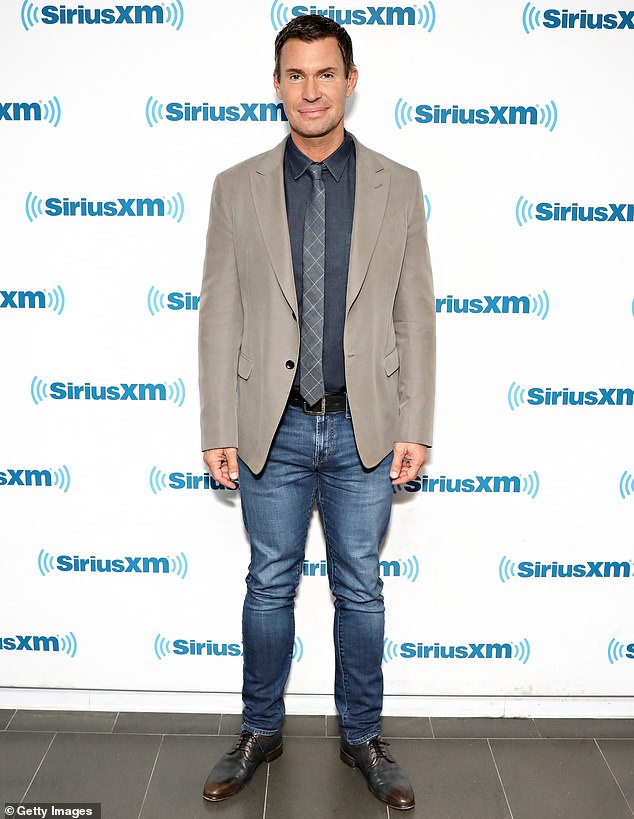 Maybe more: Lewis also noted that he was open to the idea of welcoming two children into his family; he is seen in 2018

Lewis went on to note that he had placed his Hollywood Hills home on the market and had cut the price by half a million dollars in anticipation of his child’s impending arrival.

The reality television figure then alluded to his previous experience with surrogacy and hinted that he was unable to discuss the terms of his legal situation with his former surrogate.

‘Yes, I have learned from my past mistakes…I’m not allowed to talk about that kind of stuff,’ he expressed. 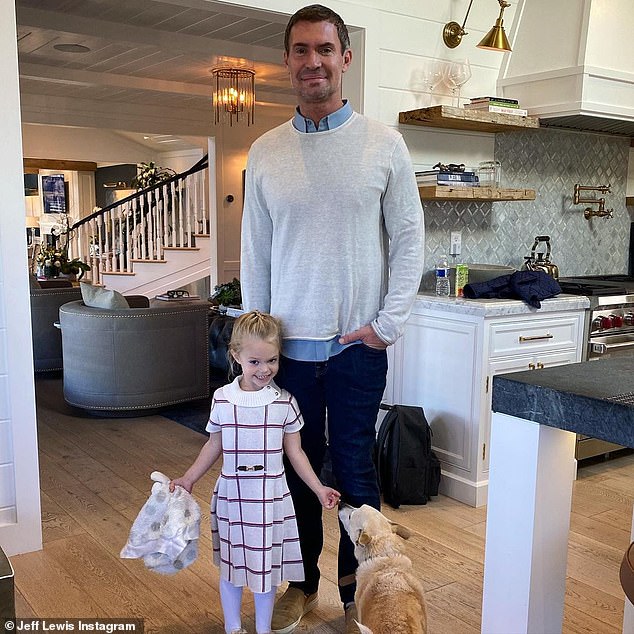 Doing his thing: Lewis previously placed his Hollywood Hills home on the market in anticipation of adding another child to his family

Lewis was previously served legal documents by his surrogate, Alexandra Trent, who, according to Variety, did not consent to be filmed while she gave birth.

She also alleged that the real estate figure and his former partner, Gage Edward, made ‘disgusting’ comments about her on the program.

Trent noted that she was unaware that cameras had captured her giving birth to Monroe Christine until after the episode with the footage had already aired.

However, she later dismissed all claims against Lewis and Edward in 2019. 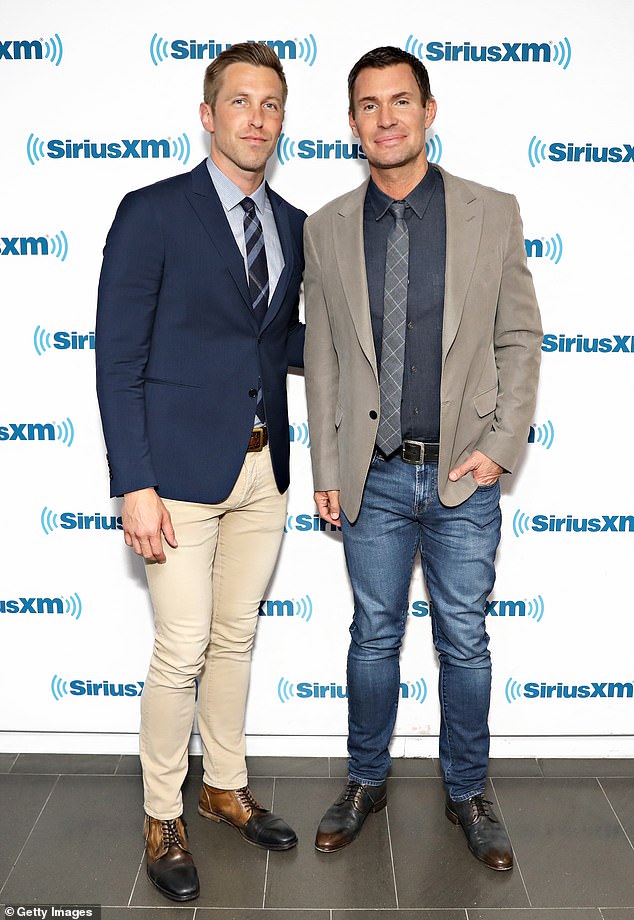 In hot water: Lewis and his former partner, Gage Edward, were previously sued by Monroe Christine’s surrogate mother, although the lawsuit was later dismissed; the former couple is seen in 2018

The former partners separated that same year and began a prolonged custody battle, which was settled after just over two years of back-and-forth arguments.

The pair attempted to reconcile and rekindle their romance following their split, although they eventually separated for good.

Lewis later resumed a relationship with his former partner, Scott Anderson, and they went their separate ways this past January. 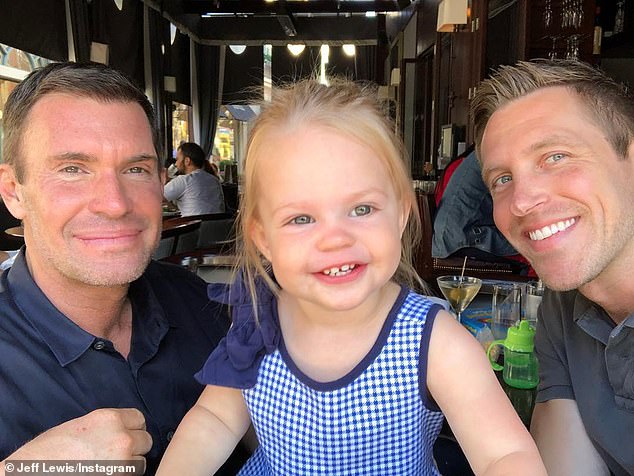 Going their separate ways: Lewis and his former partner separated in 2019 and tried to reconcile their romance after their initial split, although they did not remain together