Jennifer Lopez is destined to settle down with Ben Affleck and used to hate her famous backside, according to her former PR representative.

Brit PR guru Rob Shuter, 48, managed the superstar between 2003 and 2005 and personally wrote the Hollywood power couple’s break-up statement when they first split in 2004.

But he believes the pair only separated because of Ben’s addiction demons, and now the former Batman star finally appears to have beaten them, he predicts Bennifer, as they’re known to fans, will finally get married. 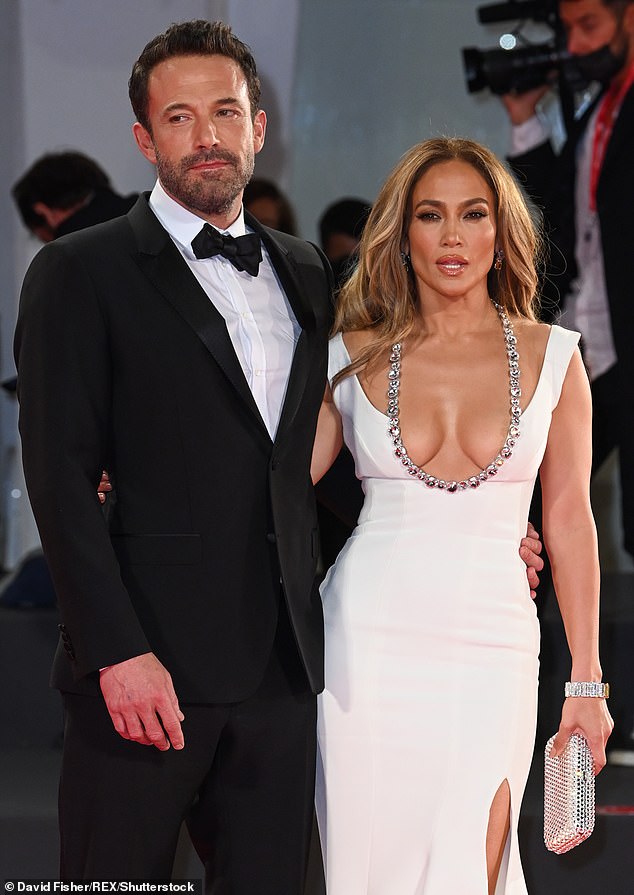 ‘Now is the right time’:Jennifer Lopez is destined to settle down with Ben Affleck and used to hate her famous backside, according to her former PR representative (pictured in September)

Speaking exclusively to MailOnline, Rob said: ‘Ben was the one that got away. When they broke up his demons were a secret.

‘Since then, he has been very honest about his struggles and has confronted them. They had the right love at the wrong time. Now is the right time.’

Jennifer, 52, rekindled her relationship with Ben, 49, in May this year following her split from former fiancé, baseball star Alex Rodriguez, 46.

They’ve become inseparable ever since, recently making their first red carpet appearance in 15 years, sparking talk that they could get engaged for the second time. 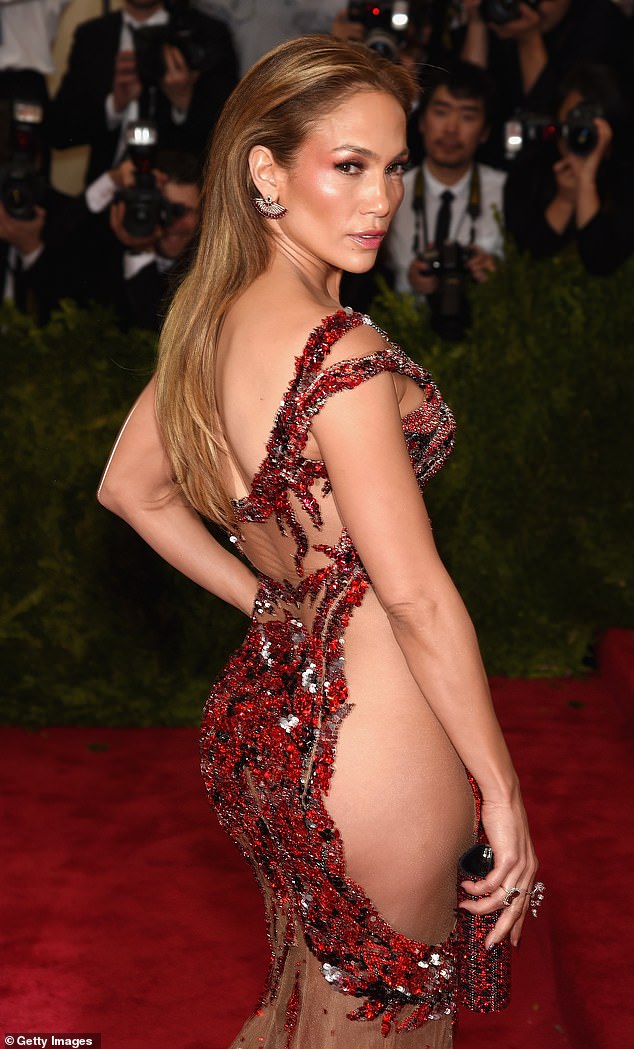 Stunner: PR guru Rob Shuter, who managed the star between 2003 and 2005, told MailOnline ‘there was a time in Jennifer’s life when she didn’t like her big bum’ (pictured in 2015)

Nobody knows Jennifer better than Birmingham-born Rob, who has written a book about his life as a showbiz manager in Hollywood.

The podcast host and TV presenter says himself and Jennifer, known to millions as J-Lo, were so close she didn’t even wear makeup in front of him and he knows her deepest darkest secrets, including her thoughts on her most famous asset.

Rob said: ‘There was a time in Jennifer’s life when she didn’t like her big bum.’

The superstar has a reputation for being a diva but Rob says she was the total opposite. Indeed, an entire chapter of his book is dedicated to kindness, a trait his former client had in abundance. 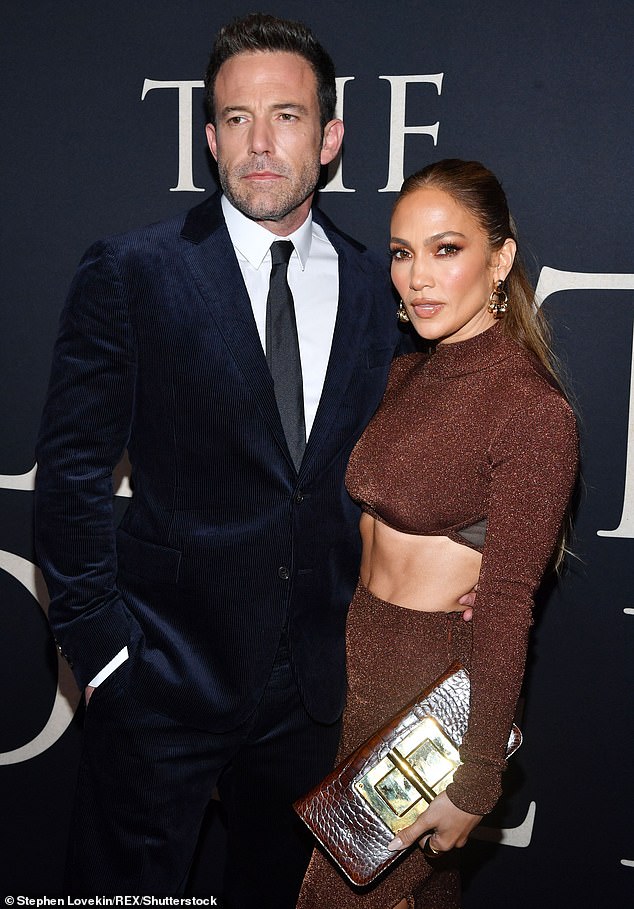 Hope: Rob believes the pair only separated because of Ben’s addiction demons, and now the Batman star finally appears to have beaten them, he predicts Bennifer will finally get married (pictured in October)

He explained: ‘I know we’ve all heard horror stories about celebrities but I have a chapter on kindness and Jennifer Lopez. She taught me nobody is kinder to themselves than celebrities.

‘The cornerstone of kindness is acceptance and Jennifer Lopez really accepts who she is, she’s comfortable in her own skin, she knows who is she, but most importantly, working with Jennifer, she’s managed to turn down that nasty voice in her head that we all have telling us we’re not good enough or smart enough, we shouldn’t be doing this, a nagging self-doubt we have.

‘She’s turned down the volume and that’s what allows her to be Jennifer Lopez, she doesn’t get nervous, she gets focused.’

As well as the Love Don’t Cost a Thing singer, he also looked after superstars including US singer Jessica Simpson, rockers Bon Jovi and another of J-Lo’s lovers, rapper Diddy – previously known as Puff Daddy, P.Diddy and Puffy. 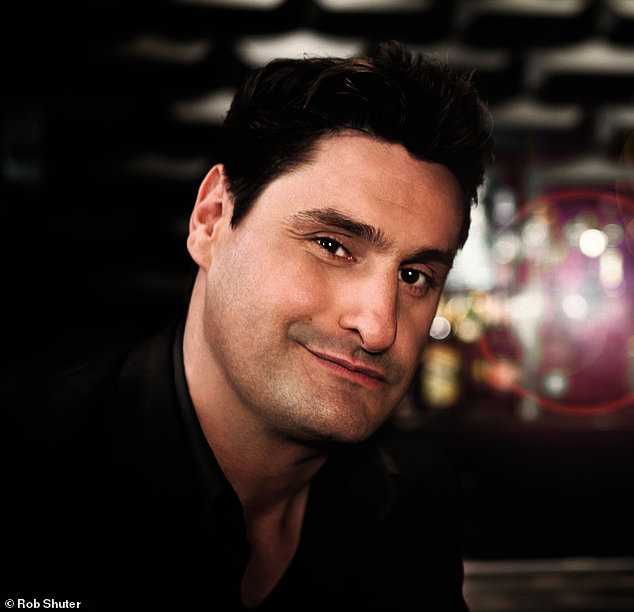 Author: Jennifer’s ex manager (pictured), who’s also worked with Jessica Simpson, Bon Jovi and Diddy, has dedicated a chapter in his new book The 4 Word Answer to J.Lo and her kindness

Rob says he managed the hip hop star through ‘every name change’ and admits he learned so much about life from Diddy.

He explained: ‘Diddy, who I adore, puts on a show and is so theatrical and delicious. He told me the most important person in your life is you. When people don’t like you, leave.

‘I spent so much wasted time trying to get people to like me. If you don’t like me, my tribe is there, and people will like you – stop wasting time hanging out with people that don’t like you.

‘Once you feel you’re important you’ll invest in yourself. I deserve to do the work and get results. Nobody works harder than Diddy; his success is not an accident.

‘He would say the only currency that success accepts is effort. He gets up early and does the work.’ 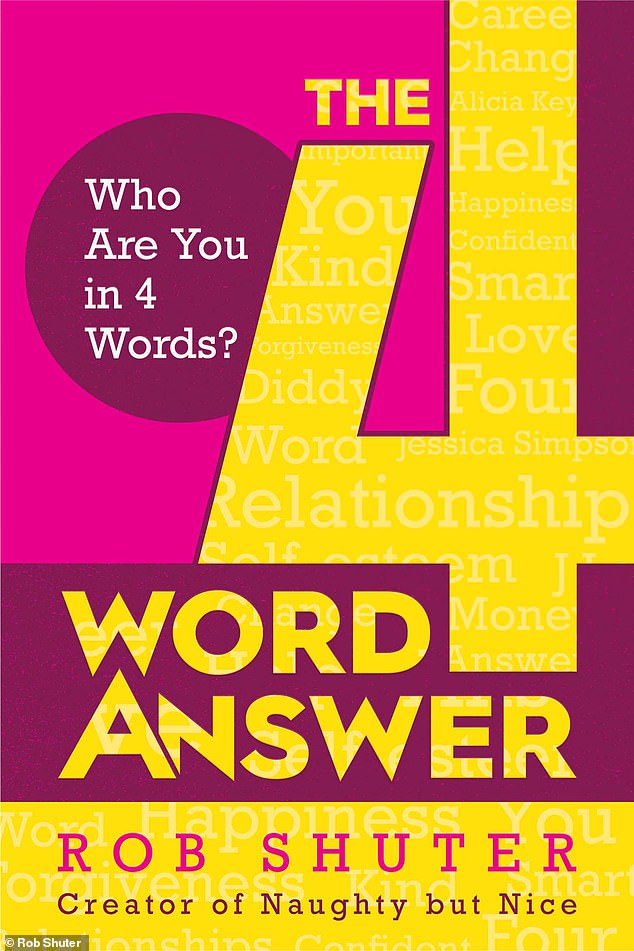 Self-help: Rob’s book documents his rise from a schoolboy in Birmingham to directing the lives of Hollywood royalty and becoming the executive editor of OK! magazine in the US

Rob’s book, called The 4 Word Answer, documents his rise from a schoolboy in Birmingham to directing the lives of Hollywood royalty and becoming the executive editor of OK! magazine in the US, landing Britney Spears’ first interview after her 2007 breakdown.

He wants to become an inspiration to youngsters who feel like they can never achieve their dreams, especially those with disabilities like himself as he was born partially death and with limited movement in one arm.

Rob, who is married to husband, US musician Bruce Sussman, added: ‘I was a little gay boy with a disability in Birmingham, which wasn’t easy.

‘Thirty years ago, to be a disabled kid in Birmingham – it was rough. I have leaned into all the things that make me different and now it’s like a super power. If I can encourage younger people to believe it gets better and you can’t pretend to be something else.’