Karl Stefanovic has been separated from wife Jasmine and daughter, Harper, one, while they were visiting family in Queensland.

And the Today Show star, 47, was every inch the doting father when he was reunited with the pair on Sunday.

Karl, Jasmine, Harper and their dog, Chance The Yapper, decided to get some sun while enjoying a family stroll together. 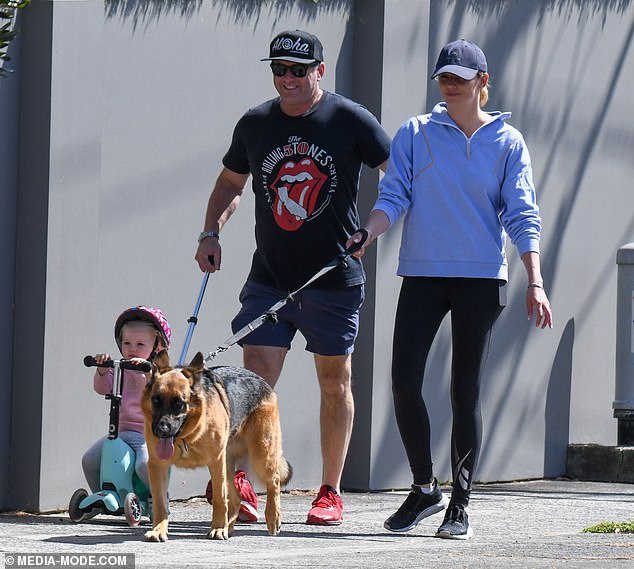 Reunited: Together again! On Sunday, Karl Stefanovic enjoyed a relaxing neighbourhood stroll with wife Jasmine and daughter Harper, one, after they were reunited

The breakfast show star looked to be in a good mood as he walked alongside the Mara & Mine shoe designer wife.

Karl was seen elsewhere cuddling up to Harper while on a balcony.

The star kept it casual in a Rolling Stones t-shirt and a pair of blue shorts. 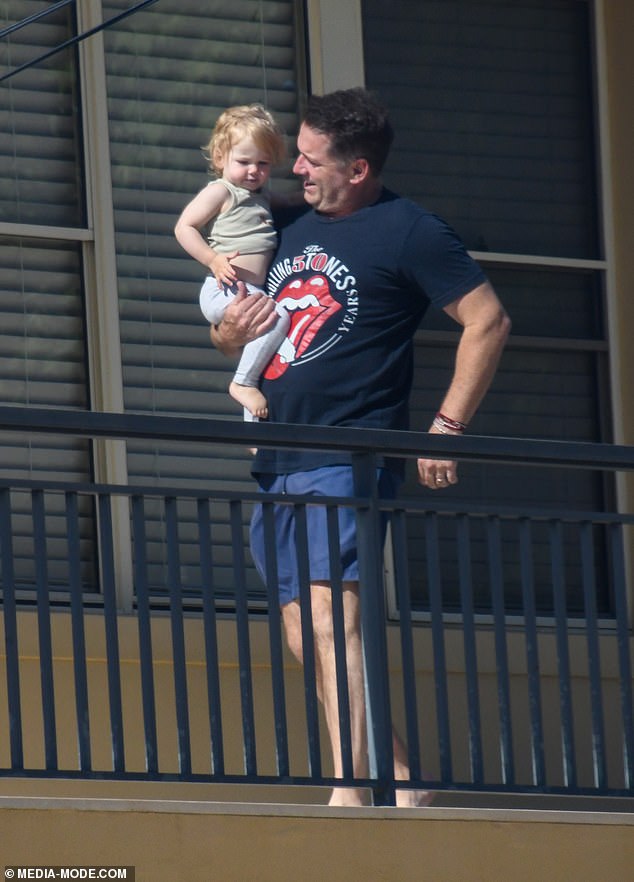 Daddy! Karl, Jasmine, Harper and their dog, Chance The Yapper, decided to get some sun while enjoying a family stroll together. Pictured: Karl holding Harper

He finished his ensemble with a snapback hat, sunglasses and a pair of red joggers.

Jasmine, meanwhile, opted to wear a pair of black tights and a pale blue jumper.

She finished her outfit with a blue snapback cap and black joggers. 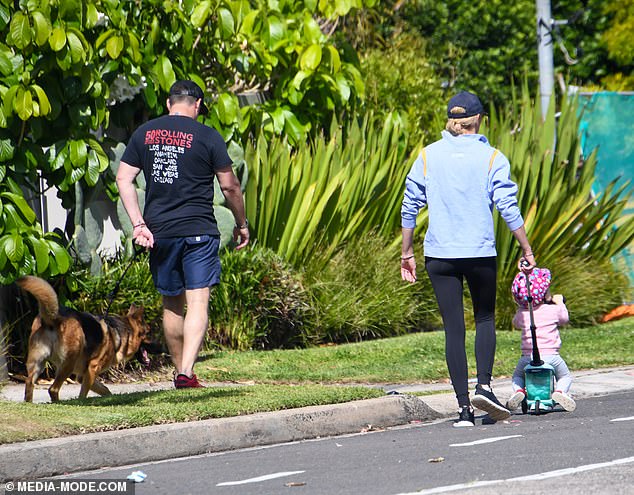 Family stroll: Harper got pushed along in her bike while Karl walked the dog

Jasmine only recently attended the funeral of her beloved grandmother, Isabel Hollingworth.

Jasmine’s husband, Karl Stefanovic, announced on-air in August that his wife had flown into hotel quarantine with their one-year-old daughter Harper May.

He said that she had acquired a special exemption from Queensland Health. 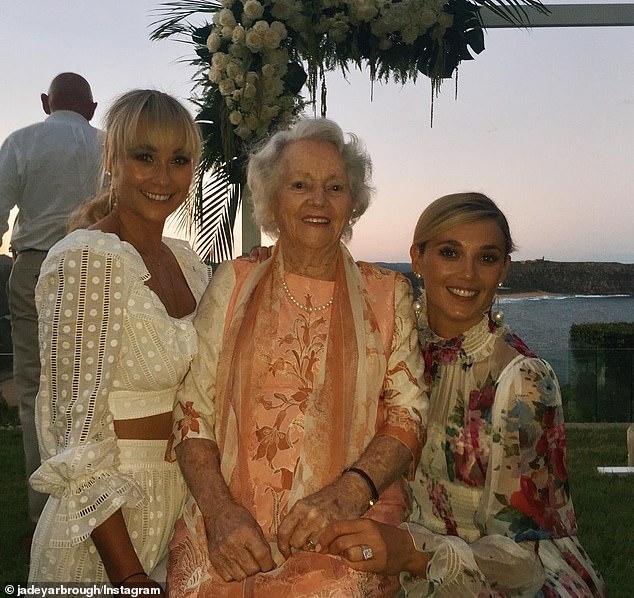 Beloved: Jasmine and her sister Jade have always shared a close bond with grandmother, Isabel Hollingworth (all pictured) 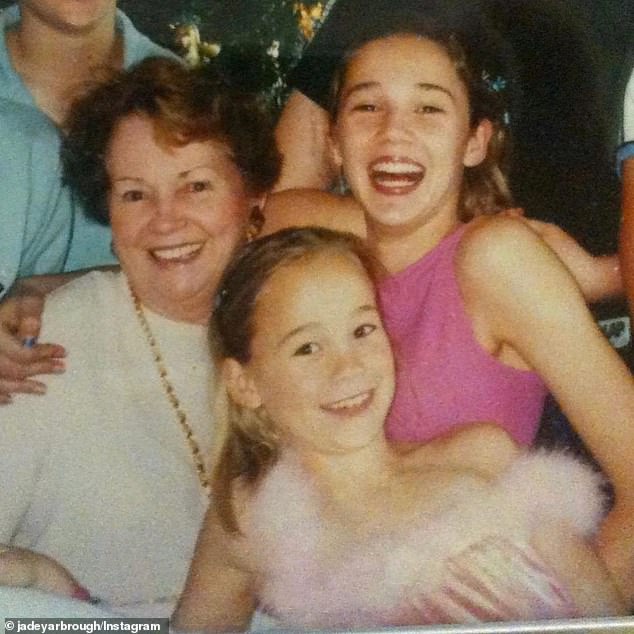 Memories: An older photo shows Jade and Jasmine as children smiling with their nan

The shoe designer visited her ailing nan after she completed 14 days of hotel quarantine with Harper.

Jasmine had kept it a private matter but previously shared a photo of her holding her grandmother’s hand in hospital as she sat by her bedside.

She wrote in the caption, ‘Nana ~ with you now and forever.’ 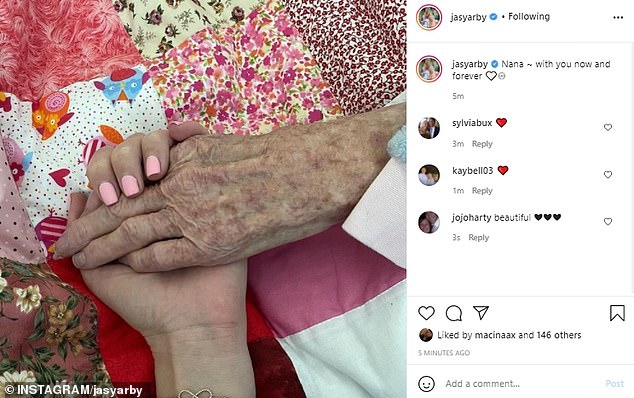 ‘Nana, with you now and forever’: Jasmine shared a photo of her holding her grandmother’s hand in hospital prior to her passing away