Kirsten Dunst and Jesse Plemons took a limo to their night out in West Hollywood.

She finished off her ensemble with a gray skirt that extended to the top of her shins. The skirt had a split on the side that showed off her strong legs underneath. 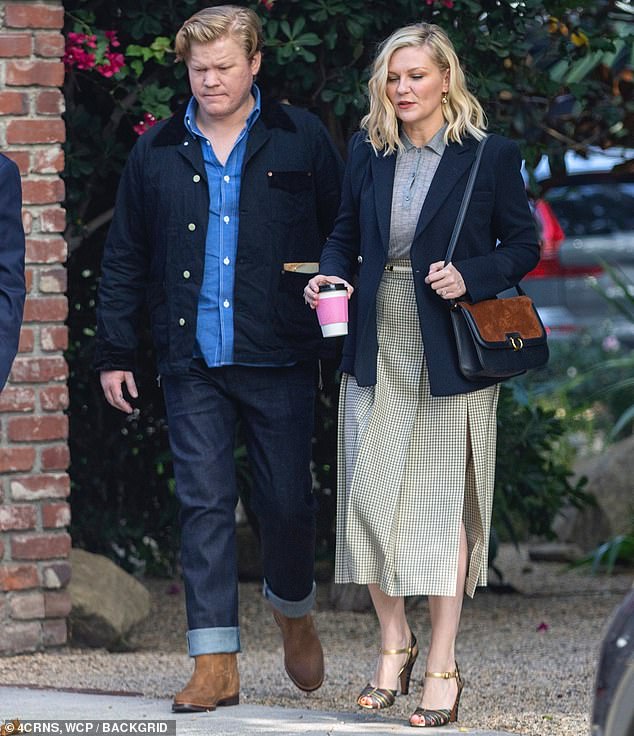 Spending the evening out: Kirsten Dunst and Jesse Plemons took a limo to their night out in West Hollywood

She slung a blue handbag over her left shoulder and held a coffee cup in her right hand. Her blonde locks touched the top of her shoulders.

The Breaking Bad actor, 33, wore a black jacket over a light blue button-down shirt. He matched his outfit to his dark blue jeans and finished off his ensemble with a pair of brown boots.

Plemons’ blonde hair was combed up and off to his right reminiscent of Superman’s hair.

The couple got in a limo together to head to a private function. 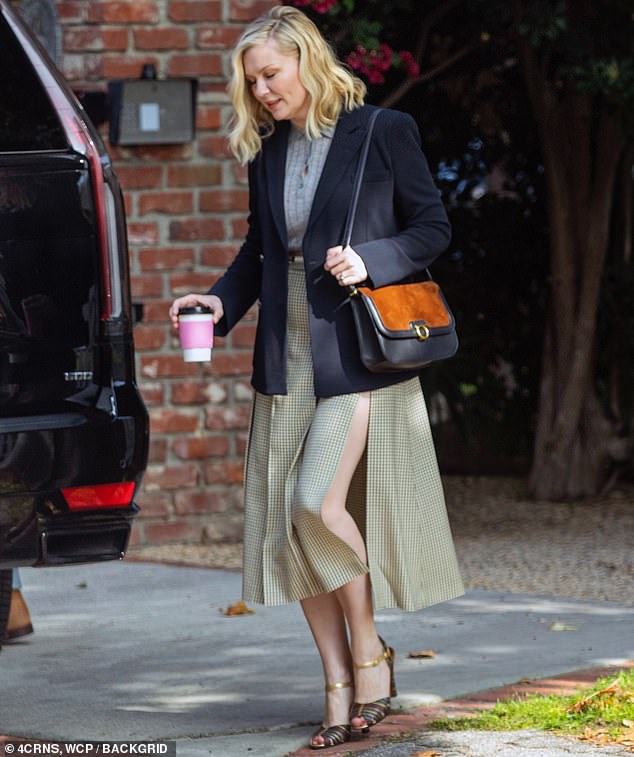 Dressed to the nines: Dunst wore a smart looking blazer and a skirt that showed off her strong legs underneath 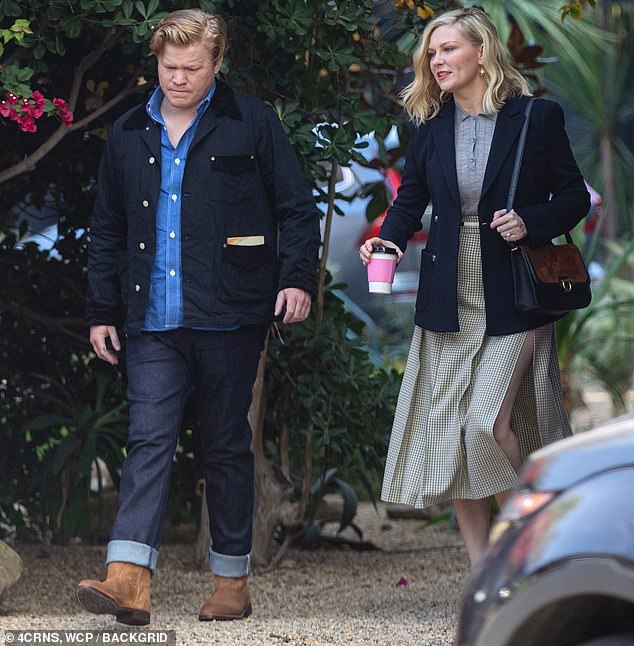 A very happy couple: The pair met while filming season 2 of Fargo in 2015. They played high school sweethearts in the show

The pair met while filming season 2 of Fargo in 2015. They played high school sweethearts in the show.

They got engaged in January 2017. While they’re not married yet, they have two children together. Dunst and Plemons share 3-year-old Ennis and 6-month-old James. 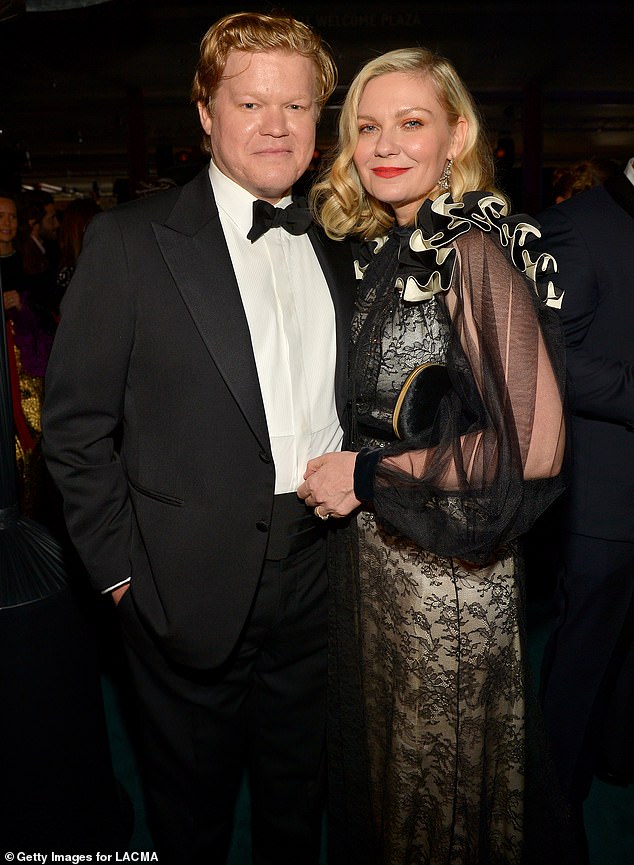 Working hard: Dunst’s most recent film, The Power of the Dog, will come out next week

On top of managing their personal lives together, Dunst and Plemons have a number of upcoming film projects they are working on as well.

One of the majors project they finished recently is The Power of the Dog which they both have a starring role in. The movie centers around a charismatic rancher who slowly opens himself up to love. It will come out in theaters next week.

Plemons will play a starring role in Martin Scorsese’s next film Killers of the Flower Moon. He will star opposite Leonardo DiCaprio and Brendan Fraser in the movie.