Kris Jenner, 66, is seen getting a lap dance from boyfriend Corey Gamble, 41, at a bash in LA… as she emerges for the first time after Astroworld tragedy


Kris Jenner was seen in the partying spirit over the weekend, as she enjoyed a night out on Saturday with her family and boyfriend Corey Gamble at a wedding in Los Angeles.

It is the first time the famous momager has been spotted out following Travis Scott’s Astroworld concert tragedy, that has now claimed a total of ten lives due to a deadly crowd surge on Friday Nov. 5.

Kris, 66, was in attendance for publicist Simon Huck’s wedding to Phil Riportella at the Hotel Bel-Air, along with her daughter Kim Kardashian and friend Jonathan Cheban.

In a video from a Kardashian fan account that emerged yesterday, Kris is seen enjoying a lap dance from boyfriend Corey, 41, as he puts his leg up on Kris’s table and grinds his hips in her direction. 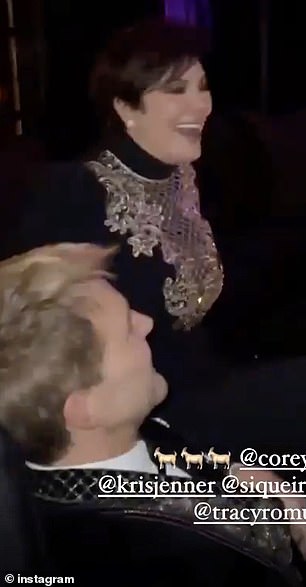 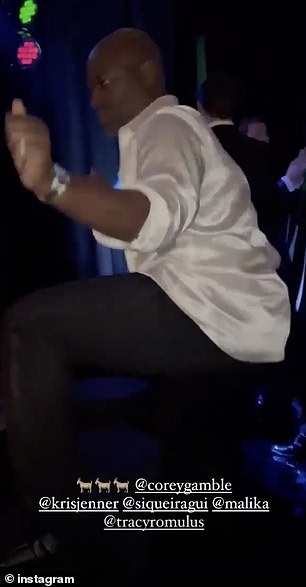 Pictured: Kris Jenner seen getting a lap dance from boyfriend Corey Gamble on Saturday night at Simon Huck’s wedding in LA… as she emerges after Astroworld tragedy

The Kardashian family matriarch looks slightly flustered as Corey continues to dance suggestively to Beyoncé’s Crazy In Love directly in front of her with his leg raised, to cheers and whoops from their friends watching.

Over the past week, Kris’s family members Kylie Jenner, Kim Kardashian, and Kendall Jenner have all broken their silence on the Astroworld tragedy.

Kim issued a statement last Monday, writing: ‘Absolutely heartbroken for the lives who were lost and anyone who was hurt at Astroworld.’

She continued: ‘Just like all of you, our family is in shock by the tragedy. We are keeping all of the victims, families and loved ones impacted in our prayers for healing – as well as Travis who we know cares so much about his fans and is truly devastated.’ 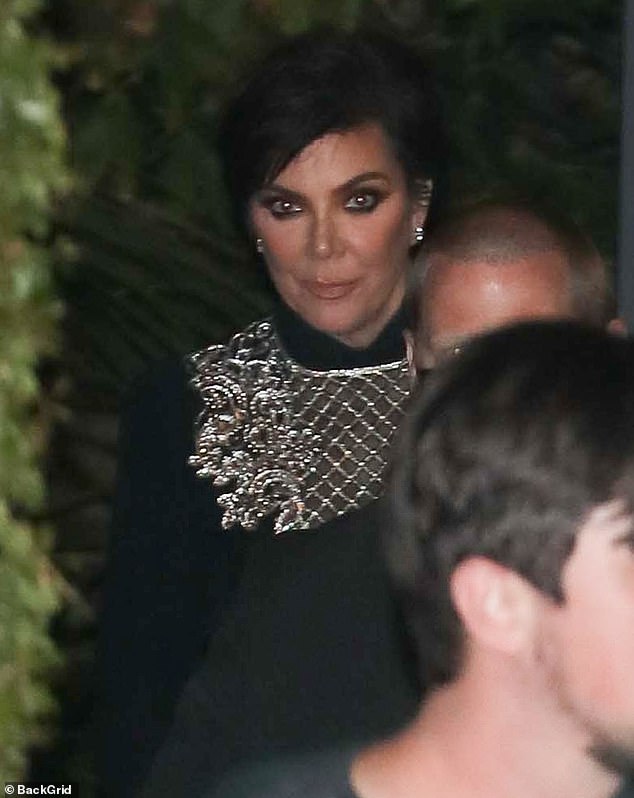 First sighting: Kris was seen on Saturday out for the first time since the Astroworld tragedy as she attended a wedding in Los Angeles with her family and friends

Kendall also said the same day as Kim in a statement: ‘I’m truly broken for the families that have lost loved ones and my prayers go out to everyone involved.’

‘Sending everyone who has been affected all of my love and wishing them strength during this incredibly devastating and sensitive time.’

Meanwhile, Kylie wrote on Saturday Nov. 6: ‘I want to make it clear that we weren’t aware of the fatalities until the news came out after the show and in no world would have continued filming or performing.

She added: ‘I am sending my deepest condolences to the families during this difficult time and will be praying for the healing of everyone who has been impacted.’

Just this week, it was revealed that Travis Scott’s latest sneaker release has been postponed by Nike after a nine-year-old boy became the latest fatality in a deadly crowd surge during his performance at the Astroworld music festival in Houston – bringing the death toll to ten. 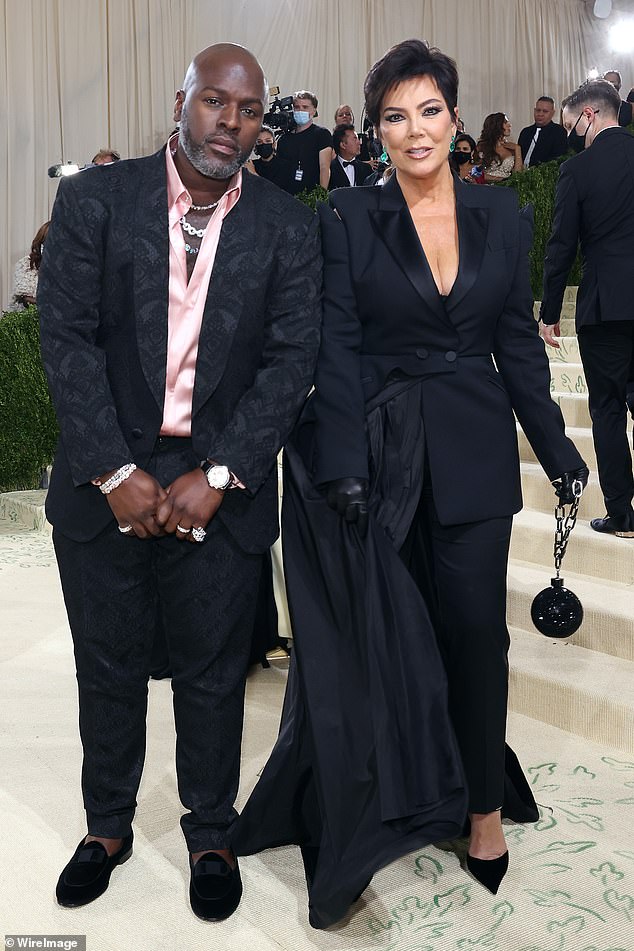 Couple: Kris, 66, and Corey, 41, are pictured at the Met Gala in September this year

The corporate giant released a statement on Monday which read: ‘Out of respect for everyone impacted by the tragic events at the Astroworld Festival, we are postponing the launch of the Air Max 1 x Cactus Jack.’

The couple of runners – which were set to be released in the Baroque Brown and Saturn Gold colorways – were originally slated to be released on December 16.

City officials are investigating what caused the pandemonium at the sold-out event attended by about 50,000 fans.

Houston Police Chief Troy Finner refused to provide a timeline for the police response after a sizable group pushed toward the stage at NRG Park.

When asked about the timing of the police response after it became apparent things had become dangerous, Finner said the police department was still in the early stages of its investigation and that he was ‘not gonna discuss timelines.’ 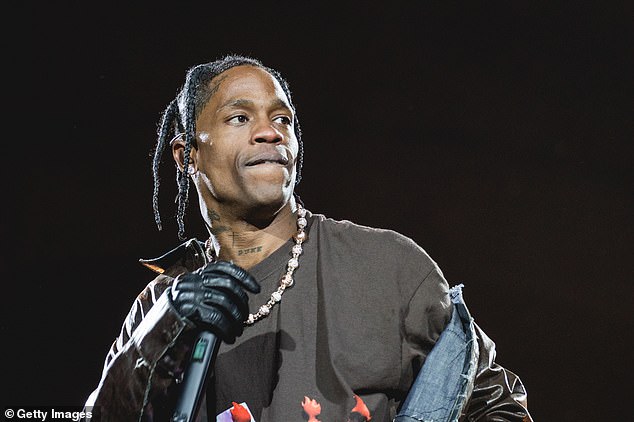 Tragic: Travis Scott’s latest sneaker release has been postponed by Nike after a nine-year-old boy became the latest fatality in a deadly crowd surge during his performance at the Astroworld music festival in Houston (pictured)