He starred as the title character in the original Dune movie in 1984.

And on Thursday, Kyle MacLachlan returned to the world of Arrakis when he attended the red carpet premiere of the latest film adaptation of the epic science fiction saga in Queensland.

The 62-year-old actor was all smiles as he posed for the camera in front of the poster for the new movie. 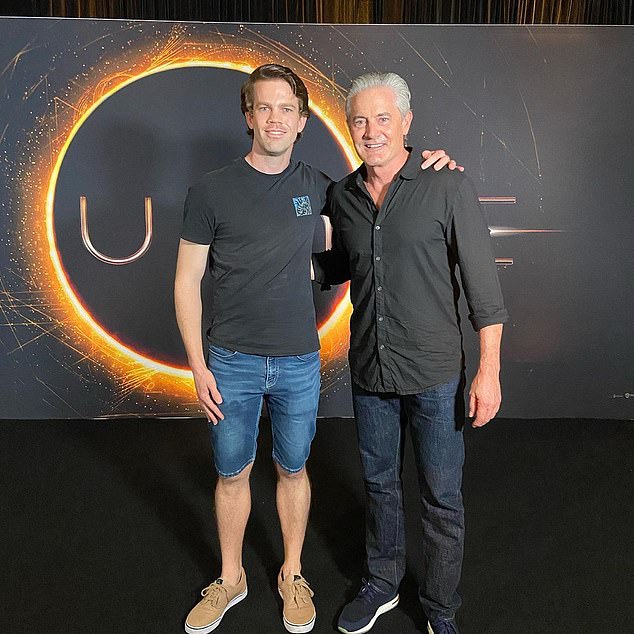 He’s back! Kyle MacLachlan (pictured right) starred as the lead character in the original Dune. And on Thursday, he attended the premiere of the latest film adaptation in Queensland

The Twin Peaks star dressed casual in a long-sleeve black button-up, navy-blue jeans and completed the look with a pair of black and white sneakers.

MacLachlan is currently in Queensland, Australia filming the upcoming Joe Exotic TV series, which is based on the 2020 Netflix documentary miniseries Tiger King.

Kyle is playing Howard Baskin, the husband of Carole Baskin who owns Big Cat Rescue and was a significant star in the documentary. 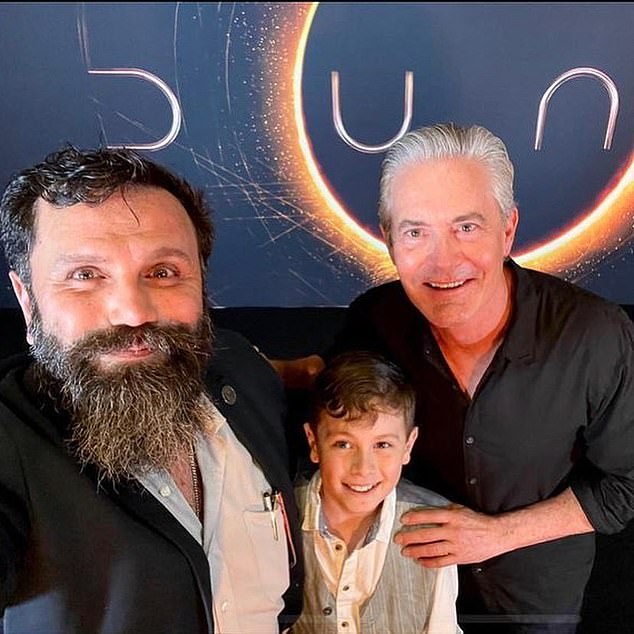 All smiles: MacLachlan poses with his friend and his friend’s son at the premiere

Carole will be portrayed by comedic actress Kate McKinnon.

The Joe Exotic series is currently in production at Screen Queensland’s Studios in Brisbane. 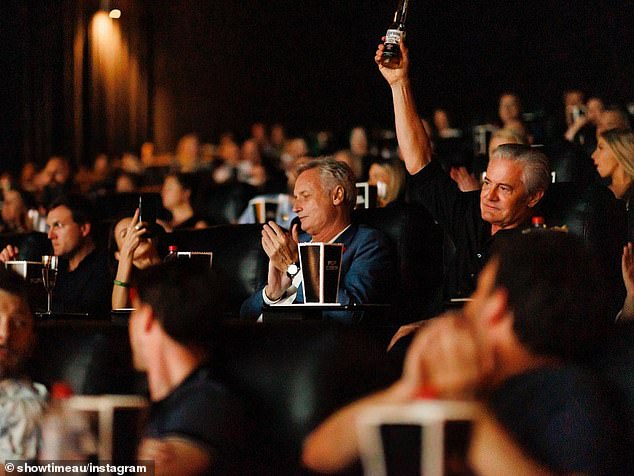 Cheers! The Hollywood actor raised his beer bottle in the air and toasted the new film

The science fiction epic was also MacLachlan’s film debut, after which he starred in Lynch’s mystery thriller Blue Velvet in 1986.

The latest version of Dune stars Timothée Chalamet in the lead role.

It is directed by Denis Villeneuve, who previously helmed Sicario, Arrival, and Blade Runner 2049. 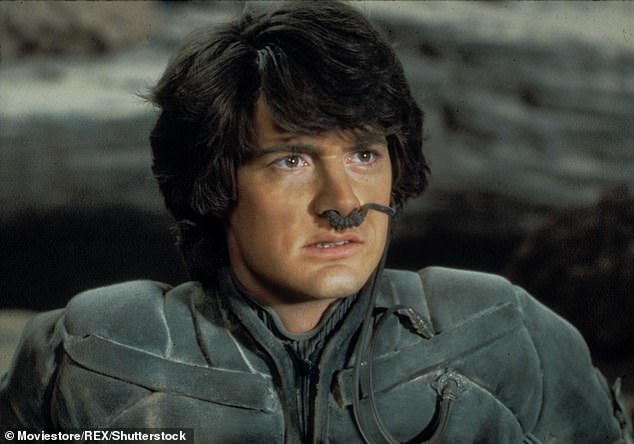