He was a heartthrob on season six of Channel Nine’s hit reality show Married At First Sight in 2018.

And Sam Ball, 28, certainly sent fans’ hearts racing on Sunday, as he stripped down to just a pair of shorts for a sultry photo in his living room.

The reality star, who was paired with Elizabeth Sobinoff on the Australian series, proved he certainly knows his way around a gym in the jaw-dropping image. 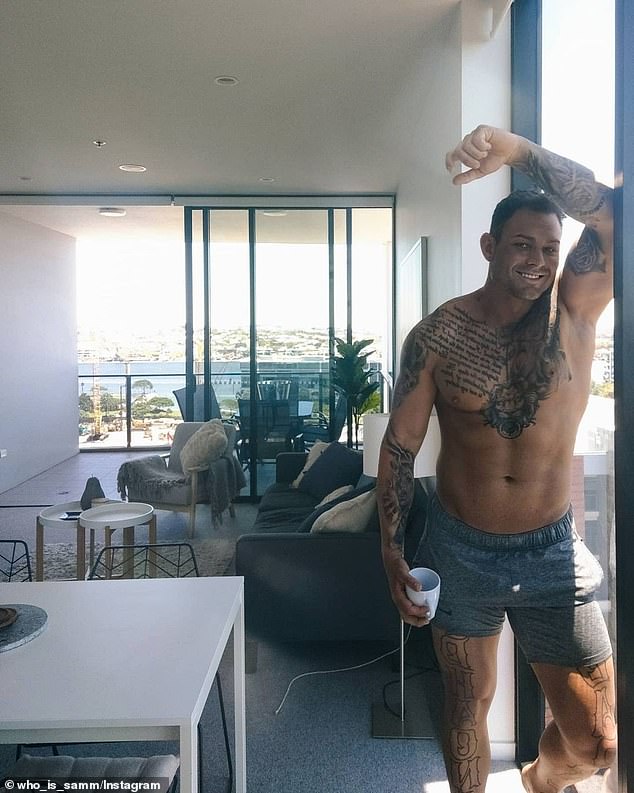 Oh my! Former Married At First Sight star Sam Ball, 28, (pictured) showcased his muscular physique in a raunchy shirtless selfie which he shared to Instagram on Sunday

The hunk showed himself posing in a door frame, highlighting his muscular chest in the process.

He also drew attention to his numerous tattoos on his body. 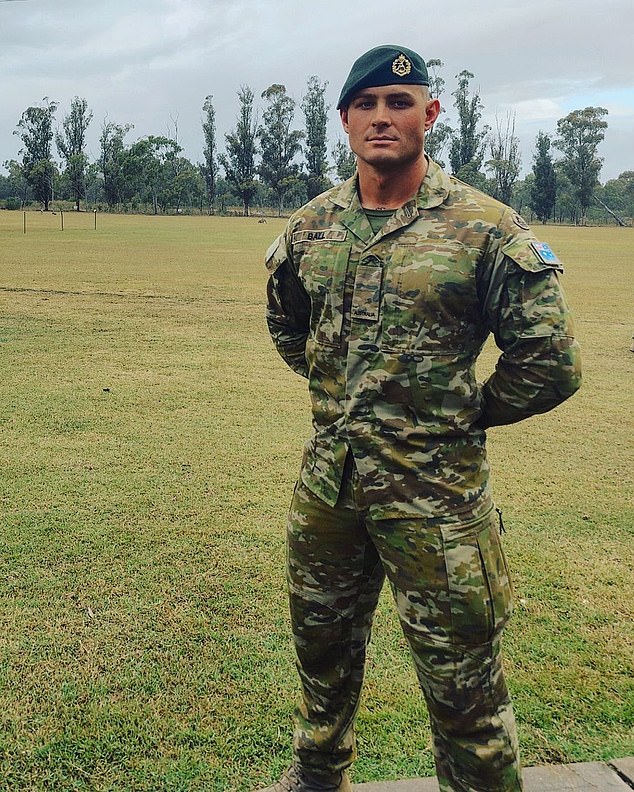 Yes sir! Sam revealed he was accepted into the Royal Australian Regiment in May, sharing a photo of himself in his fatigues

It comes after the star revealed he pride at being accepted into the Royal Australian Regiment back in May.

Posing in his army greens, Sam shared a lengthy caption about his journey into the military and expressed how proud he is to be Australian.

‘Every time I put on this uniform I can’t help but be proud of who I am and what I stand for as a man, what it represents to me,’ he wrote. 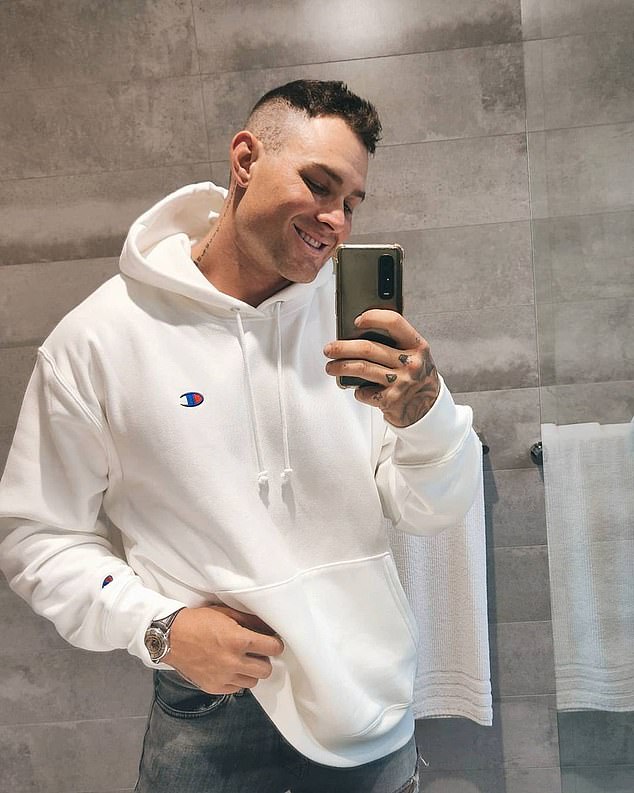 ‘I feel the need to give back to our ancestors and the brave men and women who served and gave there lives for the freedoms we have today,’ he wrote on Instagram

‘I feel the need to give back to our ancestors and the brave men and women who served and gave there lives for the freedoms we have today,’ he continued.

‘In addition it is my responsibility to serve this beautiful country of ours and every individual within it.

‘Earning my skippy and becoming a part of the Royal Australian Regiment means everything to me,’ Sam added.

The reality star finished: ‘Proud to be Australian and be involved in our nation’s defence.’

He even received the Most Outstanding Soldier award upon completing the course, according to a post on the Army Recruit Training Centre – Kapooka Facebook page. 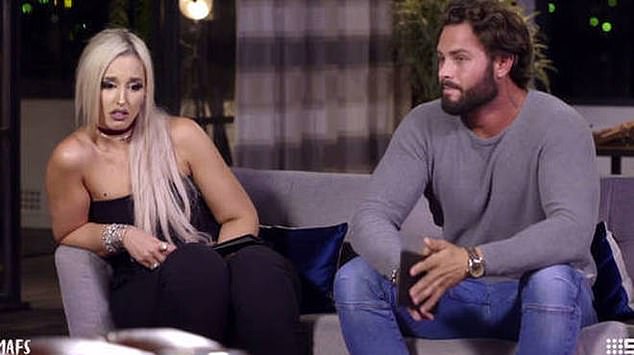 Remember this? Sam was paired with Elizabeth Sobinoff on the sixth season of Married At First Sight (pictured)

The former male model is best known for appearing on the blockbuster sixth season of Married At First Sight.

He was paired with Elizabeth Sobinoff, but their relationship ended in disaster when he cheated on her with Ines Basic.

After receiving backlash for his portrayal on the series, Sam stepped out of the spotlight and has kept a relatively low profile ever since. 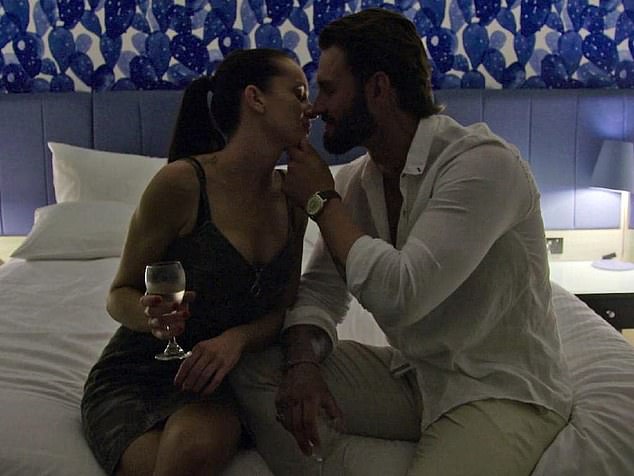 Controversial: Sam memorably had an affair with Ines Basic on the series (pictured)